NEWS THAT CHINA applied pressure to cause the cancellation of a series of Taiwan-themed events at the University of Salamanca in October 2017 may not be too surprising in consideration of increasing Chinese pressure on Taiwan globally. Nevertheless, the incident sets a highly negative precedent for Chinese pressure on Taiwan in academic contexts, whether in Europe or in the world.

The “Taiwan Cultural Days” event would have consisted of three days of activities spread out in the course of a week, with demonstrations of health practices and martial arts in Taiwan, as well as exhibitions of dance, music, and songs that would have included Mandopop, the Cloud Gate troupe, indigenous music, and the Taiwanese heavy metal band Chthonic. Ko Shen-Yeaw, Taiwan’s representative to Spain and former deputy foreign minister of the ROC, gave the opening speech for the event. 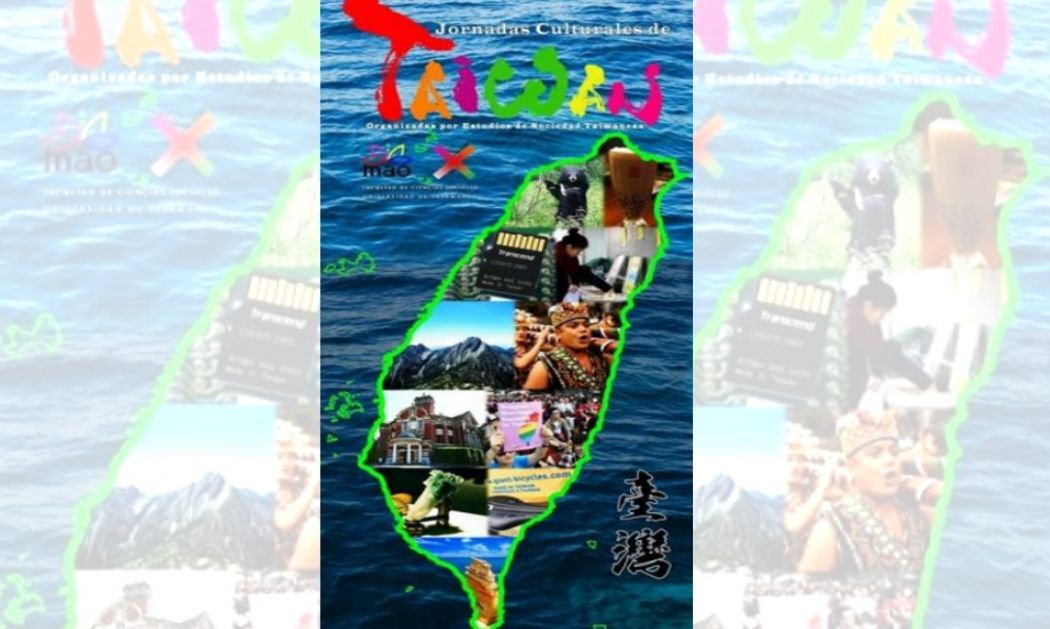 Yet Chinese pressure would come down on the event, demanding the cancellation of the event four days after it began and claiming that if the University of Salamanca did not comply, that would affect the university’s relations with China. In a letter, the Chinese embassy claimed that it did not object to “legitimate academic exchanges,” but claimed that event materials violated the One China Principle acknowledged by both China and the Spanish government. Examples of claimed violations were referring to Ko as the “vice foreign minister of the Republic of China”, “ambassador of Taiwan,” and referring to Taiwan as the “Republic of China (Taiwan)”, although, in an examination of event materials, only the latter two were referred to.

2017 would have been the first year that the “Taiwan Cultural Days” activity would have been held. Other countries such as Japan or China had held similar cultural day activities at the University of Salamanca, seeing as different areas of study in the Master Program in East Asia Studies receive a week for cultural activities. Notably, the Chinese embassy in Spain was aware of the full details of the event, suggesting that information leaked to the Chinese embassy through the university, student body, or observers on campus.

Although the cancellation of the event took place last year, news of Chinese pressure being applied to cancel it only became known last month, after Shiany Pérez-Cheng, a lecturer at the University of Salamanca who was involved in the event, went public with the letter from the Chinese embassy. 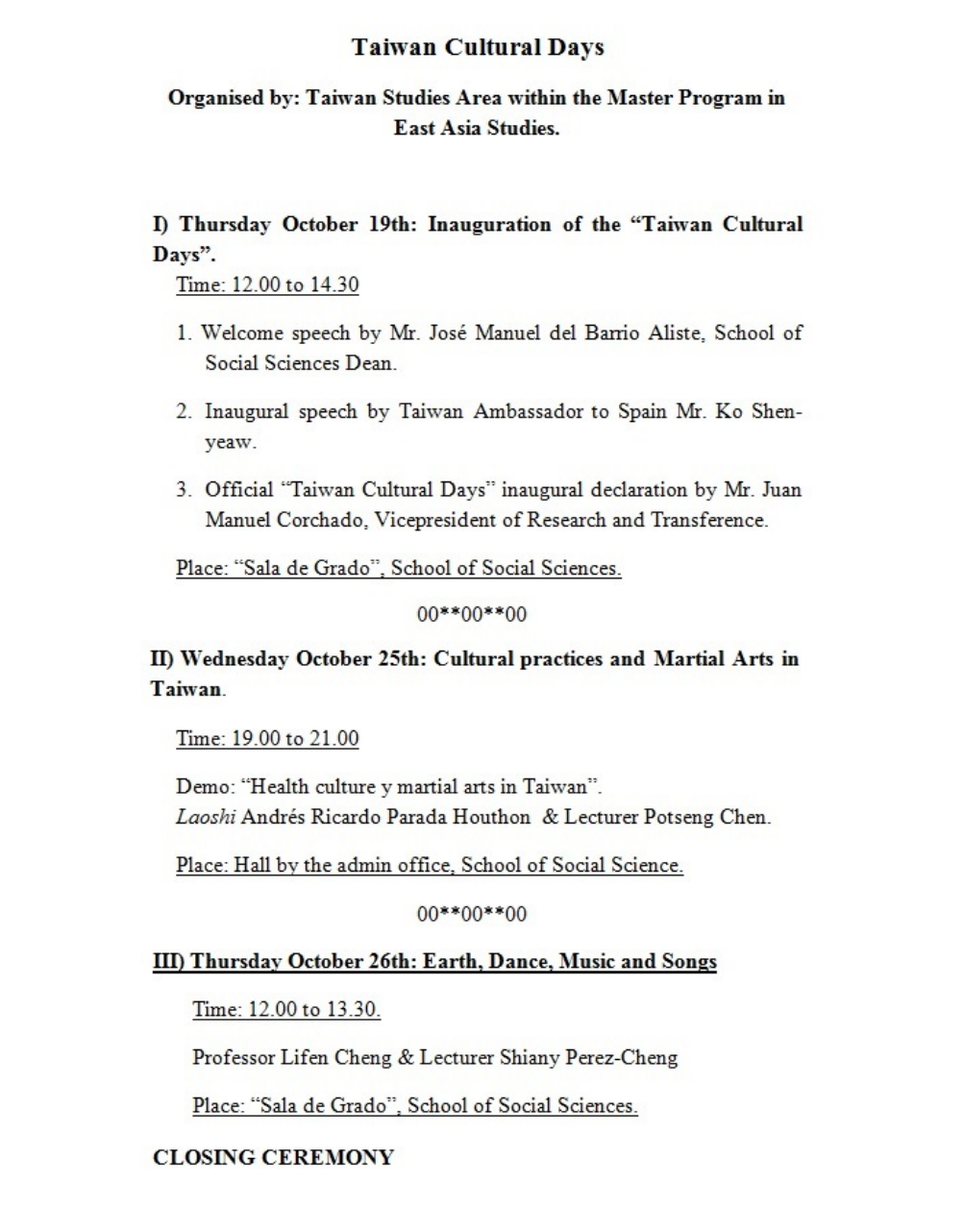 The schedule of the event

According to Pérez-Cheng, news of the cancellation broke only after an email from the Dean’s office to the Taiwan Studies staff at the University of Salamanca, and according to the Dean, instructions on how to deal with the incident came from Madrid. However, Pérez-Cheng would also emphasize that the University of Salamanca itself is also a victim, having been taken unaware by actions from Beijing.

Pérez-Cheng would point to the incident as part of the broader context of “Beijing[’s] documented record of threats against Western academic institutions”, such as with incidents at other academic institutions including Durham University in the United Kingdom, UC San Diego in the United States, and the University of Newcastle and University of Sydney in Australia. Pérez-Cheng further stated that “I believe Spain cannot turn its back on incidents such as the one directed against the University of Salamanca—Spanish civil society has to seriously address this conversation.”

Since news of Chinese pressure as having led to the cancellation, this led to condemnations of China’s actions from the Taiwanese Ministry of Foreign Affairs, as well as for the incident to become a front-page news article on many newspapers in Taiwan. Minister of Foreign Affairs Joseph Wu would also speak about the incident in his opening comments at the 2018 Global Taiwan Institute annual symposium. Pérez-Cheng stated that she had been contacted by media from Germany, France, United Kingdom, the United States, and Hong Kong. Nevertheless, according to Pérez-Cheng, Spanish media has not covered the cancellation, possibly out of apparent fear of offending China.

Indeed, there seems to have been few other incidents of Chinese directly applying pressure to cause Taiwan-related events to be canceled in Europe, although one is reminded of a 2014 incident in which pages from conference materials at a 2014 European Association for Chinese Studies conference in Portugal were removed, reportedly due to interference from the Confucius Institute, and accounts of similar censorship in the United States. However, as to how Chinese political interference on Taiwan-related academic or cultural events is to be resisted still remains to be seen.