THE TAIWANESE MINISTRY of Foreign Affairs (MOFA) found itself embroiled in a small scandal in August after a series of Tweets from its official Twitter account mocked China for banning the recently released film, Christopher Robin, because of its depiction of Winnie the Pooh. Namely, Chinese netizens are fond of comparing Chinese president Xi Jinping’s physique to that of Winnie the Pooh, which has led the Chinese government to try and crack down on images of Winnie the Pooh.

The Tweets caused controversy because they did not seem to strike the right tone that an official government organ should adopt. Nonetheless, it is unfortunate that another set of Tweets by MOFA did not cause controversy for also adopting a tone that the Twitter account of a democratic government should take. 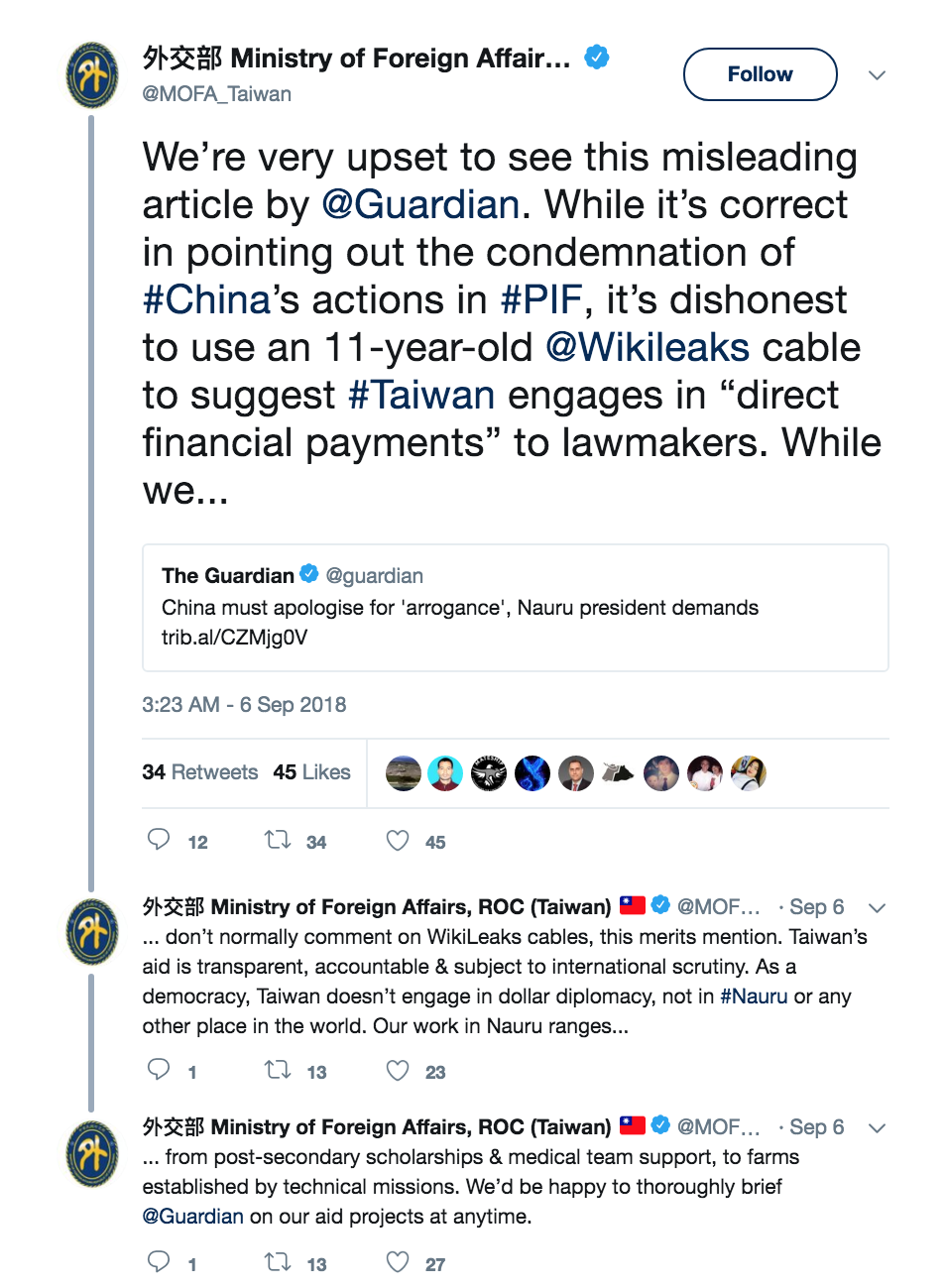 The tweets in question

As MOFA would have it, Taiwan does not engage in dollar diplomacy, hence the attack on The Guardian. MOFA would raise in its Tweets that the WikiLeaks cables were 11 years old to claim that such information is out of date. But would date them to the Chen administration, Taiwan’s first DPP presidential administration before the current Tsai administration which, unsurprisingly, offers important precedents for the Tsai administration.

Whether Taiwan is directly paying off Nauruan lawmakers or not, it is a blatantly untrue claim to state that Taiwan does not continue to engage in dollar diplomacy. Taiwan’s diplomatic allies are all smaller than Taiwan, whether in terms of population, territory, or size of its economy. In return for speaking up for Taiwan in international organizations, Taiwan subsidizes infrastructure projects, provides loans or investments, medical aid, and scholarships for students for its allies.

Compared to several decades ago, Taiwan can no longer outspend China in terms of diplomacy, but Taiwan’s allies oftentimes still leverage between Taiwan and China in order to try to negotiate maximum gains from each side. And while Taiwan continues to engage in dollar diplomacy in this way, in attempting to keep its allies within its orbit, Taiwan only ever emphasizes its medical aid or scholarships for its diplomatic allies. 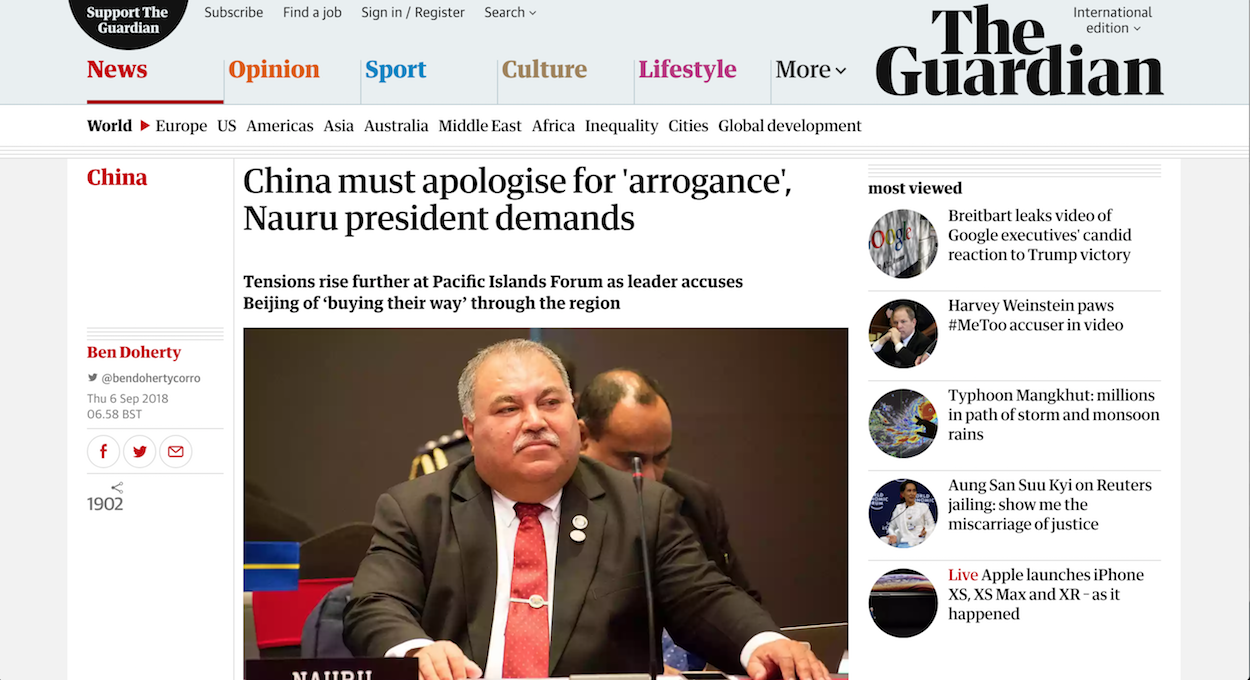 The Guardian article in question

In consideration of Taiwan’s other actions, it would not be too surprising if Taiwan is, in fact, continuing to directly pay off lawmakers in order to try and encourage them to maintain ties with Taiwan, which The Guardian reported that Taiwan was doing through a discretionary fund with little oversight. Although Taiwan is a democracy and China is not, many of Taiwan’s diplomatic allies are authoritarian regimes, and Taiwan has historically turned a blind eye to their behavior or even abetted their activity in order maintain ties with them.

For example, seeing as Taiwan itself has a long history of vote buying and election rigging under the KMT, it would be highly hypocritical for the Tsai administration to acknowledge Juan Orlando Hernandez as president after a set of contested elections which international observers alleged were stolen. Honduras currently has the highest murder rate in the world, given its political instability, including killings of activists and journalists. One of Taiwan’s most frequently touted international allies would be Eswatini, one of the world’s last remaining absolute monarchies, and a poor, agricultural nation which has the highest HIV infection rate in the world and an average lifespan of 48.7. Taiwan has also been happy to ally with governments that carry out mass displacement of refugees and police killings, such with the Dominican Republic, which broke ties with Taiwan in May this year.

This is no different with Nauru, as observed with a controversial refugee deal in which Taiwan took in refugees seeking asylum in Australia currently indefinitely held offshore in Nauru for medical treatment, then sent them back to Nauru, where they will continue to be held indefinitely. Australia does not wish to admit these refugees on the borders of its shores, preferring to ship them close to twelve hours by airplane to Taiwan for medical treatment then return them to Nauru in conjunction with the Taiwanese and Nauruan governments rather than simply admit them to its borders. 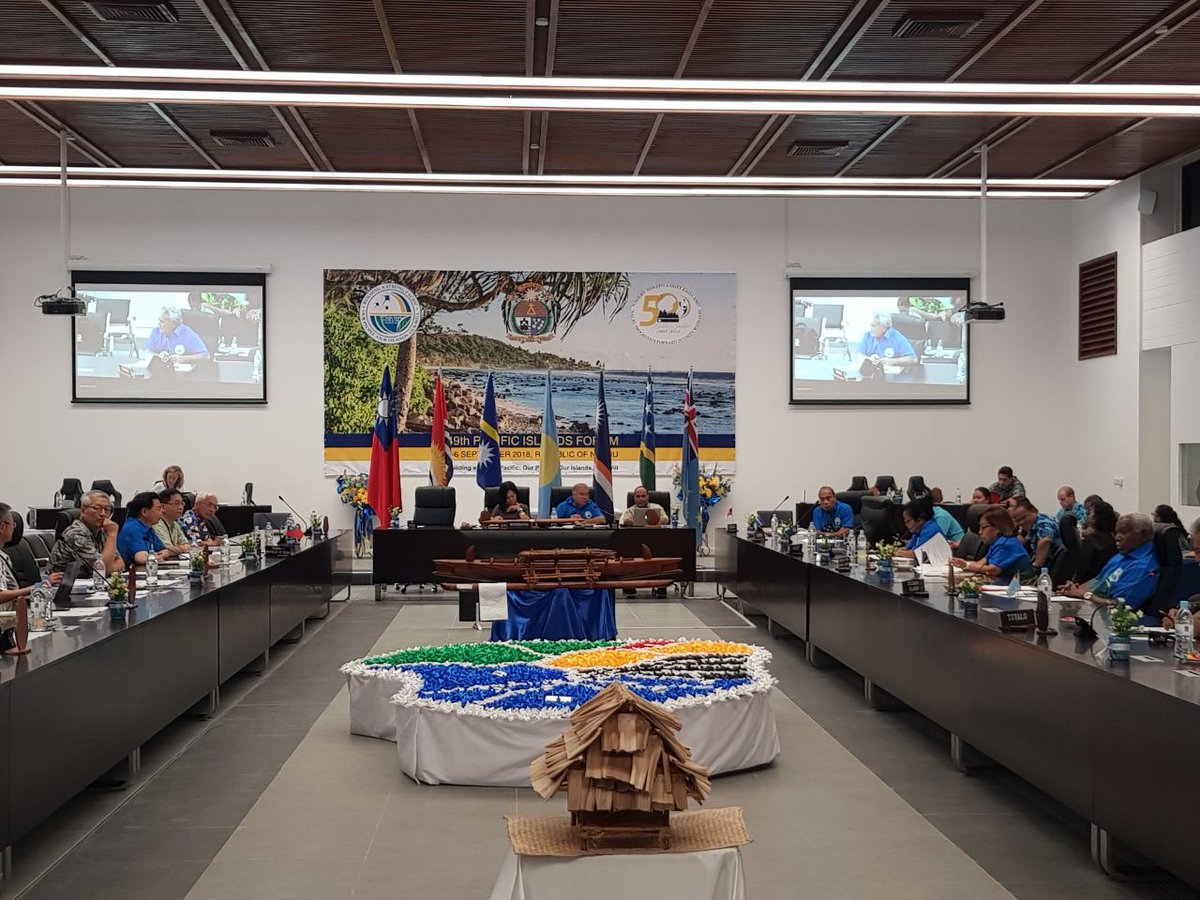 Such refugees are only several hundred in number and could easily integrate into Australian refugee, but xenophobia keeps them out of Australia. Hence why the Australian government would prefer to ship these refugees 5,600 kilometers away to Taiwan for treatment, even when some of these refugees have critical medical conditions that require urgent treatment. Through such backroom dealmaking, Taiwan is perfectly happy to carry out the dirty work of the Nauruan and Australian governments in order to maintain good ties, never mind what this says about Taiwan’s claims to be a country that values human rights.

The social media learning curve for Taiwan’s government has been a steep one. Given American president Donald Trump’s tendency to conduct diplomacy through Twitter, this is probably why Taiwanese government leaders such as president Tsai Ing-Wen have also established English-language Twitter accounts. But with MOFA’s recent Tweets, Taiwan would also seem to have taken an unfortunate page from Trump in lashing out at the media as fake news, never mind that the media is a crucial institution to safeguarding democracy–especially in a time in which democracy globally faces new threats from resurgent right-wing populism. Yet in an evaluation of much of Taiwan’s human rights record with regards to its diplomatic allies, this does not truly surprise.