IT WOULD BE an unusual development in Hsinchu county politics that seven candidates of the Greens-Trees Alliance would meet with Minkuotang founder and chair Hsu Hsin-ying in the past week to hold talks. After the meeting, both sides would pledge to work towards bettering Hsinchu, regardless of green/blue political divisions.

However, after the meeting, this has led to speculation about whether the Greens-Trees Alliance would actually would work together with the far-right Minkuotang in upcoming 2018 local elections, as well as shocked reactions from Taiwanese activists. In particular, the Trees Party is a minor splinter group from the Green Party whose leading figures were originally the Pan brothers, who had played a large role in the Green Party. 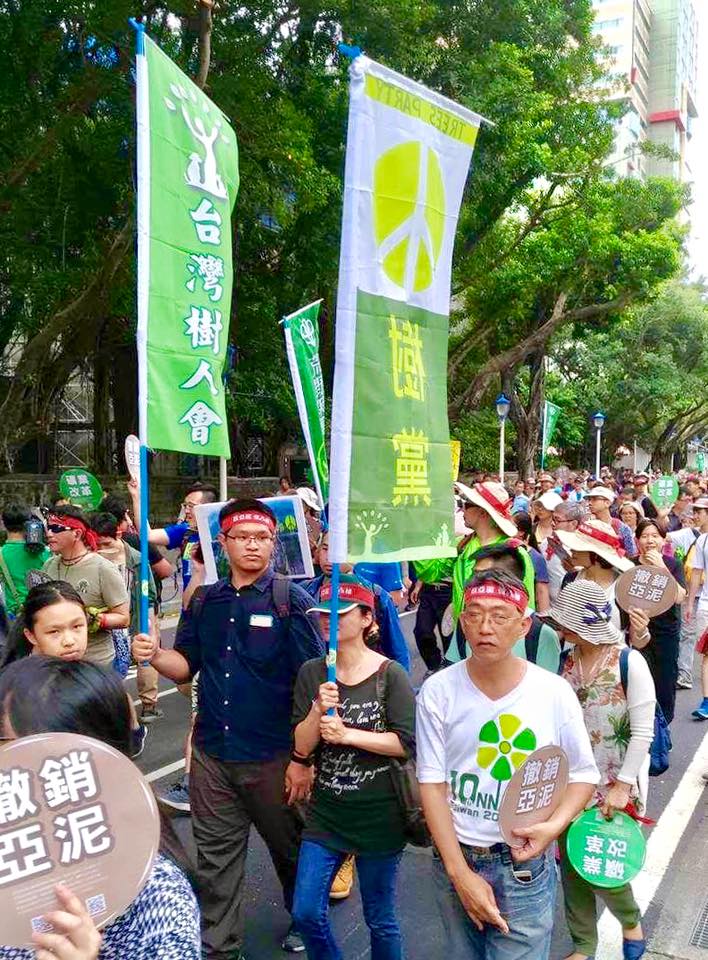 Since 2016 elections, the Green Party, which long existed in Taiwan, has largely been overshadowed by newer third parties emergent after the Sunflower Movement, known as the “Third Force”. On the other hand, the Trees Party emerged around the same time as the “Third Force” as a split from the Green Party, but it remained a small party that did not attract much public attention, only holding one township chair.

Although some had speculated that a reconciliation would occur, it is still somewhat surprising that at least in Hsinchu, the Trees Party and Green Party are now working together again in an election alliance, as the Green Party had formed an alliance with the newer “Third Force” Social Democratic Party (SDP) in 2016 elections. Similarly, it is to be questioned as to whether the Green Party will work together with the SDP in 2018 elections, seeing as the alliance between the two parties was marked by conflicting imperatives. It seems that the SDP sometimes saw the Green Party as too traditional and the Green Party sometimes saw the SDP as having capitulated too much on left-wing values in order to capture popular attention. Key Green Party candidates such as former Sunflower Movement activist Zeng Po-yu have since left for the New Power Party.

On the other hand, it proves surprising that there would be any potential cooperation between the Green Party, Trees Party, and the Minkuotang. The Minkuotang, also known as the Republican party or Minkuotang, was a KMT splinter party in 2016 elections which sought to return the party to its traditional roots, started by KMT legislator Hsu Hsin-ying. 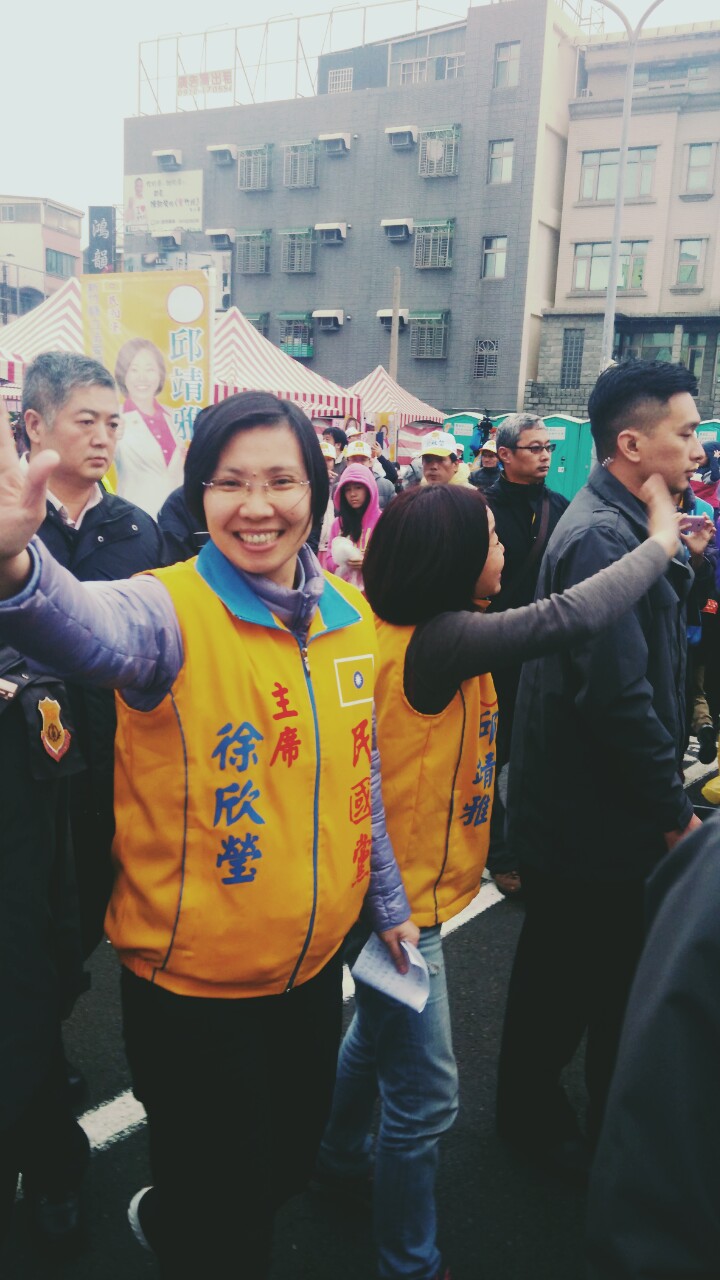 Namely, with the KMT in crisis in the aftermath of the Sunflower Movement after realizing it had lost Taiwan’s current generation of young people, there were those who called for reform of the party to keep pace with the times, and there were those who called for a return to traditional values. In the pan-Blue camp, the conflict between deep Blue, extremist pro-unification elements, and lighter Blue pro-localization elements had led to the emergence of new parties that split off from the KMT in the past, such as the New Party and the People First Party (PFP). The Minkuotang would be the latest example. Regardless, given its similarity with other KMT splinter groups, the Minkuotang would run on a joint bill with the PFP in 2016 elections, with Hsu serving as James Soong of the PFP’s running mate.

After 2016 elections, the Minkuotang has scarcely been heard from, although allegations later followed against the party that it was a front for a religious cult, connected to the Rulaizong Buddhist group under the leadership of the self-proclaimed Zen master, Miaotian. The Rulaizong Buddhist group is oftentimes seen as a religious cult and scam, particularly given Miaotian’s extravagant purchases, and in line with its pan-Chinese spiritual views, the group has long had ties to the pan-Blue political camp.

And so it is all the more surprising that the Trees Party and Green Party would meet with Hsu Hsin-ying, given that the two sides should have little in common. At the same time, the controversy over this meeting could be overblown, seeing as it is reminiscent of backlash against the SDP in 2016 elections after Lee Yen-Rong, a candidate of the SDP, met with James Soong. 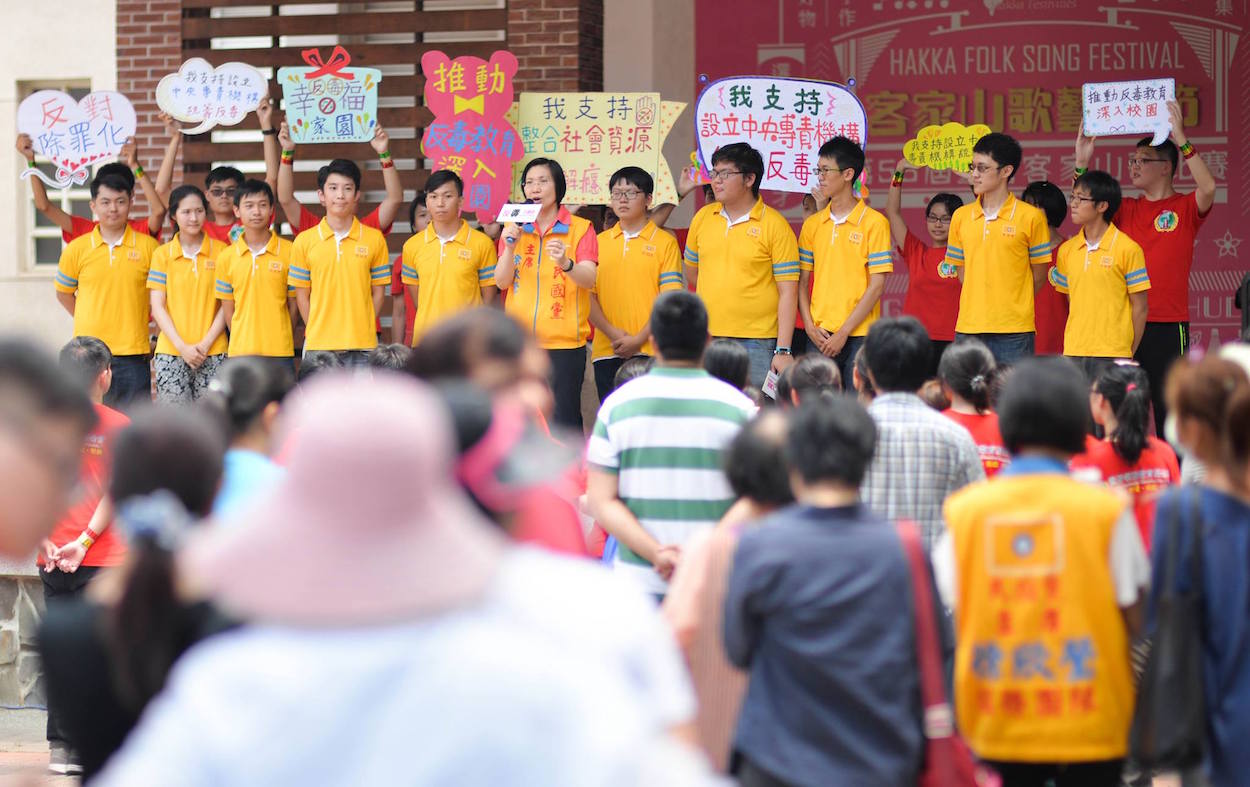 Backlash from activists was not surprising, given Soong’s deep Blue leanings, and his past crackdowns on political dissidents for the KMT as head of the Government Information Office. Yet the SDP claimed at the time that it was merely hoping to meet with politicians from all political camps and that this was the reason for the meeting with Soong. This could also be the case with the meeting between Hsu Hsin-ying and members of the Greens-Trees Alliance.

Bipartisan political alliances are rare in Taiwanese politics, whereas they occur in other contexts even between extreme left and extreme right parties simply because of the political needs of a given moment. Even if alliances between other political parties closer to the mainstream of Taiwanese civil society and pan-Blue political parties are unlikely to occur in 2018 local elections, could this be the rare exception to the rule, then? That remains to be seen. Nevertheless, it if it does happen, it is clear that this will cause controversy.