THE KMT’S NATIONAL Congress over the weekend proved an utterly bizarre sight, with the KMT embracing imagery it thinks will appeal to young people, while pushing for almost exactly the same political platform which led to such blowback against it from young people in the 2014 Sunflower Movement. Evidently, the KMT has learned incredibly little from the past four years.

The KMT’s National Congress this year was baseball-themed, probably with the view that baseball is Taiwan’s most popular sport and that young people like sports. KMT chair Wu Den-Yih took on the role of “coach” while KMT candidates dressed as baseball players, high-fiving Wu before picking up baseball bats and vowing that they would hit home runs. KMT logo-branded baseballs, baseball bats, basketballs, and shields were also on sale at the conference, and party heavyweights such as former president Ma Ying-Jeou, former vice president Lien Chan, former chair Hung Hsiu-Chu, and New Taipei city mayor Eric Chu were also present. 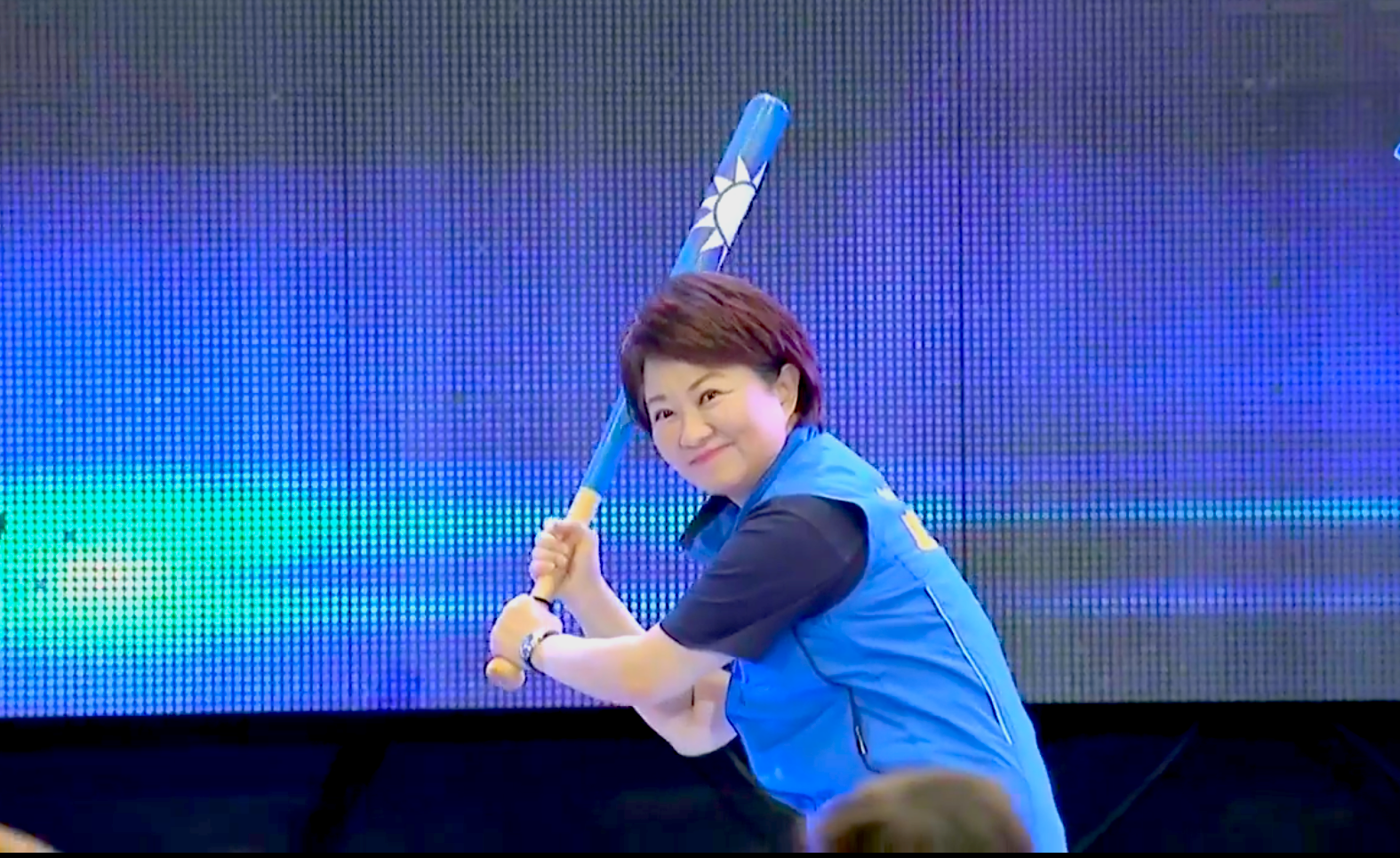 Nevertheless, to begin with, sports seems like a rather ill-chosen theme for a KMT National Congress, seeing as the KMT has been dogged for years by accusations that it manipulates sports organizations in Taiwan. Corrupt KMT officials are accused of using their control of sports organizations for personal benefits, this frequently being a sinecure position that KMT officials are appointed to. Indeed, young athletes have been organizing in past years to call for reform of sports administration in Taiwan through organizations such as Fair Game! Taiwan! One also observes that if the KMT seeks to embrace a youthful image through sports imagery, relatively few of the KMT’s candidates in 2018 local elections are young people.

Poorly chosen visual imagery aside, more significantly, Wu’s comments illustrate that the KMT has basically returned to its Ma era political platform. But while this illustrates that the KMT has turned away from the starkly pro-unification views of the Hung Hsiu-Chu interregnum during the period she was chair of the KMT, this is basically the same political platform which led to the outbreak of the 2014 Sunflower Movement.

Wu would reassert old tropes of Taiwan’s economy suffering because of poor relations with China, as observed in declining Chinese tourist numbers. Wu would also revive old, developmentalist tropes that the KMT was technocratically skilled at managing Taiwan’s economy in a way that the DPP was not, claiming that product distribution was not being adequately carried out in Taiwan, while this had been taken care of under KMT management. 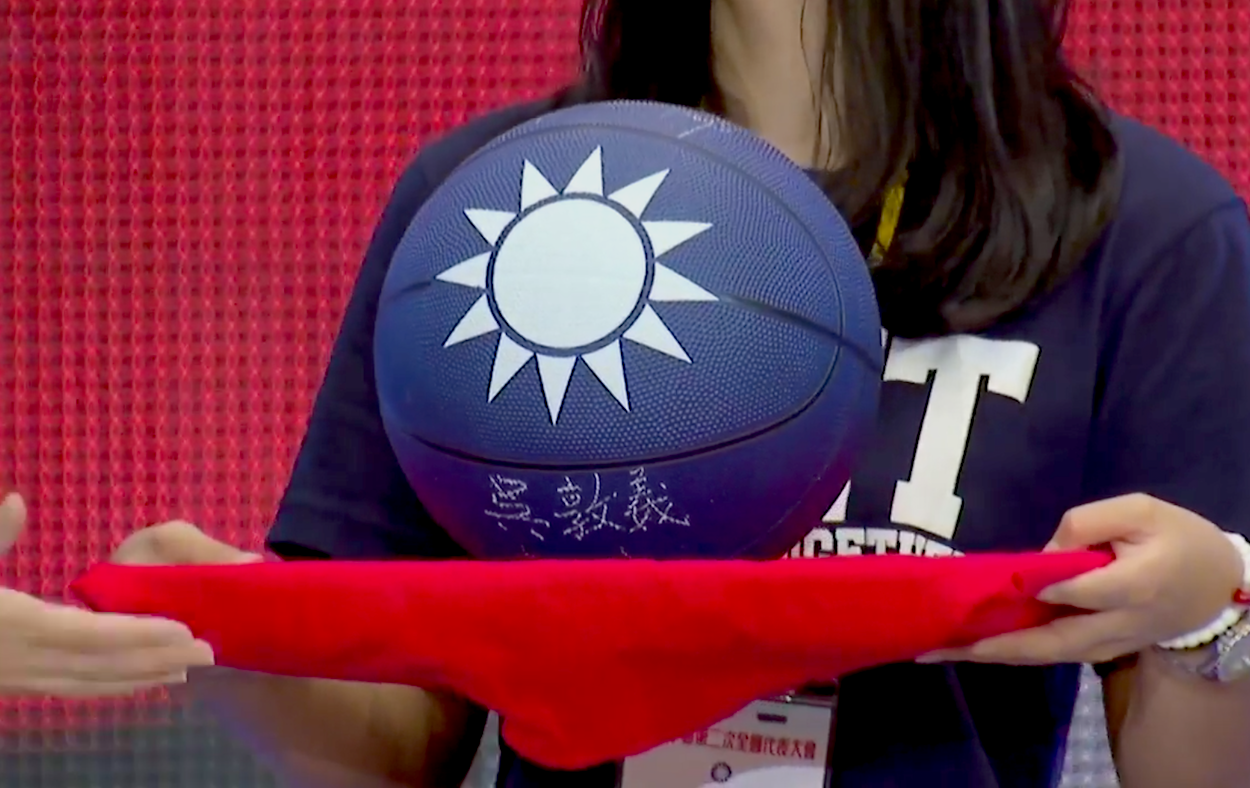 To this end, Wu would continue to assert the KMT’s pro-unification views, lashing out at the Tsai administration for failing to acknowledge the 1992 Consensus and also criticizing planned textbook changes as aiming to “de-sinicize” Taiwan, something the KMT has lashed out against in the past. Of course, the KMT’s attempts at installing a more China-centered curriculum have also led protests from young people in recent years, most notably in the weeklong occupation of the Ministry of Education by high school students in Summer 2015.

Wu would also criticize the Tsai administration for pension reforms aimed at saving Taiwan’s pension system, seeing as this would cut pensions for public servants, members of the police and military, and teachers, a way to reward such individuals for political loyalty during the times of the KMT party-state. One generally expects this criticism of pension reforms to win little support among young people, seeing as resentment of individuals receiving such pensions is high among young people, who make minimum wage salaries but see retired public servants, police, military, and teachers protesting against pension reforms even when they would easily be able to survive even after the pension reforms. Lastly, Wu would make rather spurious claims that a recent spate of murder incidents involving dismemberments in Taiwan is a direct product of declining social values under the DPP.

The KMT continues to seek the youth vote, as observed in some of the rather unusual campaigns launched by the KMT to try and attract young voters. This includes a much derided campaign to pick a new mascot for the campaign, seeing as some of the designs were rather unusual. Recent KMT ads have also been scoffed at because they would seem to point to how geriatric the party is and how much it is out of touch with contemporary issues. 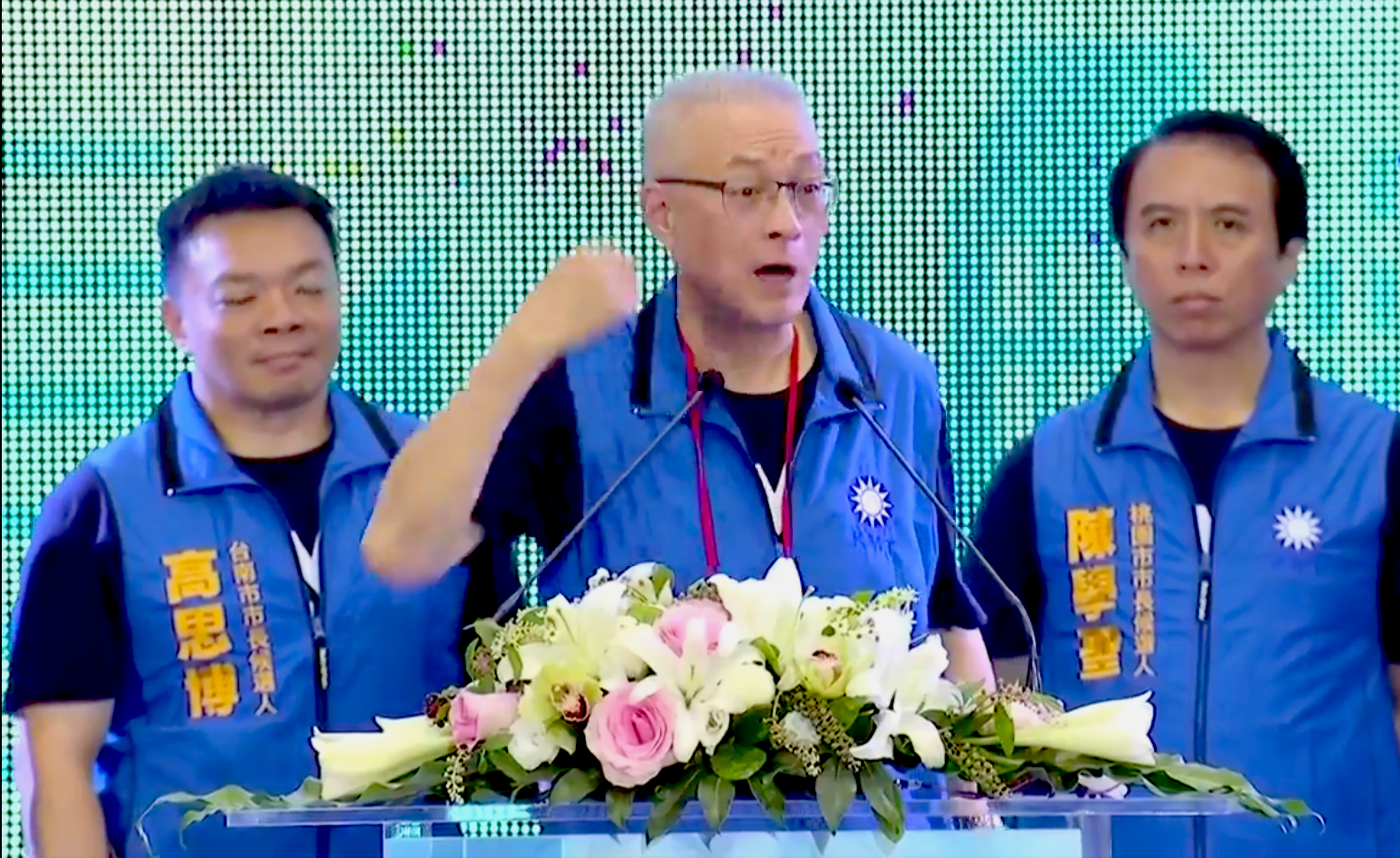 But the KMT’s National Congress demonstrates in concrete policy terms that the party has learned little from the beatings it has faced in past years. The outlook for the party in 2018 elections would seem to be rather poor; any successes it has will probably be more the results of missteps by the DPP rather than anything else.