UNFORTUNATELY IT continues to be unlikely that Taiwanese comfort women who were forced into sexual slavery by the Japanese empire will see justice in their lifetimes given the politicization of the issue by both pan-Blue and pan-Green political actors, and the reluctance of the current Japanese government to make any genuine apology for its actions during World War II. This can be observed in recent events surrounding the unveiling of the first comfort women statue in Taiwan, which took place earlier this week in Tainan, and protests outside the Japan-Taiwan Exchange Association by civil society groups hoping to draw attention to the issue.

Civil society groups, including organizers of the Ama Museum devoted to memorializing the lives of Taiwanese comfort women, called on Japanese prime minister Shinzo Abe to apologize on behalf of Japan and to offer compensation to surviving comfort women. No Japanese government official has yet visited the museum in any official capacity, though the museum has invited Abe to visit since 2016. 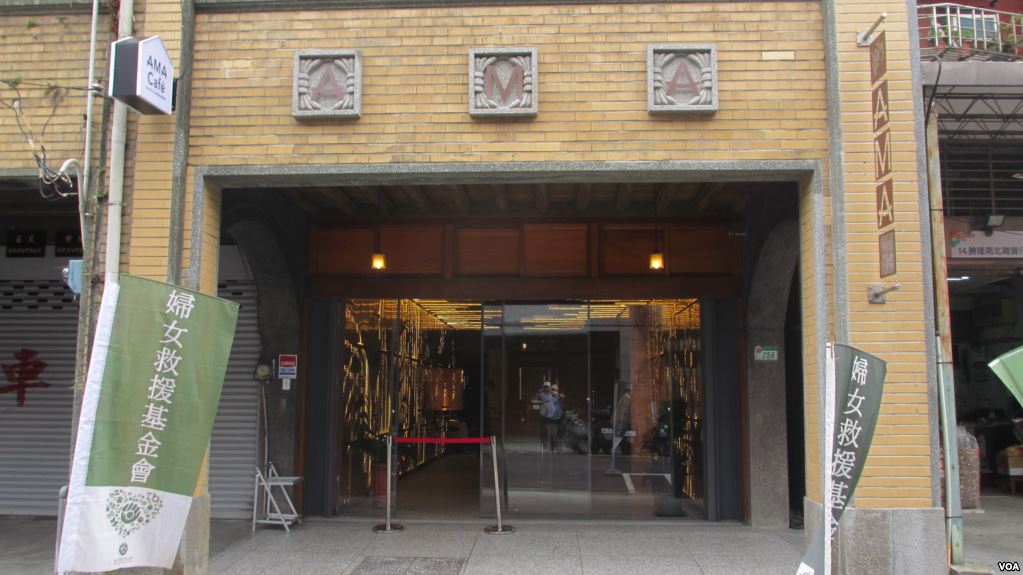 The gates of the Ama Museum. Photo credit: 美國之音 張永泰/WikiCommons/CC

The Japanese empire is thought to have employed a total of 200,000 comfort women overall, drawn from China, South Korea, the Philippines, and Taiwan, with around 2,000 comfort women originating from Taiwan. The current Japanese government under prime minister Shinzo Abe, however, has skewed sharply towards right-wing historical revisionism, dismissing the issue entirely as historical falsehood, claiming that comfort women were originally employed by the imperial Japanese army in limited numbers, or only making token acknowledgments of the issue. Namely, Abe is thought of as nostalgic for the glory days of the Japanese empire, hailing from a politically powerful family going back to imperial Japan.

The issue of comfort women is a particularly salient in South Korea, which installed a statue memorializing comfort women in 2011, and which has seen years of protest against the Japanese government against its non-acknowledgment of the issue. Although the Japanese government apologized in 2015 and provided a fund of 1 billion yen for surviving comfort women, these actions were seen as inauthentic by many, seeing as the Abe administration struck a deal with the conservative Park administration in such a cursory manner as to make many feel as if it were simply hoping to sweep the matter away—particularly because surviving comfort women themselves were not consulted in the apology process. As a result, another comfort woman statue would be installed in front of the Japanese consulate in Busan in December 2015, prompting Japan to withdraw its ambassador and consul general from South Korea, though they later returned in April 2016.

As a form of lingering historical baggage, the comfort women issue presented a barrier between efforts by conservative Japanese and conservative South Korean politicians to unify against potential threats such as North Korea and China. This was probably why the Abe administration and Moon administrations wished to clear away the issue with as little fuss as possible. But apart from that this did not satisfy members of the public, this also does not satisfy the current Moon administration, which is a politically liberal administration. Notably, the Moon administration invited a surviving comfort woman to meet with American president Donald Trump during a state visit to South Korea in November 2018, again setting off anger from Japan. Abe nearly refused to attend the opening ceremonies of the Pyeongchang Olympics as a reaction to this.

That the actions of the Japanese government are not in earnest are also readily visible in official complaints by Japanese embassies against other comfort women statues installed in other cities across the world, including in the West Coast of the United States—specifically in San Francisco and Glendale in California—in Germany, and in Australia. At times, this has also led to conflict between Korean overseas groups and Japanese overseas groups, although some Japanese overseas activists have notably supported Korean groups in their demands for justice for comfort women. 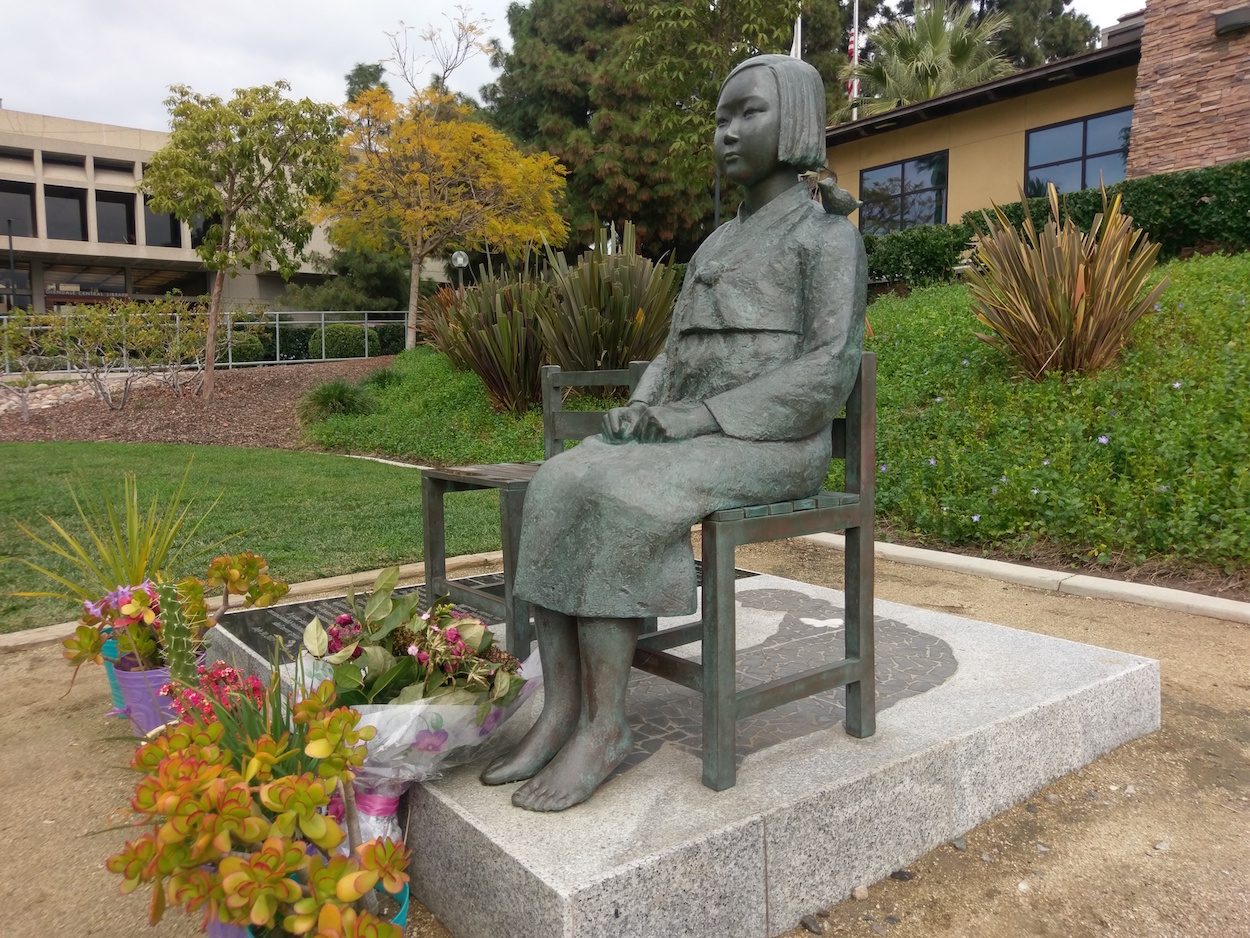 On the other hand, pan-Blue activists have been active in calling for justice for Taiwanese comfort women, helping organize the construction of the comfort women statue in Tainan. The ceremony for unveiling the statue took place on August 14th, an internationally day to remember comfort women after Kim Hak-sun was the first Korean comfort women to testify about her experiences on August 14th, 1991, following years of silence and a refusal to speak about the issue in Korean society. No less than former President Ma Ying-Jeou of the KMT would speak at the statue unveiling in Tainan.

Yet pan-Blue activists themselves have their own motives undergirding support of comfort women. Namely, pan-Blue ideology continues to deeply despise the Japanese for their actions during the Sino-Japanese War, differing sharply from the nostalgia for the Japanese colonial period among some members of the pan-Blue camp. Similarly, given their pro-unification aims, members of the KMT likely hope to sabotage stronger ties between Taiwan and Japan to counter China.

As such, one generally thinks that claimed solidarity by the KMT with South Korean comfort women is hardly earnest and merely to criticize Japan, seeing as the Tsai administration also hopes to ally with Japan to counter Chinese threats. The KMT also proves hypocritical seeing as it was perfectly happy to use sexual violence against Taiwanese women during the White Terror as a means of political repression, even if it did not sexually enslave Taiwanese women en masse as the Japanese did—and this history of sexual violence is one that the KMT scarcely is willing to admit to, as part of broader denials of its crimes during the martial law. The KMT itself also operated military brothels to service soldiers war efforts against the CCP, whether in China or after it withdrew to Taiwan. 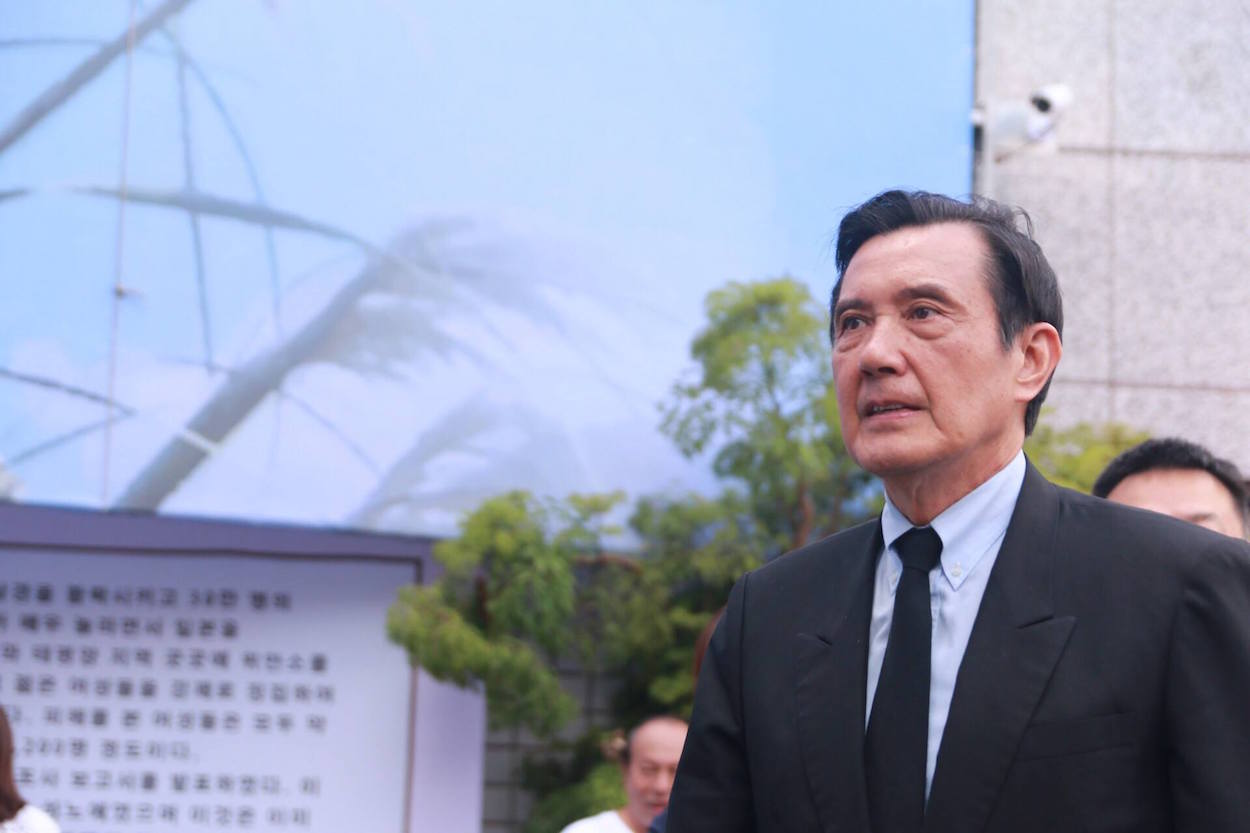 Unfortunately, through guilt by association, there will undoubtedly be those in the pan-Green camp who will see Taiwanese comfort women demanding justice as simply a ploy of the pan-Blue camp. Comfort women will be dismissed as simply being members of the pan-Blue camp exaggerating the issue or even as political turncoats. Or the issue may be occluded through pan-Green nostalgia for the Japanese colonial period.

This situation, then, leaves one with little optimism that Taiwanese comfort women will receive the justice they demand in their lifetimes. Apart from the disinterest of the Japanese government in making any genuine apology, the two major political camps in Taiwan have their own interests in using the issue as a political wedge or failing to take it up in any substantive way. This is disappointing, but not surprise. The historical victimization of Taiwanese comfort women will continue, then.