WITH THE TRUMP administration touting its “Indo-Pacific initiative,” some in Taiwan have taken this as a hopeful sign that the Trump administration plans to step up pressure against China. It is further hoped that this will mean stronger American support for Taiwan. 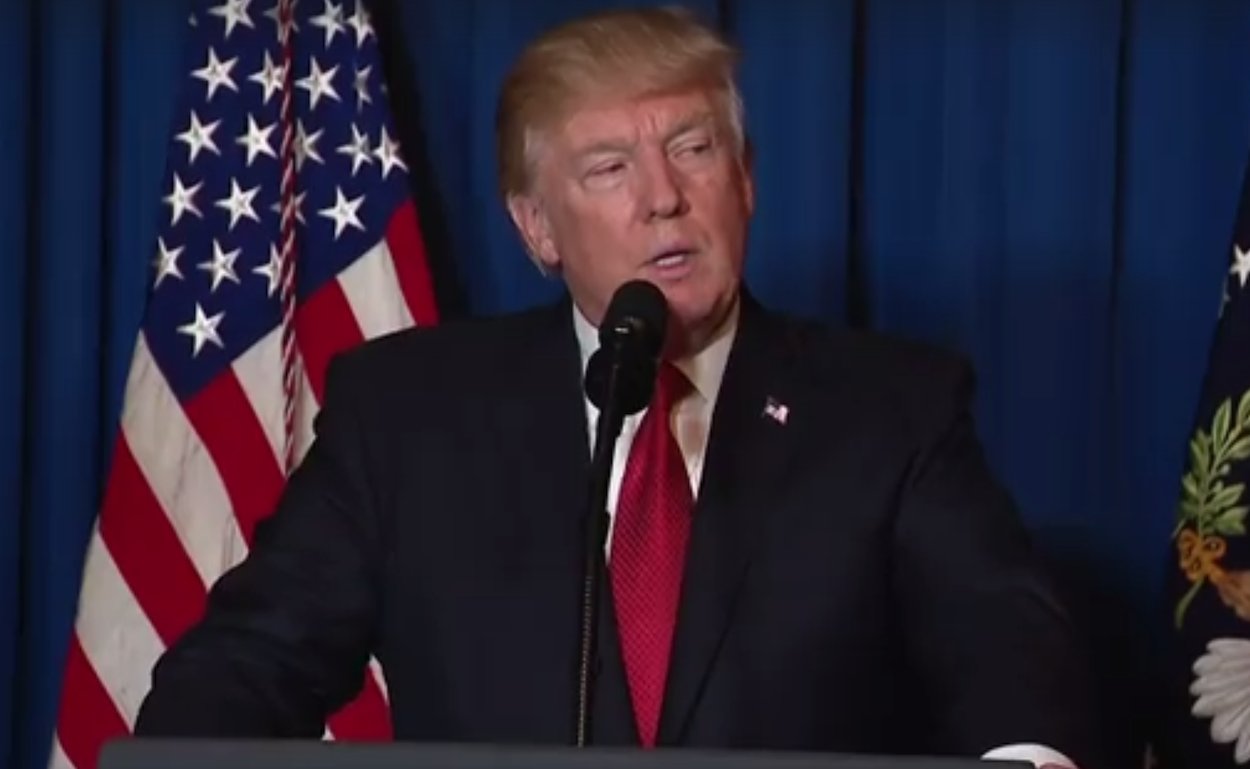 However, the perpetual dilemma that Taiwan faces regarding the US-Taiwan security relationship continues to loom in the background. Namely, stronger US actions against China does not necessarily entail stronger support for Taiwan, even if it sometimes does. And this is something that many in Taiwan have failed to reckon with.

Questions remain about how effective the Asia Pivot was exactly in retrospect. Nevertheless, it is not the case that the Obama administration was “soft on China”, as some in Taiwan seem to think it was. The Obama administration did, in fact, take steps against China—but it was not always consistent on support for Taiwan. After all, while the Asia Pivot involved attempts to reinforce American military bases in Japan, South Korea, the Philippines, and other key locations, this did not include Taiwan and the Obama administration moved to block selling arms to Taiwan on its way out during its second term, although it did conduct arms sales in 2010, 2011, and 2015.

Yet this is oftentimes read in Taiwan entirely as a view that the Obama administration was “soft on China”. The view frequently seen in Taiwan, which is mistaken, is that the Obama administration’s “Asia Pivot” was aimed at returning to Asia, building stronger economies ties with China, and cozying up to China in that way. This would be a fundamentally mistake founded upon confusion about how the Asia Pivot was always phrased in such terms of building better ties in diplomatic political language. But, at the end of the day, what Chinese and American policymakers realized was that the Asia Pivot was aimed at “containing” China in the manner of past policies of Cold War containment through strengthening military ties with American allies in the Asia Pacific. Many in Taiwan did not realize this due to a worldview which puts Taiwan in the center of world affairs, with a fundamental failure to understand America’s worldview vis-a-vis the Asia Pacific. 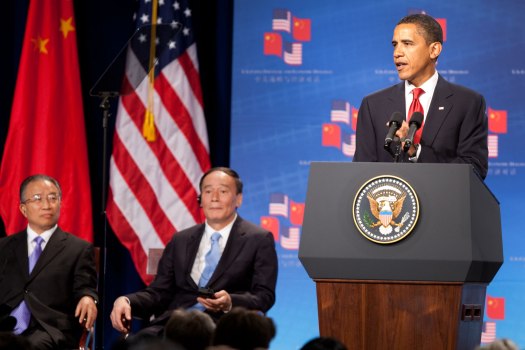 If the Obama administration was apparently opposed to China, why was it not always consistently supportive of Taiwan, particularly near the end of its term? One notes that for Washington policymakers, Taiwan is a far away and distant place. American global reach is far-reaching, across a large number of military theaters—of which the Asia Pacific is nearly one, leading policymakers to have little time to pay attention to regional developments that may seem large to those on the ground.

In truth, one suspects that the perception in Washington during the Obama administration was often that Taiwan was a lost cause to China, seeing as the Obama administration coincided almost entirely with the pro-China Ma administration. Distant Washington policymakers sometimes seem to take whether the KMT or DPP is in control of the presidency as the only significant sign of Taiwan’s political leanings, even now, and may not realize that current DPP governance is a stable one. Selling American arms to Taiwan under a pro-China administration or one which appeared less than stable would prove a security risk.

Alternatively, Taiwan could actually prove a disruptive element to efforts to solidify the Asia Pacific under American auspices to combat China. America could prefer to solidify the Asia-Pacific with Taiwan safely ceded to China and removed as a potentially disruptive element to the geopolitical equation. This may have been the logic to why America may have preferred Ma Ying-Jeou to Tsai Ing-Wen in 2008, as observed in interference with Tsai’s presidential campaign through a high-profile phone call to the Financial Times. Obama may have feared potential disruption through stronger ties between the US and Taiwan under the Trump administration on his way out of office, then, hence the cancellation of the arms deal.

With the Indo-Pacific initiative, then, one actually sees a return to Bush and Obama era promises to strengthen US presence in the Asia Pacific to counter China. With the swapping out of “Asia Pivot” for “Indo-Pacific initiative”, there has simply been a change of name to refer to what is fundamentally the same policy. This is something rather common between presidential administrations, oftentimes because they wish to differentiate their policy from their predecessors even when there is no substantive difference—and Donald Trump has been an American president particularly prone to this, determined as Trump seems to be to come off as superior to any of his predecessors.

Yet the same questions more or less face the Indo-Pacific initiative as they did the Asia Pivot. What substantive policies will America take to contain China? And will such policies include Taiwan, or exclude it? 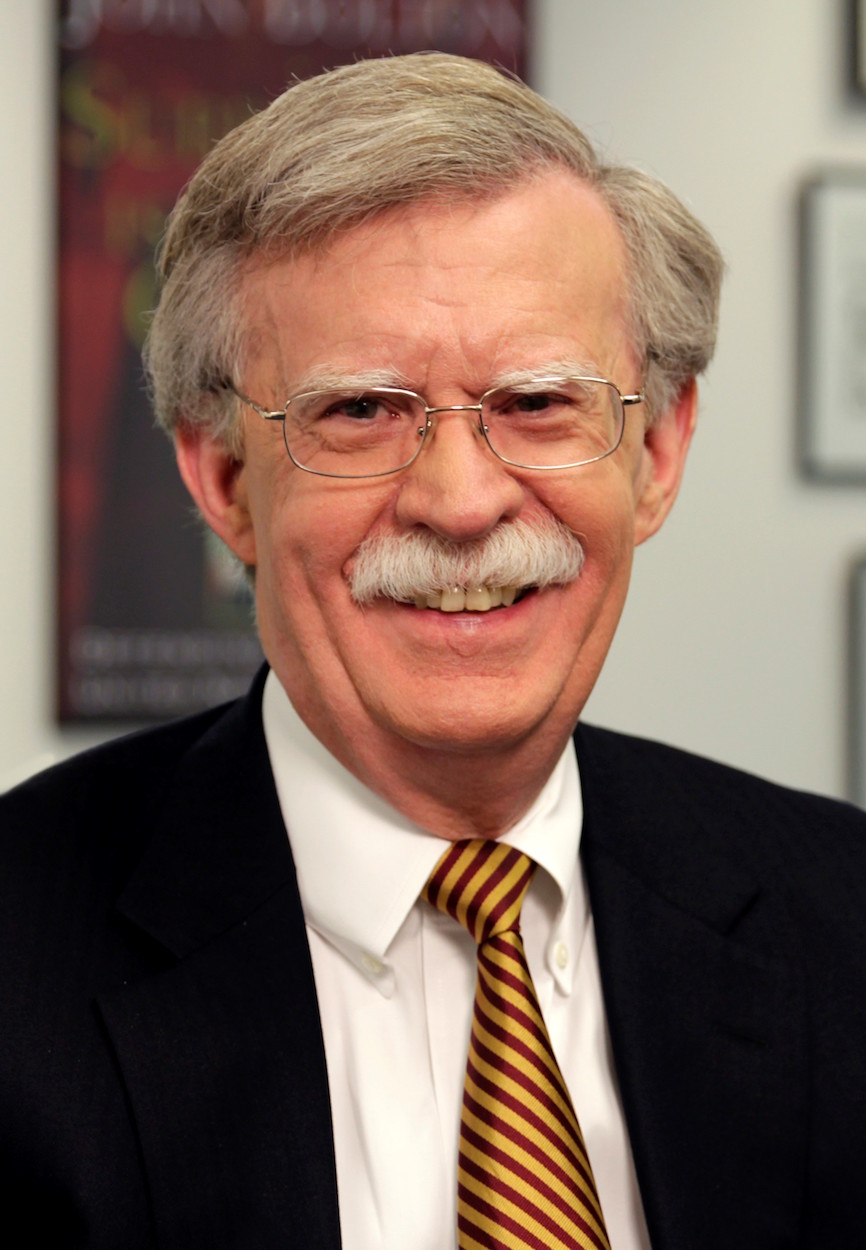 One sees some continuity between the Bush, Obama, and Trump administrations through the Indo-Pacific initiative, then. This is evidenced in that Bush-era neocon hawk John Bolton is currently Trump’s National Security Advisor. There will be those who point to this as a sign of institutional forces correcting for Trump.

This seems like a vaguely absurd argument if it hinges on as unstable a political actor as Bolton, an irrational hawk who seems to wish to drag America into multiple wars across the world at once in a manner that not even America’s global military might could sustain—Bush himself has suggested that he somewhat regrets appointing Bolton. However, either way, America’s sudden rapprochement with North Korea also indicate that Bolton’s influence may be waning within the White House, seeing as Trump went ahead with the move despite opposition from Bolton. And this more broadly points to the largest destabilizing factor which may reverse any hopes for American action against China that the Indo-Pacific initiative may point to—Trump himself.

Withdrawing American troops from bases in South Korea and Japan is an idea that Trump floated on early in his presidency, leading to panic from South Korean and Japanese leaders. After an American withdrawal, both countries would have to contend with rising aggression from China without backup from the American military. Trump may still be a fan of the idea. 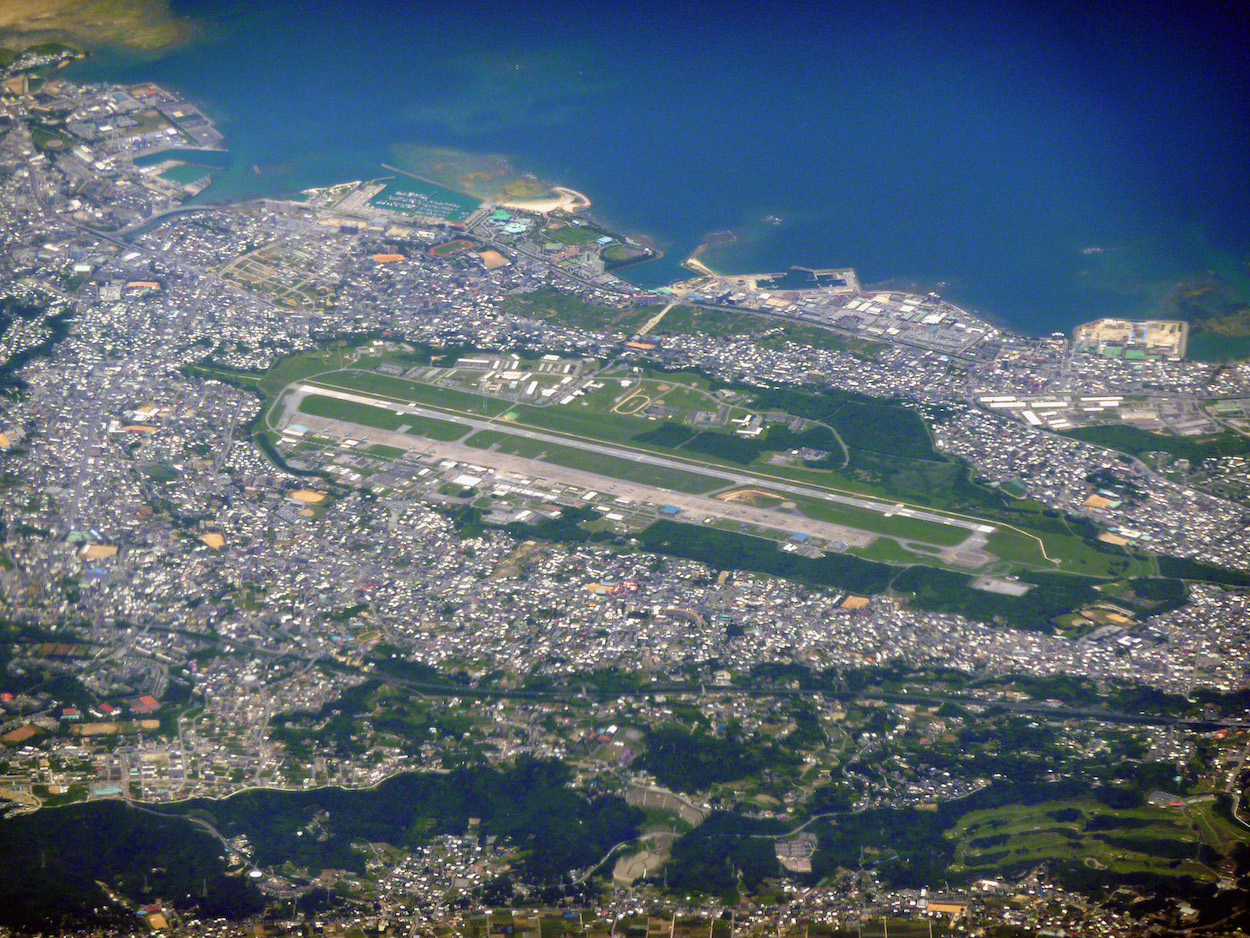 As such, the “Indo-Pacific initiative” is not at all something that Taiwan or other countries facing the military might of China can pin their hopes on, seeing as some have taken it and other actions, such as America sailing ships through the Taiwan Straits, as a sign of strengthened American support of Taiwan.

First and foremost, this forgets the rather basic fact that being anti-China does not necessarily in any all cases mean stronger support for Taiwan. And this is to focus simply on American actions in the Asia Pacific which seem to have benefitted Taiwan in the past few months. With a failure to exam any political context outside of Taiwan, this does not take the larger shifts in regional geopolitical policy into account, inclusive of developments on the Korean peninsula, as they factor into America’s actions writ large in the Asia Pacific geopolitical theater.

This also fails to take into conflicting signals between the Trump administration’s foreign policy establishment and Trump himself, who remains American commander-in-chief, and whose statements will still be taken by regional geopolitical actors as a possible indication of future American policy. Indeed, many who write on Taiwan seem to fail to realize that while they may know American politicians and military experts who are quite reassuring when it comes to claiming that US-Taiwan relations will continue to be stable and who suggest that they can hold Trump in check—apart from that they are obligated to reassure people in Taiwan that the US-Taiwan relation is stable even if it may not be, these people may simply be unimportant in Washington, although they seem of outsize importance in Taiwan. 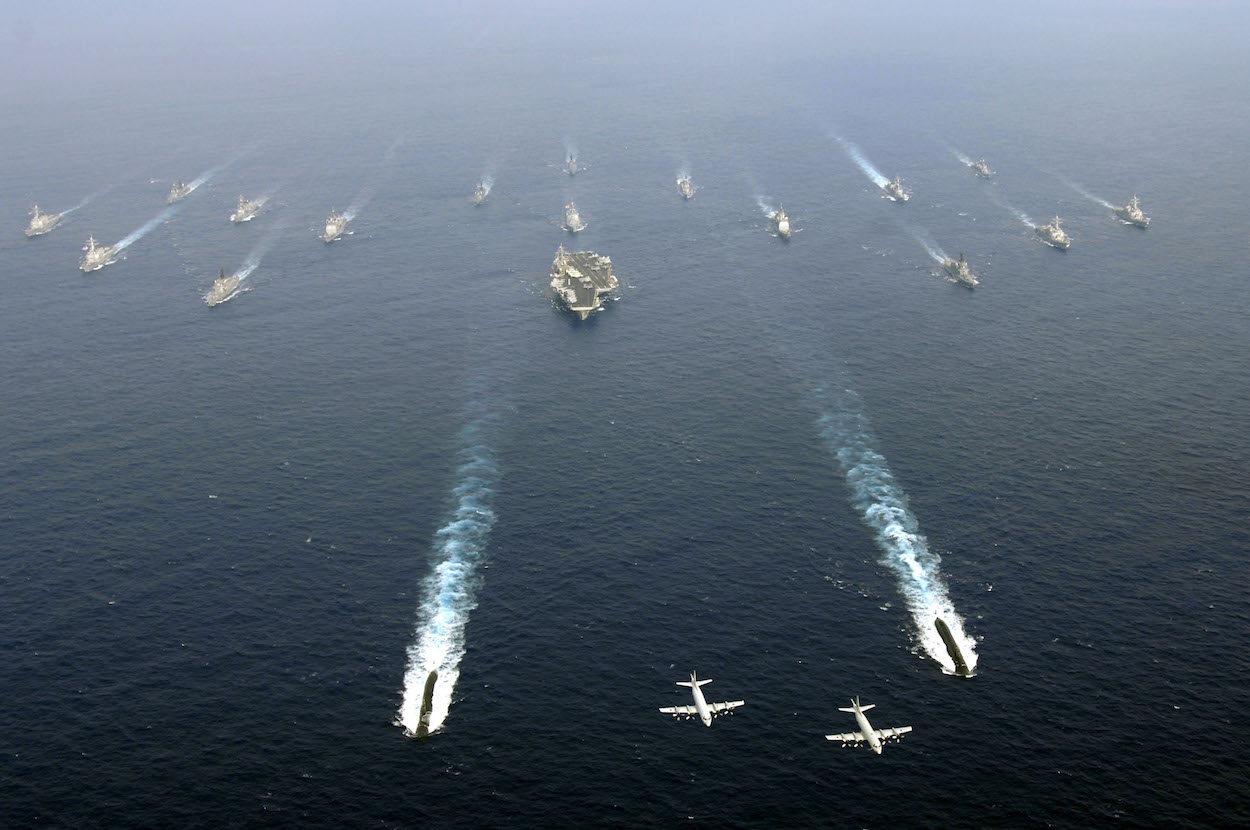 In this way, the “Indo-Pacific Initiative” remains about as vague as the “Asia Pivot” was. Outside of the Asia Pacific, as has been pointed out quite wisely, this ignores completely the basic Americans do not have the appetite for another war currently after a decade in Iraq and Afghanistan—much less in the remote and distant Asia Pacific to defend as obscure a country as Taiwan.

And so, fundamentally, Taiwan still remains suspended in geopolitical limbo as a result of American actions. This has not changed in decades and one does not expect this to change anytime soon, particularly under the Trump administration.