MATTERS OF JUSTICE remain unresolved for members of the Daguan Community facing eviction, as observed in a recent incident in which Daguan Community members and supportive youth activists were detained by police after a protest. The protest took place outside a flag retirement ceremony attended by Taiwanese president Tsai Ing-Wen and DPP New Taipei City mayoral candidate Su Tseng-Chang.

Likely the event was meant to be a campaign appearance for the DPP, with Tsai demonstrating her support for Su. On the other hand, this is also why demonstrators targeted the ceremony, seeing as Su is the DPP’s New Taipei City mayoral candidate and Daguan Community is located in New Taipei City. 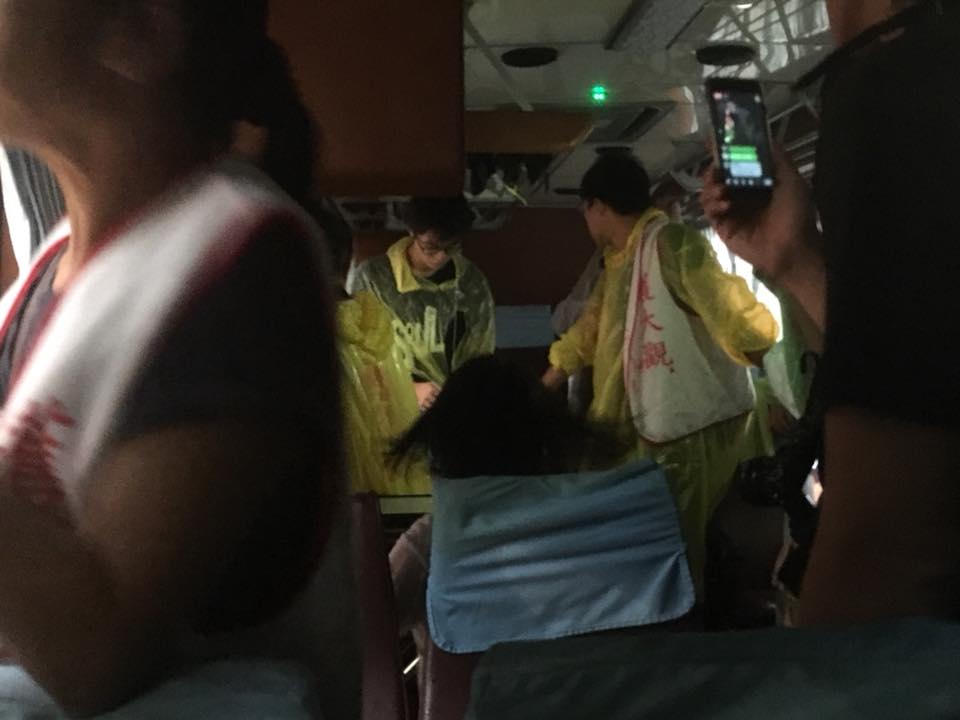 Moreover, it is a common practice for civil society activists in Taiwan to protest the central government in reaction to incidents ordered by local governments, in the hopes that the central government will take action to curb the actions of local governments. Hence why demonstrators would seek to protest at an event which no less than the president was attending. Past demonstrations by Daguan Community residents have similarly targeted the DPP, including a camp-out outside of the DPP party headquarters.

Demonstrators allege a disproportionate police response, seeing as the police violently dragged away demonstrators, forcing them into a small protest zone. Several dozen demonstrators were later arrested and taken away in a police bus, the process of which was livestreamed on social media by demonstrators. Demonstrators allege that their freedom of movement and political expression was violated in the course of this, as well as that they were refused access to a bathroom or water, denying rights which police are obligated to provide the arrested. 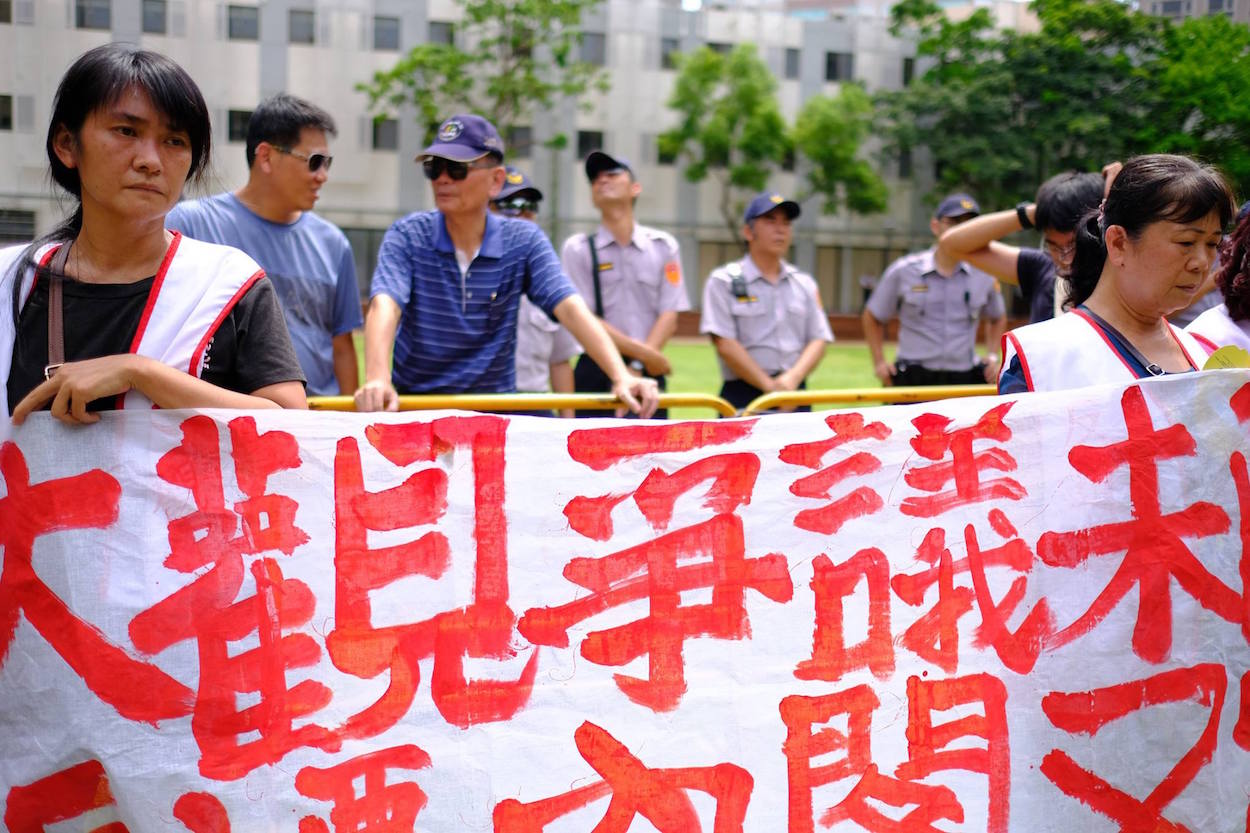 Demonstrations against forced evictions of military dependents’ villages were a cause taken up by youth activists in the years before the Sunflower Movement, including Daguan Community, Huaguang Community, Shaoxing Community, and others. Against claims by the KMT and other pan-Blue actors that pro-Taiwan youth activists that later participated in the Sunflower Movement are discriminatory towards waishengren, military veterans, or the elderly—as observed in opposition to the actions of anti-pension reform groups as the “800 Heroes” by youth activists. In cases where pro-Taiwan youth activists were demonstrating on behalf of former military veterans, this was in spite of that such veterans may have still identified with China or pan-Blue ideology. 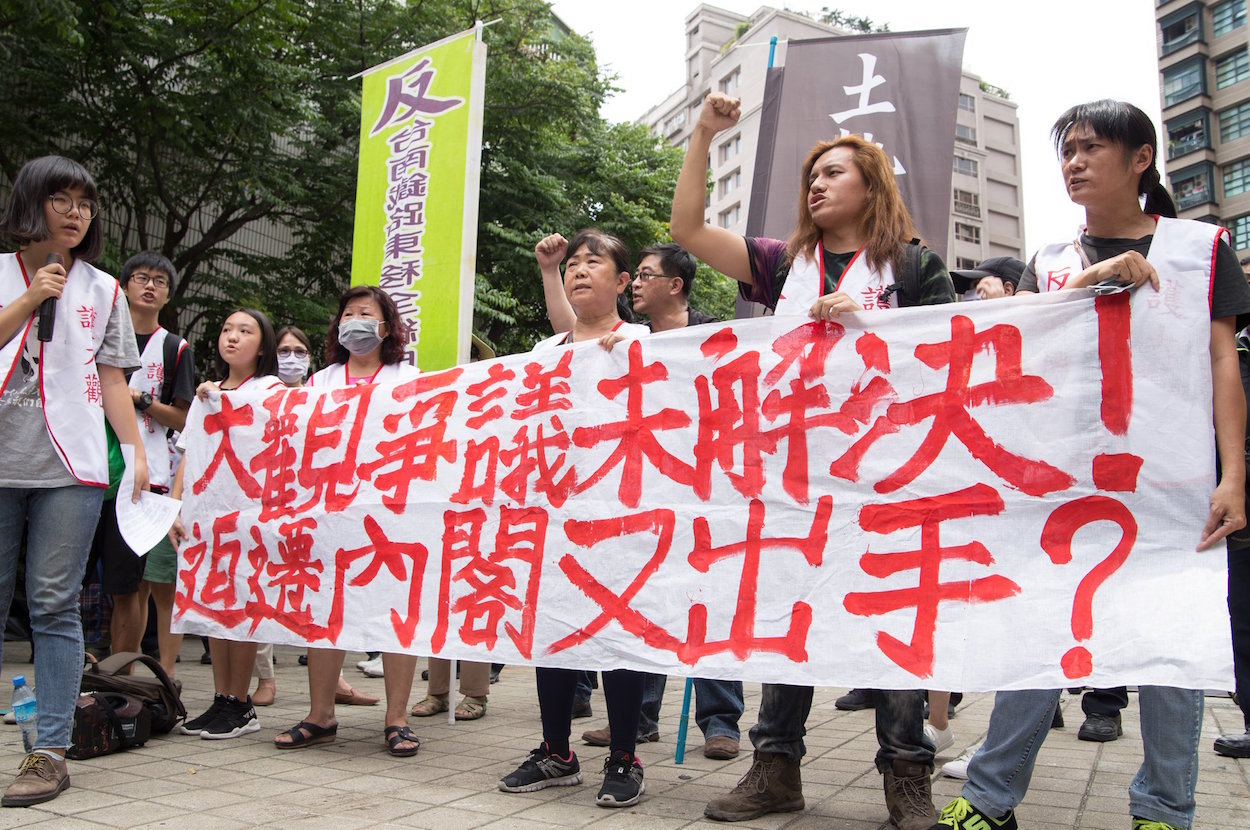 Nevertheless, it remains to raise public awareness of Daguan Community’s plight. Certainly, Daguan is a high-profile military dependents’ community facing eviction, but Daguan Community has not yet become a national issue in the way that other cases of forced eviction have been in past years.