On May 12th, New Bloom editor Brian Hioe and Ferran Pérez Mena interviewed Miao Po-ya of the Social Democratic Party, who is running in the Daan-Wenshan area of Taipei. This is part of New Bloom’s ongoing series of interviews with independent city councilor candidates, as part of its special 2018 election coverage.

Brian Hioe:  Can you first introduce yourself for people that don’t know you?

Miao Poya:  I am Miao Poya. At present, I am a candidate for city council in Taipei. The first time I ran was in 2015, because I joined the Social Democratic Party in the process of its formation. I represented the Social Democratic Party in Taipei city electoral district in participating in elections for legislature. At that time, I gained 21,000 votes, 12.1% of the vote, the most successful of any candidate that was non-Blue and non-Green.

Before that, I was a social movement worker in the Taiwan Alliance to End the Death Penalty, beginning from the judicial reform movement. That was my third formal job after entering society. Before that, I worked in the legal profession in a rather traditional manner, in a lawyer’s office helping with cases related to the tech companies. This came from personal interest, as well as that I graduated from the Department of Law at National Taiwan University. 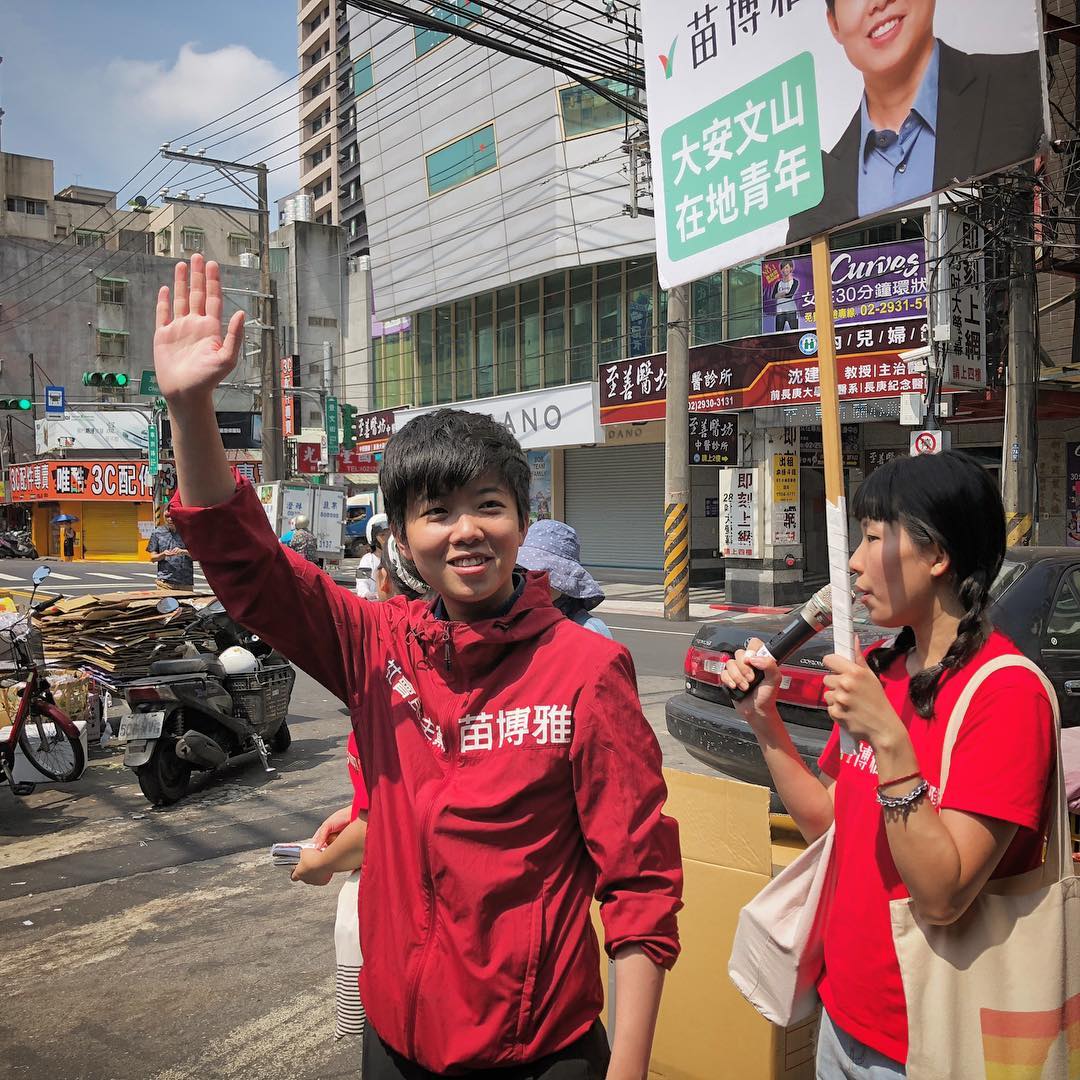 MP:  In 2016, when I ran for election, I made the decision to run in the beginning of 2015. At that time, Taiwanese society was full of opportunities, as well as very confused, because after the end of the Sunflower Movement in 2014, civil society was full of confusion. But, contrastingly, in the political world, very little progress had been made. Including the four demands of the Sunflower Movement, that there hadn’t been met, even if there was such a large social strength that appeared. It seemed that there still wasn’t the means to make the changes that people wanted to push for.

So in confronting that elections were coming up in 2016, in 2015, in running, the most important issue was that after such a large civic movement, was there the means to achieve the first political transition of power in Taiwan’s legislature? Because this had never occurred in 30 years of democratization. For a democratic country, for the majority of the parties to have never changed, this is bizarre. So I believe that this is an important political issue.

With Tsai Ing-Wen as president now, one can see some signs. And the Taiwanese people have already experienced two presidential transitions of power. But this has never taken place in the legislature. So in 2015, when the Social Democratic Party’s founder, Fan Yun, looked me up to discuss this with me I felt that attempting to enact change in the legislature was quite a meaningful thing. It could be a milestone in terms of the development of Taiwanese democracy. I think that we should push for this taking place. So that’s the primary reason why I would decide to participate in elections.

BH:  What kind of changes from 2016 do you think there are since 2018, whether with your election strategy or the political circumstances since then? 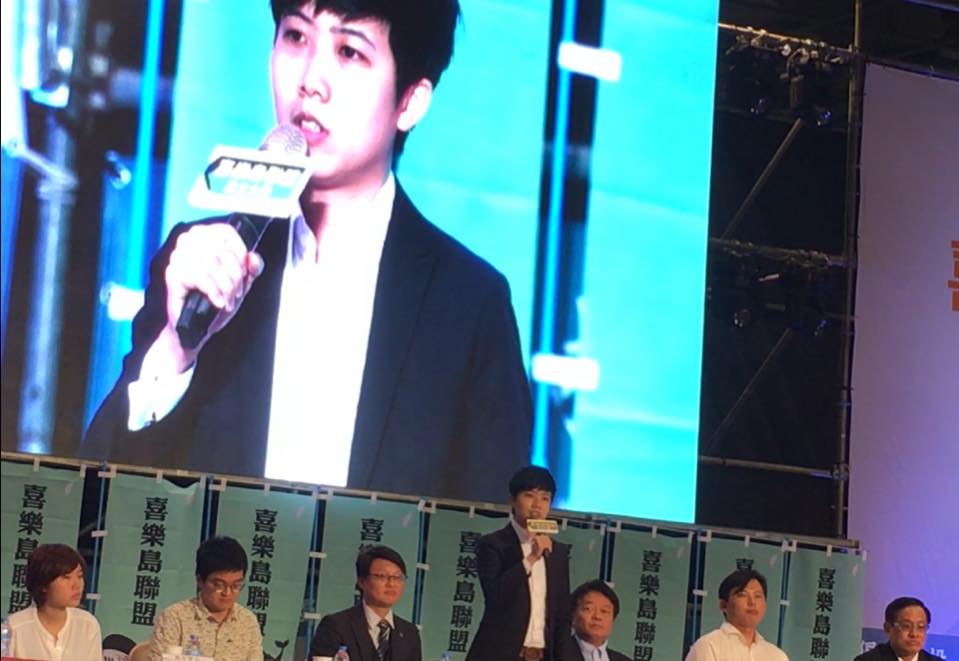 As for my personal election strategy, being elected as a legislator is that there is only one legislator for a district, so you need to win over half the votes. In running for city council, such as there are thirteen in this district. What is more, you need to win over specific groups of voters, rather than trying to aim broadly for over half of the votes. For me, there may be more of a need to discuss local issues, in changing focus from central-level issues to local issues. This is a larger difference.

BH:  Are there any issues you hope to focus on moreso, as a result of political changes? For example, there has been the emergence of conservative political forces opposing gay marriage.

MP:  In this election, there are three primary views we hope to express to voters. The first is concerning labor. That there is a need for protections for workers. The second is concerning childcare and care for the elderly. The third is issues regarding Taiwanese sovereignty. This is something we hope to convey to our voters.

With regard to Taiwanese sovereignty, this is perhaps a special issue regarding Taipei city. Taipei city has many exchanges with China and is a city which China focuses on. Regarding this, one must aim for transparency. It should not be that behind these exchanges, this leads to threats for Taiwan’s democracy. 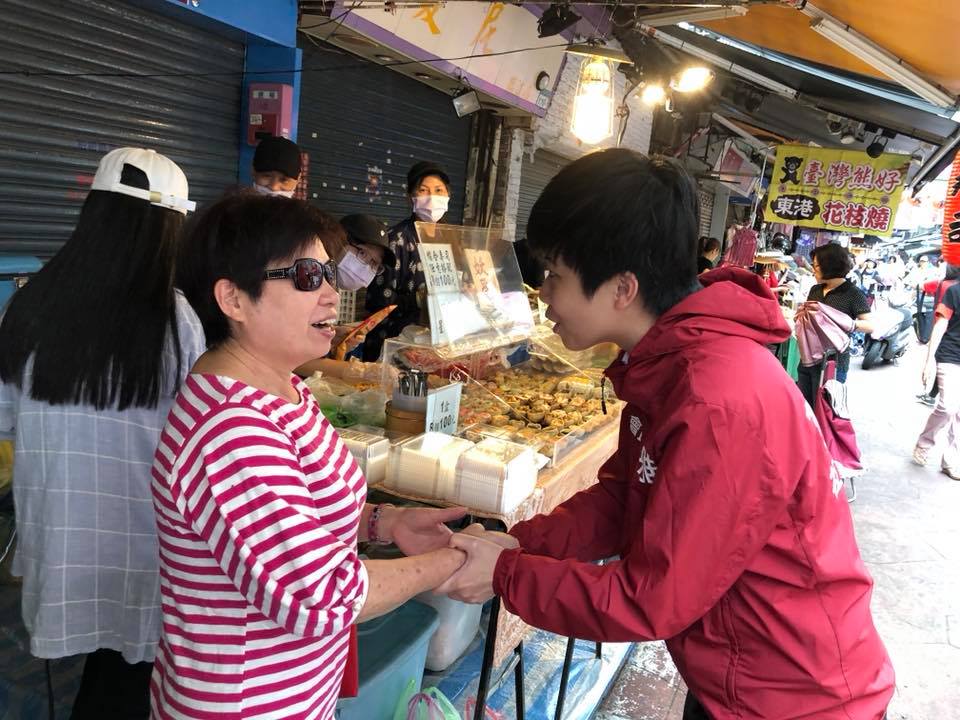 BH:  Do you think there are any changes with regards to the Social Democratic Party? Many Third Force parties appeared last time and there are even more now.

Compared to other third parties, after 2016 elections, we thought that in 2018 elections, there is a need for for progress. As a result, we have continued to maintain contact with other small parties, including the Taiwan Solidarity Union, the Radical Party, the New Power Party, and the Green Party. Of course, the one which is willing to cooperate the least is the New Power Party, because they have seats, so they can depend on themselves. With the other parties, we have consensus with some of them in some electoral districts.

BH:  What do you think the key points aimed for by the Social Democratic Party are, this time around, in elections?

MP:  The key point is city council elections. Because you only will have the opportunity to politically express yourself if you have political seats. Only then will you have the opportunity for other people to see you. So this is the Social Democratic Party’s most important aim. And our aim is to obtain enough seats in Taipei city to form a party caucus.

BH:  I notice that Fan Yun is running for Taipei city mayor this year.

MP:  This is a decision she made public a few days ago. I believe that one of the important strategic choices she made was that this could allow our positions to be better seen. This is her burden and sacrifice, as well.

BH:  How do you look at the ideals of social democracy in a Taiwanese context? How do you think this would influence Taiwan? Do you hope for Taiwan to pursue, say, a path similar to northern European countries? I asked this question in 2016 as well, when I interviewed Social Democratic Party candidates.

So under the precondition of not opposing the entire free market, how do I advance the view that the free market has issues and needs to be corrected? In Taiwan’s past thirty years of economic development, no significant party with political power has advocated these kinds of views. 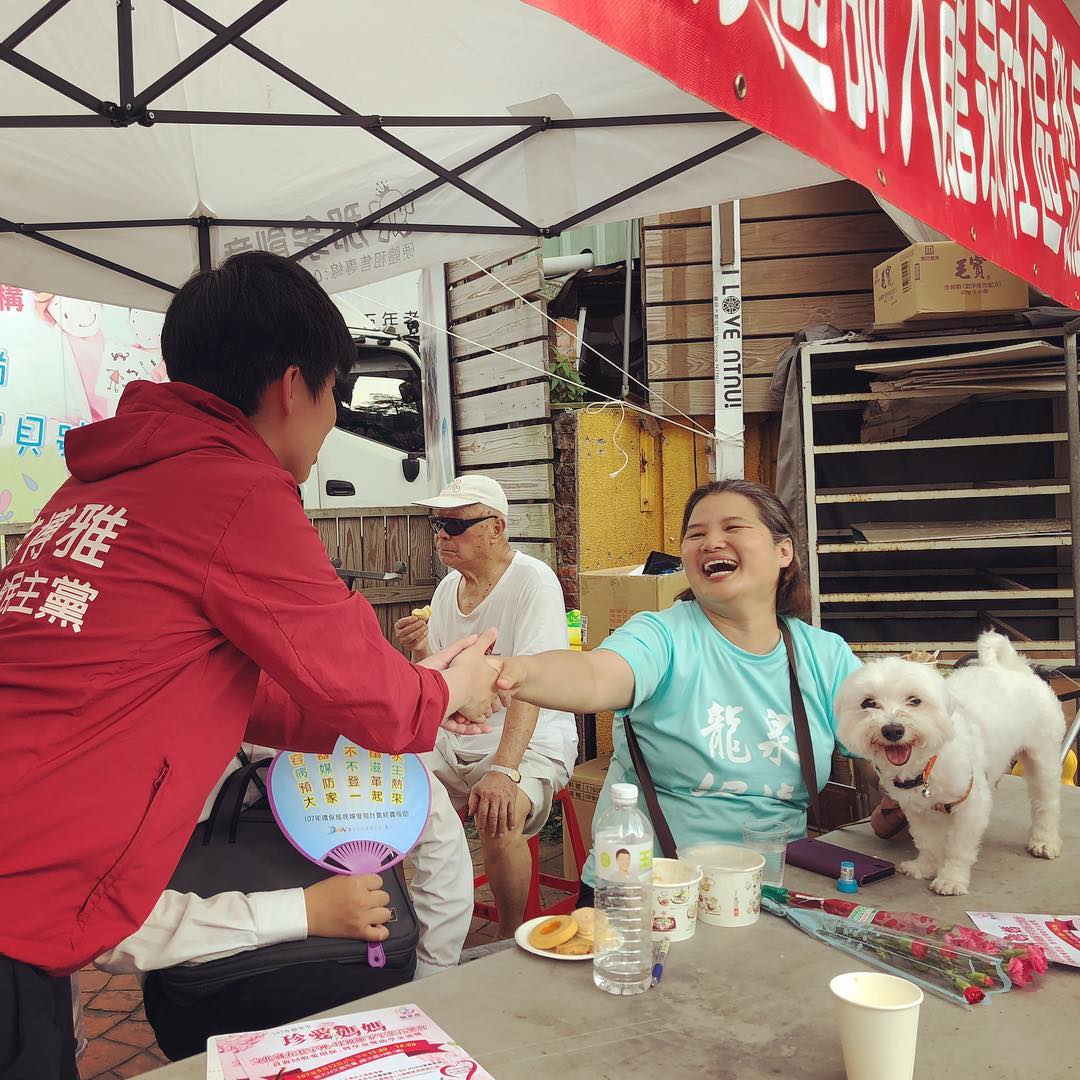 Likewise, the Social Democratic Party recognizes that Taiwan has a significant issue facing it, that of independence versus unification, With regards to this, our position is quite clear, that we want to have independent self-determination. But apart from this, in terms of the economy, we also need to reflect on the influences of the free market. We want to call for more reflection on this side of things, because in the past, those advocating independence and those advocating unification were sharply divided into two camps. But if you add views towards social welfare, the market, and sustainable development, then you have not only independence and unification, but left and right. This can allow for more plurality in terms of Taiwanese democracy. There can be deeper contents to this.

Right now, after the weakening of the more conservative political party in Taiwan, the KMT, a new authoritarian force has appeared–those of large corporations and conglomerates. It can decide who becomes the president of colleges, which television networks are broadcast or not. A new political power has emerged, in this sense. In discussing unification versus independence, this does not always hit on the issues which stem from large conglomerates. So I think a significant meaning of social democracy in Taiwan is that it can allow political discussion to not only focus on independence and unification. This is certainly important, but other important issues also needs to be discussed.

BH:  What do you think the toughest challenge is, for yourself or the Social Democratic Party?

MP:  This has to do with Taiwan’s national circumstances, which a small party like ours might not directly influence at present. But as a small country between America and China, whether you describe the present circumstances as directly being conflict or not, in this confused set of circumstances, there may be some dangers but also some opportunities. This depends on whether Taiwan’s strategy is sufficiently apt.

But I think that the present strategy can sometimes be too conservative or give up opportunities for Taiwan to advance its interests. For example, America’s current president is quite unpredictable. For an unpredictable individual like that, there are some dangers, but at the same time, there are also some opportunities.  It depends on if you are able to take advantage of the situation. 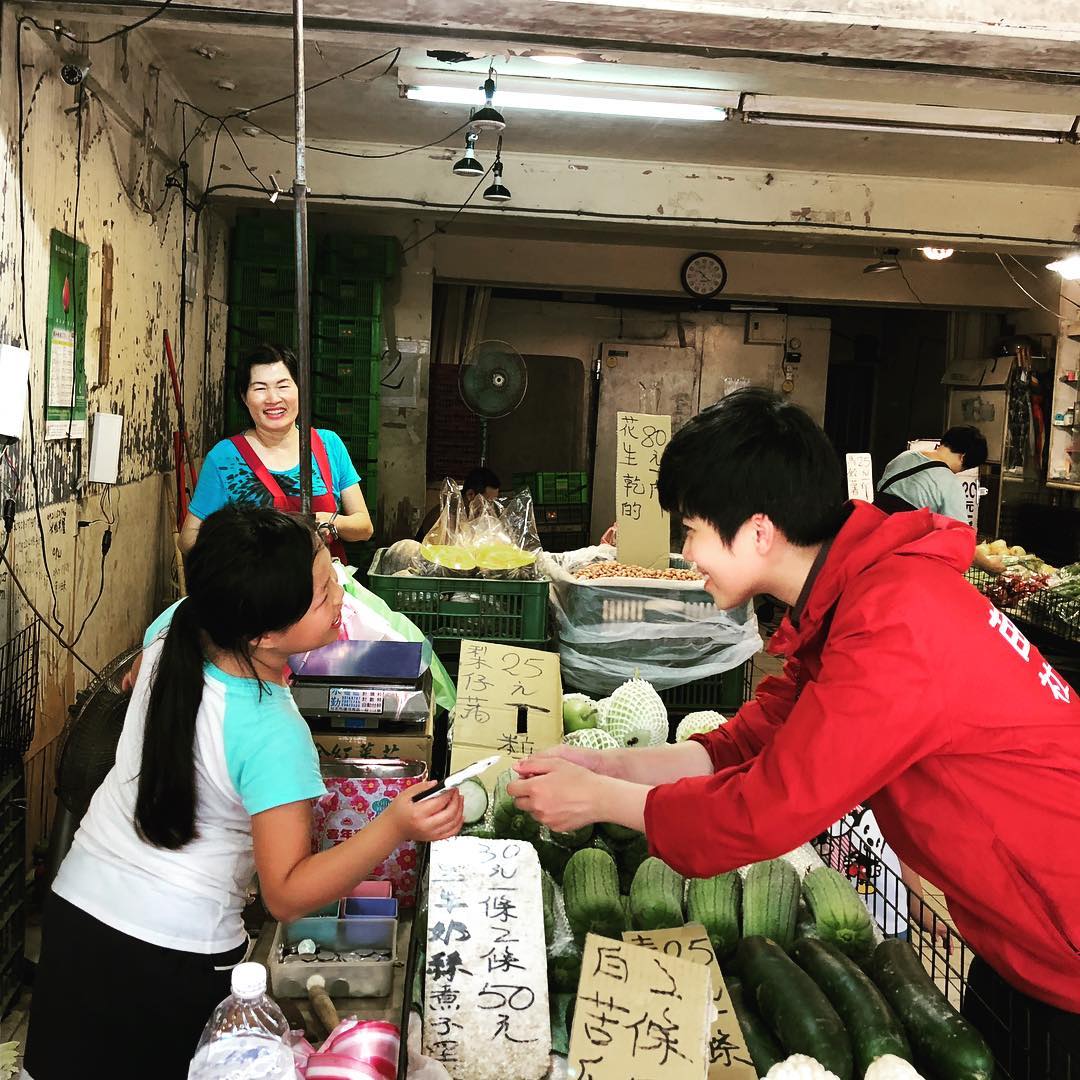 However, perhaps because of Chinese pressure, Taiwan’s current president hasn’t stated clearly her actual political hopes in the international world. Although she continues to speak of maintaining the present status quo, I don’t believe that this is is what she actually hopes for. It would be too foolish if so. The status quo can never be maintained forever, the status quo is always changing. She must have her actual political views, but in terms of the language she uses during elections, it is maintaining the status quo.

But what are these views, if they are not clearly expressed? As a result, it is hard for this to become an aim that the people of the nation can strive for together, because nobody knows what these aims are. This is a shame. We have no way to see what the holistic aims of the government are, strategically, at present. It emphasizes that we should seek more international partners, so we should orient towards Southeast Asia, or establish better ties with Japan.

For the Social Democratic Party, as a party without any seats, the most it can do is make connections between civil society. Many of our members have backgrounds in social movements. It is quite often the case that with this background, they have ties with civil society in other Asian countries, since people will share experiences and so forth.

For me, the importance of obtaining political seats, is that you might have the opportunity to form official relations. In establishing official relations, for example, as a city council member of Taipei city, you can conduct various city-level exchanges. Not simply for vanity’s sake, but to make connections with political parties or politicians with more similar political orientations to you. This may be something to strive for in the future. 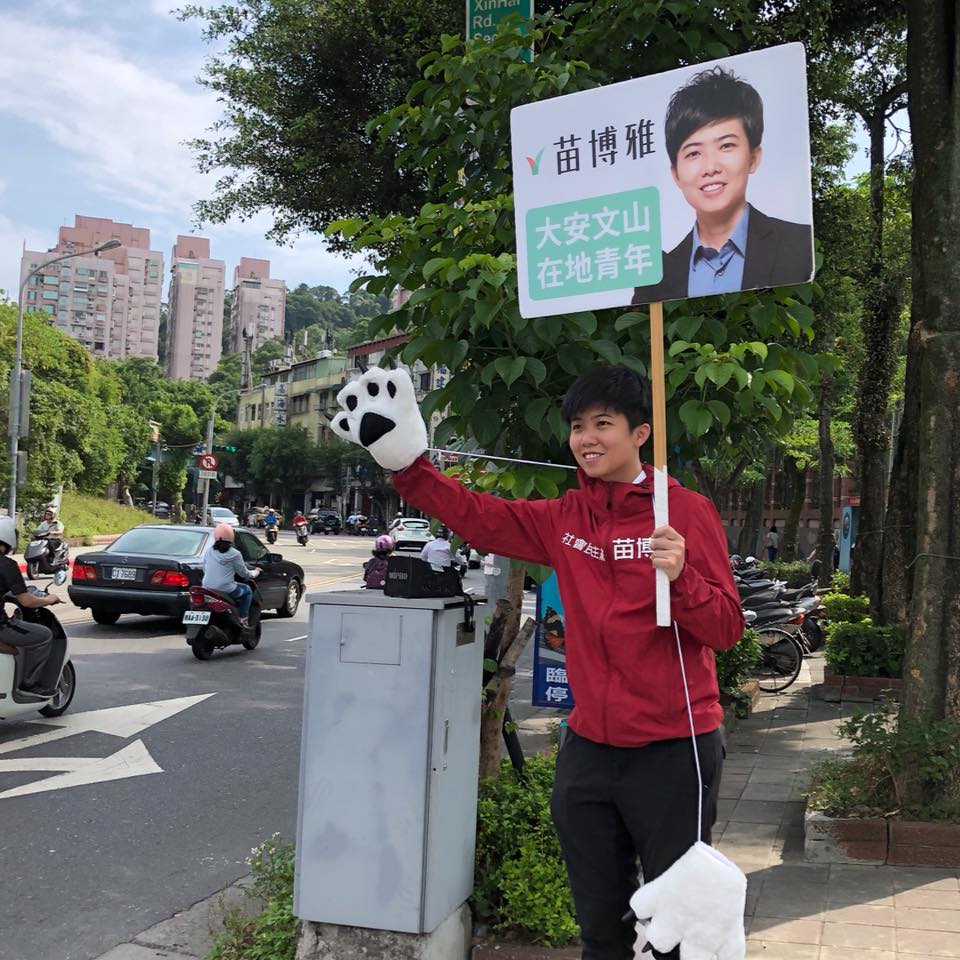 BH:  Lastly, what would you have to say to not only Taiwanese readers, but international readers?

Taiwan’s democracy is not without its problems. America has its own issues as well, for example. But this points to that Taiwan has possibility in Asia. If people can recognize Taiwan’s desire to participate in international society, or Taiwan’s ability to influence Asia, if they could strengthen their support Taiwan, we can have the opportunity to change politics in Asia. However, this requires us to have more friends to help Taiwan to accomplish this.