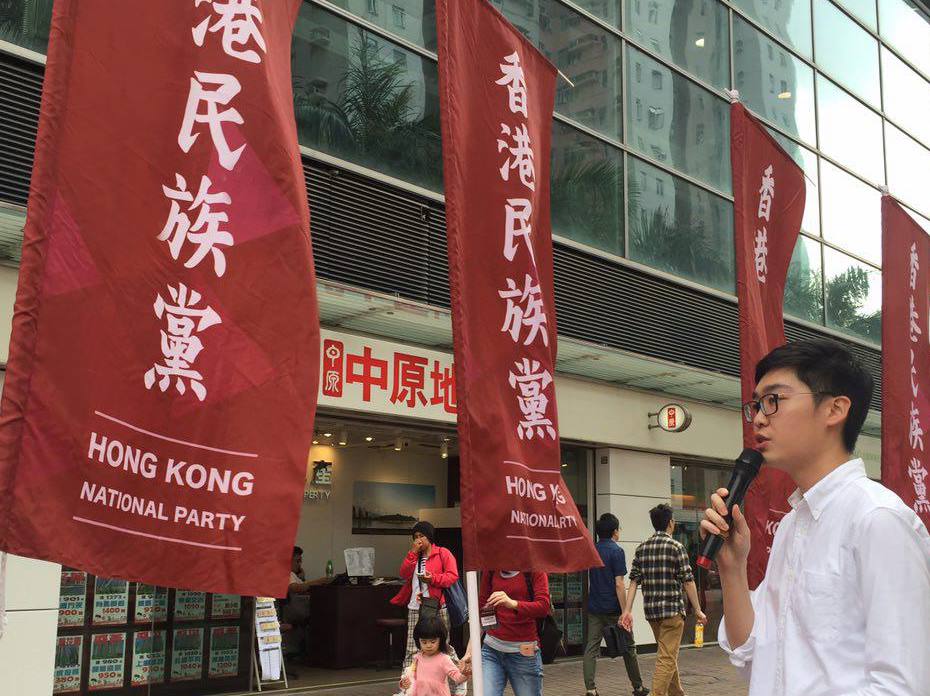 That Hong Kong’s democratic system has become all but for show was already apparent, in that pro-independence political candidates including the Hong Kong National Party’s Andy Chan were prevented for running for political office in 2016. Political candidates that won office were later disqualified from taking office or even removed from their positions after some months while serving in office. This occurred not only in the case of localist lawmakers that called for outright Hong Kong independence, but those did not. Both new lawmakers who were among youth activists that entered electoral politics in Hong Kong after the Umbrella Movement and veteran pan-Democratic lawmakers who had been part of LegCo for years were among those disqualified.

However, since Chief Executive Carrie Lam took office in 2017, the situation in Hong Kong has seen further deterioration, with attempts to imprison youth activists. While an initial attempt to imprison the “Umbrella trio” of Joshua Wong, Alex Chow, and Nathan Law was eventually overturned, localist Edward Leung would later be sentenced to six years in prison for his part in riots that broke out in Mong Kok in 2016. Other activists have been convicted with long-term jail sentences, some choosing to flee while others have stayed to face prison time. 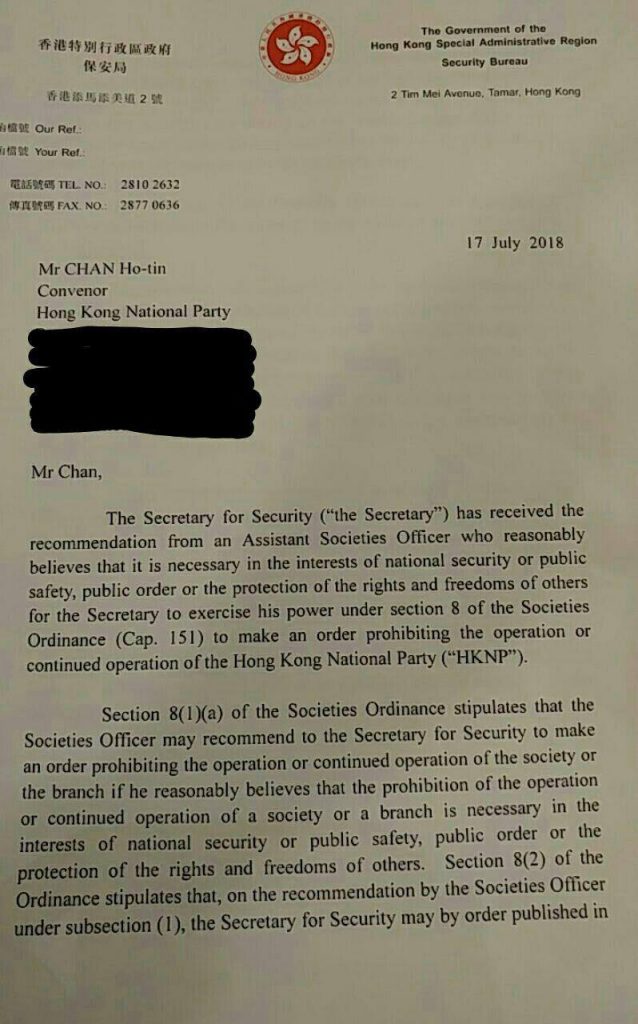 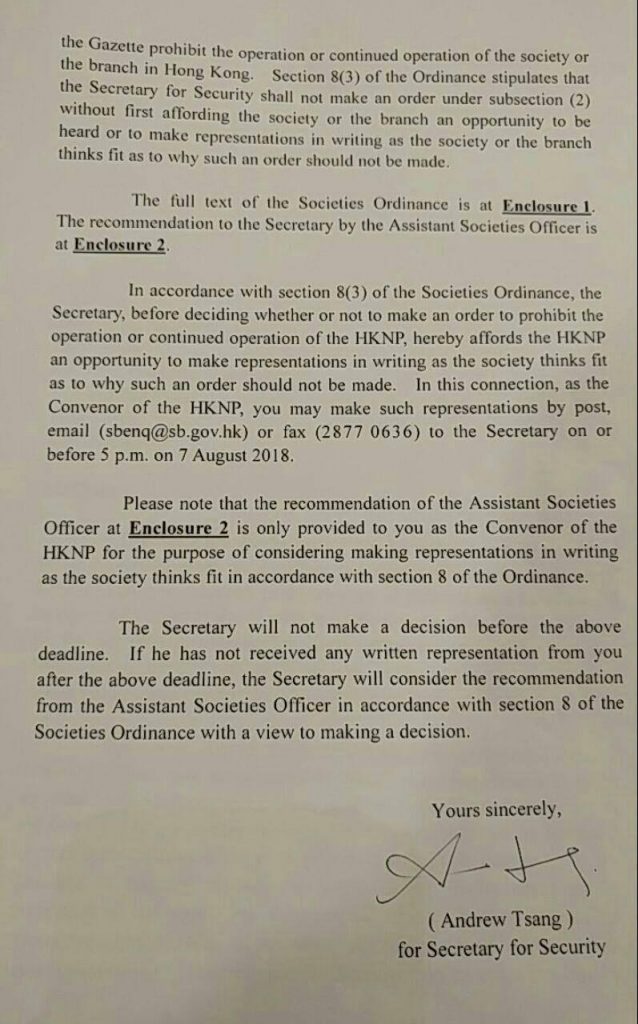 While localist parties will probably be in the direct line of fire, one also expects more centrist groups, such as Demosisto, to be eventually targeted. This may lead to more arrests of youth activists if they refuse to disband their organizations. Indeed, suggestions by pro-Beijing voices to ban pro-democracy gatherings such as the annual July 1st pro-democracy march entirely have taken place, raising the question of whether bans on pan-democratic political parties will also take place.

Banning such organizations could have a chilling effect on political activism in Hong Kong, or it could have the effect of driving groups underground and towards more radical action.

One notes, for example, that the Hong Kong National Party only has several dozen members and localist groups are less active than they were in the past. But the actions of the Lam administration will serve to raise the Hong Kong National Party’s profile. That the government takes localists seriously enough to seek to crack down on them could, in this way, actually push beneficial to localism, and the Hong Kong government could inadvertently be fanning up dissent by attempting to crack down on localist groups or other organizations. 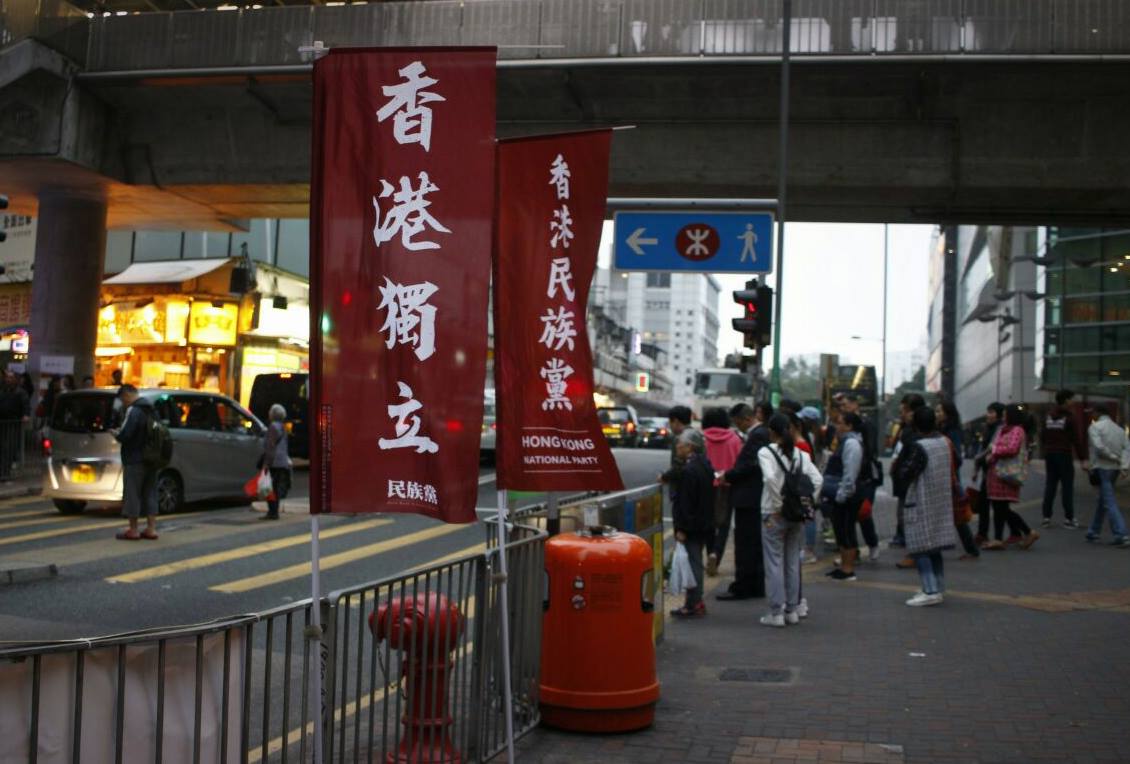 The further deterioration of political freedoms in Hong Kong, with the loss of the freedom to freely vote for their political leaders if Beijing does not like them by Hong Kong residents, and the loss of freedom of political assembly through the banning of the Hong Kong National Party would simply be another sign that Beijing intends to make Hong Kong into just another Chinese city. The CCP, after all, places firm restrictions on the actions of the organizations that are allowed to exist in China, fearing them as potential political threats—even in the case of organizations which are not political in nature. As a one-party state, the CCP cracks down on any other forms of political organization outside of itself, and will also take steps to try and eliminate and purge internal threats.

Nevertheless, this will continue to be the trend in Hong Kong without resistance from the Hong Kong people. And it remains that political activity continues to be at a low in Hong Kong, with a pervading sense of hopelessness.