TWO RECENT INCIDENTS prove examples of murky KMT politics at the local level, with KMT politicians in both urban and rural areas implicated in scandals regarding real estate. This can be observed both with a scandal regarding a dorm complex owned by KMT mayoral candidate Hou You-yi and former Yunlin County commissioner Chang Jung-wei.

Hou You-yi, a former director-general of the National Police Agency and deputy mayor of New Taipei City, has been implicated in a scandal regarding the Da Chiun Building, whose majority owner is Jen Mei-ling, Ho’s wife. In particular, the building is classified as a Type 2 residential property under the Taipei City Self-Government Ordinance for Land Use Zoning Control, which means that the building should not be used as a dormitory, although the building can be used as housing. 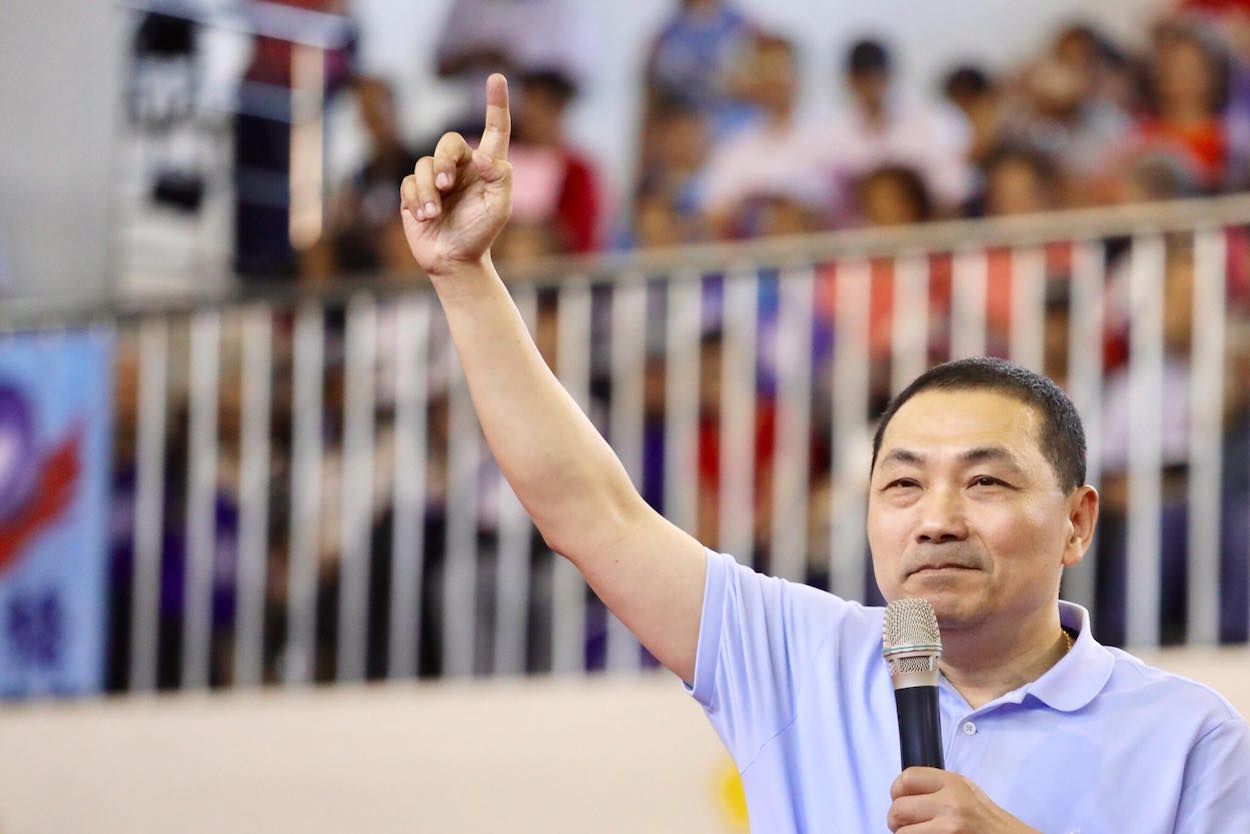 As such, by renting out the building to Chinese Culture University, this may have been in violation of the law. Further questions remain about how the building was built to begin with, which may have also been in violation of urban planning codes. Notably, Lee Ching-yuan, a Taipei city councillor who is a former New Party and KMT member, reported the structure as illegal in 2012, but no action was taken.

For his part, Hou has cited the complications of city housing law, as well as the arbitrary nature of that it would have been legal for an intermediary firm to rent individual apartments in the building to students, but illegal for the university to do so if the building only contained students as a pro forma dormitory. Interestingly enough, perhaps pointing to the complicated relationship between the KMT and Taipei mayor at present, Hou seems to have appealed to Taipei mayor Ko Wen-je to come to his defense in this process, which Ko seems to have done to some degree in suggesting that Hou is innocent of wrongdoing. On the other hand, some interpret New Taipei City declaring a typhoon day last week when Taipei City and Keelung did not as an attempt by New Taipei City mayor Eric Chu of the KMT to hit back at Ko, with the perception that Ko is politically targeting Hou.

Defenders of Hou have pointed out that Hou seems to being opportunistically targeted by members of the DPP, to suggest that Hou was extorting students using cheap housing, or may have been operating dormitories in knowing violations of the law, which is probably true. Indeed, despite the fact that Hou’s actions as a high-ranking member of the police during the martial law period were questionable, the DPP has also sought to recruit Hou in the past, and so it is not incorrect to label such accusations as opportunistic. However, student groups have also been among those to protest in the aftermath of the scandal, pointing to broader issues regarding the lack of dormitories for college students, with up to 270,000 unable to rent rooms in dormitories due to lack of housing. 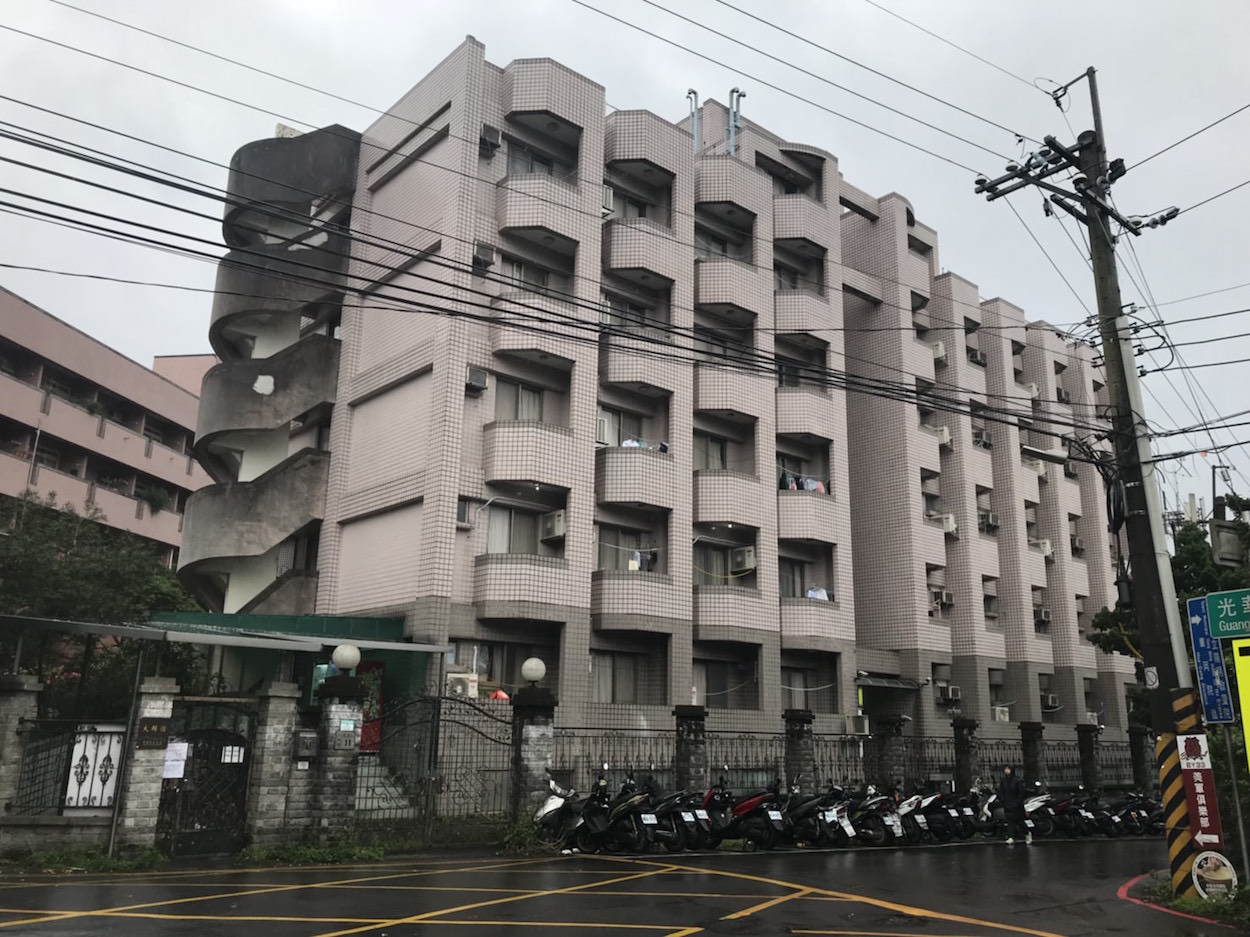 Either way, violations of city code by landlords, building owners, or intermediary firms that handle renting are widespread in urban centers in Taiwan. The scandal has the character of being a tempest in a teapot, and it is unlikely to hurt Hou’s overall mayoral chances unless a larger pattern of such wrongdoing by Hou emerges.

But adding weight to accusations of wrongdoing is the KMT’s broader history of corruption where landed property is concerned. KMT politicians at the local level have long been accused of collaborating with corrupt construction firms, taking bribes in order to allow for local development, awarding lucrative contracts to favored firms in return for bribes, or turning a blind eye to, or even actively facilitating land evictions for the sake of commercial development in return for kickbacks. Such actions also conducted in order to develop clientelist networks which will allow them to retain their grip on local power and this is referred to in Taiwan as the “black gold” politics of the KMT, the term “black gold” referring to the black taint of organized crime ties on the KMT’s party colors, which includes gold.

This would be the case with former Yunlin county commissioner Chang Jung-wei, a classic case of KMT corruption. Chang was sentenced to eight years in prison earlier this month by the Supreme Court for receiving 30 million NTD in bribes from a construction firm to award a 3.3 billion NTD government contract for an incinerator to them. The court battle has raged on for fourteen years, making its way to the Supreme Court, but Chang can no longer appeal. 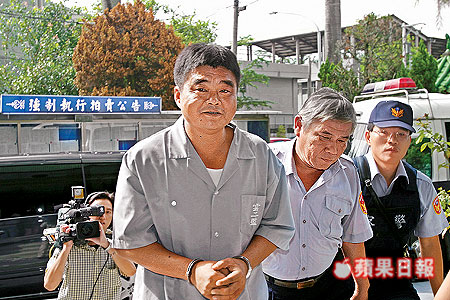 Chang, who hails from a powerful KMT family that has long had a grip on Yunlin county politics through agricultural associations, has long been accused of corruption, vote-buying, and organized crime ties. Chang has also been accused of employing physical violence in order to ensure that others comply with his political will. Although Chang has long been alleged by members of the DPP to be a classic case of “black gold” KMT politics, members of the KMT have long alleged such accusations as simply being political rumor-mongering aimed at smearing opponents. In the present, with the DPP in control of the presidency and legislature of the first time in its history, the KMT now alleges that this is a form of political persecution surpassing the “White Terror” conducted by the KMT during martial law, the so-called “Green Terror.”

So, then, does it also stand that if Hou wishes to run as a KMT candidate, it is not without merit that murky real estate dealings are among the issues that Hou will have to answer for in his mayoral run. However, in the end, as issues of local corruption by KMT politicians have yet to see redress despite efforts by the Tsai administration to deal with KMT party corruption, one does not truly expect the issue to be resolved in the near future.