Why Would Xi Meet With Lien Chan Over Other KMT Members?

KMT PARTY heavyweight Lien Chan’s visit to China to meet with Chinese president Xi Jinping over the weekend provides some insight into China’s current orientation towards the pan-Blue political camp in Taiwan. Few surprises emerged from the meeting, with both affirming the “One China Principle”, as largely expected. Both sides voiced criticisms of the current Tsai administration for its failure to commit to the “One China Principle,” criticisms of Taiwanese independence as a political dead-end, and Xi emphasizing the need for Taiwan to follow the “correct direction” for the rejuvenation of the Chinese nation. The meeting, then, was primarily for signaling, and there were no real significant developments, although as China’s Taiwan Affairs Office head Liu Jieyi would point out, this was the first time since the 19th National Congress of the CCP in October 2017 that Xi Jinping discussed Taiwan at length. 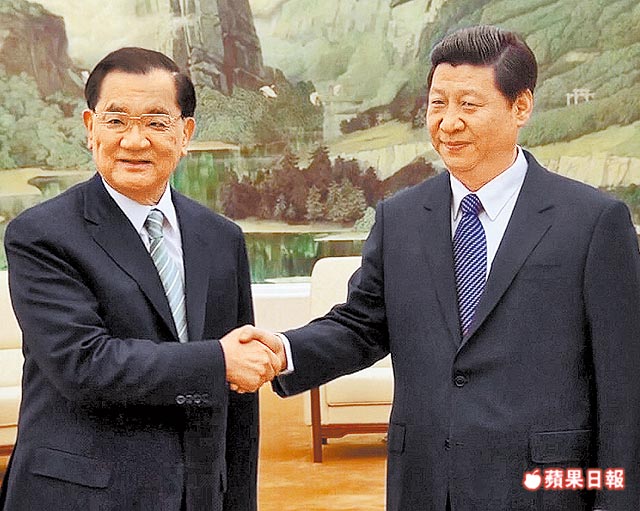 Nevertheless, it is notable that Xi decided to meet with Lien over other possible candidates, such as current KMT chair Wu Den-yih or former chair Hung Hsiu-chu and this highly likely to be a political signal by China. First and foremost, at 81 years old, Lien Chan can be thought of as an elder statesman of the KMT. Lien is one of the oldest generation of currently active KMT members, having been born in 1936 in Xi’an, China, and having come over to Taiwan with the KMT as as a child following the KMT’s defeat to the CCP in the Chinese Civil War. As such, seeing as he was born in China, Lien is from an older generation of KMT than Wu Den-yih and Hung Hsiu-chu, who are both 70 years old, were both born in 1948, and were both born in Taiwan, Wu having been born in Taichung and Hung having been born in Taipei.

Lien is former premier and vice president, as well as former chair of the KMT. However, apart from having held such high-profile posts, one of Lien’s main claim to political significance is that in 2005, Lien visited China to meet with then-Chinese president Hu Jintao. This was then the highest-level exchange between KMT and CCP members since 1945, when Chiang Kai-Shek and Mao Zedong met in Chongqing the aftermath of the Sino-Japanese War. 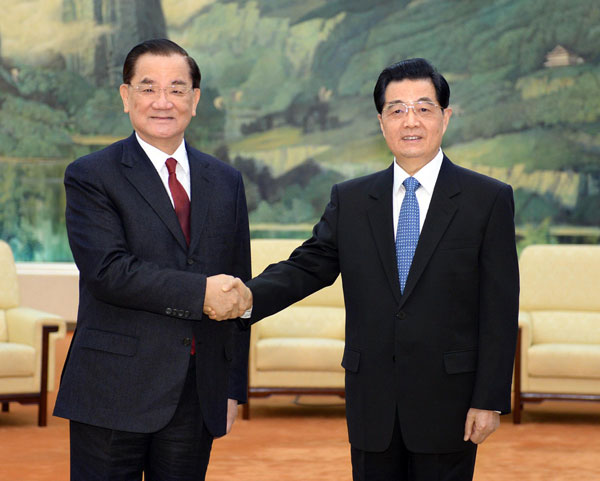 Seeing as former minister of the Mainland Affairs Council Su Chi stated that he made up the “1992 Consensus” after the fact as a way to facilitate the peaceful political transition of power in Taiwan after 2000 election victory of Chen Shui-Bian, the term “1992 Consensus” only began to appear in political discourse in 2000. As such, along with a visit to China by James Soong of the People First Party the same year in which Soong also acknowledged the “1992 Consensus”, the Lien-Hu meeting was actually one of the earliest occasions in which the concept of the “1992 Consensus” became strongly emphasized as a framework for cross-strait relations by the pan-Blue camp and by China.

During KMT chair elections in May 2017, in her reelection bid, Hung subsequently attempted to use her past meeting with Xi as leverage while competing with Wu. At the time, Hung intimated that she could meet with Xi a second time during a planned visit to China in order to suggest that she had the faith of the CCP in a way that Wu did not, although such a meeting eventually did not take place. 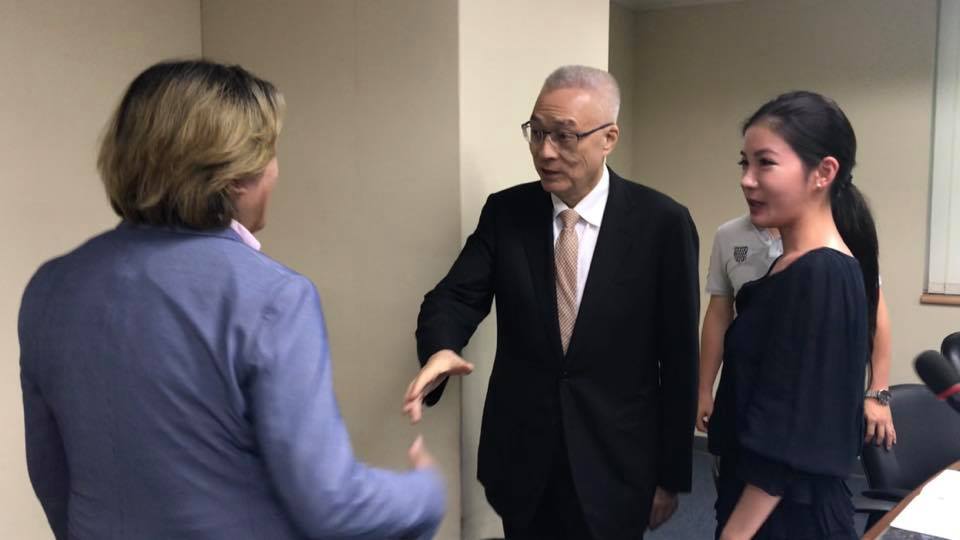 Hung eventually lost to Wu by a landslide. But some suggested that the CCP could potentially continue to back Hung over Wu, seeing as Hung strongly expressed views calling for the immediate unification of Taiwan and China in a manner that Wu had not in his long years as a member of the “Mainlander faction” of the KMT under Ma Ying-Jeou.

Hung still has the devotion of many deep Blue members of the KMT and may continue to jockey for power within the party, having visited China earlier this month as part of the first cross-Taiwan Strait youth development forum aimed at encouraging young Taiwanese people to start businesses in China and to win them over through economic incentives. On the other hand, Hung’s numerous public gaffes, outlandish statements, and stark pro-unification views without any form of political finesse have proven alienating of the Taiwanese public at large. Yet neither does the CCP find Wu apparently all that inspiring either, if it would pass up meeting with Wu in favor of meeting with Lien Chan.

So, then, may the CCP hope to harken back to a political past before both Wu or Hung through Xi Jinping meeting with Lien. Meeting with Lien would also reemphasize that what the CCP would like to see from China in the present is acknowledgement of the “1992 Consensus.” But, while it remains to be seen how the KMT performs in upcoming 2018 local elections, Taiwanese identity trends do not seem likely to reverse anytime soon—1992 Consensus or no 1992 Consensus. The glory days for the KMT and CCP of the Lien-Hu meeting in 2005 were at a time in which trends regarding Taiwanese identity were really untested waters, more than anything else, and such a past is not likely to return.