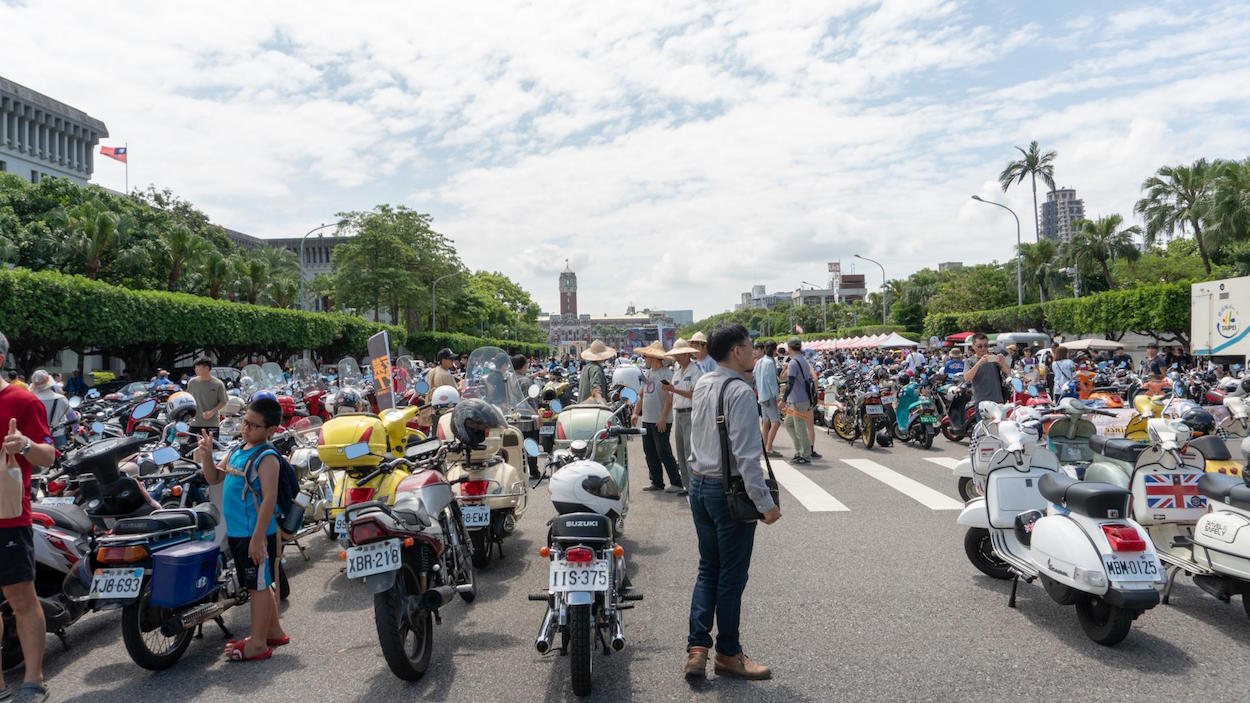 New legislation under discussion in the Legislative Yuan would raise the emission standards that vehicles more than ten years old, including two-stroke scooters, would have to meet, and could restrict two-stroke scooters from entering certain areas. According to government spokespersons, two stroke scooters are generally more than ten years old, are much more polluting than four-stroke scooters producing, for example, 60 times more PM2.5 particles hazardous to air safety, 20 times more hydrocarbon, and twice as much carbon monoxide. Legislation targeting scooter and older vehicles could affect up to over 5 million vehicles.

However, two-stroke scooter owners defend their right to own their scooters as a democratic right, claiming that the Tsai administration would be seeking to crack down on lifestyle choices, and otherwise offer alternative facts to what is claimed by the government. Two-scooter owners have attempted to redirect attention to other issues but appealing to statistics claiming that factories are a greater source of air pollution than scooters and accusing the Tsai administration of failing to take action against polluting factories—although, to be sure, even if it may be true that Tsai administration has taken insufficient action against polluting factories, this does not mean that a scooter ban would be unnecessary for reducing air pollution in Taiwan.

One observes similar concerns with regards to a recent public discussion about how Taiwanese would drink bubble tea, the so-called “Taiwanese national drink”, in consideration of an upcoming ban on plastic straws set to take effect in 2019. Some ponder whether Taiwanese should use metal straws, take to eating bubble tea with spoons, or use paper straws. Public discussion regarding the issue has been large enough that no less than President Tsai Ing-Wen would weigh in on the issue. 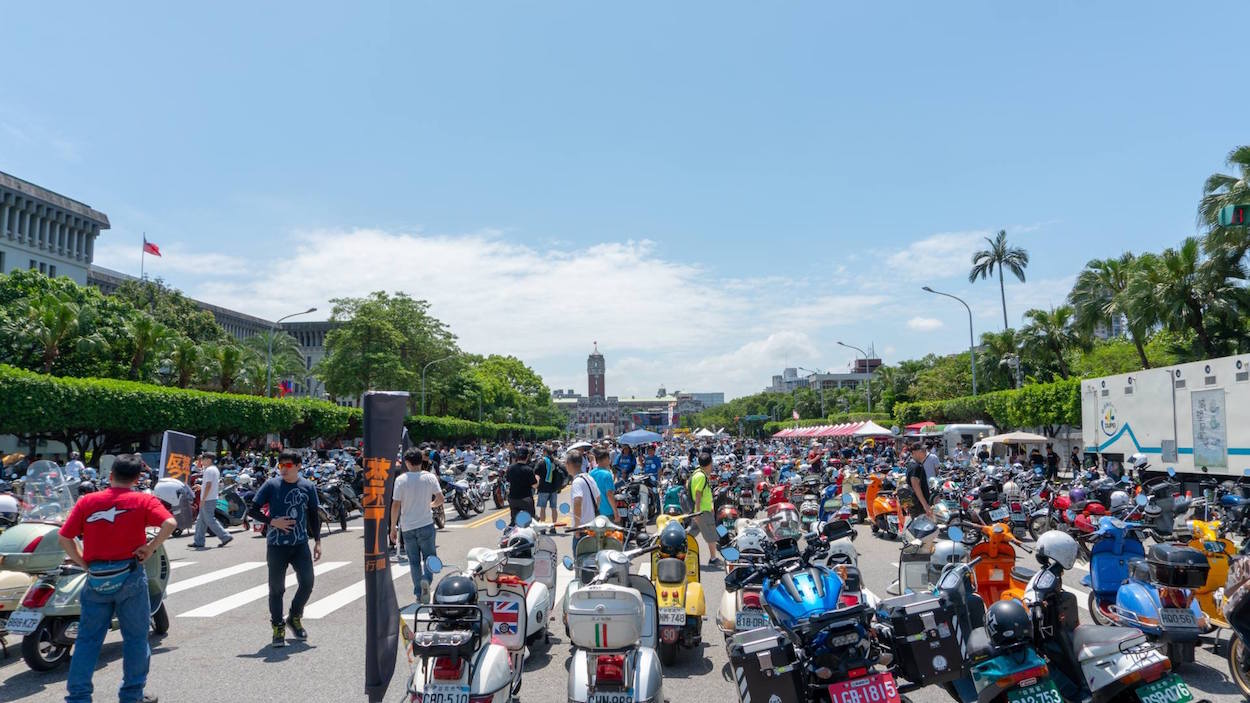 Plastic straw bans are set to take place at the same time as expanding currently existing restrictions on the sale of plastic bags. However, it is also possible that many stores will take to simply turning a blind eye to violations of the law for the sake of inconvenience, as has occurred in the past regarding the widening of restrictions on the sale of plastic bag for establishment selling food products which would be inconvenient to handle without the use of plastic bags, such as with bakeries.

But in comparison of the two issues, it proves striking that two-stroke scooter owners have been able to organize around the issue, whereas—however fanciful the image may be—it seems unlikely that fans of bubble tea will take to the streets in demonstration over their right to drink out of plastic straws. Two-stroke scooter owners notably may view their ownership of two-stroke scooters as something of a lifestyle choice, in line with motorcycle culture in other parts of the world, which may be why they could organize.

One observes other incidences of groups organizing because they feel their rights are being infringed upon with reactions from the religious against rumors that the Tsai administration was planning on banning the burning of ghost money, another large source of pollution in Taiwan. Such rumors were fake, as primarily conveyed through content mills on Line, but as with two-stroke scooter owners, a group feeling that its rights are being infringed upon through environmental legislation could lead to protests. This may be amplified through fake news, or rumors about the details of pending legislation which may not actually be true that circulate on social media. 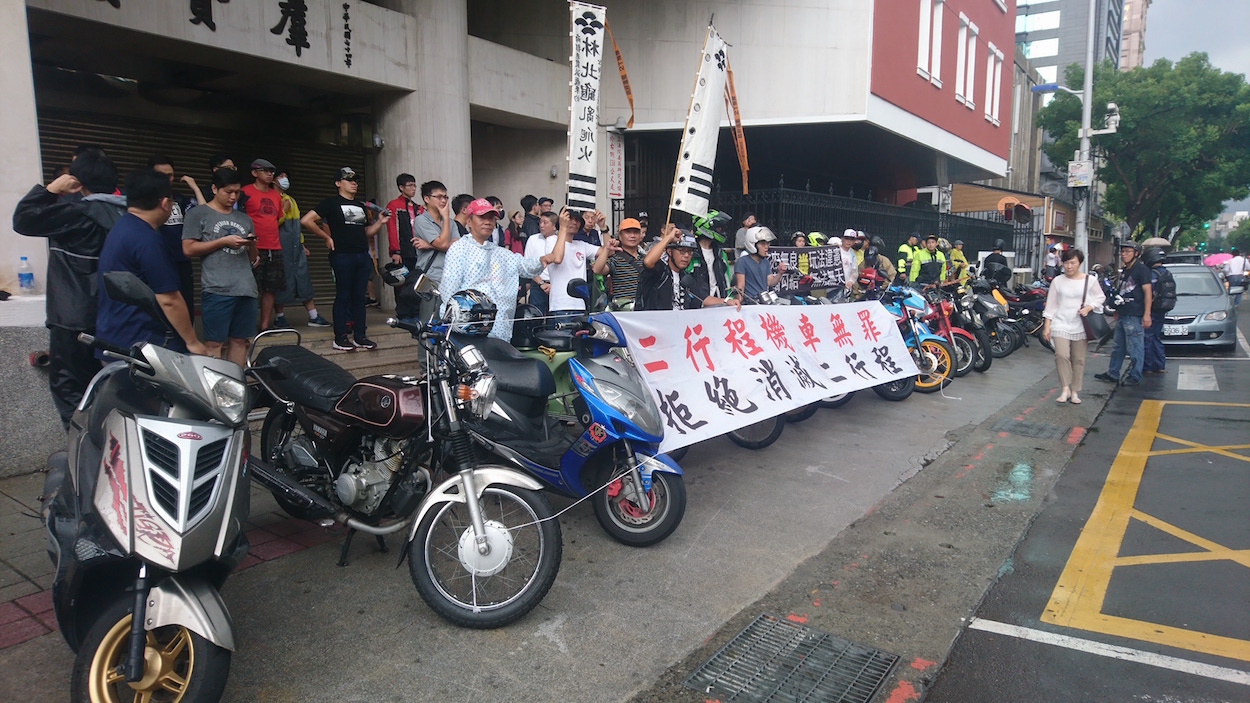 Demonstration outside the Legislative Yuan over the weekend. Photo credit: 台灣反禁二行程聯盟/Facebook

In many cases, such groups may come into conflict with environmental groups and everyday citizens, seeing as public anger is also on the rise regarding worsening problems of air pollution in Taiwan—anger which is usually directed at the government. Going forward, the Tsai administration, then, will inevitably have to alienate one group or another in the course of pursuing environmental legislation. Although conducting issues with sensitivity may allow for the defusing of social tensions, this may be unavoidable.

But it does well to remember that when confronted with the unresolvable demands of two conflicting social groups in the past, as most strikingly seen regarding the Tsai administration’s two set of changes to the Labor Standards Act in the last two years, the Tsai administration’s reaction was usually to flip-flop on the issue in such a manner to offend both sides. We will see as to whether this is the case with regards to environmental legislation intended to combat air pollution.