TWO DEMONSTRATIONS regarding education took place over last weekend. The first took place on Saturday afternoon outside the Executive Yuan and concerned itself with anticipated tuition hikes slated to be announced by Executive Yuan later this month. The second demonstration took place on Sunday morning outside the Ministry of Education, as an emergency mobilization against the sudden suspension of operations of the Asia-Pacific Institute of Creativity.

The Saturday demonstration was organized by No High Tuition (反教育商品化聯盟), which has been active in student organizing against tuition hikes for many years, preceding the Sunflower Movement. In particular, members of No High Tuition were critical of claims by the Executive Yuan that justified tuition hikes on the basis of claiming that they would pay for scholarships for low income students, that they were needed to maintain a high quality of education, or were to keep pace with rising income levels. Demonstrators pointed to how low incomes in Taiwan have not increased a such pace with the tuition increases as called for by the Ministry of Education, and that allocation to low income students remains low, particularly in private institutions. 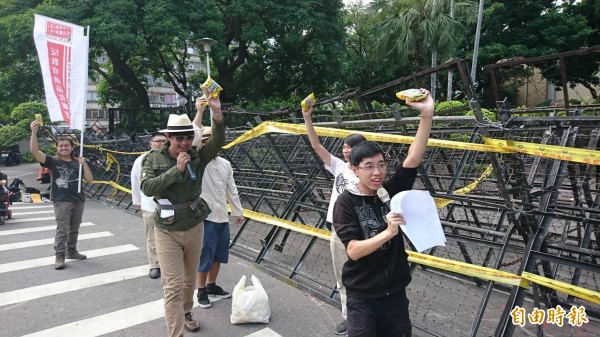 Demonstrators from No High Tuition outside the Legislative Yuan. Photo credit: Liberty Times

Instead, demonstrators asserted that rising tuition levels in Taiwan were exploitative of students, and reflective of the commodification of education. Although many of Taiwan’s universities are public, rather than private, and public universities are usually more expensive and more prestigious than private universities, unlike in many western countries, just as students around the world face issues of substantial student debt as a result of loans taken out to pay for education, this is also a rising problem in Taiwan.

Nevertheless, the demonstration was perhaps not as well-attended as one would have hoped. It may be reactions against pending announcements by the Executive Yuan which lead to more protest.

As for the second demonstration on Sunday morning, this an emergency mobilization against the sudden suspension of operations the Asia-Pacific Institute of Creativity (亞太創意技術學院). The institute is to suspend operations at the end of July. The demonstration was primarily organized by the Taiwan Higher Education Industry Trade Union (台灣高等教育產業工會). Several dozen demonstrators were in attendance.

Although a possible closure had been anticipated since last year, demonstrators cite that the school board did not reach quorum in accordance with the school’s governing principles before deciding to close the school and that the opinion of staff, who were in opposition to the closure was disregarded. The Ministry of Education has apparently stated that after the current staff leave, the school will hire new staff.

In particular, the current set of students at the Asia-Pacific Institute of Creativity has been left in limbo by the sudden decision, seeing as they have already enrolled. However, now their school is now to be suddenly suspended and the teachers that they expected to take classes will no longer be teaching them, meaning that the curriculum and class selection could alter radically.

The precise reasons for the closure remain unknown. However, as the declining birthrate means that schools in Taiwan will face shortages of students in the future, widespread school closures are anticipated in Taiwan. It is anticipated that this shortage of students will lead to mass school closures in Taiwan and it is unlikely that this demographic change will reverse in the near future. 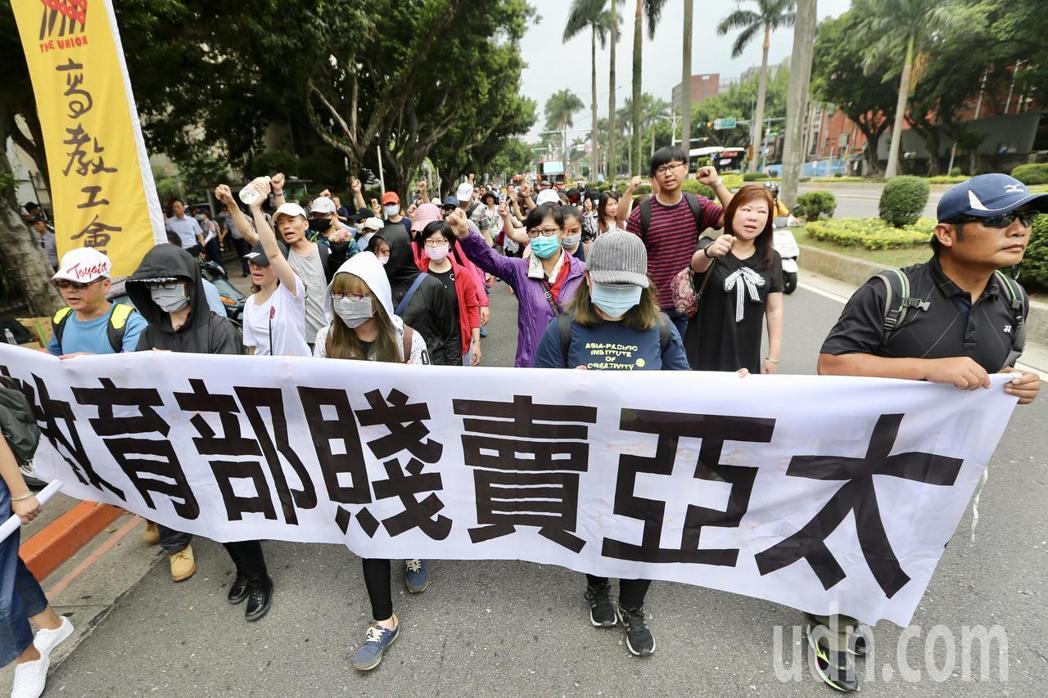 Demonstrators against the closure of the Asia-Pacific Institute of Creativity on Sunday. Photo credit: UDN

The closure of the Asia-Pacific Institute of Creativity sets a negative precedent in terms of how such closures will be carried out. It is to be noted that the Asia-Pacific Institute of Creativity is not a high-profile educational institution, along the lines of, say, National Taiwan University (NTU), but mass dismissals of teachers and sudden suspensions of classes are far from what is to be hoped for in terms of not only how to carry out school closures responsibly, but also public transparency in higher education institutions.

Indeed, a scandal is currently raging in NTU, Taiwan’s most prestigious educational institution, regarding questions of transparency in how the election was carried out, conflicts of interest, and pan-Blue versus pan-Green political conflict. That questions of transparency are unable to be smoothly resolved in Taiwan’s most prestigious educational institution points to how such issues occur at all levels of Taiwan’s educational system. This may be the case with the Asia-Pacific Institute of Creativity.