Haiti Visit Revealing Of The Paradoxes Of ROC State Relations

A RECENT FIVE-DAY visit to Taiwan late last month by Haitian president Jovenel Moïse ended with Haiti walking away with a 150 million dollar investment by Taiwan in Haiti’s power grid. It seems that despite vows by the Ministry of Foreign Affairs that it intends to move away from dollar diplomacy as a strategy to maintain Taiwan’s few remaining diplomatic allies, dollar diplomacy is alive and well in Taiwan.

Haitian politicians, including reportedly the presidents of both chambers of parliament and prominent businessmen, were hoping for as much as 1 billion in loans and billions more in investment from Taiwanese businessmen. Taiwan promises that investments in Haiti’s power grid will help to restore 24-hour access to the power grid. Taiwanese companies will likely carry out the construction and they may benefit financially from this, but the deal is probably more to Haiti’s benefit than Taiwan’s. 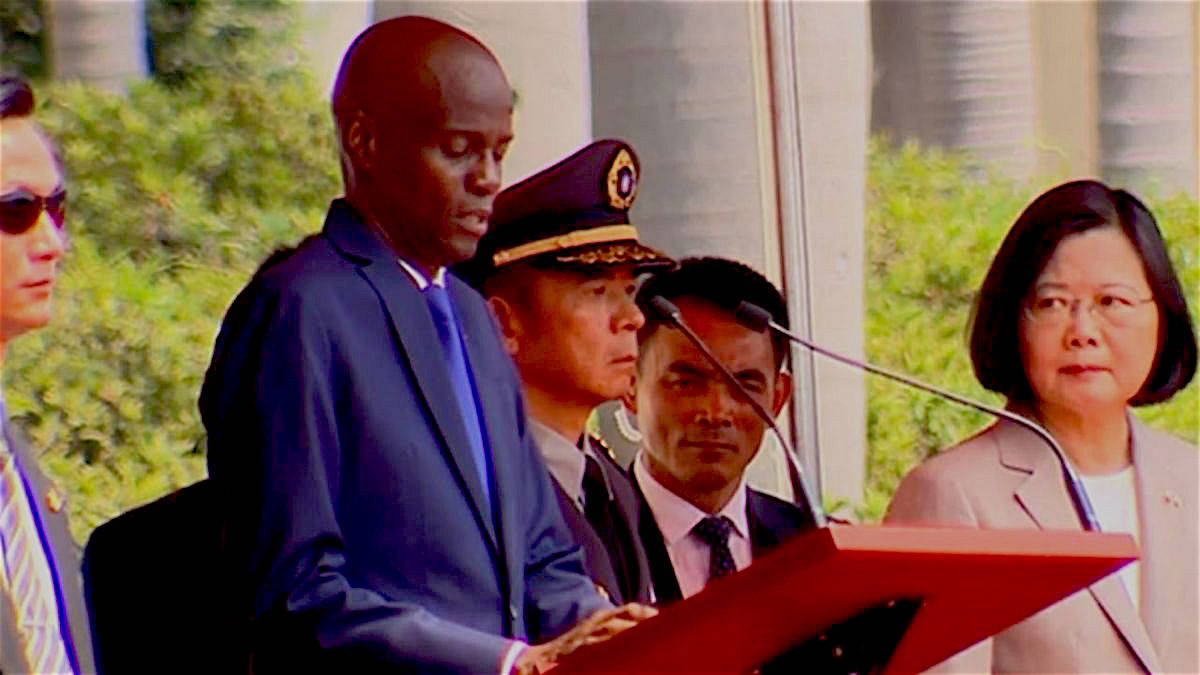 In particular, Haiti is still recovering from a 2010 earthquake that left much of the nation without power and damaged vital infrastructure, and a devastating hurricane in 2016. Haiti also is a clear example of how many of the allies of the ROC are authoritarian regimes with questionable human rights records and high levels of political corruption, seeing as the ROC has maintained continuous political ties with Haitian through numerous military coups and dictatorships. In spite of the differences between the regimes which have controlled Haiti through past decades, the ROC proved a consistent source of funds in return for allying with the ROC over the PRC, which was likely why such ties proved expedient to both sides.

Moïse’s visit comes at a politically sensitive time for both Haiti and Taiwan. Taiwan recently lost two diplomatic allies in May, suggesting that China is stepping up efforts poach Taiwan’s few remaining diplomatic allies. On the other hand, Haitian president Jovenel Moïse and his administration may be looking to quickly enact campaign promises to restore 24-hour power in Haiti. Furthermore, facing questions of political legitimacy due to accusations that government ministers embezzled 2 billion dollars in oil loans from Venezuela, Moïse may be in need of funds. 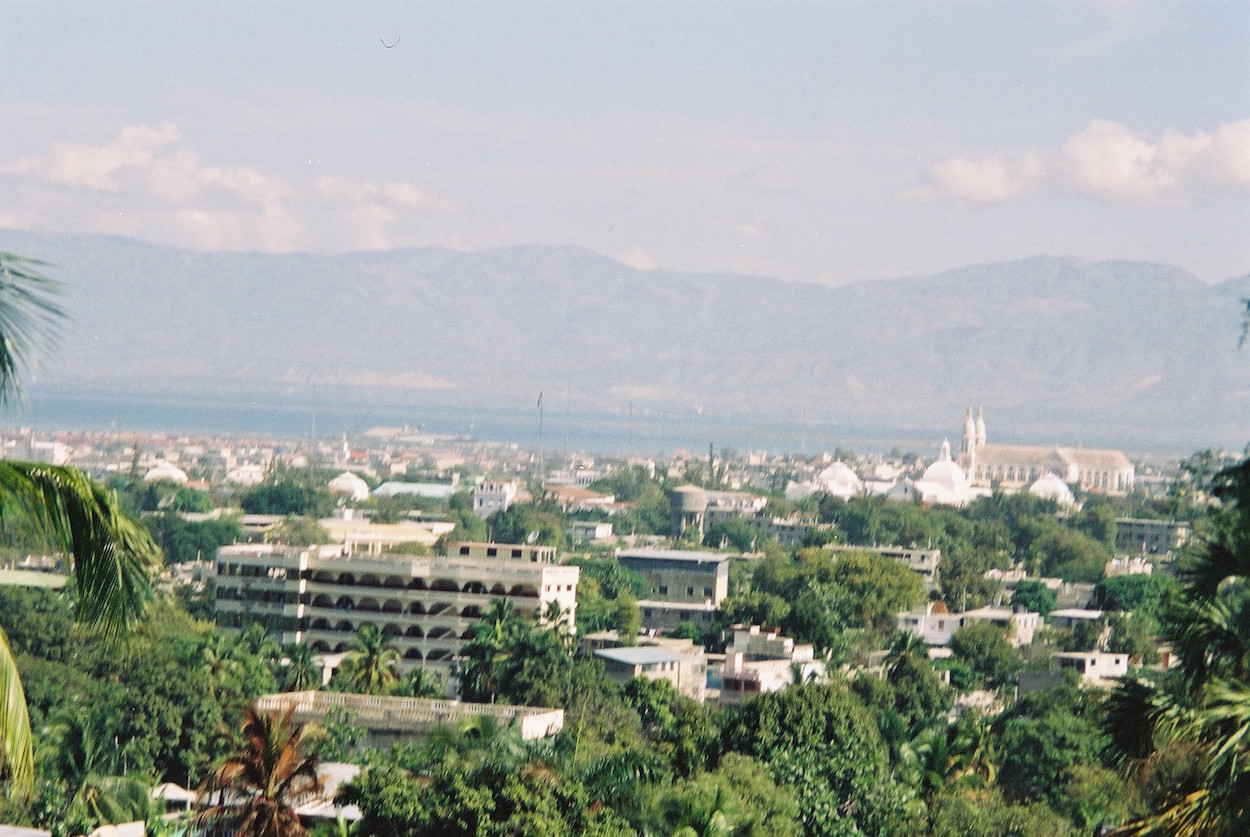 It should be quite obvious that Taiwan could not provide 1 billion USD to Haiti. Yet China has offered billions to Haiti in the past, having pledged an initial investment of 4.7 billion USD to infrastructure development in Port-au-Prince in 2017. If Haiti has decided to continue to go with the ROC, rather China, this is probably not purely due to money considerations.

Like Taiwan, Haiti finds itself balancing precariously between growing Chinese global influence and historically strong American influence. Taiwan is perceived as closer to America and Haiti probably does not wish to present the appearance that it has decided to break ties with America and American client states entirely by breaking ties with the ROC in favor of the PRC. Nevertheless, it still is possible that this could take place in the future, simply because China always will have Taiwan outgunned in terms of dollar diplomacy.

Reactions in Taiwan have varied. Most have paid little attention to Moïse’s visit to Taiwan. Critics of Tsai from the pan-Blue camp have called on Tsai to take more concrete steps to maintain the ROC’s remaining diplomatic allies as a way to take potshots at Tsai, never mind that they are a fundamentally pro-China party. Still others suggest that it is a drain of national resources to spend so much financial resources which on unreliable allies in the international sphere, particularly when so-called allies seem only to have an extractive relation to Taiwan, and to play Taiwan off of China in the search for resources. As such, some call on the Tsai administration and Ministry of Foreign Affairs to no longer place so much time and energy into maintaining ties with Taiwan’s few remaining diplomatic allies, but instead to emphasize Taiwan’s non-state ties globally. 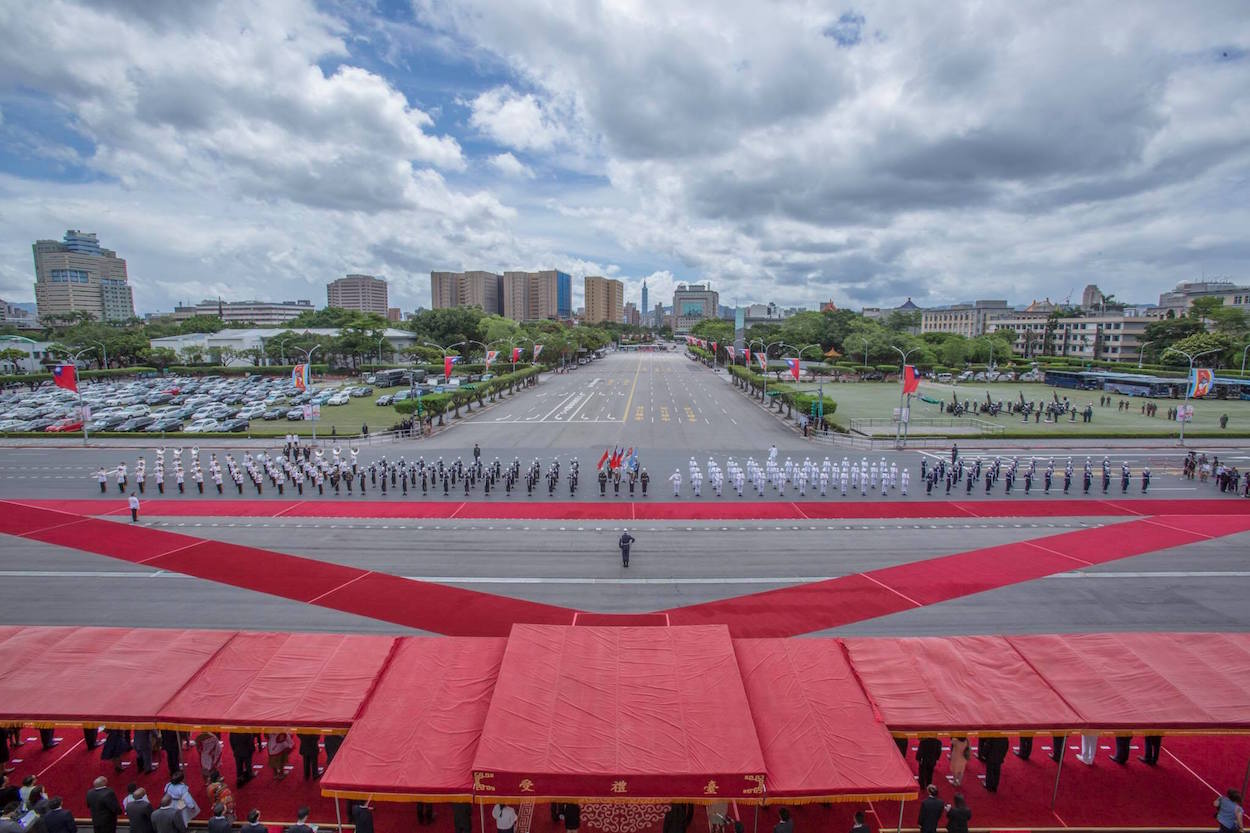 Unfortunately, it remains that few raise questions regarding the questionable human rights records of many of Taiwan’s allies. Similarly, it is little thought about that Haiti and its people are fundamentally in the same boat as Taiwan in being trapped uncomfortably between China and the US. However, ironically enough, with the failure of countries that share the same situation of being caught between America and China to come together in cooperative efforts to become non-aligned with US-led or China-led power blocs, the logical outcome is that such countries end up seeking to use each other for their individual benefit instead. That would ironic, but far from without historical precedent.