Filipino Migrant Workers Demonstrate Against Coercion By HTC And Google

The Taoyuan-based Serve the People Association (SPA), which provides assistance to migrant workers and runs several migrant workers’ shelters was asked to intercede on behalf of workers, which was what led to organizing for the demonstration by SPA members and migrant workers. Demonstrating migrant workers accuse Google of attempting to force migrant workers to sign “voluntary resignations.” The SPA has stated that over 240 workers have sought them out for representation.

Migrant workers also allege a broader set of abuses, including forging workers’ signatures and fingerprints, and passing on costs for food, lodging, and transportation to workers. This takes place without the company explaining how such costs are calculated and results in a deduction of a substantial part of their already meager salaries, of sometimes over 2,500 NT from salaries around 20,000 NT per month, plus additional, unaccountable expenses for food.

Workers were originally told that the company would pay for food and lodging and their contracts were to have stated this. But workers say that they later found forged addendums to their contracts saying that they would have to cover expenses for their own food, lodging, and transportation. Workers also allege that their belongings were stolen in the company-operated dormitories that they stayed in.

Workers call on Google and HTC to provide workers the option of transferring, if they intend to continue asking workers to voluntarily resign, to pay back workers for wages owed, and to live up to original contractual stipulations for providing food, lodging, and transportation.

Factory workers in industries such as smartphone production are one of the four major categories of migrant workers in Taiwan, alongside domestic workers, caretakers, and migrant fishermen. However, they may be the group with the least representation, seeing as there does not seem to be a migrant worker organization specifically to represent factory workers in Taiwan, whereas there are organizations to represent migrant fishermen and domestic workers. Factory workers work in both high-tech and traditional industries, as well as so-called “3D” industries which are dirty, dangerous, and demeaning.

Passing on costs to workers is, unfortunately, a longstanding practice among employers of migrant factory workers. Oftentimes it is claimed that it is the practice in their home countries that lodging, transportation, and food expenses are deducted from pay, and the Ministry of Labor has in the past offered strange justifications for this practice, such as claiming that if expenses were not deducted, migrant workers would be given food, lodging, and transportation for free, while the same was not being done for Taiwanese workers. 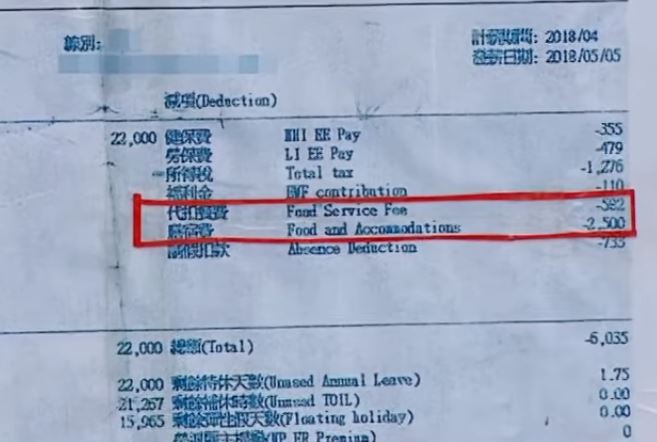 Factory workers also frequently work under dangerous conditions, doing the jobs risky enough that Taiwanese do not want to undertake. The proves especially disgraceful when HTC asserts that it is one of Taiwan’s leading companies.

As such, the plight of Filipino HTC and Google workers in Taiwan is reflective of a broader social ill. Until action is taken to address this broader issue, little will change for migrant factory workers in HTC, Google, and other companies. And all this would point more broadly to the poor conditions facing migrant workers in Taiwan, something in dire need of systemic reform.