YEARLY COMMEMORATIONS for the 29th anniversary of the Tiananmen Square Massacre took place in Liberty Plaza yesterday night. As with past years, the demonstration was not widely attended. However the demonstration serves as proof as the killings committed by the Chinese Communist Party leadership in 1989 have not been forgotten in Taiwan.

Among the organizers of the event were the Taiwan Support China Human Rights Network, Human Rights Network for Tibet and Taiwan, Covenants Watch, Taiwan Forever Society, Taiwan Association for Human Rights, Dr. Chen Wen-Cheng Memorial Foundation, and other groups. Among the speakers and participants were also representatives of Tibetan and Uighur organizations, such as Tibetan activist Tashi Tsering, Uighur activist Ilishati, who spoke by video recording. Among the speakers was also Chinese scholar Wu Renhua, a researcher of the Tiananmen Square Massacre who was himself a participant in the demonstrations before fleeing to America in the process of Operation Yellowbird. As with past years, veteran hip hop artist Chang Jui-chuan was among the performers at the rally. 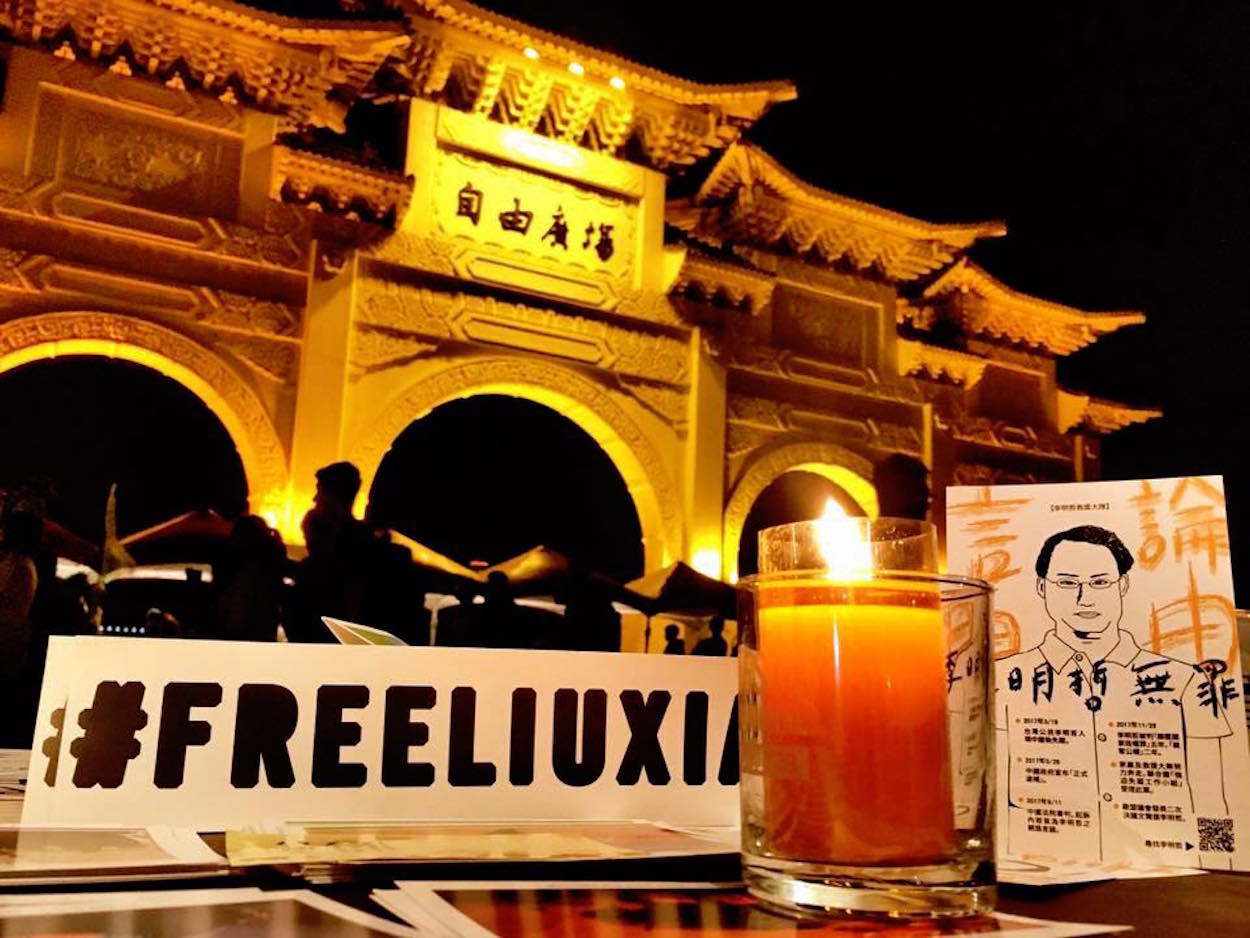 Yet while this is almost never an object of debate in Taiwan, despite the growth of such controversy, Tiananmen Square commemorations in Hong Kong always dwarf commemorations in Taiwan. This year’s rally in Hong Kong saw an estimated attendance of 115,000, for example, a far comparison to sparse attendance in Taiwan. Wu Renhua, who is currently a visiting scholar in Taiwan, would touch on this controversy in his comments.

As also with last year’s rally, this year’s Tiananmen Square commemoration in Taiwan would see attempts to link Tiananmen Square to issues facing Taiwan, such as with regards to the detention of Taiwanese human rights activist Lee Ming-Che. Notably, this year’s rally would also see attempts to link the Tiananmen Square Massacre with human rights issues in other parts of Asia, with comments by Vietnamese lawyer activist Long Trinh, Joseph Chang, a Malaysian student studying in Taiwan, and Japanese human rights lawyer Changho Kim, and sometimes an emphasis on Taiwan as a part of southeast Asia. It would be cited that 29th years after the Tiananmen Square Massacre also marked seventy years since the Universal Declaration of Human Rights.

Though not present at the rally, president Tsai Ing-Wen of the DPP and former president Ma Ying-Jeou of the KMT would weigh in on the anniversary. Oddly enough, both statements would more or less reiterate similar sentiments, though perhaps with opposite intentions in mind. 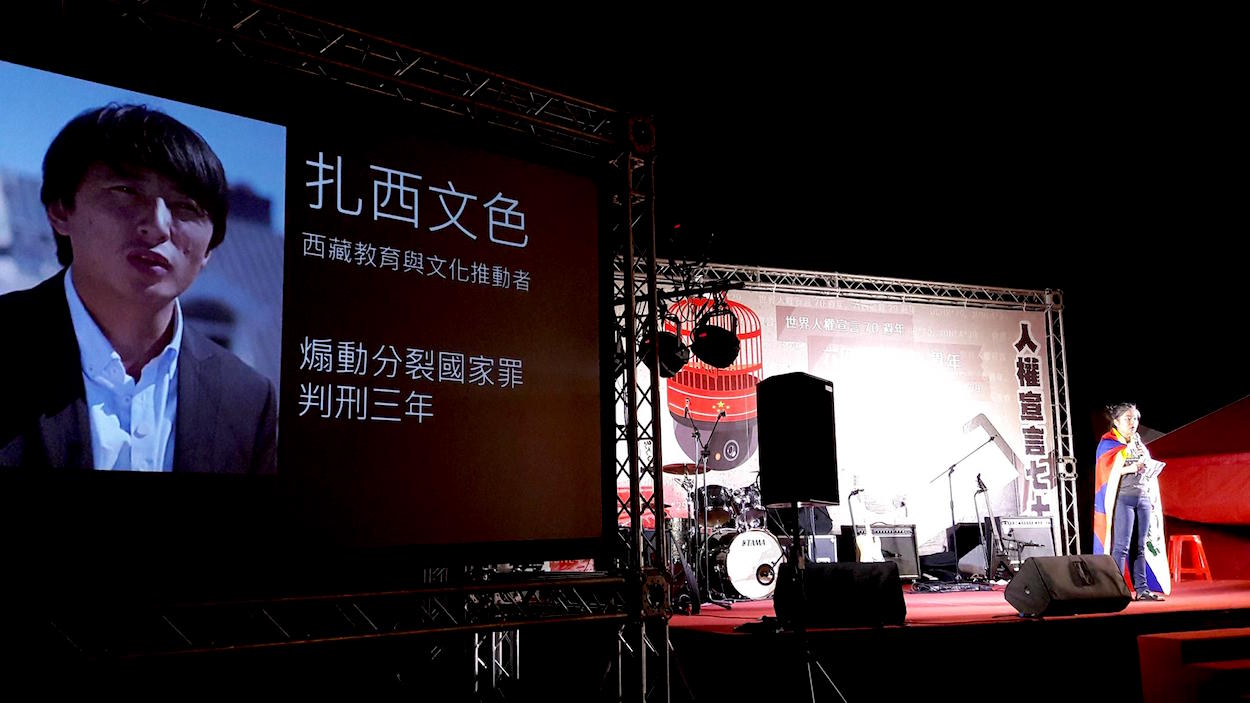 Posting in simplified Chinese on her Facebook, Tsai Ing-Wen would state that she hoped that China could turn Tiananmen Square into the cornerstone of a future march towards democracy and freedom. Tsai would raise how Taiwan had been through similar events of mass murders committed by the government, such as with the 228 Massacre, and urging for China’s democratization. The DPP would also issue a public statement asserting that only the Chinese people could achieve the democratization of China.

Ironically, Ma would also raise comparisons between Taiwan and China in his comments, stating that the Tiananmen Square Massacre had a large influence on both Taiwan and China. Ma would state Taiwan had passed through the 228 Massacre and the White Terror and been able to forgive the culprits of past historical crimes, he hoped that China would also be able to face up to its past events as the Tiananmen Square Massacre. Only then would China be able to become a truly great nation.

However, as Ma and other KMT members currently make ludicrous accusations against the DPP that it is carrying out a “Green Terror” worse than the “White Terror” committed by the KMT that led to the deaths of tens of thousands in authoritarians, Ma’s claims ring hollow. Ma himself is accused of questionable actions during Taiwan’s authoritarian period and, if Ma has generally been let off the hook for these actions, Ma suggesting the need for “forgiveness” in China probably also means abandoning efforts to see justice for Tiananmen Square victims when their blood is on the hands of the CCP.

It is not surprising that Ma’s comments would provoke a great deal of anger among pan-Green media, then. On the other hand, it is also probable that Ma’s statement was meant to be warning for KMT members not to stray towards public positions which disregard the Taiwanese public’s fear of China, something which the highly pro-China Ma came into conflict with deeper Blue elements of the KMT for doing in the past. Ma’s pro-China actions were a key cause of the 2014 Sunflower Movement. Likewise, Ma’s comments come in a similar time frame to a visit to China by top KMT officials. 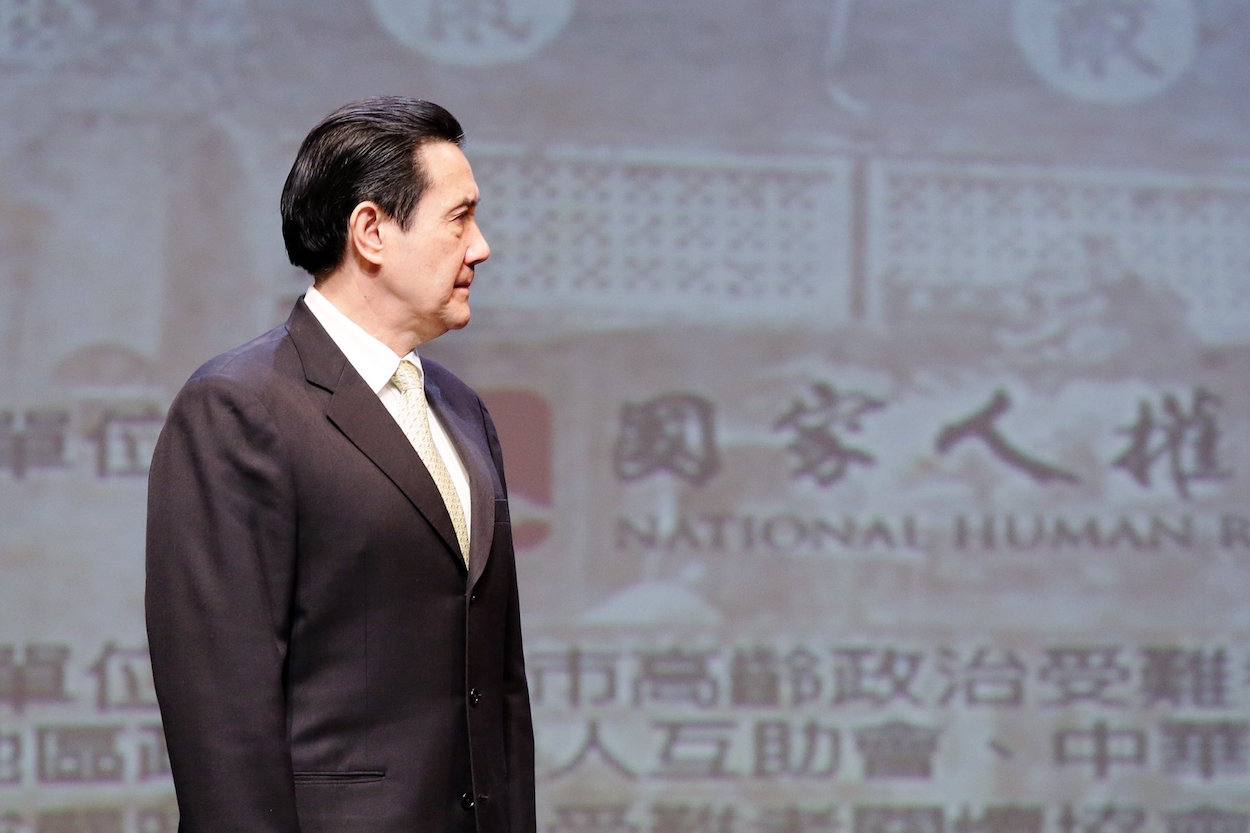 Either way, it does in fact remain to be seen as to what role Taiwan could play in benefitting the process of democratization in China. The hopes for democracy in China seem as bleak as ever, with Chinese president Xi Jinping moving towards lifetime rule after the abolition of term limits that a Chinese president can serve. Even if some of China’s best and brightest remain among those who resist the authoritarian rule of the CCP—one thinks of activist 32-year-old Zhen Jianghua, who had prepared for arrest as an inevitability for years—it seems unlikely that another uprising as large-scale as the Tiananmen Square protests will break out in China anytime soon. And even then, the Tiananmen Square demonstrations would have been significantly larger to pose an existential threat to the CCP, even if they seem to have spooked the CCP into badly overreacting. Yet it bears keeping in mind that apparent social indifference sometimes has a way of rapidly transforming into anger.