MUCH UNCERTAINTY prevails about what will be next for the two Koreas seeing as, last week, American president Donald Trump called off a planned meeting with North Korean leader Kim Jong-un originally slated to take place in Singapore on June 12th. Yet Trump now suggests the meeting could still take place. This raises broader questions for the region at large.

It was widely reported globally that Donald Trump had decided not to have the meeting, following a public statement released by Trump. But adding to the recent confusion has been the fact that Trump still insists that the date and time of the meeting is “hasn’t changed.” 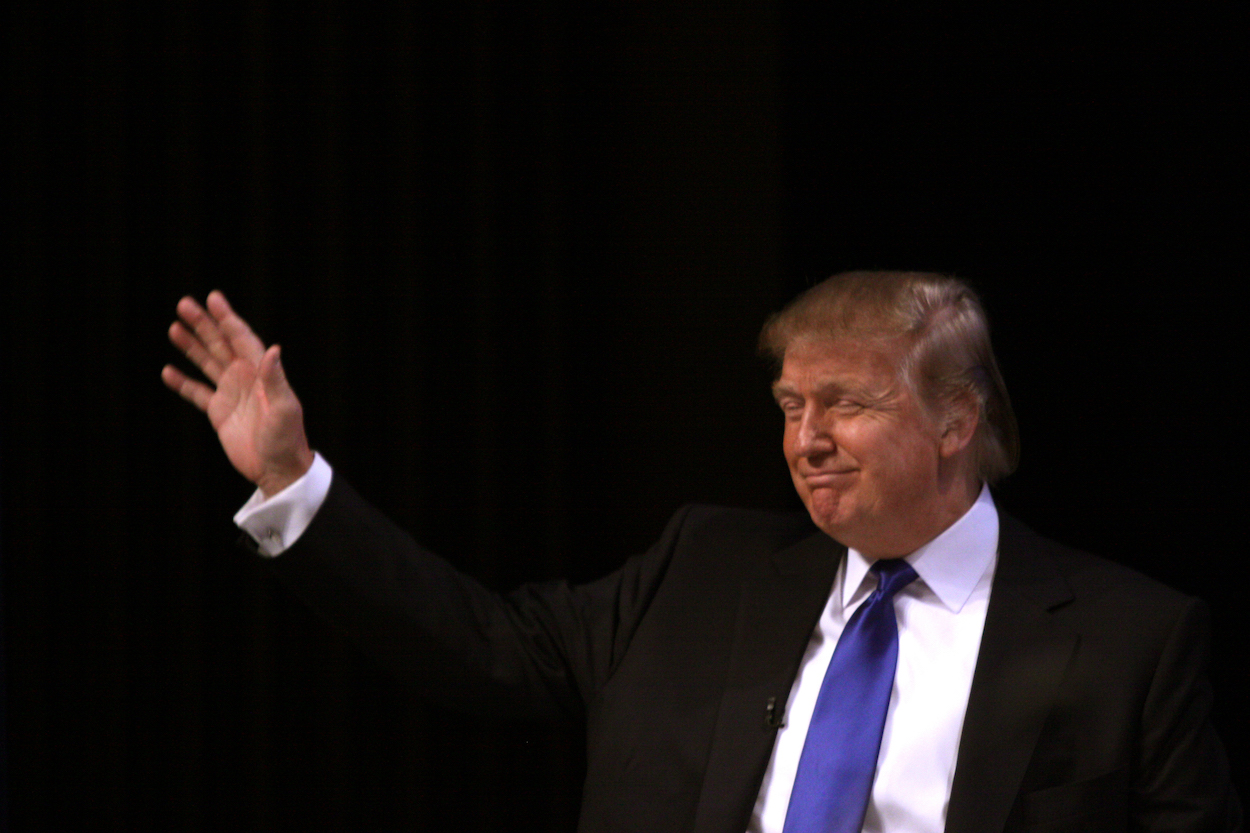 Kim Jong-un had threatened to cancel the summit in the past month, with cancellations of talks with South Korea as a preliminary move suggesting that the brief detente between North and South Korea that followed from a meeting between Kim Jong-un and South Korean president Moon Jae-in in late April was over. This was widely perceived as a reaction by South Korean against American National Security Advisor John Bolton, who made public statements that he expected North Korea to follow a Libya-style model of denuclearization.

North Korea is all too aware that after Libya dismantled its nuclear weapons program, its leader Muammar Gaddafi was killed several years later by US-backed forces. In this way, Bolton very likely made such comments publicly in order sabotage talks between North Korea and America. Bolton originally being a Bush-era government official, line with a neoconservative worldview, Bolton seems to view military invasion as the only way of guaranteeing a country gives up its weapons of mass destruction, distrusting that countries will comply with agreements to dismantle weapons of mass destruction. With threats by Kim to cancel the summit on the heels of Bolton’s comments, many questioned whether Trump would decide to throw Bolton under the bus.

Namely, paying service to Trump’s well known public vanity in the hopes of influencing him, Moon Jae-in had previously suggested awarding Trump a Nobel Peace for resolving the deadlock between North Korea and South. It was questioned as to whether Trump would remove Bolton as new security advisor if he proved an obstacle to that.

North Korea and South Korea have resumed relations in a manner aimed at facilitating a meeting between Trump and North Korea, as observed in a surprise second meeting between Kim and Moon. In this manner, once again, the uncertain factor in the equation proves to be Donald Trump, with it being possible that Trump will call for a summit to again take place. North Korea also claims again that it is willing to commit to denuclearization, which it previously suggested in order to facilitate the first meeting between Kim and Moon, but then reversed course on after Bolton’s comments.

A careful reading of Trump’s statement cancelling the summit, which was widely scoffed at in America for its inarticulate writing style, notes that despite threatening North Korea with the “massive and powerful” of the United States, Trump phrased his words as though Kim had cancelled the summit and not he. Yet Trump claimed at the close of his statement that, “If you change your mind having to do with this summit, please do not hesitate to call me or write.” 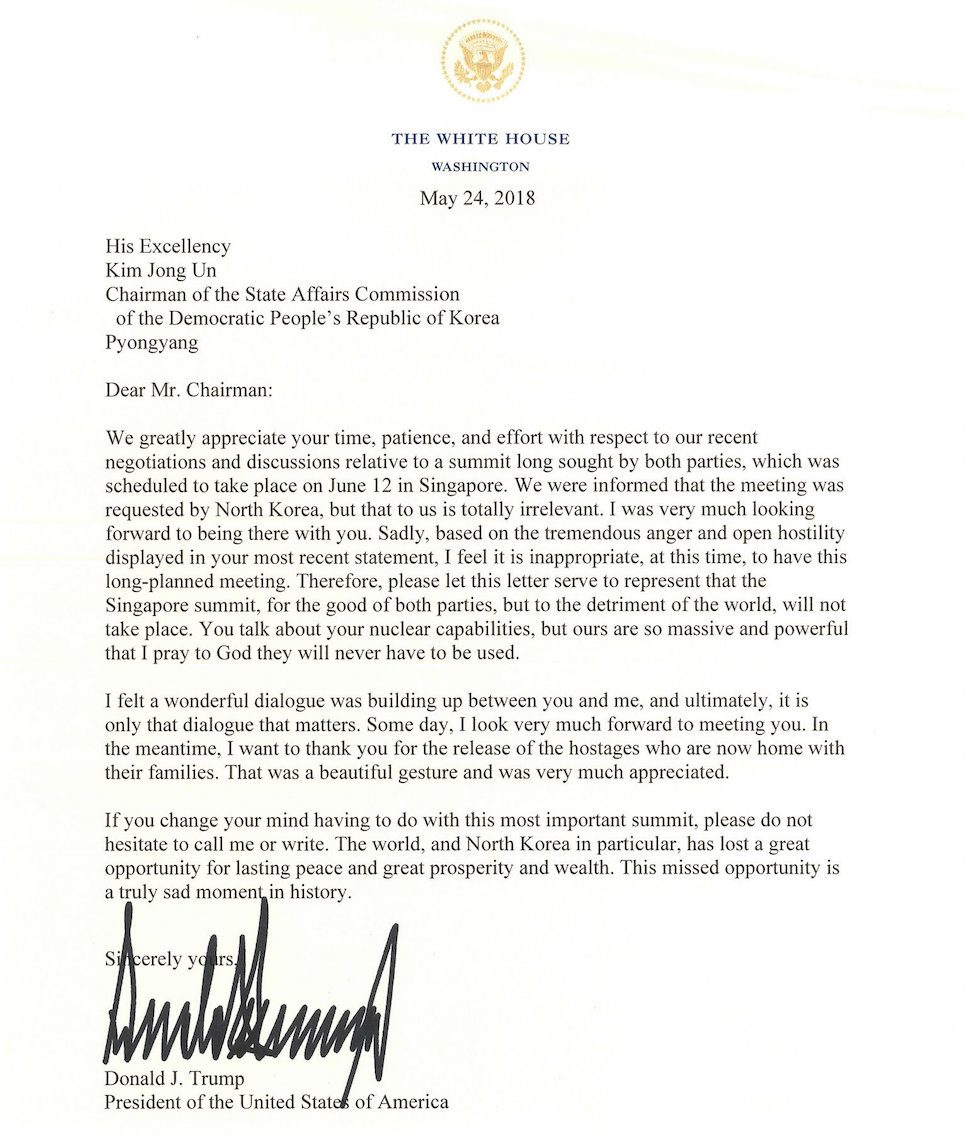 Such ambiguities, then, point to Trump’s freewheeling leadership style, in which he seems to expect sudden reversals to be able to be engineered from nothing. However, it would not be surprising if Trump still wishes to hold a summit, just that he cancelled the summit as a way to force North Korea’s hand–a rare example of Trump genuinely using the high-stakes negotiating tactics many attribute to him in order to vest irrational decision-making with the appearance of logic.

In truth, it takes months of logistics to prepare for such a summit, making it further a question as to not only whether such a summit could take place, but how. Nevertheless, given this uncertainty, a US preparatory team has gone ahead to Singapore anyway in case the summit ends up taking place.

Have risky negotiating tactics by Trump been successful, then? On the other hand, North Korea has little incentive to give up its nuclear arms, one of the few means available to it to make its voice heard in the international world. It remains to be seen what assurances would lead North Korea to give up its nuclear weapons. In this way, What occurs next remains to be seen.