THE DECISION BY an Australian city council earlier this month to remove the words “Taiwan” and colors resembling those of the ROC flag from fish artwork on a bull statue in the city of Rockhampton in Central Queensland by Taiwanese-born high schoolers proves a telling incident regarding how governments which conduct a great deal of trade with China treat Taiwan, when push comes to shove. In particular, the incident proves to have had surprisingly high implications, seeing the removal of the fish occurred due to pressure from the Chinese vice consul of the Chinese embassy in Brisbane, Zhou Li. 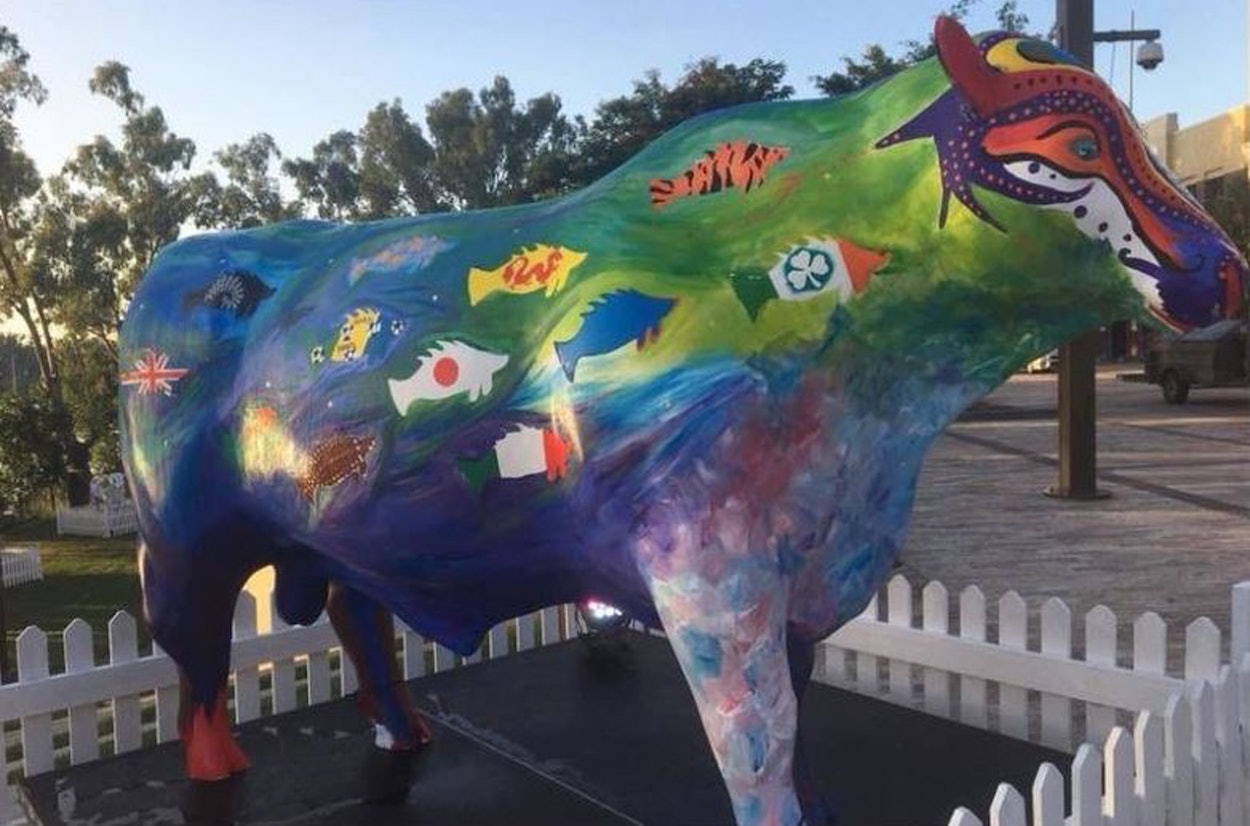 The censored bull statue. Originally, the blue fish was colored red and blue, as with the ROC flag. Photo credit: Facebook

The artwork on the bull statue was to commemorate an the Australian national beef event, Bull Australia. In order to celebrate diversity in Australia, high school artists were asked to paint flags of various countries onto the bull statue, with students asked to paint what “Rockhampton means to them” and to “paint their culture”. This was why Taiwan-burn student artists Amber Jun Xie and lu Ting Xie, both students at North Rockhampton High School, were asked to paint on the bull. However, it was later found that the Taiwan fish was later painted over on the bull, while no changes were made to other flags.

It was originally speculated that the removal of the fish artwork may have come from self-censorship by the city council of Rockhampton, fearing Chinese backlash. Yet it later emerged following an op-ed addressing the controversy by Northampton mayor Margaret Strelow that Chinese vice consul Zhou Li, a frequent visitor to Northampton, directly intervened intervened with city council members to force the removing of the artwork.

In many cases, controversy revolves around quandaries about how to adhere to liberal, pluralistic values calling for acceptance of diversity, while also dealing with the fact that Chinese influence over government policy may not be in the best interests of preserving democratic institutions—indeed, China is not a democracy and the Chinese government has little respect for the democratic institutions of neighboring countries. One can observe this fact quite clearly in the Rockhampton case in how pressure came directly from Chinese government officials to call for the removal of an artwork by high schoolers. 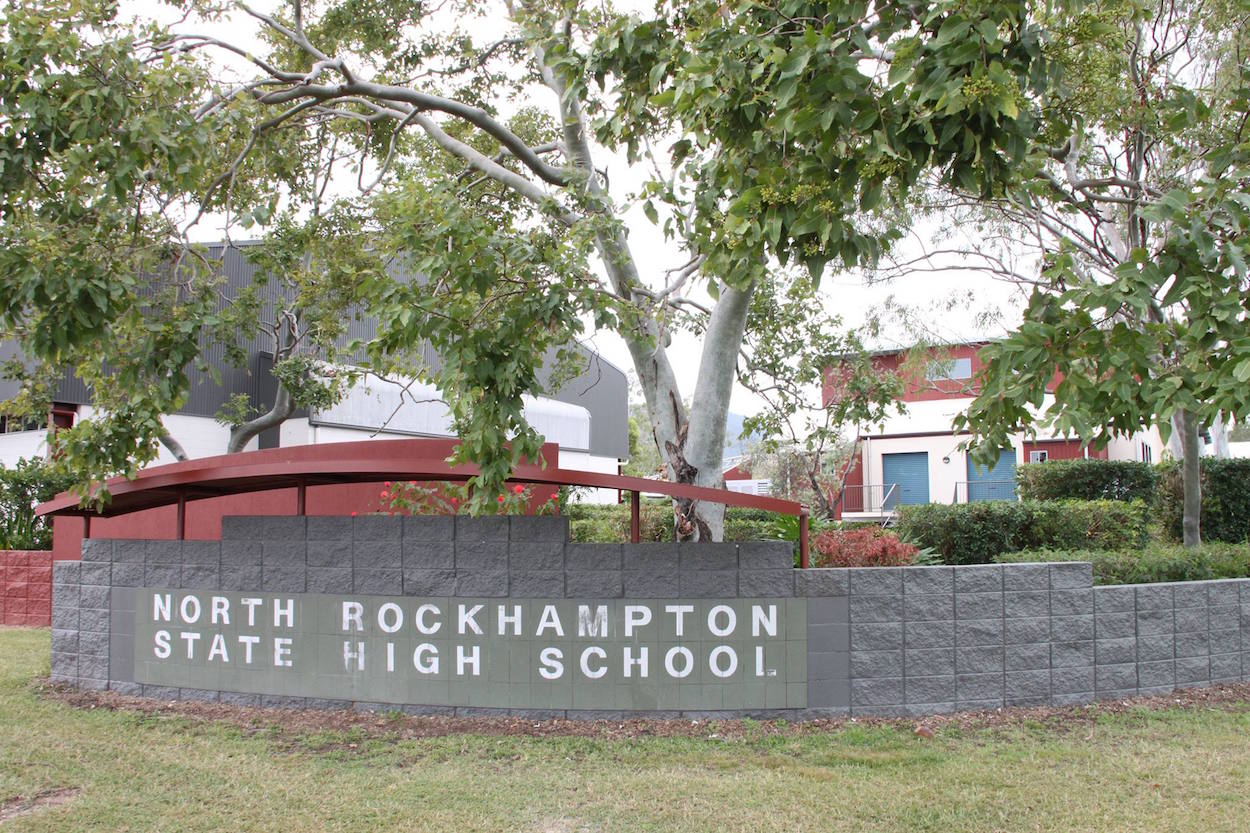 Members of the Chinese diaspora quite validly criticize discrimination against Chinese in Australian society which occurs as a result of racist backlash against Chinese immigration in Australia. Yet at other times, members of the Chinese diaspora act in a nationalist manner as to put down criticisms of the Chinese government which should be respected in a democratic society or, in as seen in this case, to restrict the freedom of expression of groups targeted by the CCP, such as with China’s annexationist claims over Taiwan and its military threats against Taiwanese democracy. Sometimes accusations of racism are thrown around by Chinese nationalists in a manner to silence critics, which ultimately proves harmful to attempts to combat genuine cases of racism.

Original speculation was that the Rockhampton city council chose to self-censor, with suspicion that the Rockhampton case was the product of Australian government officials fearing backlash from members of the Chinese diaspora. As with other places in the world with large diasporic ethnic Han populations, Chinese immigrants usually far outnumber Taiwanese immigrants and, as a result, are more able to apply pressure to local government officials.

It proves ironic, then, to note how Rockhampton mayor Margaret Strelow shrugged off criticism from the Australian-Taiwanese immigrant community as “predictable” in her op-ed—insisting on the one hand that the Rockhampton city council officials were caught in a double bind, with a large international event on their doorstep, and that city council officials were merely hoping to avoid controversy, while also claiming to value diversity and that Taiwan remains an important trading partner for Australia. Strelow would also cite that the Australian government adheres to a One China Policy and so she and her colleagues were only following the official policy of higher-ups.

Apart from that this misunderstands One China Policy, when caught in such double binds between Taiwan and China, western government officials often tend to discount any personal fault in claiming that they were only hoping to avoid controversy and to keep all parties happy. Unfortunately, with such controversies between diasporic Chinese and Taiwanese populations, this usually means allowing a larger immigrant minority group to trample on the rights of a smaller immigrant minority group. And in cases of direct pressure from Chinese government officials, this would be to allow governments which do not allow freedom of press and expression to extend this to what are, in theory, democratic countries and to allow a large, powerful nation to oppress a smaller nation abroad. 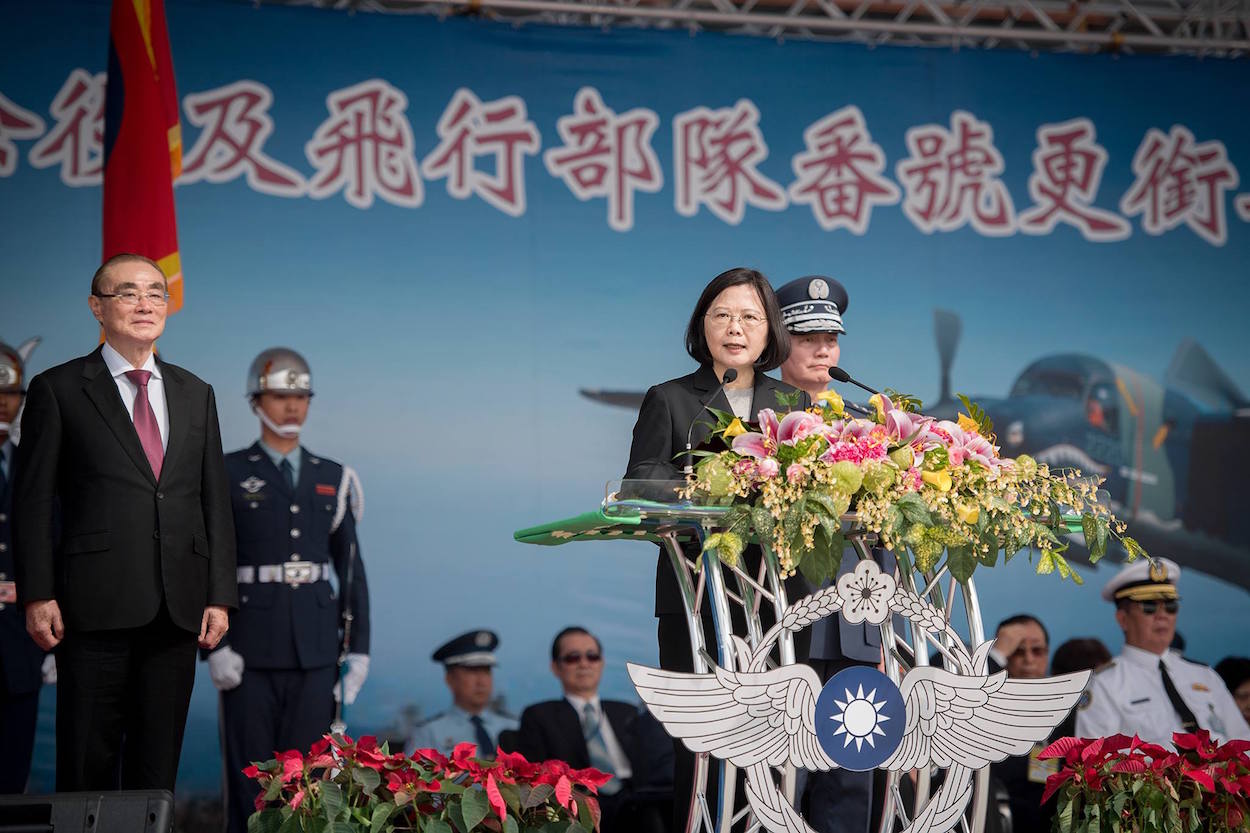 Yet, of course, this will always happen because, at the end of the day, China will always prove more militarily, politically, and economically powerful than Taiwan and it usually easier to avoid standing up for Taiwan in order to avoid controversy. This continues to be Taiwan’s uphill struggle in the international world, then–it will always be easier and less controversial to try and avoid the issue.