WITH FORMER PRESIDENT Ma Ying-Jeou facing four months of imprisonment after being found guilty of leaking classified information by the Taiwan High Court, it seems predictable that the KMT will leverage on this fact to claim political persecution by the DPP. Likewise, it seems predictable that some will perceive the case internationally as a regress in Taiwanese democracy. What will be ignored is the more complex background of the term handed to Ma. Indeed, when it comes to Ma’s sentencing, the DPP faced something of a double-bind, seeing as it would come under censure, no matter what the decision of the judiciary was.

The ruling overturned a previous ruling by the Taipei District Court which found Ma not guilty. But for one, it seems unlikely that Ma will actually be required to serve his jail term, seeing as the term is commutable to a fine of 120,000 NT. Jail terms commutable to fines are more or less for the sake of allowing politicians and other high-profile figures to avoid public scrutiny. 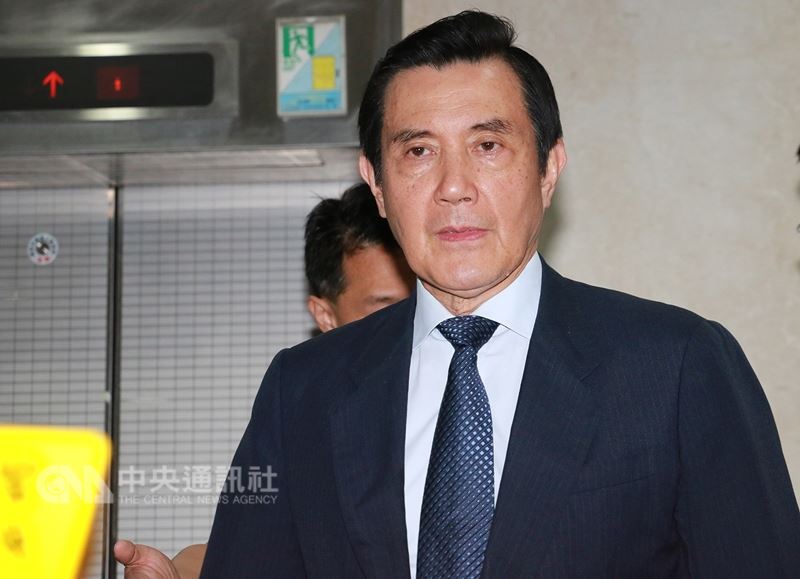 If Ma did decide to serve out his jail term, then, this would probably be for the sake of political theater in leveraging against the DPP. It is also a known protest tactic with many precedents in Taiwan for political figures facing short jail terms commutable to fines to choose to serve out the full jail sentence as a way of raising the profile of their case, sometimes writing jail diaries and releasing them after they are released.

And neither would a four month sentence for Ma particularly long, being more or less a slap on the wrist. It is indeed correct to raise that Ma’s being found guilty means that all Taiwanese presidents since open presidential elections were opened in Taiwan, including Lee Teng-Hui, Chen Shui-Bian, and Ma Ying-Jeou have faced charges after they left office, something which ideally should not take place in a democratized country.

Only Chen Shui-Bian was arrested after leaving office on charges of embezzlement—technically remaining under arrest even now, although he has since been freed on medical parole. Irrespective of possible wrongdoing by Chen, sentencing Ma to a mere four months in jail hardly seems to compare to that at the time of Chen’s trial, Chen faced up to lifetime imprisonment before this was later commuted to a twenty year sentence.

Namely, Chen’s sentencing took place under the Ma administration, raising the possibility that whenever there was a political turnover of power in Taiwan, the next ruling party would seek to politically persecute the previous ruling party. Consequently, the KMT currently claims that the DPP investigating party assets retained by the KMT into democratization and attempting to carry out transitional justice efforts to investigate the KMT’s actions during the martial law period is a form of political persecution, terming this the DPP-orchestrated “Green Terror.” 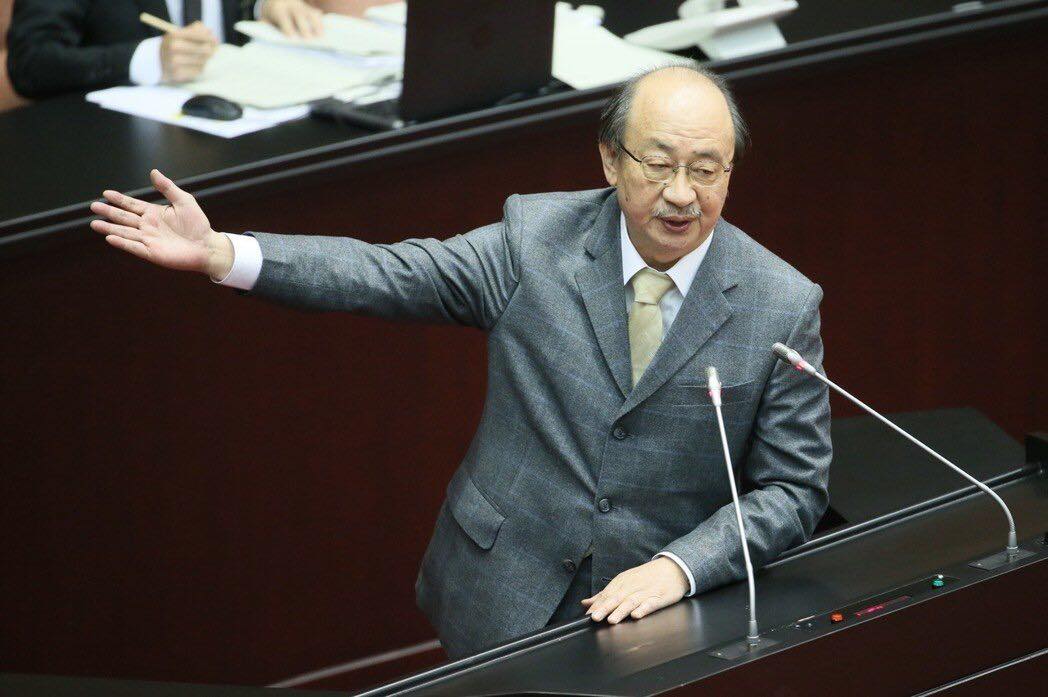 No doubt the KMT will have more ammunition after the Ma sentencing. But Tsai Ing-Wen and the DPP have had to respond to charges that they are attempting to politically persecute critics in, for example, the Wang Bing-Chung case, in which New Party spokesmen came under scrutiny for possible involvement in Chinese spying efforts, and it seems unlikely that the Tsai administration does not realize that it is treading a fine line with the Ma ruling.

In particular, the charges against Ma stem from the fact that Ma leaked information gained from the wiretapping of Ker Chien-Ming, then the minority whip of the DPP, as well as KMT majority speaker Wang Jinpyng, in the process of the Special Investigative Division investigating accusations that Ker had colluded with majority speaker Wang Jinpyng to try and get off from charges that Ker was then facing. The conflict between Ker, Wang, and Ma which subsequently resulted came to be known as the “September Political Struggle.”

As a powerful figure in the DPP, Ker is of course a political rival of Ma’s. And while a fellow KMT member, Wang Jinpyng is the leader of the “Taiwanese” faction of the KMT, which is more pro-localization and which conflicted with the “Mainlander” faction of the KMT led by Ma. Ma is accused of leaking information from the investigation to premier Jiang Yi-huah and Presidential Office deputy secretary-general Lo Chih-chiang, releasing information from an ongoing investigation, defying the divisions of power in Taiwan, and potentially using this information fo the KMT’s political benefits.

Ker and Wang may not exactly be guilt-free parties either, but in this, the charges facing Ma return to the fact that Ma may have overstepped democratic freedoms; that is, as president, ordering the wiretapping of political rivals as part of a criminal investigation and sharing this information with political allies. 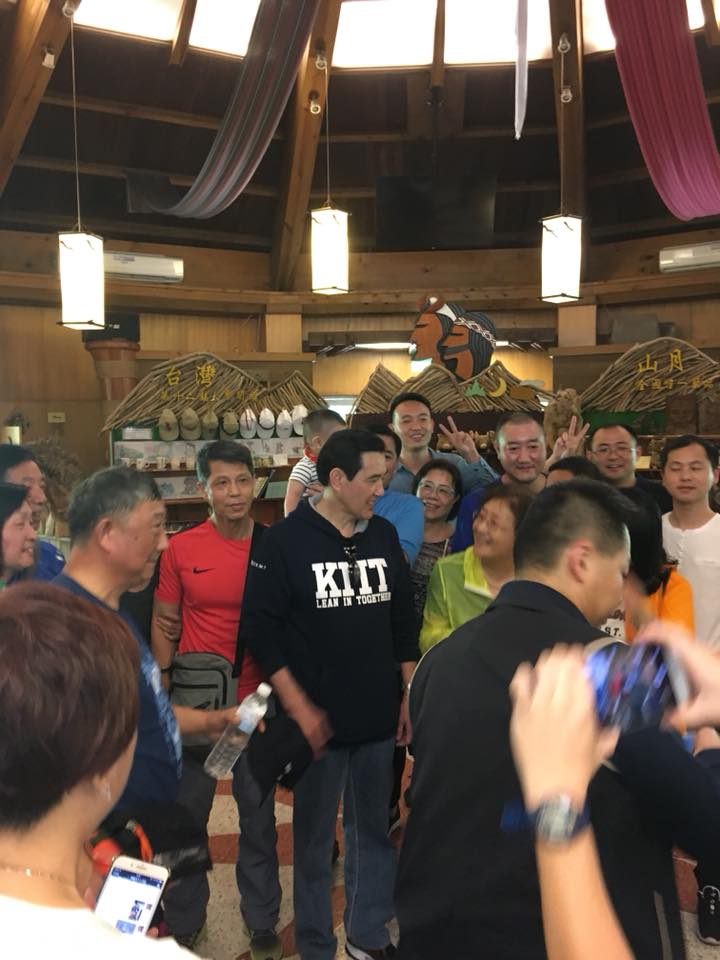 Yet while the punishment handed down to Ma may be seen as recourse against his violating democratic rights as president, the KMT will now claim that it is the Tsai administration which is trampling on democratic rights in the decision, and it is possible that international media may follow the KMT’s lead in reporting similarly.

Accordingly, one observes that the DPP was caught in a double-bind no matter what the results of this case would be. The DPP could allow Ma to get away with infringing on basic political freedoms as president in order to preserve the appearance of stable democratic politics, without due punishment as a warning against the KMT or other political forces attempting similar actions. Or the DPP could take action against Ma despite the risks, even if this would give the KMT ammunition and damage Taiwan’s reputation internationally as the bastion of democracy which China is not.

Either way, one does not expect controversy regarding the September Political Struggle to be settled in earnest anytime soon. Ma has stated that he plans on appealing the ruling, meaning that the case may head next to the Supreme Court. It remains to be seen what the results will be.