THE SUN AN-TSO case has been one that Taiwanese media, hungry as it always is for gossip and sensational news, has seized upon. At stake in the case would be a number of elements, including Sun’s celebrity parents, the issue of gun control in the United States, Taiwan’s relation with the US, and even a racial element regarding the elite waishengren background of the Sun family.

Sun, who is eighteen, is the child of celebrity parents Di Ying and Sun Peng, who are both actors. Di Ying is also well known as a Taiwanese opera singer and both are celebrities known as hailing from elite waishengren families. Sun was studying as an exchange student at Bonner and Prendergast Catholic High School in Upper Darby, Pennsylvania and had been doing so for approximately six months. 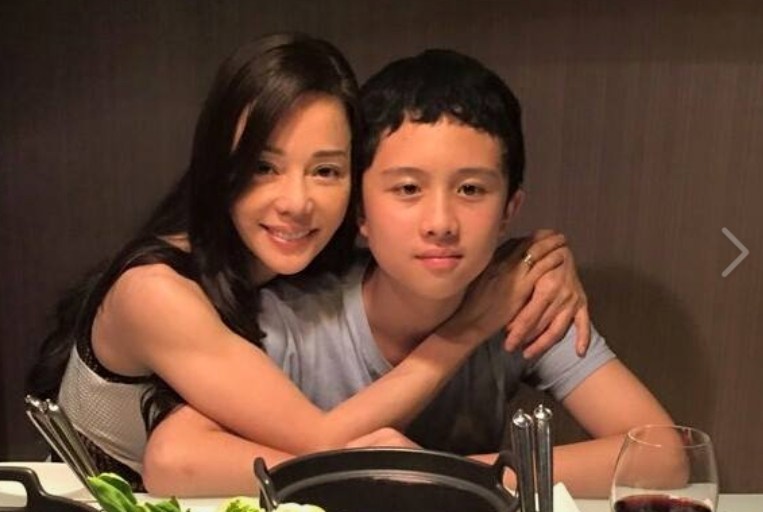 Sun was arrested on March 28th by American police acting on a tip after Sun told a classmate not go to school on May 1st because he was planning on carrying out a school shooting. Police searches of Sun’s apartment subsequently turned up ammunition for various types of guns, including for a shotgun, an AK-47, and AR-15, totalling over 1,600 rounds of ammunition, as well as a crossbow with a scope, garotte wire, a military ballistic vest, and a ski mask. But while initial reports stated that police did not discover any gun, a 9mm Glock constructed by Sun from parts obtained from the Internet was later discovered, and it was found on Sun’s computer that he had been searching for how to purchase an AK-47 and AR-15.

Much social criticism has ensued due to the fact that Sun’s parents immediately rushed to their child’s defense, claiming that Sun was “only joking” with regards to his threats or that this was a product of linguistic misunderstanding. Likewise, Di Ying claimed that Sun had only obtained any guns discovered as props that Sun had obtained for a Halloween party, as well as that Sun had an avid interest in the police and military in the hopes of pursuing a future career in law enforcement, and so his acquisition of weaponry was simply the interest of a military hobbyist, of which there are many in Taiwan.

Likewise, after hiring a lawyer for Sun, the Sun family immediately then flew to America to be with her son. Reports by the Apple Daily claim that the Sun family paid an extra to act as a decoy to district the paparazzi while flying on economy-class tickets to Taiwan.

Moreover, according to police, the reason why the 9mm handgun in Sun’s possession was not initially discovered was because Sun’s host parent, a lawyer, previously removed the 9mm Glock and ammunition from Sun’s room before police arrived for a search. Sun apparently was able to circumvent the age limit on purchasing guns in Pennsylvania by buying parts individually and assembling the gun on his own, which was why police previously were unable to trace the gun. 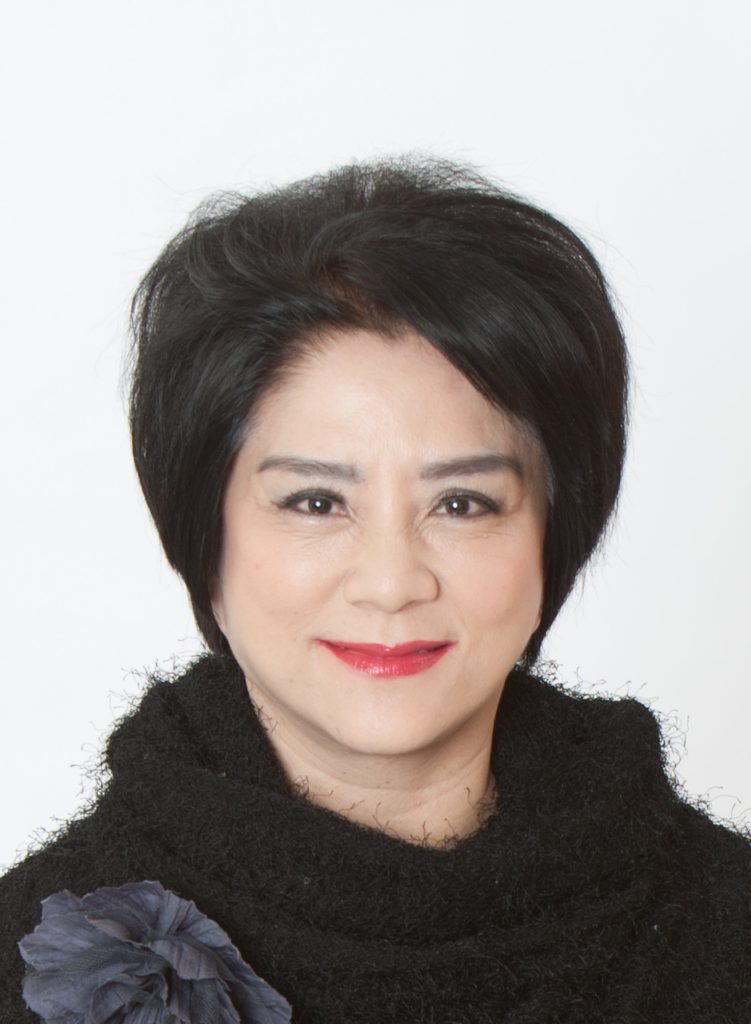 The case, of course, comes at a sensitive time in America, given controversy over gun laws in America which has exploded into the mainstream following the Stoneman Douglas High School shooting in February and a high school student-led movement against gun laws which make firearms easily obtainable in America, even by the mentally ill. Perhaps ironically, Sun’s previous defense attorney, Enrique Latoison cited Taiwan as a means of defense client by referencing how Taiwan has among the strictest gun laws in the world, whereas guns are easily available in America and Sun’s actions were legal, but suggesting that Sun would not get a fair trial because of the present political climate in America. Yet at the same time, Latoison also suggested that Sun did not understand how guns are looked in the United States, being an outsider, and not of the post-Columbine understanding.

Either way, Latoison would later be replaced by attorneys Robert C. Keller and Michael N. Kotik, with Sun’s parents looking to assemble a larger legal team. Chiu Chang, a former DPP legislator, lawyer, would state on social media that she expected Sun to get off easily and that he would soon return to Taiwan. According to Chiu, her expectation the American federal government would be unlikely to pursue charges against Sun because the NSA had not become involved and the penalty for making terroristic threats by state law is less than one year of imprisonment—although if it would be possible for Sun to face charges of up to ten years if his actions were construed as international terrorism. Chiu also claimed that Sun had been found psychologically unfit as a result of a mental health evaluation.

According to the Apple Daily, Chiu initially she hoped to send her assistant, a friend of Sun’s, to gain access to Sun’s computer to find favorable evidence for his defense. However, backlash from the public led to Chiu to claim that she was simply posting on her personal Facebook and that she was not involved in the case in any way. It remains unknown as to the veracity of the Apple Daily report. Other members of the legal profession, however, have also weighed in on the case, being critical of Sun’s parent’s actions.

Regardless, it is easy to see how the case would be seized upon by the Taiwanese media and members of the Taiwanese public. One element no doubt involves a degree of public outrage over to what extent Sun’s parent’s are perceived as going out of their way to defend their child, using their wealth and privilege. Another element would be Taiwan’s attention to the current debate in America regarding gun ownership, with many in Taiwan shocked by America’s apparently irrational attachment to their firearms. A third element would be Taiwan’s own sensitivity to killing incidents committed by young Taiwanese people, as observed in the controversy which followed the 2014 subway stabbings that left four dead, committed by the 21-year-old Cheng Chieh, and Cheng’s controversial execution in 2016 eighteen days after his trial. Cheng’s execution the shortest gap between a guilty verdict and execution in Taiwanese history and one which many claimed to be politically motivated as a way of satiating public bloodlust by Minister of Justice Luo Ying-Shay turning the tail end of the Ma administration, during which the Ma administration was highly unpopular.

With Sun slated to undergo a mental health evaluation and his trial scheduled rescheduled from April 11 to April 25, controversy regarding Sun will likely continue. While some reports claim that Sun has demonstrated alarming tendencies in the past, such as an interest in flamethrowers and other military equipment, and other reports claim that there was little previous indication of such behavior by Sun, if Sun is in fact mentally ill, this will probably not lead to any broader consideration of the issue, but probably simply the view that this is an excuse. What attitudes towards mental illness are in Taiwanese society were quite visible already with regards to the 2014 subway stabbings, seeing as Cheng Chieh was executed despite the mother of a four-year-old victim of Cheng’s urging that Cheng was mentally ill and should be treated rather than executed.

Sun’s parents in themselves make light of mental illness if they seek to use this as an excuse to allow Sun off the hook. Yet if that were the case, one may expect Sun’s parents to try and cover up the issue rather than seek the help that he would need, which would be another disappointing response.

But, more broadly, the priorities of the Taiwanese public prove quite disappointing, as evidenced by the case. First, there has been a disproportionate amount of attention to the case simply of Sun’s celebrity parents, with comparatively little attention paid to other incidents which should be of public note, such as as the ongoing detention of Taiwanese human rights NGO worker Lee Ming-Che in China for over one year. 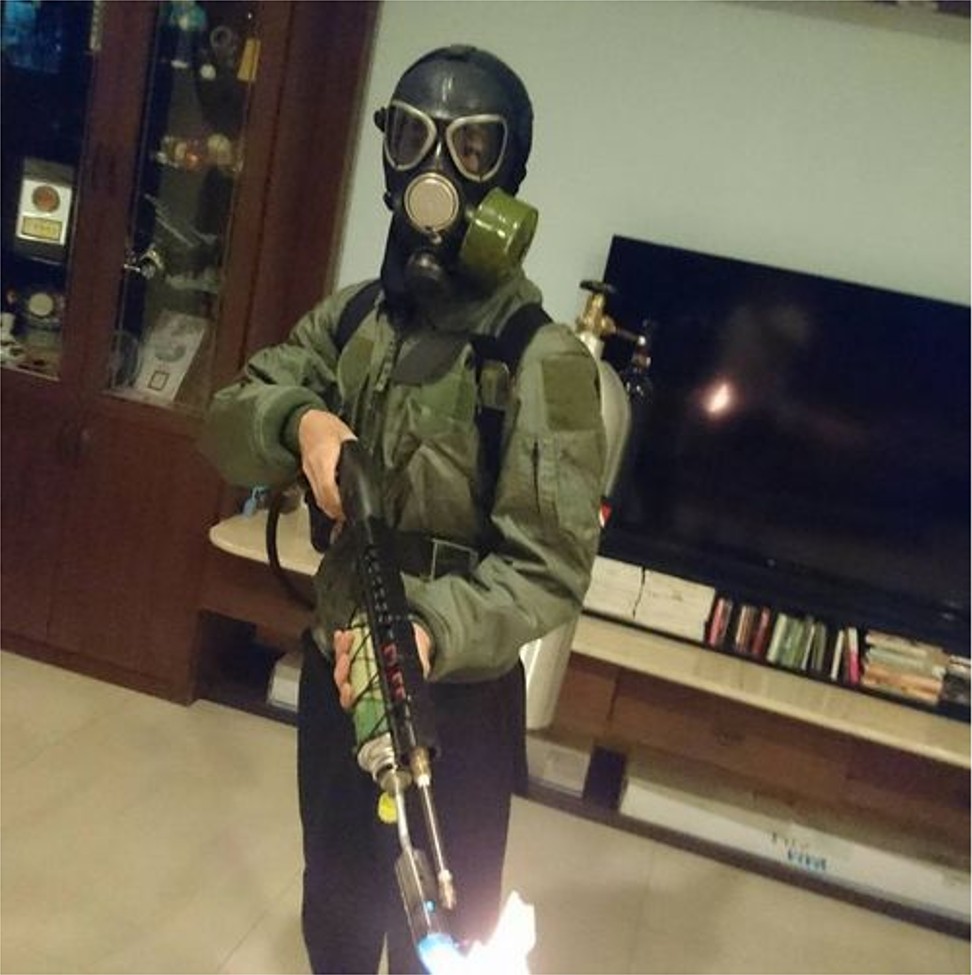 Sun An-Tso in an undated photograph with a flamethrower. Photo credit: Facebook

And seeing as there has been such anger against Sun and his parents, probably out of schadenfreude against his privileged parents, however deserved this may be, one expects that in other circumstances, many would have uncritically rallied to Sun’s defense simply because he is Taiwanese. Treatment of non-Taiwanese accused of murder in Taiwan proves one such example, as observed in the Zain Dean case, which became a national scandal.

Ultimately, if the case fails to raise discussion of the broader issues involved, the case may serve to illustrate that herd mentality sometimes prevails among the Taiwanese public.