HOW SHOULD we understand recent diplomatic activity between the Vatican and the Chinese government? From the Catholic side, there are published opinions that skew between describing the Chinese government as agents of the devil or as the best implementers of the social doctrine of the Church. Some perspective is called for. 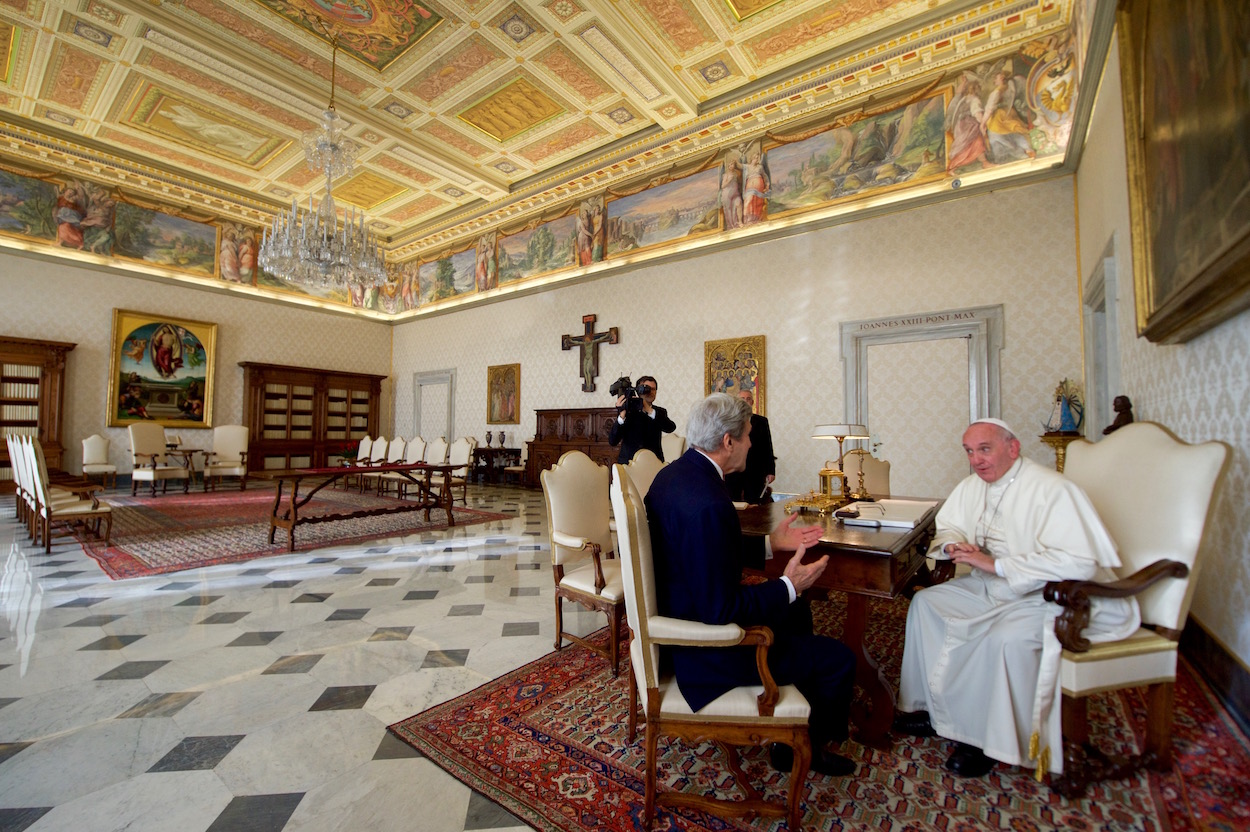 Such polemics should be placed in the long history of discussions that superficially take China as its subject but are transparently not really about China at all. Perry Anderson identifies a recent iteration of this in a series of books, “That appear to be about China, or some figure or topic from China, but whose real frame of reference, determining the optic, is the United States […] they have as their underlying question: ‘China – what’s in it for us?’” The same can be said of the self-referential commentary surrounding the Vatican’s diplomatic overtures to Beijing; the Vatican–China deal: What’s in it for us? For many Catholic commentators on the issue, it is a struggle to see that their values are represented in the Church. For George Weigel and journals like First Things, their project is a Church committed to the anti-Communism of Pope John Paul II. For still others, like the Vatican official who praised the Chinese government in an interview upon returning from China, their concern is moving the Church towards a greater emphasis on addressing social ills. Both sides want their vision of the Church to be vindicated in the China-Vatican discussions (or lack of engagement at all).

What typically is ignored in these discussions is what effect such a deal will have on the Chinese Catholic community. There are thoughtful interventions that address this question from this position, most notably from Cardinal Joseph Zen Ze-kiun of Hong Kong on his justified concerns for “selling out” the Catholics in China who do not worship with the state approved Chinese Catholic Patriotic Association. It is not surprising that Zen would be opposed to the deal, given that Zen fled to Hong Kong from the CCP as a student and has a history of opposition to the Communist Party. Ironically, considering his opposition to the current direction of the talks, Zen’s appointment as cardinal was originally seen as an attempt to make inroads into China because of his longstanding ties with Chinese Catholics. But also there are those with knowledge of Chinese Catholicism, such as Cardinal Zen’s successor Cardinal John Tong Hon, who support an agreement modelled on the Vatican’s relationship with the Vietnamese government. Cardinal Zen has concerns that are legitimate and should be addressed by any Vatican deal, but there are also arguments for engagement as a means to protect Catholics. 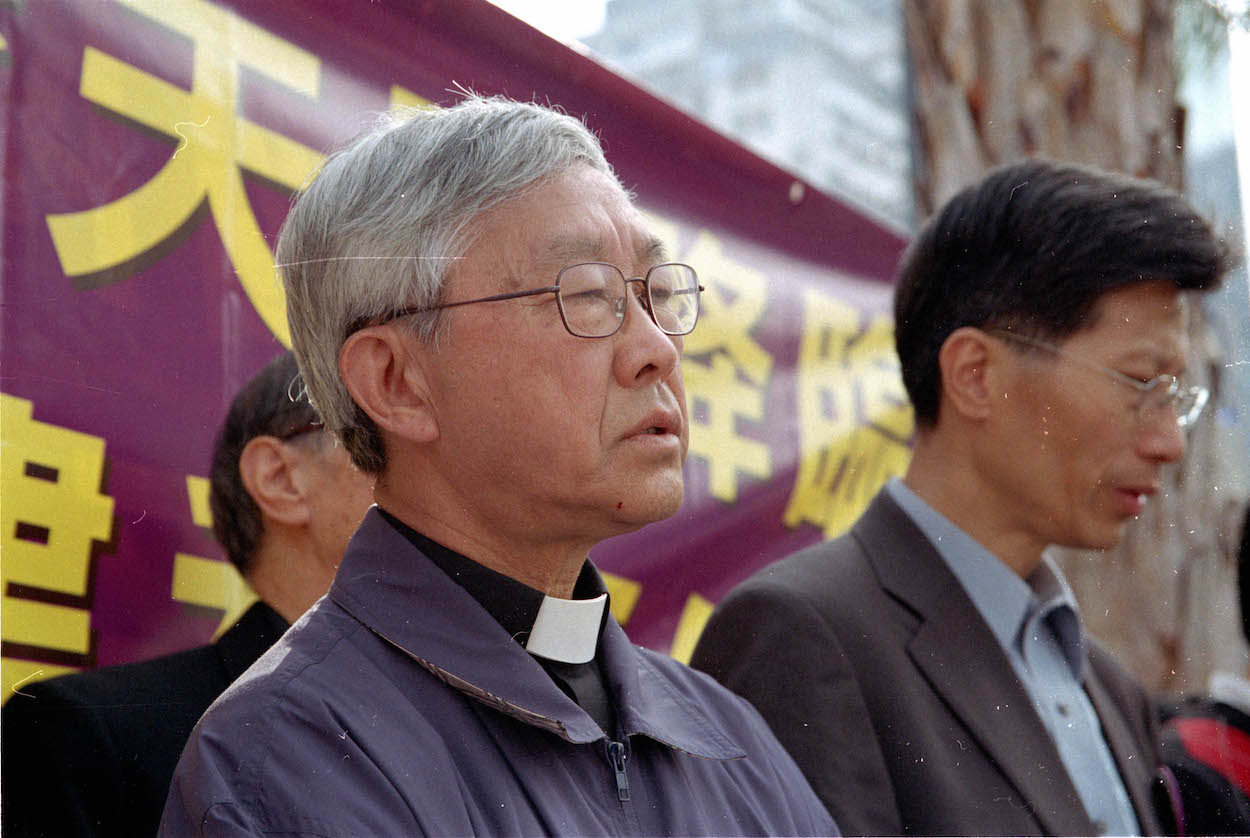 The devil, as always, is in the details. Gerard O’Connell writing for America has reported that the pope will have a final say in the nomination of appointment of bishops, bolstering the claims of those in favor of negotiations. The crucial question of how underground and official church will integrate in dioceses where the underground Church predominates (Shantou and Mindong dioceses) remains unresolved.

I recently spoke about this debate with a Catholic student named Peter, who is from Beijing and lives in Hong Kong. Peter was baptized in Beijing by an underground bishop. He expressed to me concerns similar to those Cardinal Zen has written about, specifically on the insufficiency of allowing the pope to have final say on the appointment of bishops. “The Pope,” he said, “may not be able to freely use his veto power. He may not be well-informed. And what if the government only gave him unacceptable candidates?” He also mentioned a desire to see some rectification, or at least recognition of historical injustices against Catholics in China. However, he also was careful to cast doubt on the idea that a deal would lead to calamity for Catholics who worship in underground churches, and is in principle in favor of negotiating with the government–just not in the way he views things to be proceeding now, with the faithful “kept in the dark.” He was worried about the Church in China losing its vitality as a result of becoming integrated with the CCP, but concluded that for Catholics, regardless of the end result, “Life must go on.”

Peter did not define himself as an “underground” Catholic but as a Catholic who was baptized by an underground bishop. This is a significant point that much of the outside commentary has missed, seeing this issue as one between “underground” versus “official.” The academic studies on Chinese Catholicism emphasize this lack of clear boundaries between the official and underground Church among practitioners. Vincent Goossaert and David Palmer, authors of the Religious Question in Modern China (2011), report that up to two-thirds of bishops were already recognized by both Beijing and the Vatican. While there are occasional flashes of tension between the official and underground Church, a modus vivendi of cooperation and intermingling has become the norm. 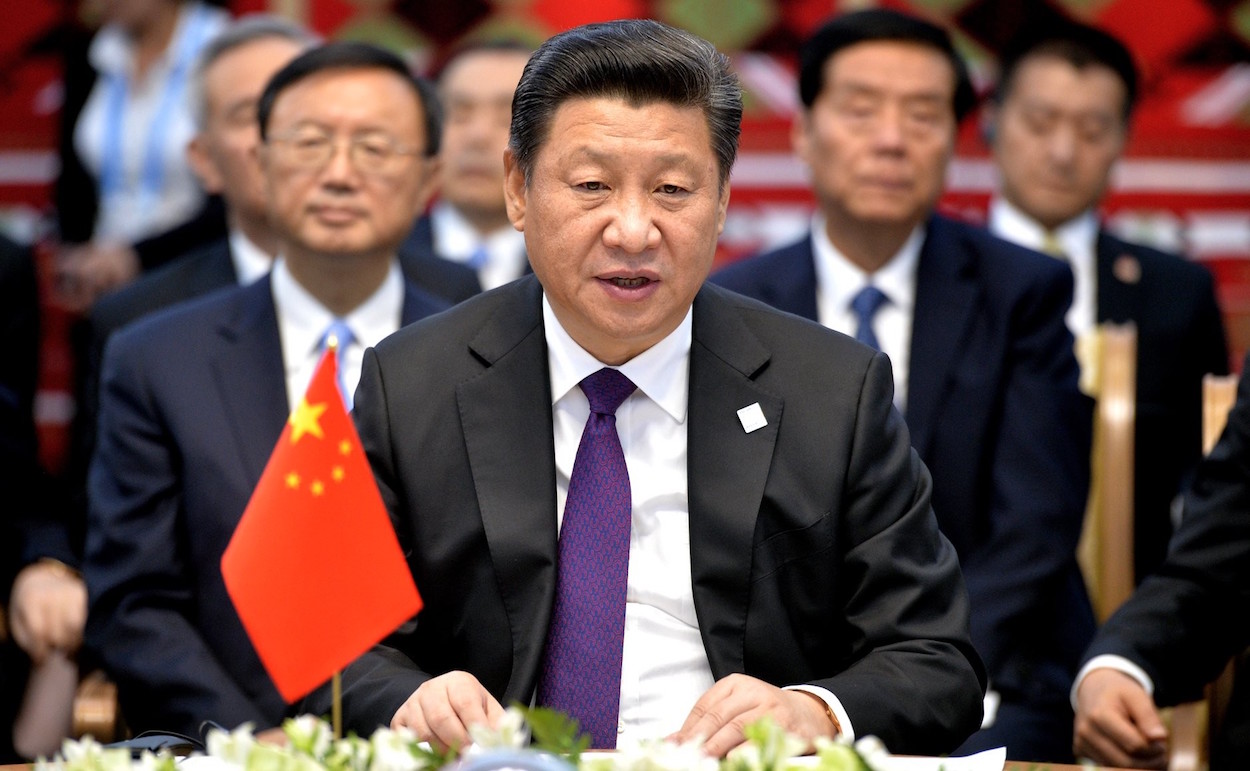 The more or less peaceful status quo may be enabled by the fact that for many rural Catholics, according to Gooseart and Palmer, Catholicism is more of an ascriptive identity than an ideological system. Richard Madsen, author of an influential study of China’s Catholic population, has argued along these lines that the meaning that many Chinese Catholics derive from their faith is its aspect of public ritual as opposed to doctrinal concerns. Other scholars of Chinese religion, such as Stephan Feuchtwang, agree with Madsen that the nature of religious belief (Catholic and otherwise) traditionally does not hinge on doctrinal questions but on the proper performance of rites. If these studies are still representative of the Church today, a change in lines of authority that doesn’t interfere with centrally important public rites and worship would be less likely to cause disruption in rural areas.

Of course, these traditional practices are now being overturned—which is one of the reasons that Protestant Christianity is rapidly growing along with urbanization and the spread of market and consumerist values. The forces of capitalist modernity more so than any change in the Catholic Church’s relationship with the government is the main story of religion in China (and, interestingly, in Latin America, where Pentecostal Christianity is booming relative to Catholicism). The Catholic Church is attempting both to hop on the wave that Protestantism in China has already caught, especially as numbers of Catholics and religiosity (measured in weekly Mass attendance) stagnate and decline in the developed world.

One contentious aspect of a rapprochement is that it may involve the Vatican’s withdrawal of its diplomatic recognition of Taiwan. On its face, this would signify a downgrading of Taiwan’s international standing and thus a victory for Beijing. The Democratic Progressive Party (DPP) in power would likely be blamed for this loss of status and the development may play into the hands of the Kuomintang (KMT) opposition. But the politics of the case aren’t so simple. The democracy movement in Taiwan has increased in strength as formal diplomatic recognition internationally has declined in the past decades. The loss of Vatican recognition may further delegitimize the Republic of China government—but this a regime that many democracy and independence activists see as an obstacle more than supporter of their causes.

In the long term, one can only guess what kind of effect this agreement would have. If China does agree to allow the Church to operate with state-sanctioned bishops, it should not be assumed that Catholicism in China will become a state-supporting cult. However much the Church hierarchy may support the regime, the texts and traditions of Catholicism are subversive enough that those who are seeking political reform or revolutionary change will find plenty of resources from Catholic social teaching and the Gospels. There is a long history of religious-based insurrection in China, and the Chinese Communist Party is also aware of the Catholic Church’s role in the downfall of Eastern European communism. Catholicism, much more so than Protestantism, is a public faith, which can be seen in the building of Catholic institutions such as hospitals, schools, and charitable organizations wherever it has a strong presence. These institutions can form a parallel or oppositional source of allegiance and authority to the CCP. The salient fact that all parties agree to is the power of religion to shape societies and political cultures. It is far from irrational for the Chinese Communist Party to try to keep a lid on this.