CONTROVERSY HAS followed after comments by Yeh Yi-jin, a DPP legislator currently competing for the DPP nomination to run for mayor of Tainan, calling for the abolition of zhuyin teaching in Taiwan and its replacement by pinyin. Yeh’s argument is that such a shift would bring Taiwan into line with global standards, whereas the current zhuyin system is not widely used outside of Taiwan. This claim was made during a debate between Tainan mayoral hopefuls of the DPP seeking the DPP nomination. Some attribute Yeh’s later loss in primaries to such comments.

It is not surprising in the least that Yeh’s comments would lead to controversy. Although zhuyin actually originated in China and was brought to Taiwan by the KMT, because contemporary China does not use and most Chinese cannot understand zhuyin, zhuyin has become a symbol of Taiwanese identity for many Taiwanese. Given the reputation of Tainan as a bastion for pride in Taiwanese identity, it is particularly surprising that a DPP candidate would make such a proposition and not expect blowback. 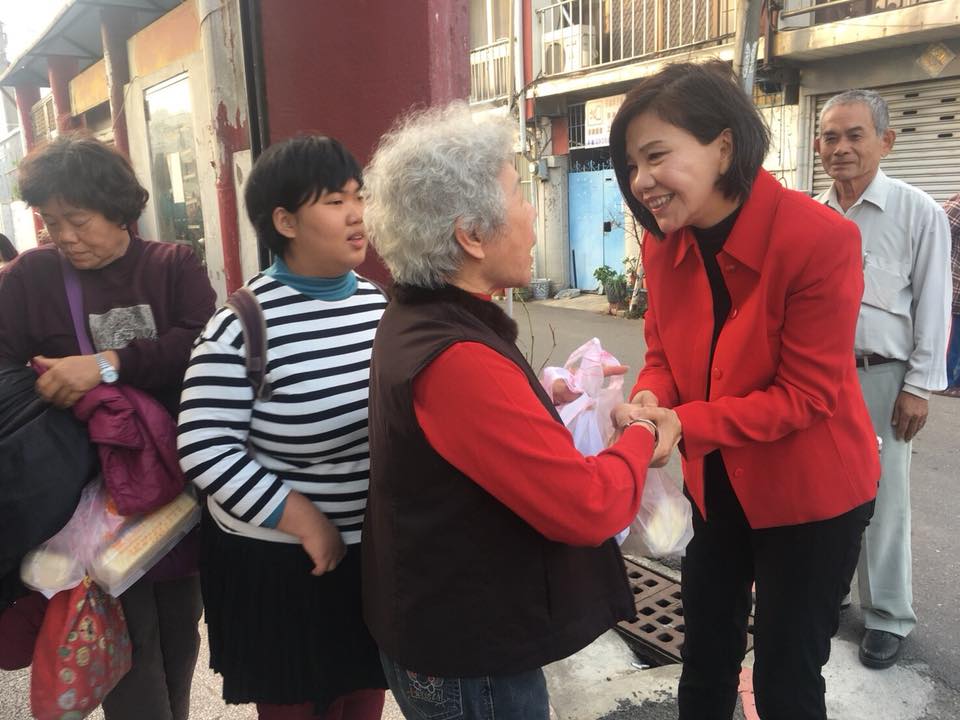 Similar outrage has followed in the past regarding other proposals to scrap Taiwan’s current Chinese education system in favor of what is also used in China. However, such proposals usually came from the KMT. As such, there was also outrage in the past over proposals during the Ma administration to phase out traditional characters in favor of simplified characters, to replace tongyong pinyin usage in Taiwan with hanyu pinyin—seeing as tongyong pinyin remains little in use outside of Taiwan despite being promoted under the Chen administration—or to replace the usage of Wade-Giles and other less commonly used romanization systems with hanyu pinyin renderings.

But it is also an aim of the pan-Green camp to strengthen Taiwan’s international ties in order to increase Taiwan’s competitiveness with the broader aim of countering the economic and political threat of China. It is possible that Yeh, who studied in America, miscalculated and thought that an avowed aspiration to do this—even if it means proposing controversial measures—would play well with the public or be perceived as innovativeness. Yeh may have perceived pinyin as “international” or “western” rather than “Chinese” because of the fact that it is Roman character-based.

Even then, however, it has been a matter of controversy as to whether Taiwan should make English an official language in order to better connect with the international world, with fears that this will damage Chinese language learning at a time in which there is much concern about decreased linguistic skills among Taiwanese young people. This is sometimes mockingly referred to as the “linguistic cancer” of Taiwanese young people (語言癌), and educators sometimes point to a decline in testing scores for Chinese language ability among Taiwanese young people to suggest that placing a greater focus English learning would detract from already faltering Chinese ability.

As also deeply bound up with further questions regarding identity and language, sometimes the decline of Chinese language learning in Taiwan is blamed on overemphasis on classical Chinese teaching enforced by KMT administrations, with the aim of establishing historical links between China and Taiwan in order to foist Chinese nationalism into Taiwanese student. This has been why Taiwanese pedagogical and language learning groups have called for a decrease in classical Chinese teaching in order to focus on contemporary vernacular works from Taiwan. 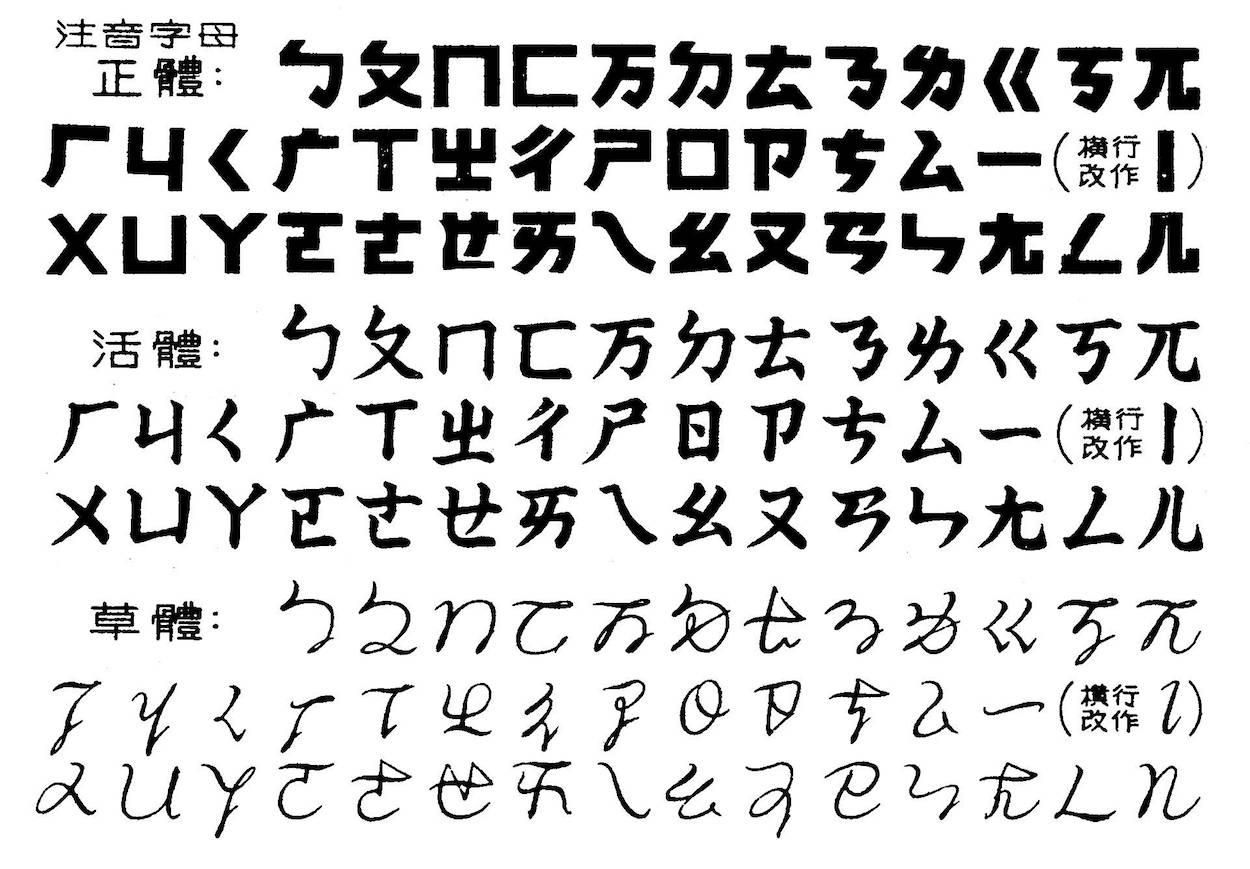 Nevertheless, the Tsai administration has sometimes proved surprisingly recalcitrant to decrease the amount of classical Chinese taught in Taiwanese schools. And, while Yeh’s comments are obviously not reflective of the DPP’s views as a whole, part of the controversy regarding her comments is because they have inadvertently added to the perception that the DPP is increasingly uninterested in upholding its traditional pro-Taiwan platform, if DPP members even propose getting rid of zhuyin, in addition to proposing jettisoning the traditional pro-independence stance of the party, or taking little action to rescue Taiwanese citizens abducted by China such as Lee Ming-Che.

Whether zhuyin, any form of pinyin, or other Romanization systems, each has their advantages and disadvantages. Zhuyin may be little used outside of Taiwan, but due to the fact that tonal marks on pinyin are rarely used in typing or casual notation and can sometimes prove difficult to easily distinguish, it is sometimes seen as more accurate in terms of tone than pinyin. The casual non-usage of tonal marks can lead to challenges in distinguishing between tones, as famously mocked in the poem “The Lion-Eating Poet in the Stone Den” by the Chinese linguist Chao Yuen Ren, which consists entirely of the sound “shi” in different tones. When many westerners have weighed in on the debate only in favor of pinyin, sometimes this has unfortunately only been dismissing zhuyin because they cannot use it; in other words, out of mere ignorance. Indeed, many Chinese language schools in Taiwan teach only pinyin and not zhuyin. Nevertheless, there is no truly correct way of rendering Chinese, and each has its advantages and disadvantages.

One does not realistically expect any shift in language teaching in Taiwan to occur anytime soon, seeing as while the demerits of zhuyin are also many, it is in fact that it is a wholly functional system for language learning in Taiwan and has been for decades. However, one does not expect the debate to be settled anytime soon, as bound up with unresolved questions regarding Taiwanese identity or Taiwan’s national status. As also observed in Hong Kong, with concerns about the decline of Cantonese, language, nationality, and culture are deeply bound together and so the fact that such controversy would erupt from proposals to replace zhuyin are in no way surprising.