APPROXIMATELY ONE hundred or more marched today for International Women’s Day, as part of the second annual Women’s March Taiwan. Marchers weathered cold, wind, and rain, starting from Liberty Plaza, marching east past Daan Park, and finishing at the Red Room art space near Zhongxiao Xinsheng, where a number of speeches were held with bilingual translation. The demonstration was also timed to coincide with the beginning of the Red Room’s Celebrating Women exhibition. As with last year, participants consisted of both expats and Taiwanese. 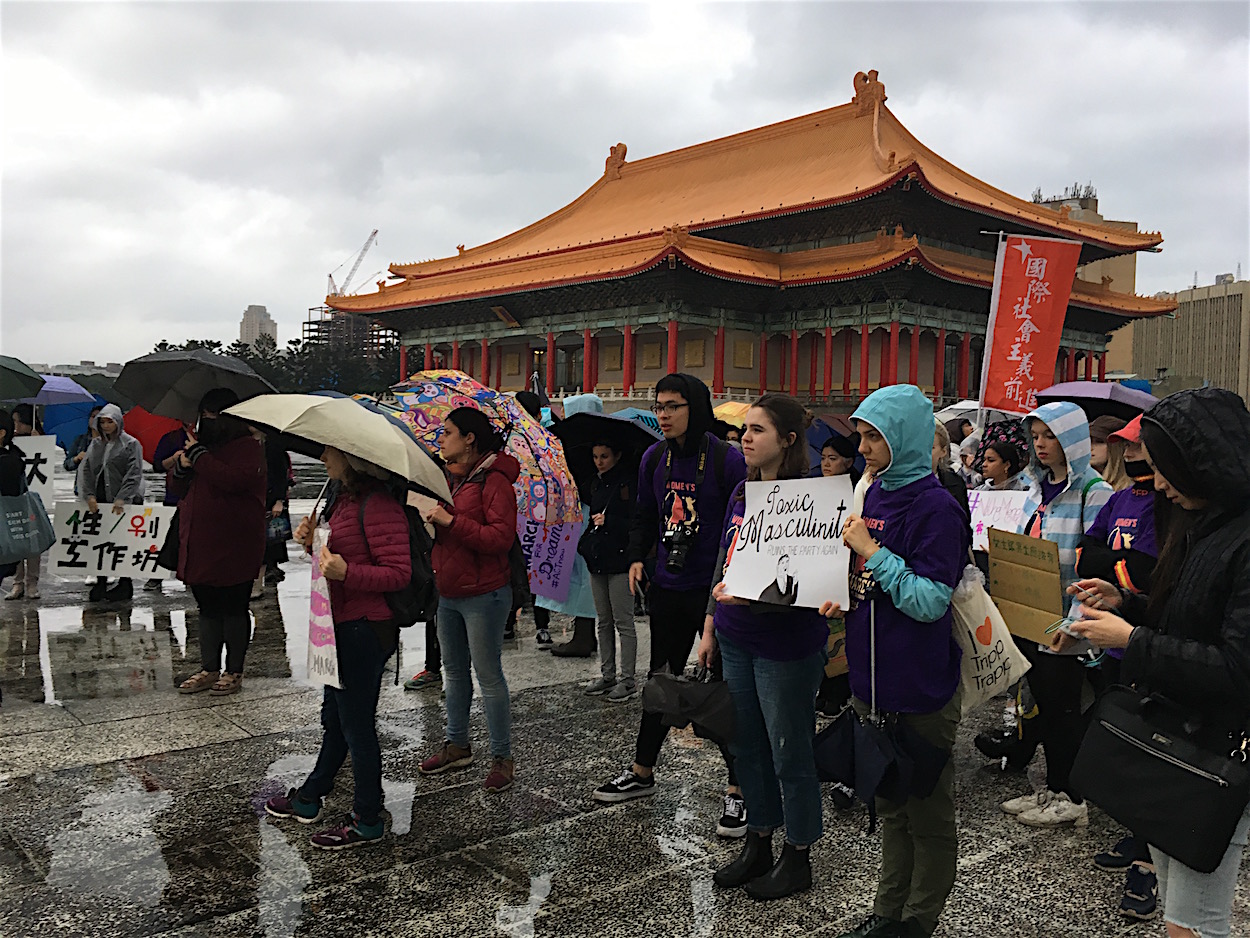 Women’s March organizing in Taiwan began last year, following American expats working together with other expats and Taiwanese to organize for women’s rights. This was a response to organizing for a Women’s March in Washington DC on January 21st, 2017 following the election victory of Donald Trump in 2016 American presidential elections, and timed to coincide with Trump’s inauguration the day before, on January 20th, 2017. Given promises by Trump take action against women’s rights, LGBTQ rights, reproductive rights, and immigration rights, it seemed imperative for Americans to organize, particularly women, but this also had the effect of motivating Americans living abroad to begin organize with local communities where they were living. As a result, the first Women’s March Taiwan was held on March 8, 2017, also taking place on a day that was cold and rainy.

Among the participant groups today were the Taiwan chapter of Migrante International, the Serve the People Association, Taoyuan, the Women Make Waves film festival, Women Anonymous Connecting Mentality, Moving Women Establishment, the International Socialist Forward, the New Power Party, the Social Democratic Party, and two campus-based groups, the National Yang Ming University Critical Thought Society, and the University of Taipei Gender Workshop. Among the speakers were a number of political figures, including legislators Yu Mei-nu of the DPP and Jason Hsu of the KMT, as well as Miao Poya of the Social Democratic Party. 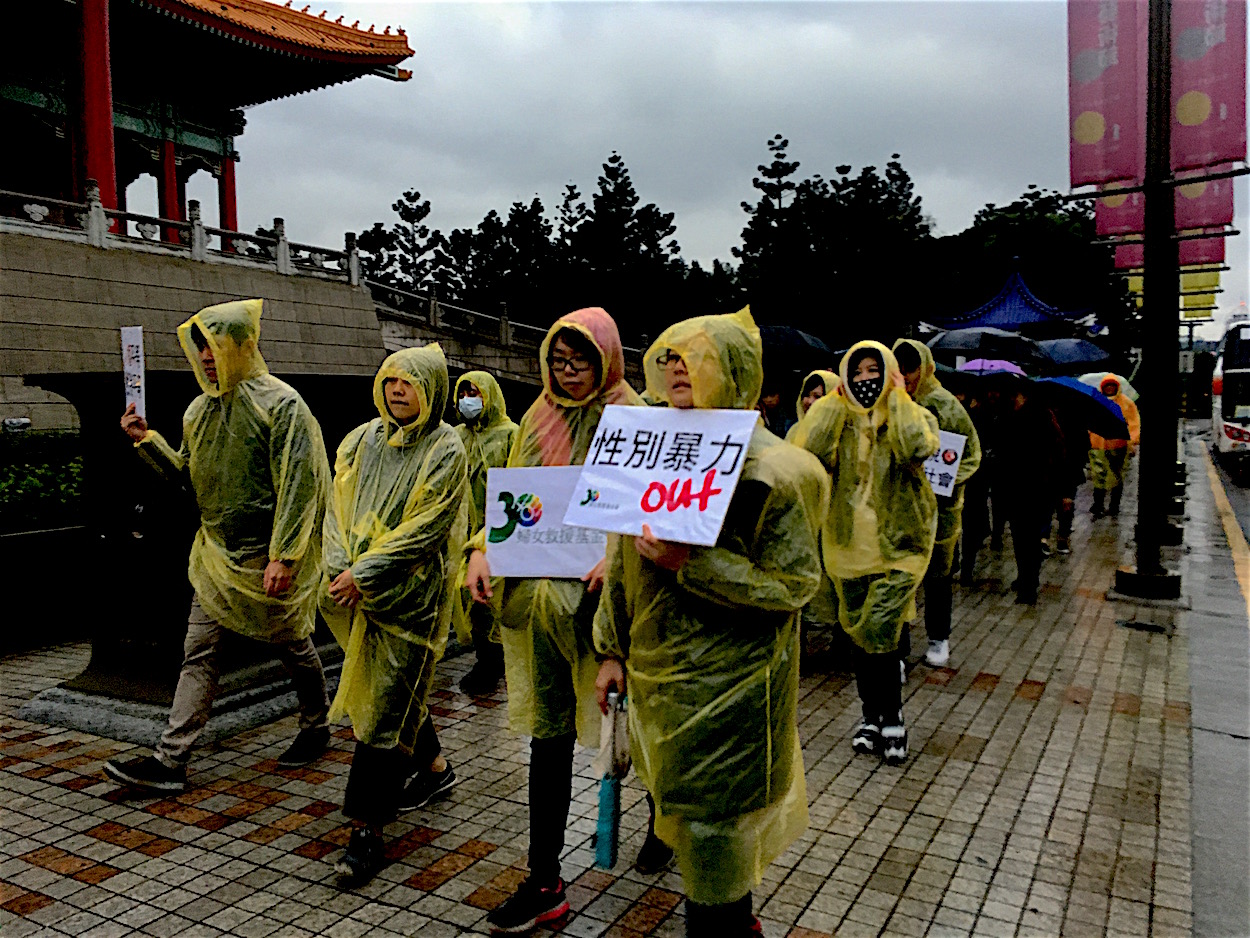 In comments during the march and at Red Room, speakers pointed to how a long road remained to be walked for women’s rights in Taiwan, despite the fact that there are those who may naively believe that women’s issues are largely settled seeing as that Taiwan has a number of female legislators and elected its first female president in 2016. Namely, women remain unequal in a number of areas, including that cultural tolerance of sexual harassment remains an issue, that women are not paid as much as men in the workplace, that women are made to take on a disproportionate share of housework or childcare responsibilities, and a number of other issues.

Speakers hit on a number of different points. For example, Miao Poya would cite the longer history of the women’s movement in Taiwan, in demonstrations in 1996 following the rape and murder of DPP politician Peng Wan-ru, the head of the DPP’s Women’s Affairs Department, which led to protests to push for reform in sexual education to combat misogyny in Taiwanese society. Miao would more broadly point towards the continued need to combat discrimination against individuals for their sexual orientation or identified gender and how it is still an issue that many in society view feminists as advocating for issues that they view as resolved, or stereotype feminists as simply hating or discriminating against men. 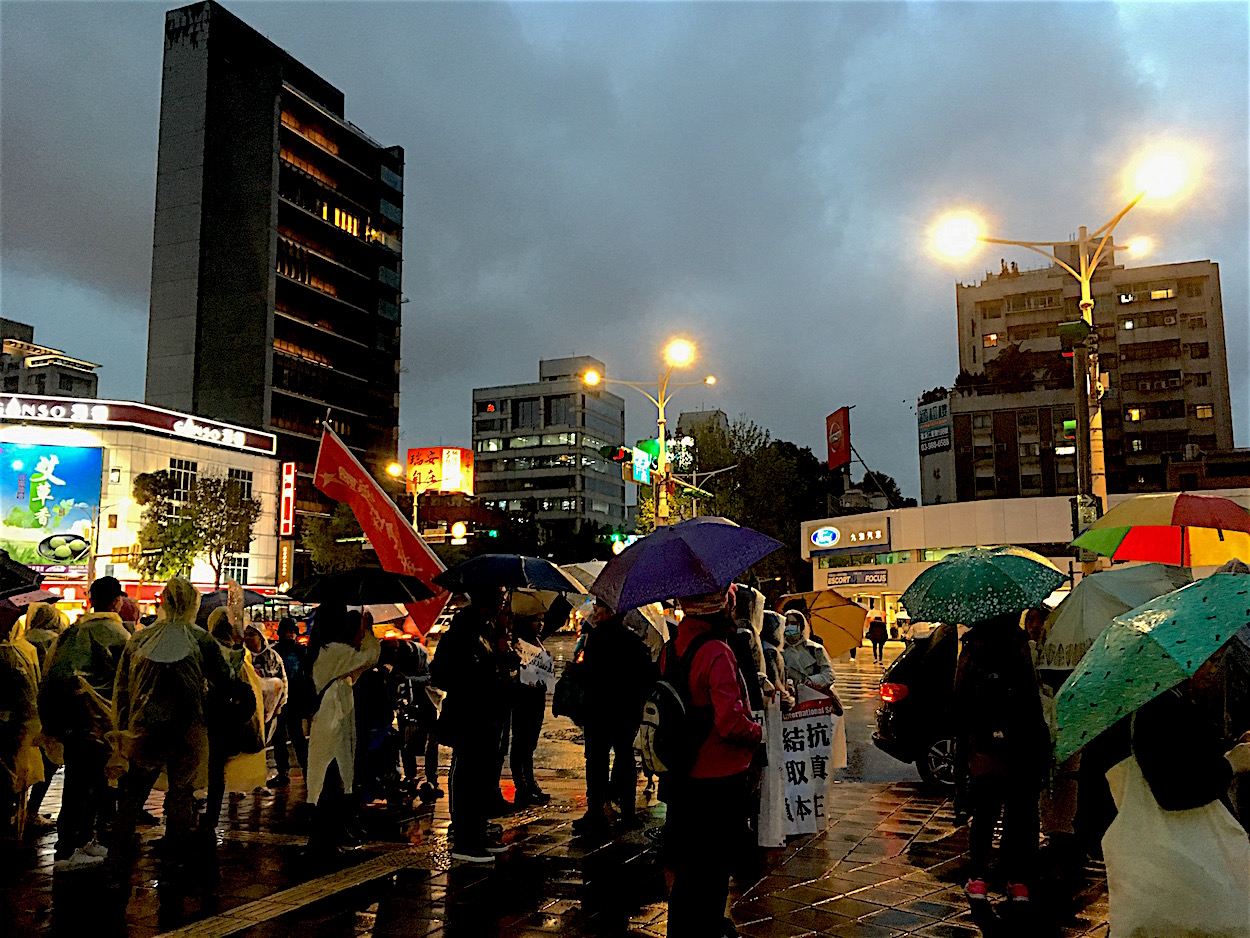 Vanessa Wang, representing the recently founded women’s anonymous mental health support group, Women Anonymous Reconnecting Mentally, would point towards the need to take considerations for how women’s mental health is affected by not only the invisible ties of patriarchy and sexism deeply rooted in Taiwanese society but also prevalent domestic violence and sexual harassment. Wang would comment on how women are, for example, often blamed for rape incidents, with the claim that this is the woman’s fault for what they were wearing or whether they had been drinking. Yet blame is not placed on the men that victimize women.

On the other hand, representatives of Migrante International and the Serve the People Association, Taoyuan, National Yang Ming University Critical Thought Society, and the International Socialist Forward, would point towards broader, structural issues, such as how women’s migrant workers face a continual assault on their rights from neoliberalism and capitalism yet also face racism, and how issues of racism and sexism are deeply bound up with international capitalism. In this sense, they would call for broader systemic change as what could address issues that women continue to face around the world. 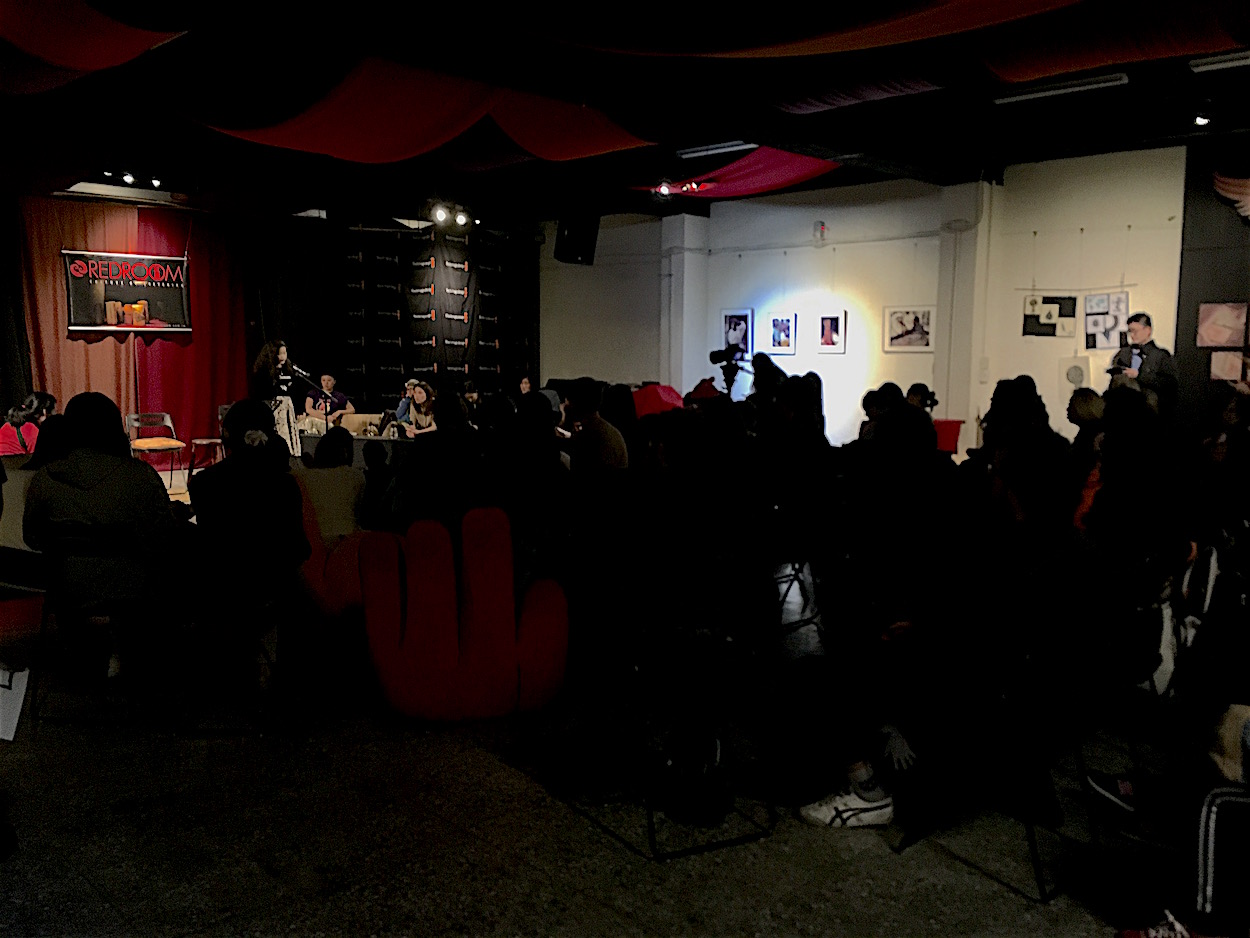 The second annual Women’s March Taiwan, then, demonstrates that women’s march organizing in Taiwan is here to stay. It remains to be seen in what direction future demonstrations will go, but one observes that the march has grown and developed more local ties.