DIVIDED VIEWS on Taipei mayor Ko Wen-Je are evident in what may be the beginnings of a spat between himself and the Tsai administration, with President Tsai Ing-Wen, who is also chair of the DPP, remaining vague in recent comments on whether the DPP will support him in 2018 elections but stressing that a show of common support for “Taiwanese values” is a necessary precondition for any support. These comments were made by Tsai on an interview with Cheng Hung-yi (鄭弘儀) on SET iNEWS.

In particular, views of Ko have changed sharply in the last two years. Ko ran on a progressive political platform in nine-in-one elections in 2014, winning the DPP endorsement after Ko defeated the DPP candidate in a run-off, and was elected into power with the support of post-Sunflower Movement civil society. Civil society activists took the view then that Ko would be a politician who would not only be more Taiwan, but break with the entrenched political interests of the pan-Blue and pan-Green camp alike. Nevertheless, while one generally expects backlash against any political candidate that runs on a campaign which calls for reform and change when that candidate is unable to deliver on all of their campaign promises, Ko is seen by many as having reversed political course altogether. 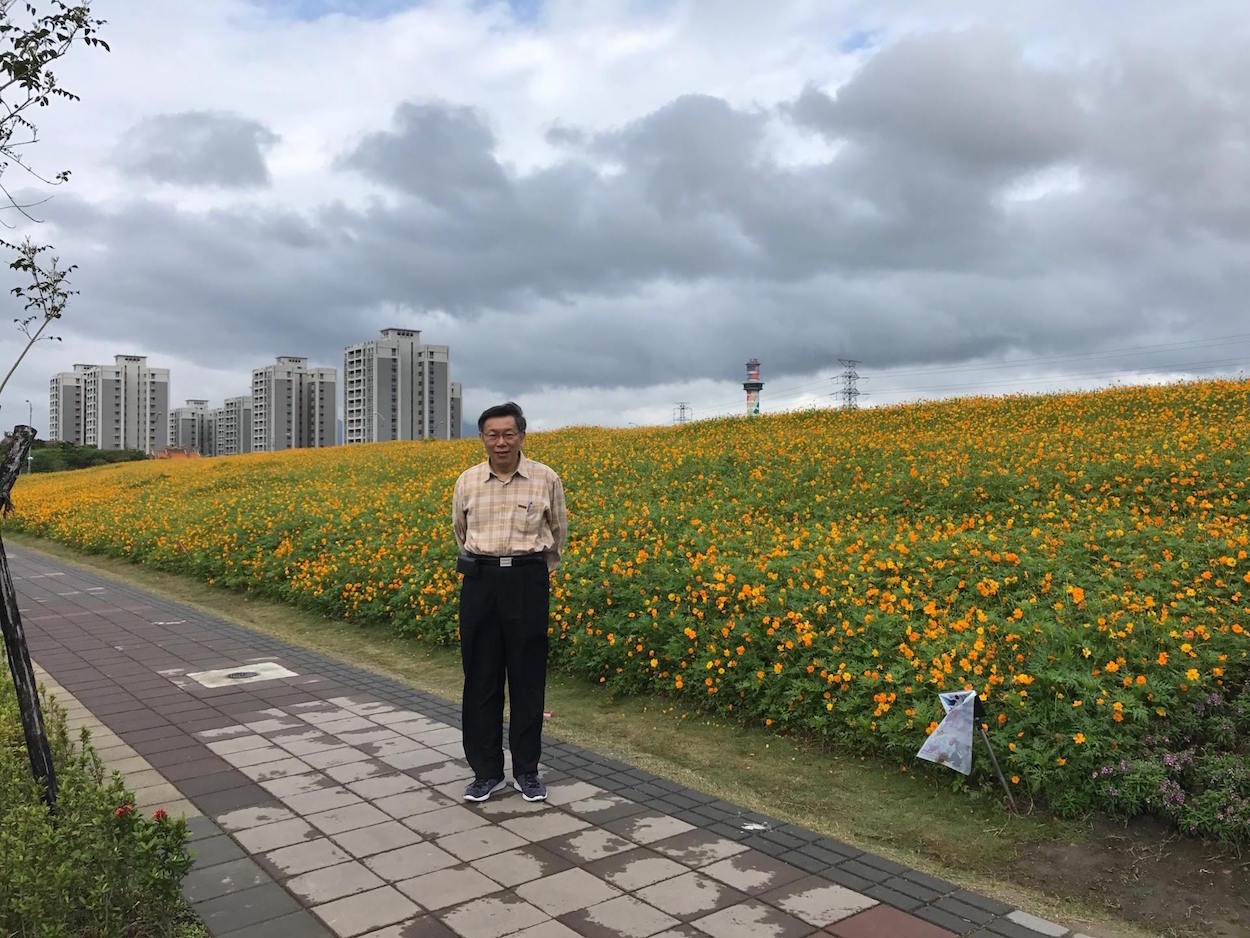 Ko, for example, has stirred up controversy through conducting city-based exchanges with Shanghai in a manner seemingly aimed at conducting foreign policy for Taiwan independent of the Tsai administration. By conducting such city-level exchanges, Ko seems to aim to circumvent national-level policy decisions. But in order to conduct these exchanges, Ko has stated that both Taiwan and China are part of “one family,” and that the share a common destiny, which has raised hackles among supporters of his who lean towards Taiwanese independence.

More controversial still would be that attacks on students demonstrating in support of Taiwanese independence on NTU campus by pro-China gangsters with links to the Chinese Unification Promotion Party—a pro-China party led by “White Wolf” Chang An-Lo, a former killer of political dissidents during the authoritarian period—took place with little condemnation by Ko. These attacks occurred under Ko’s watch, seeing as students were demonstrating against a Chinese singing competition held on the NTU campus as part of Ko’s city-level exchanges with Shanghai, but what was angering was that this singing competition referred to Taiwan as part of China. Yet Ko defended holding the competition nonetheless, claimed that the event had largely been a success, and did little to investigate the irregularities with the competition which led to attacks by the Chinese Unification Promotion Party.

Ko has further provoked many of his past supporters through close relations with prominent members of the pan-Blue camp, even those on the deep Blue side of the political spectrum. James Soong, the leading figure of the People First Party, and an individual who was directly responsible for persecuting political dissidents in authoritarian times as the head of the Government Information Office, serves as a special policy advisor to Ko, the two reportedly  meeting monthly.

Ko has also publicly praised former dictators Chiang Kai-Shek and Chiang Ching-Kuo as models of political leadership many times, as well as attended events such as the book launch of laudatory biography of Chiang Ching-Kuo, and taken photos with “White Wolf” Chang An-Lo. Ko is himself increasingly accused of authoritarian behavior, as observed in banning reporters who have published negatively on him in the past from events, lashing out against reporters in public comments, harsh police actions against demonstrators, or issues of forced land evictions starting to be a problem in Taipei once more. 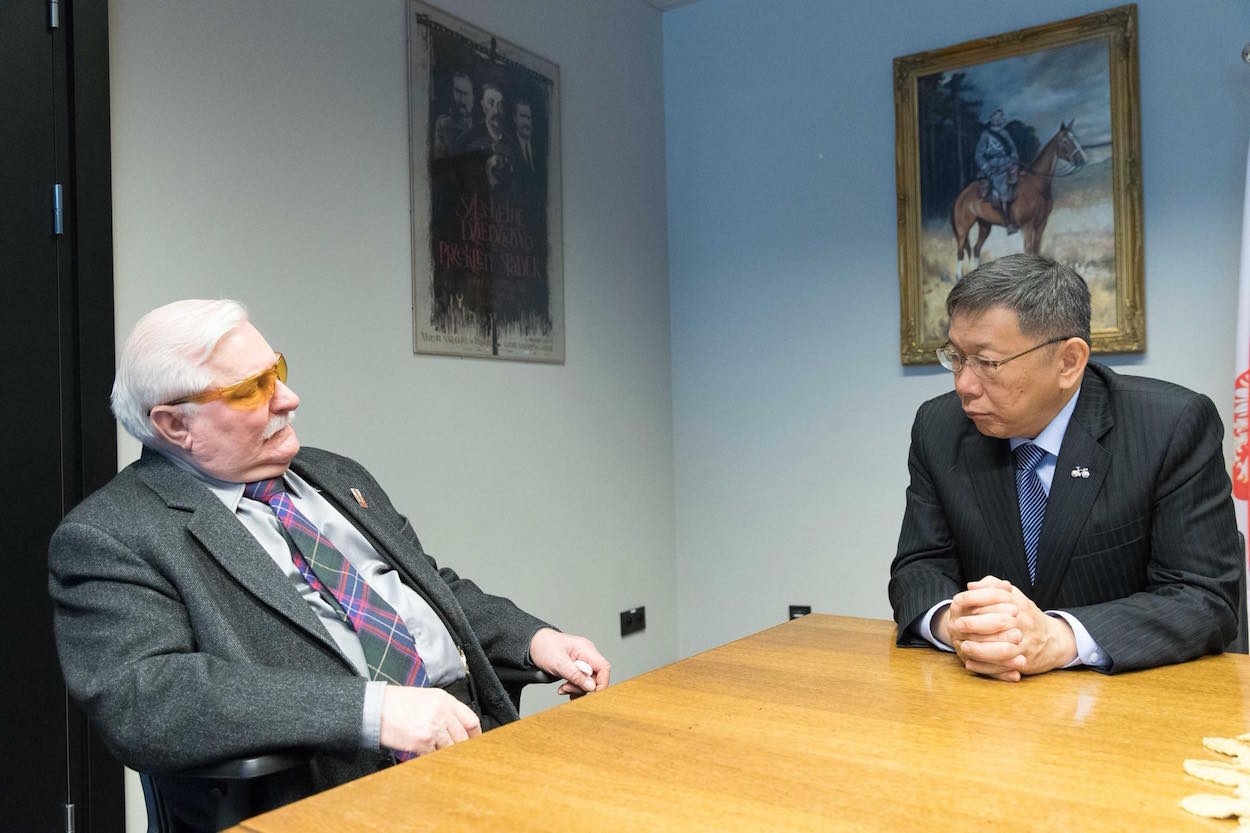 A split may be underway between Ko and the DPP. Ko notably lashed out against Tuan Yi-Kang and Pasuya Yao of the DPP for criticizing him, and has questioned what Tsai meant by “Taiwanese values” in public remarks, instead referring in recent speeches to “Taipei values.” Ko continues to claim that he pushes for progressive values, as observed in a recent speech in the European parliament during a speaking tour in which Ko claimed “Taipei incorporates progressive Western values into a Chinese society,” such as with regards to support for same-sex marriage—never mind that Ko dragged his heels on the issue and was originally hesitant to support gay marriage.

And many of Ko’s original supporters seem to have abandoned him. Yao Li-ming (姚立明), a political commentator, and Ko’s original campaign director during the highly successful and innovative 2014 mayoral campaign which led Ko to gain the support of Taiwanese civil society after the Sunflower Movement, has stated that he intends to support Pasuya Yao in 2018 mayoral elections and would be willing to serve as Yao’s campaign director.