Catholicism in China is regulated under the State Administration for Religious Affairs and the Catholic Patriotic Association, which appoints its own bishops and does not recognize the primacy of the pope. In general, Chinese suppression of organized religions outside of its control is with the view that the religious may have divided loyalties, which may lead them to organize against the rule of the Chinese party-state. It is such that the Chinese government oftentimes attempts to supersede religious authorities outside of China, as observed with state-appointed bishops within China, or other examples, such as state-appointed lamas with regards to Tibetan Buddhism, including the Panchen Lama and the possibility that China will appoint its own Dalai Lama following the death of the current Dalai Lama. 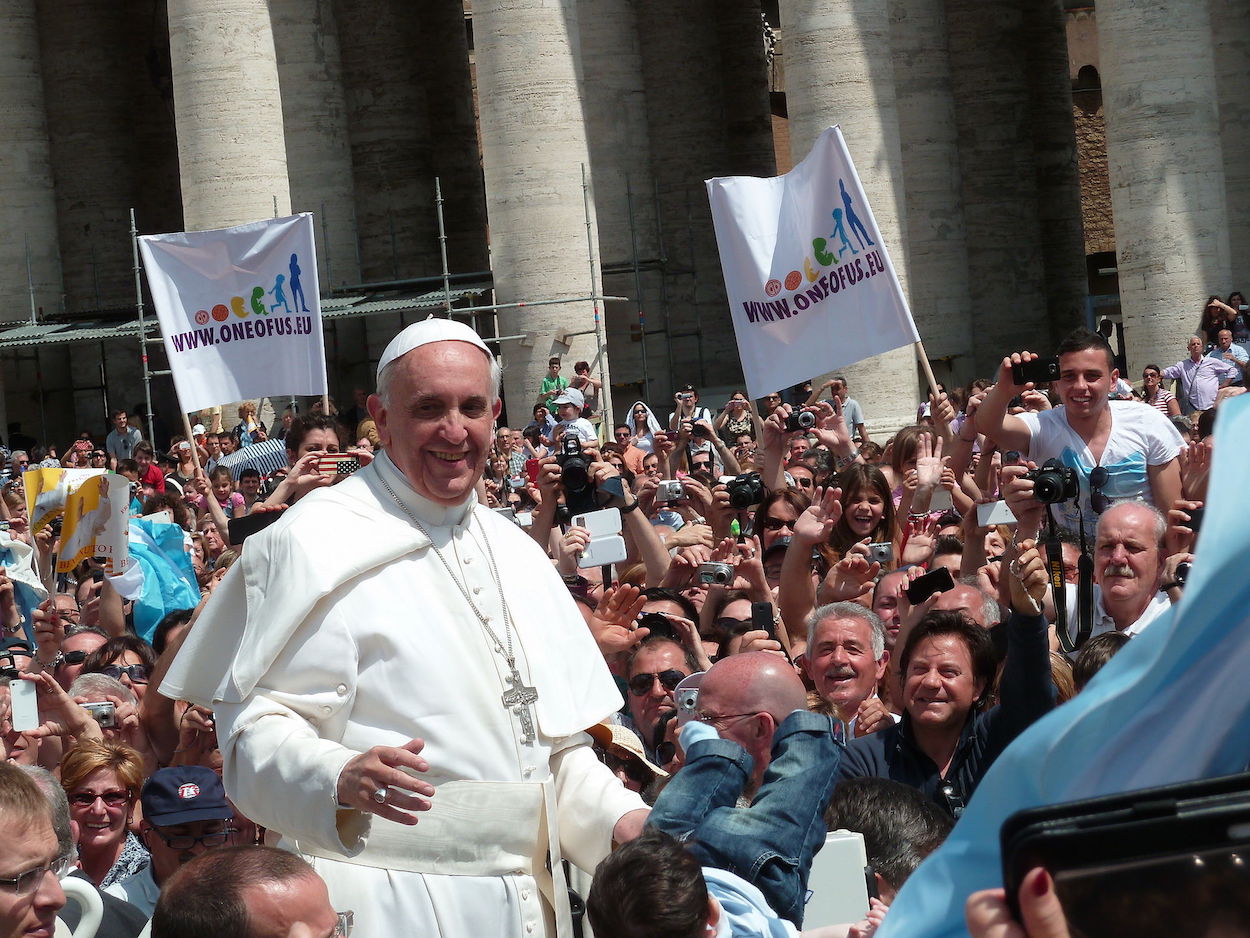 It is estimated that there are 12 million Catholics in China, some of which worship under the auspices Chinese government-regulated Catholic institutions. Others secretly recognize the authority of the Holy See.

Suppressions of the official Catholic Church in China, then, are what has led to the diplomatic peculiarity of the Vatican recognizing Taiwan rather than China. The Vatican is the only European country that recognizes Taiwan. As a diplomatic ally, the Vatican is not militarily or economically significant in any way as a nation-state, seeing as the Vatican is in reality little more than a city-state, but the Vatican is disproportionately powerful among Taiwan’s remaining 20 allies that formally diplomatically recognize the Republic of China as the seat of the Catholic Church.

While the majority of the Taiwanese population is not Christian, in the past, Taiwan has leveraged the Christianity of political leaders in international outreach efforts, as occurred under KMT dictators Chiang Kai-Shek and Chiang Ching-Kuo, who were both Christian. Members of the Presbyterian Church are also prominent in the DPP. Current vice president Chen Chien-Jen, for example, is a high-profile Catholic within Taiwanese politics.

Moreover, in recent times, the Chinese government has taken to cracking down on Christianity within China. Zhejiang Province in particular has seen a campaign of church being forced to take down their crosses and Chinese president Xi Jinping has stated that religions must “Sinicize” or face expulsion. Yet the Catholic Church has long had its eye on being officially allowed to enter China, even if there have long been issues regarding what to do with Chinese bishops who are not recognized by the Holy See which have been one of the key barriers to entry by the official Catholic Church into China.

What has provoked a fresh set of fears that the Holy See will break with Taiwan, however has been the news that the Holy See asked two bishops recognized by the Holy See to step aside in favor of Chinese state-appointed bishops and the official recognition of five state-appointed bishops. Cardinal Joseph Zen of Hong Kong, who was a notable supporter of the Umbrella Movement, has been among those to break with Pope Francis, stating that he sees the Vatican as selling out the Catholic Church in China in doing so, and that in going public about this agreement, he was revealing confidential information that the Vatican was previously hoping to keep secret.

In past cases when the Vatican and China seemed on the verge of a diplomatic breakthrough, the Vatican has similarly acted to try and reassure China. But much is uncertain in the present, as a result of which eight legislators from the foreign affairs and interior committees of the Legislative Yuan have sought to have an audience with Pope Francis.

The future of the issue remains to be seen, then. Either way, seeing as this issue has come up many times in the past, it may only be a matter of time before the Vatican eventually capitulates and decides that China is a larger priority than Taiwan. After all, by the numbers, there is no question that China dwarfs Taiwan many times over and, even for the religiously-minded, who pursue religious aspirations in seeking to establish relations with China, numbers dictate that it is only rational interest to recognize China over Taiwan.