DESPITE SOME pointing to increased tensions between elderly and younger members of the KMT in recent years, with younger members pointing to the increased need for political reform within the party, perhaps young and old in the KMT are alike after all. Namely, recent actions by the KMT Youth League to demonstrate outside a talk on January 19th by Rainer Eppelmann, head of the government-funded Federal Foundation for the Study of Communist Dictatorship in East Germany, on the experience of transitional justice in Germany, evidence that young people within the KMT continue to look at Taiwanese history in authoritarian lens.

In particular, the talk by Eppelmann was held in the Yue Yue Bookstore in Songshan Cultural Park on January 20th. Members of the KMT Youth League, which seem to have numbered a half dozen in number, held up signs outside the talk calling on Eppelmann to “Sincerely Suggest that you do NOT be fooled by DPP, which is the living example of dictatorship” [Sic], claiming that “Taiwan is the Democratic Light House of Asia, which is leaded by the KMT” [Sic], that the “KMT is Anti-Communism, KMT is Anti-Dictatorship,” [Sic] and that “KMT leaded Taiwan to fight for freedom for seven decades” [Sic]. 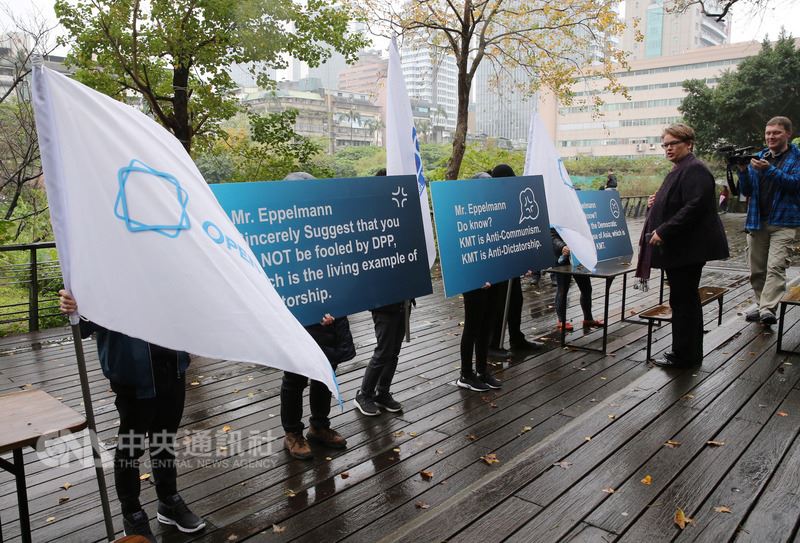 However, it appears that many members of the KMT refuse to deal with history of past historical crimes committed by the KMT altogether, and choose to outright deny that these crimes ever happened, usually forgetting that Chiang Kai-Shek and his son Chiang Ching-Kuo ruled over Taiwan as authoritarian dictators during the era of martial law, once the world’s longest martial law period. Historical revisionism prevails within the KMT with current claims advanced by the party that present efforts of the DPP to address these historical crimes through the framework of transitional justice are a form of political persecution, constituting a “Green Terror” which some members of the KMT claim to be worse than the “White Terror.”

Indeed, if that would be the case, one wonders where the tens of thousands of dead bodies since the Tsai administration took office close to two years ago are, seeing as the KMT executed tens of thousand during its time in power as a way of putting down political dissidence. And, likewise, while the KMT was formerly opposed to the CCP due to the conflict between the two parties during the Chinese Civil War, in the seven decades since, the KMT is now the pro-China party in Taiwan that seeks to facilitate the political unification of Taiwan and China.

Although youth reformers within the KMT called attention to the KMT’s failure to reckon with its historical past following the youth uprising against the party that took the form of the 2014 Sunflower Movement and the party’s defeats in 2014 presidential and legislative elections, it seems that many of these individuals have been kicked out of the party. No less than former party spokesperson Yang Wei-Chung, who was purged from the party for calling on the KMT to address the issue of the party assets which the party retains from land and property seizures from the authoritarian period, is now working as part of the Tsai administration’s efforts to realize transitional justice. 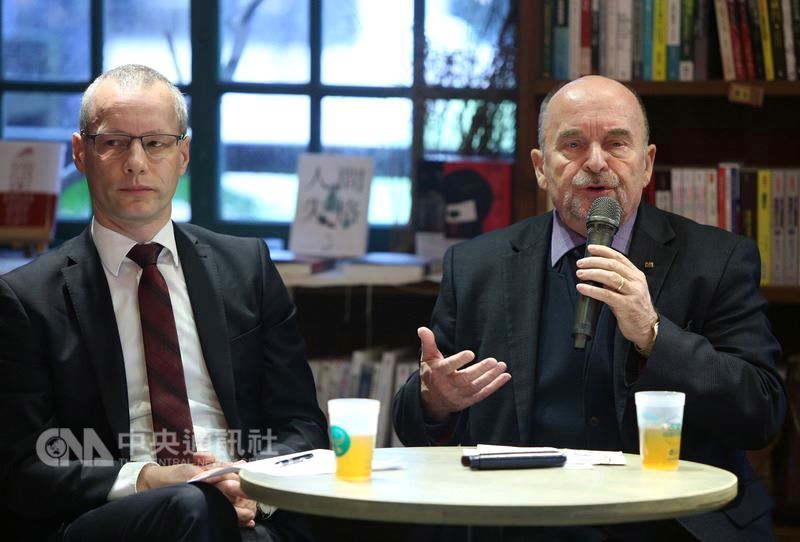 Those young people left within the KMT, then, may not differ so much from the elderly deep Blue members of the party who continue to cling to an authoritarian mindset. One observes similar signs as those which KMT Youth League members brought to Rainer Eppelmann’s talk in the occupation encampment of the “800 Soldiers” group protesting against the Tsai administration’s pension reform initiative outside the Legislative Yuan.

Generous pensions were a means used by the KMT party-state to reward public servants, members of the police, and members of the military for political loyalty, but seeing as this current pension system is unsustainable, elderly members of the KMT are demonstrating against pension, never mind that this will disproportionately impoverish Taiwan’s young people. But along with this demand, anti-pension reform demonstrators call on the public to respect them, calling on the Tsai administration to give up “populism” and claiming that the military deserves the respect and admiration of the public for protecting them, never mind that the military was precisely the enforcers of the former party-state.

And so, although some younger members of the KMT, such as Chiang Wan-An, the great grandson of former dictator Chiang Kai-Shek, or Jason Hsu, may take more progressive stances on social issues such as labor issues or LGBTQ rights, this does not mean that they do not also retain an authoritarian mindset. Such actions as those of the KMT Youth League are proof of this.