Anger Over Firing Of China Airlines Union Leaders By Management

In particular, what Taiwanese youth activists are angry about is that China Airlines has been allowed to the trample over the rights of union members to organize and demonstrate, as well as to punish them for exercising their freedom of speech. China Airlines has directly singled out Zhang, Zhu, and Lin’s because they were spokespersons for striking workers during the strike last year and shared press releases from the strike. Zhang was also a participant in a skit mocking company management, during the course of which Zhang shaved his head. 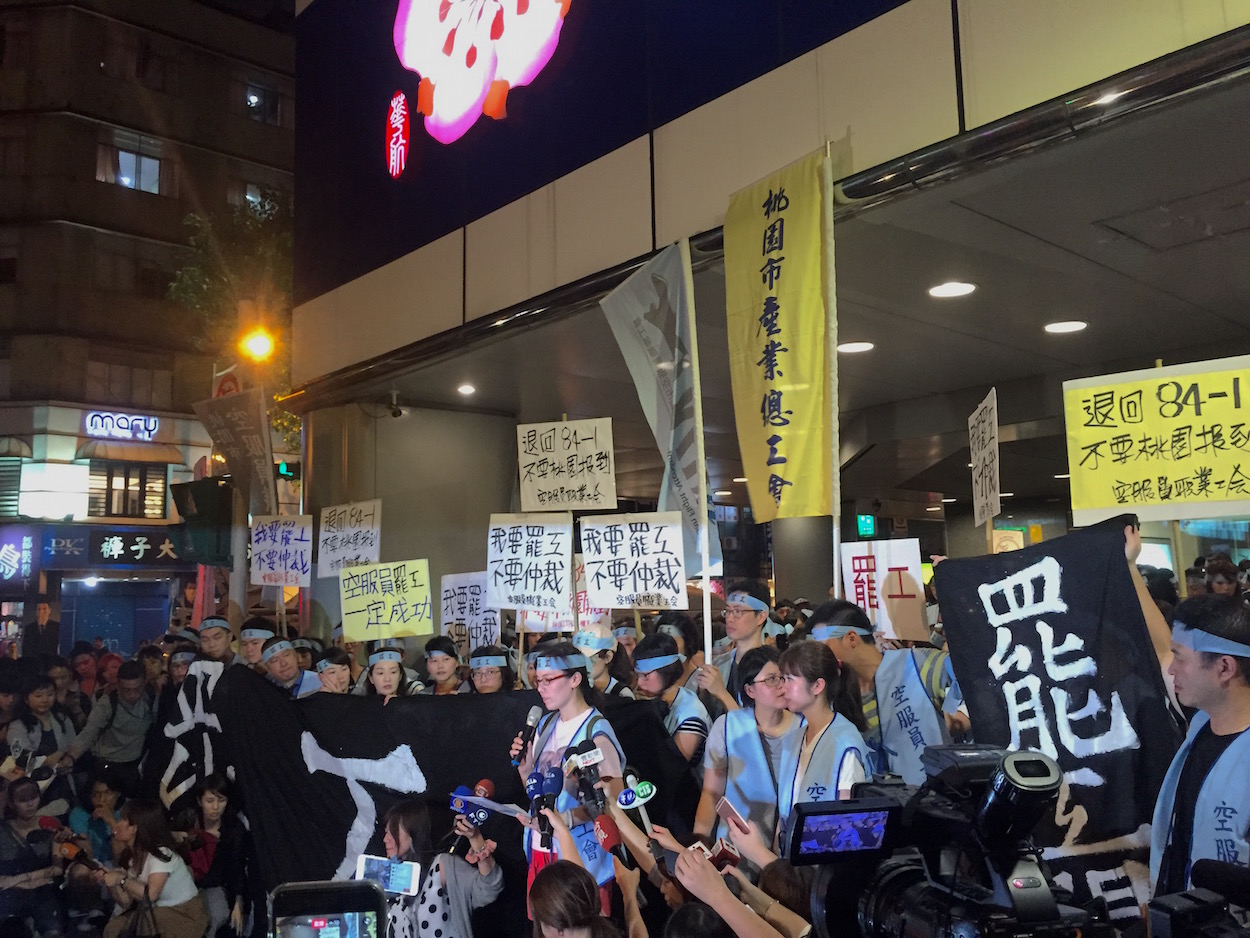 China Airlines has stated that their actions last year would be a violation of the company’s internal regulations, as a result of which it has deemed it appropriate for Zhang and Zhu to be punished and for Lin to be punished. Despite China Airlines vowing to sit down and discuss issues with workers at the end of the strike, clearly China Airlines has now taken action to punish those that participated in the strike, even when workers have the right to strike and the right to freely express their political views.

These disciplinary actions comes on the heels of a wave of firings of workers involved in labor organizing by Far Eastern Airlines. After the historic China Airlines strike proved electrifying to Taiwanese youth activists, the airlines industry saw an uptick of labor organizing, with unions formed in Far Eastern Airlines and EVA despite the fact that this was previously thought to be unlikely, because of management making it clear beforehand that they would not tolerate union activity. Seeing as the China Airlines strike garnered a great deal of public attention at the time, it may be seen as the flagship of contemporary labor struggles in the Taiwanese airline industry, and it could be that airline company managements wish to draw a firm line in the sand against future organizing. 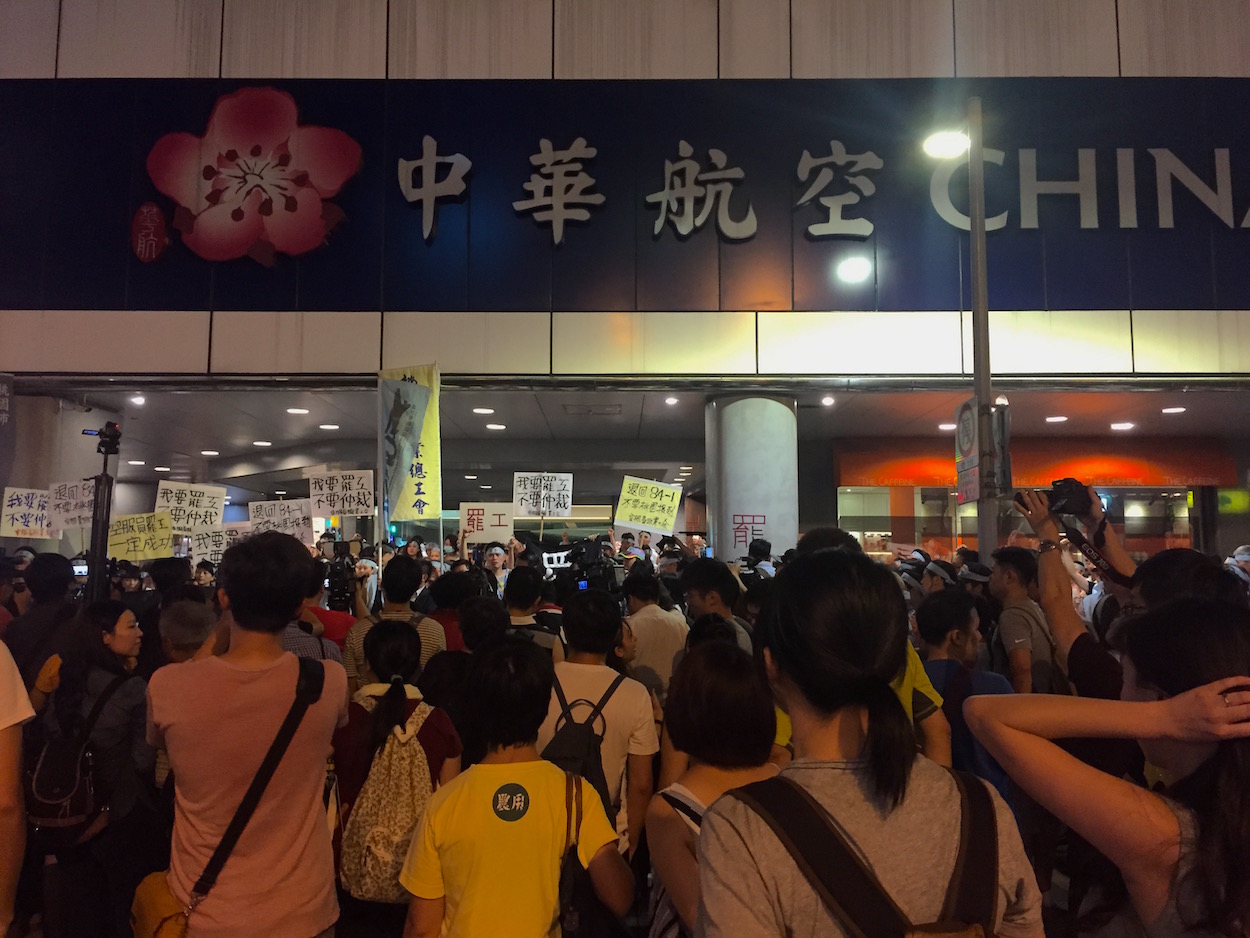 And, indeed, some, including activist lawyer Handy Chiu of the NPP, have suggested that China Airlines’ actions touch on sensitive issues regarding democratic rights in Taiwan, particularly in light of the fact that Taiwan is currently commemorating thirty years since the end of martial law and because December 10th recently served as a World Human Rights Day. For example, can democracy truly be said to exist in Taiwan if simply sharing a press release on Facebook is grounds for termination of one’s employment, particularly when this occurs in a state-owned enterprise? Such questions remain to be answered.