OUTRAGE HAS ensued in China following the death of nineteen individuals in Daxing District in southern Beijing after a fire. 17 of these individuals were migrants from other parts of China and seven were children. The victims were living in tiny, cramped housing, on the second floor of a residential building in which there were over one hundred housing units under 10 meters square feet each.

Daxing District is by the 6th Ring Road in Beijing and inadequate safety measures provided in case of fire. Following the negative press coverage in China and internationally, police have subsequently gone door to door in Daxing District to perform inspections, with only those having the right documentation being allowed to reopen their stores. The rest were evicted shortly after the fire by riot police, some reportedly given only fifteen minutes to clear out. Given such actions, despite that Beijing party secretary Cai Qi claims that measures will be taken to prevent such tragedies in the future, one generally suspects that this will take the form of clearing out migrant workers and displacing them from their homes. 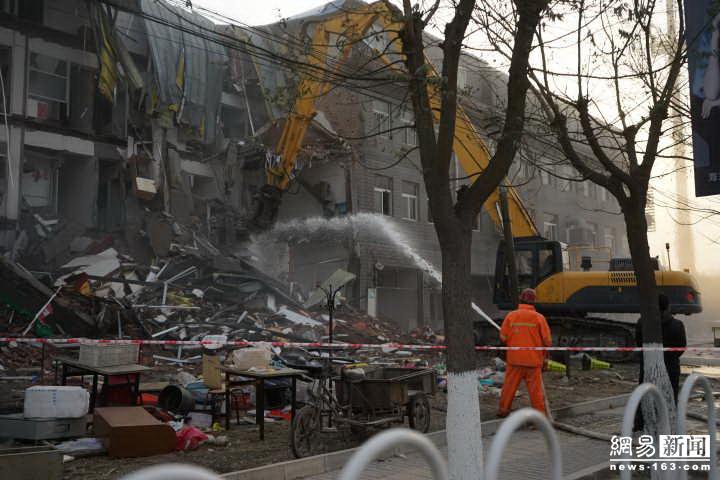 Whether in China or elsewhere, migrants from rural areas to urban areas reflects uneven development, and they are often forced to live and work in highly unsafe conditions. In most cases, authorities take a blind eye to this situation, seeing as this has become an everyday fact of life, unless disasters which lead to bad press. In such cases, the responses of authorities is sometimes much more to watch out for their public image, especially in cases that receive international press coverage, instead of taking action to address the situation.

It may increasingly be the case in China that little is being done to rectify the poor conditions faced by migrant workers at a structural level. Cheap labor from migrant workers provide too much of the backbone of China’s contemporary economy and authorities may have little interest in changing this situation, for fear that this would lead to negative effects on the Chinese economy. This occurs in spite of the fact that, due to the legacy of Maoist China, China today still continues to officially claim to aspire towards socialism. In reality, such claims regarding socialism have long since become a cipher for Chinese nationalism, and economic development for the sake of advancing China’s national interests takes priority over providing basic insurances for workers.

However, what may be truly frightening where the conditions of workers in China is concern is that, apart from this incident being a repeat of an earlier incident in Beijing in 2011 and an incident in the county-level city of Changshu in July, such incidents are not uncommon in large cities in China. The incident has even received greater press than many other similar incidents because of the fact that it took place in the capital city of Beijing. Similar incidents in even other Tier I cities in China do not receive as much attention, whether domestically or internationally.

So much for the “new era” of a “moderately prosperous society” as a form of “socialism with Chinese characteristics” as vowed by Chinese president Xi Jinping at the 19th National Congress of the Chinese Communist Party, then, meaning a society that is largely middle class in composition. What is more likely to occur in China, with aims of national self-strengthening taking precedent over social equality and social welfare, is that China will seek to build up its middle class and strengthen their global capacities for consumption in order to construct the international image of a largely middle class society. Never mind that this will probably be founded upon the sweat and blood of the working class, who will largely remain in the same conditions as they do now. 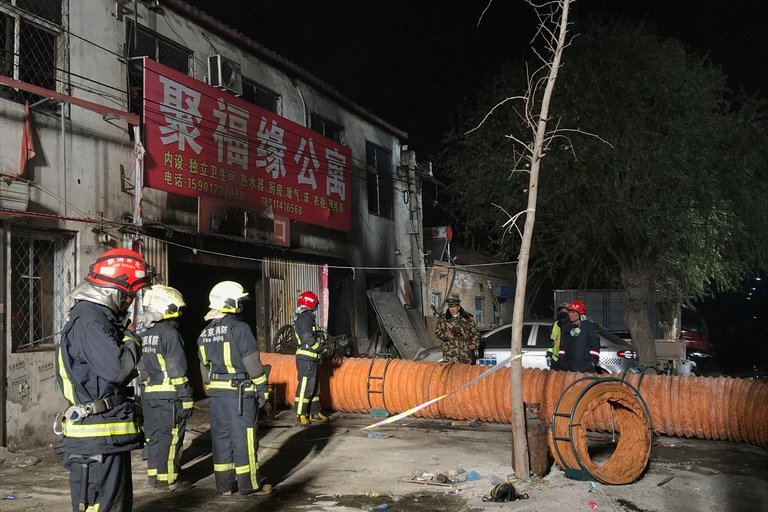 Unfortunately, what Chinese nationalist leftists may largely do at present in the face of such incidents is to displace the blame for such incidents onto global capitalism as a way of effacing any particular responsibility that the contemporary Chinese government faces for tragedies such as took place in Daxing. This allows for a means of allowing the Chinese party-state to escape responsibility for its failures to provide for Chinese workers.

Yet while it is certainly true that such issues return to global capitalism writ large, which engenders the conditions of exploitations that workers globally face, much of this returns to the priorities of the contemporary Chinese party-state, which has chosen to try and build the country up on the international stage and to target the economic growth over the domestic welfare of the grassroots of society. Oftentimes, it is the poor of society who suffer the most from nationalist attempts to highlight the country on the international stage. One can observe this in China, for example, in 2008 when during the Beijing Olympics, the poor were evicted en masse from their homes in order to construct the necessary structure for the games and homeless rounded up onto buses and shipped out of Beijing, as a way of showing off China on the international stage.

The Daxing tragedy may be a tragedy peculiarly of the Xi era of Chinese governance, then. And, unfortunately, whatever the Xi administration may claim, one generally expects to see further tragedies in this vein in coming years. Tragedies facing the working class will see attempts to cover them up, rather than to take action, for the sake avoiding minimizing damage to China’s international reputation on the world stage. Very little at all will truly be done to rectify the fundamental inequalities facing workers.