Issues Of Land Appropriation Again An Issue Under The Tsai Administration?

ISSUES OF land evictions and land appropriation have once again seen protest as of late in Taiwan, with increasing calls that the Tsai administration take action to prevent another wave of land eviction cases from sweeping Taiwan, as occurred under the Ma administration. Two issues have led to demonstrations against the Tsai administration, namely demonstrations against Asia Cement’s mine in indigenous traditional territories in Hualien, and residents of Daguan Community facing eviction from homes they have inhabited for over forty years.

Both struggles are struggles which have gone on for decades. The Asia Cement mine in Hualien was originally approved for a mining permit in 1973, and was set to expire in 2017. Indigenous residents looked forward to reclaiming the territories that they had been displaced from, although this would not undo the decades of environmental damage that mining has done to the mountains. However, the mining permit was instead extended for another twenty years without need for an Environmental Impact Assessment. 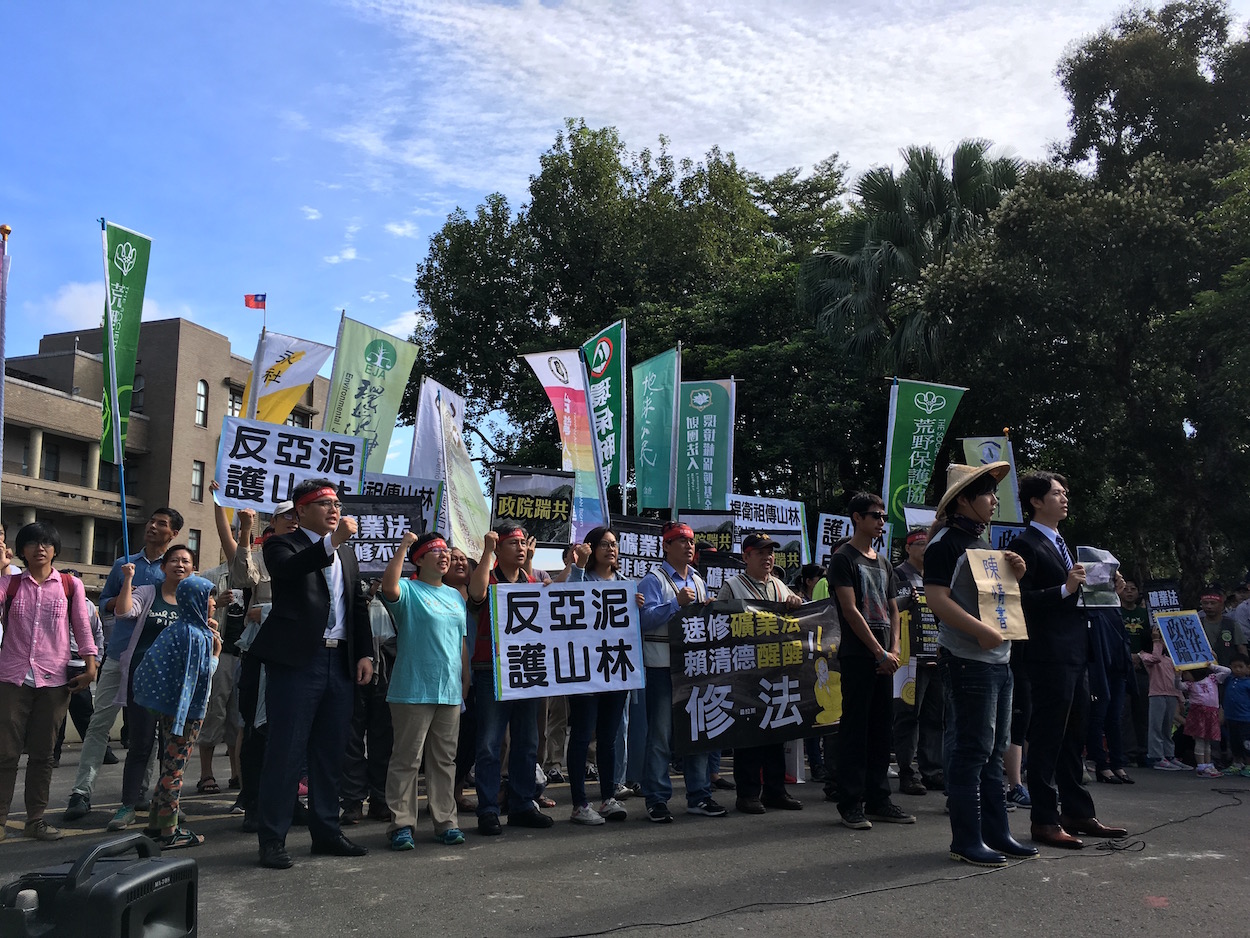 Demonstrations outside the Executive Yuan, complete with a man dressed as William Lai in front. Photo credit: Brian Hioe

In particular, due to Asia Cement’s mining permit going back to the martial law period, only a few decades after the KMT came to Taiwan, Asia Cement has attempted to defend its right to mine on the land with the claim that its mine predates modern mining regulations and contemporary administrative divisions.

On the other hand, indigenous demonstrators call for action to be taken on the issue as part of the Tsai administration’s upcoming push for constitutional reform, with calls for measures against this kind of land seizure by Asia Cement to be put in the constitution, as well as more general demands that this be thought of as part and parcel of transitional justice efforts. Indigenous demonstrators have taken to specifically calling on the newly inaugurated Lai cabinet to take action in the issue, seeing as Lai is touted as someone who will come in and fix many of the longstanding issues which previously existed under the previous Lin Chuan cabinet before a cabinet reshuffle. As such, in a demonstration last week, protesters acted out a skit of Lai coming in to “save the day” on the Asia Cement mine issue. Another demonstration against Asia Cement would be held yesterday in Hualien. 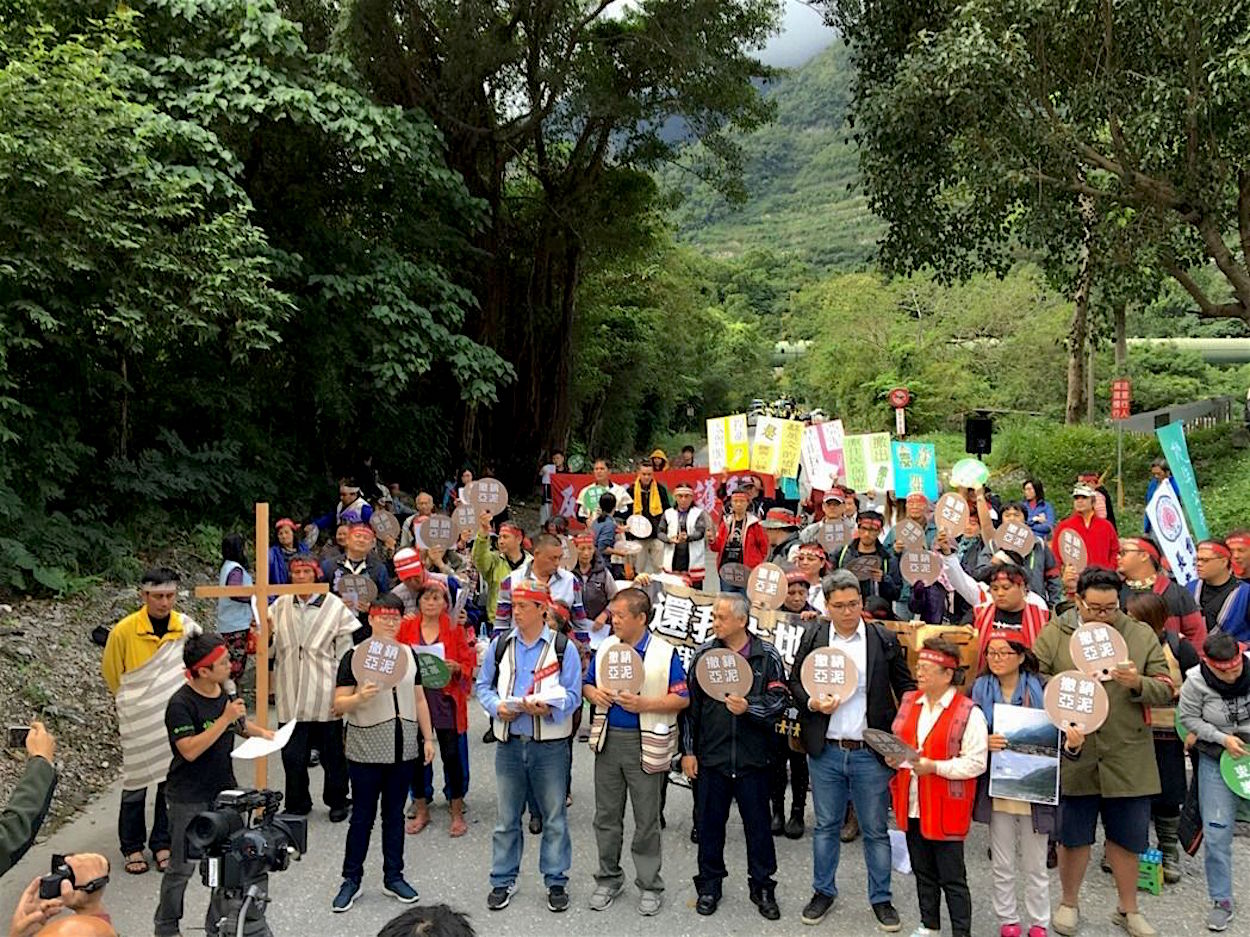 Likewise, residents of Daguan Community are currently facing eviction from their homes, despite having attempted to negotiate with the government for decades on the issue. 72 households in Daguan Community currently face the threat of eviction by the government, having built or inherited homes and having in some cases lived on the land for over fifty years, even rebuilding their homes after they were destroyed by a typhoon in 1962.

But where similar cases have taken place in past years under the Ma administration involving military veterans that came over from China with the KMT being driven off of the military dependents’ villages they had inhabited in poverty for decades, the Veterans Affairs Council alleges that the residents of Daguan Community are not military veterans or disadvantaged individuals, and is threatening to tear down their homes. Residents accuse the DPP administration of not following through on promises to build public housing for them, demonstrating outside DPP headquarter in May, sometimes pushing up against police. 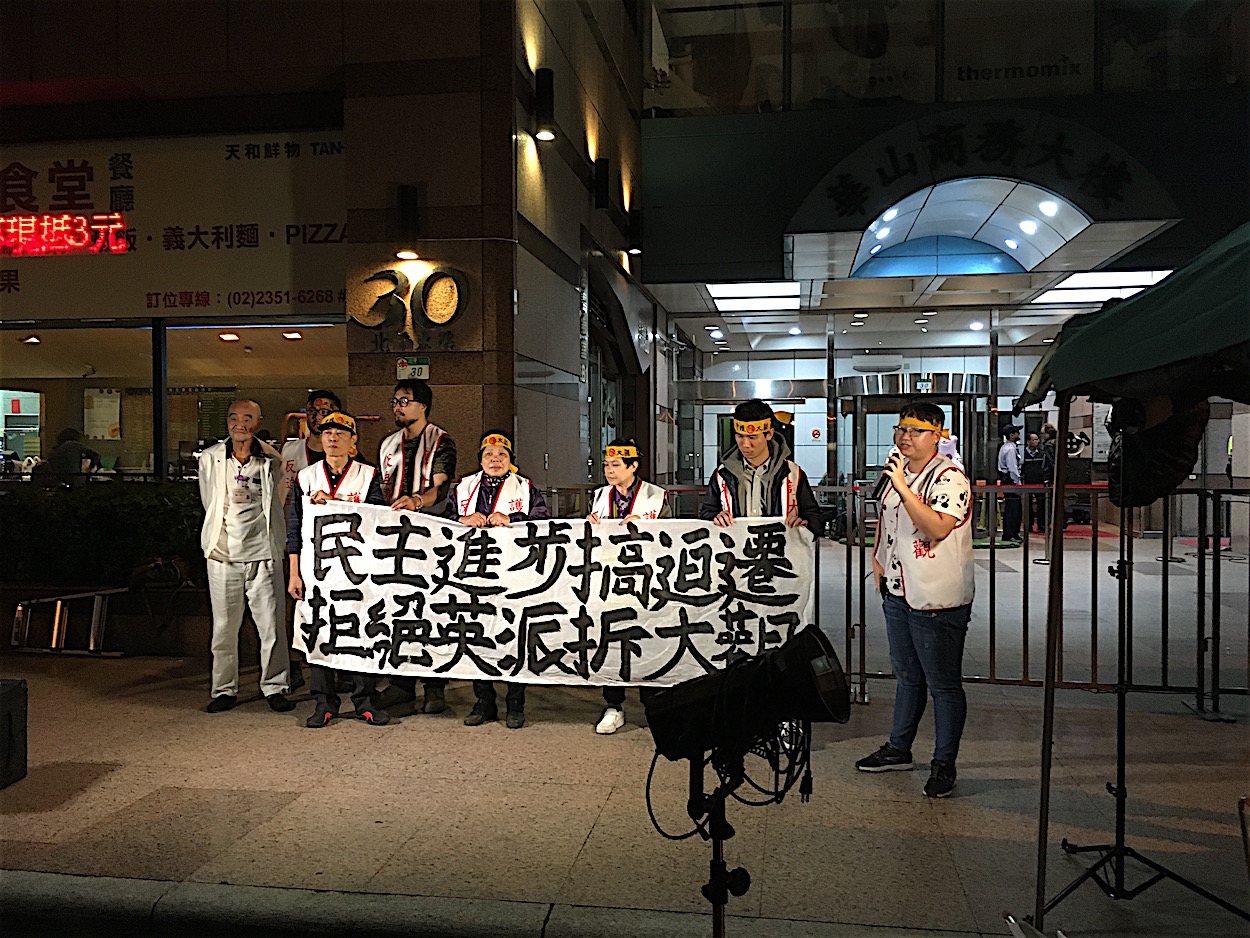 Still facing the threat of imminent eviction, Daguan Community residents began an occupation outside DPP headquarters on Tuesday night, following a concert and a press conference, in order to protest the Tsai administration, seeing as she would be attending a meeting at DPP headquarters the following day. However, Daguan demonstrators were later driven out by police. 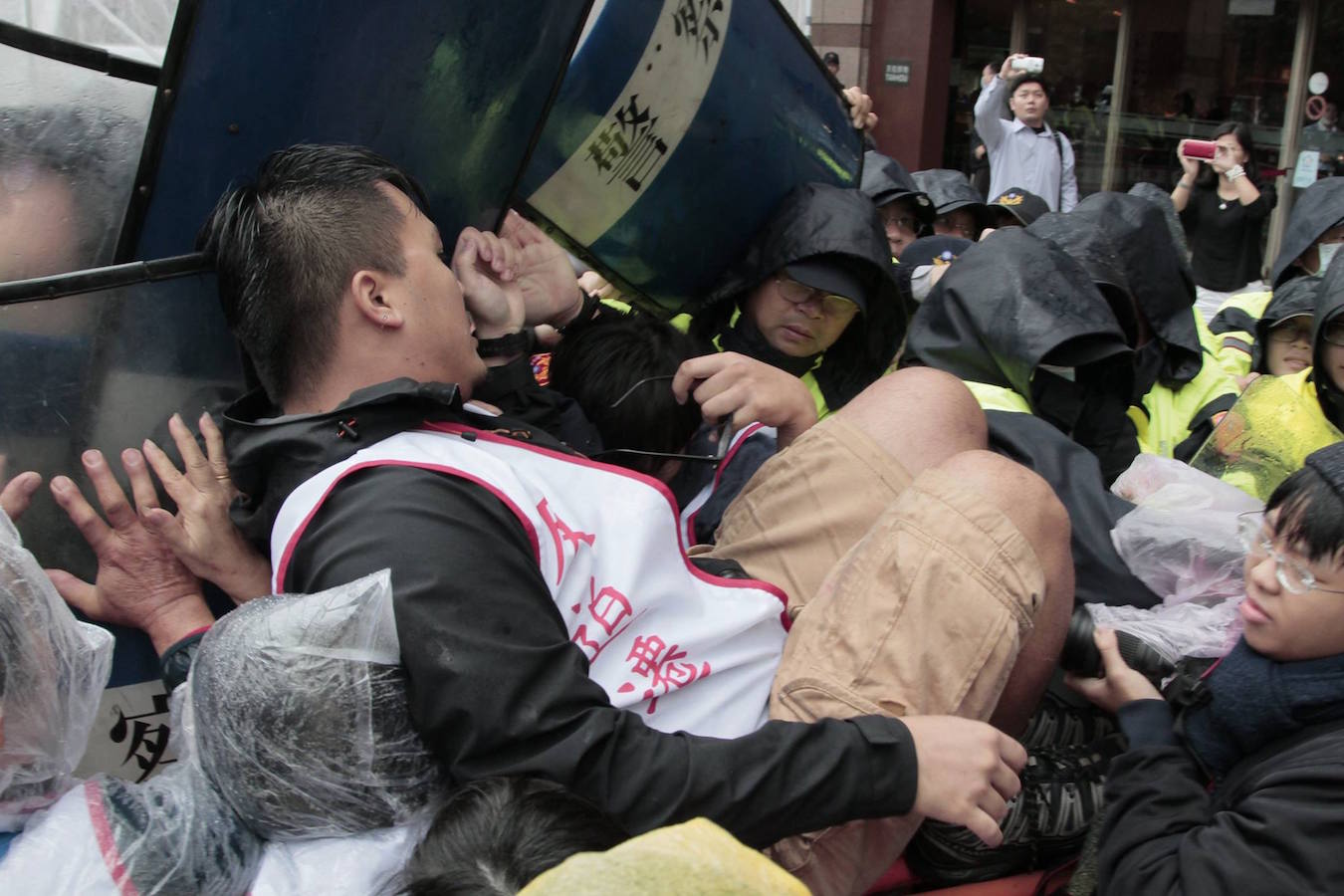 It may be that the Tsai administration largely was able to establish a moratorium on such evictions since it took office. But close to two years after taking office, this may no longer be so. The DPP has its own vested interests, too, after all, and it cannot hold them in check because it depends on them for support.

It is as such that, before the Sunflower Movement, protests against forced evictions were a major incubator for youth activism, during which youth activists were frequently critical that the DPP had proved not to be any better than the KMT on the issue of forced land evictions. Despite that protests against Asia Cement’s mine in Hualien and the planned eviction of Daguan Community have not been particularly large, the frequency of such protests, in addition to protests against the Tsai administration’s planned changes to labor policy, are noticeably on the rise. It remains to be seen if this might lead to the outbreak of larger-scale protest against the Tsai administration in the near future.