WITH ENVIRONMENTAL groups filing a lawsuit against the Ministry of Economic Affairs against the renewal of Asia Cement’s mining permit in Sincheng, Hualien, means that the struggle against the Asia Cement mine in Hualien will continue. However, after seeing 2,500 protest outside the Executive Yuan in June, as well as demonstrations from celebrities at the Golden Melody Awards earlier this year, it remains to be seen whether this struggle will bear fruit in the arena of the law.

In particular, the Asia Cement mine in Hualien is on the site of indigenous traditional territories of the Truku and so Asia Cement mine touches on both issues of environmental damage and indigenous rights, such as the ongoing struggle for the return of indigenous traditional territories. Indigenous residents cite the significant disruption of life caused by explosions from the cement plan, as well as that they were driven off their land for the mine to have been built. 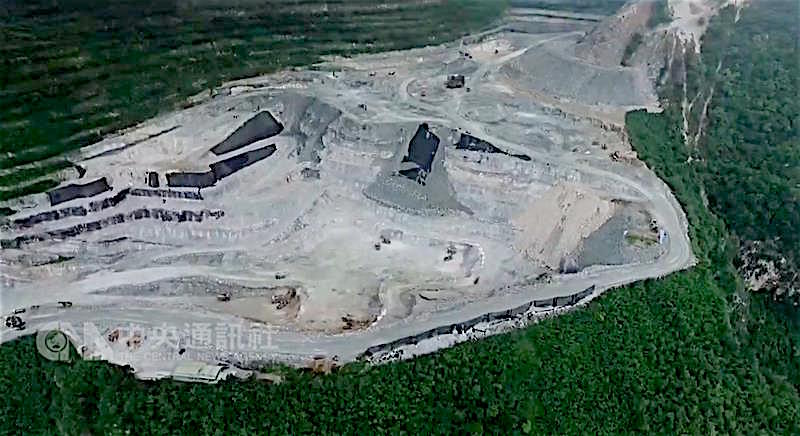 The mining approval for the mine was originally set to expire in 2017, having originally been approved in 1973, but was renewed last March for another twenty years without need for an Environmental Impact Assessment. Asia Cement claims that it has compensated indigenous duly for the right to use their land and cited the fact that half of its workers are indigenous. At the same time, Asia Cement has sought to defend itself with the claim that its mine predates modern regulations, as well as contemporary administrative divisions.

Asia Cement previously maintained mining facilities that extended 25 hectares within Taroko Gorge, a national park, this mine having existed before Taroko Gorge was declared a national park in 1986. Asia Cement has been operating mines in eastern Taiwan for over 60 years, over 80% of cement production taking place in eastern Taiwan, and the Hualien site comprises 29% of cement production in Taiwan. Asia Cement is a part of the Far Eastern Group, one of Taiwan’s largest conglomerates, which owns everything from Pacific Sogo Department stores to FarEastOne telecommunications, one of Taiwan’s largest cell phone providers.

This would be a familiar conflict, with large-scale corporate developmentalism pitted against indigenous rights and environmental protection. Nevertheless, recent outrage against Asia Cement has been prompted by the death of award-winning director Chi Bo-Lin in a helicopter crash in June. In his documentary “Beyond Beauty: Taiwan From Above”, Chi honed in on environmental damage to Taiwan’s natural landscape, including the Asia Cement mine, prompting public outrage against Asia Cement.

Shortly before his death, helicopter footage by Chi showed that the Sincheng mine’s operations had expanded despite the backlash. A renewed wave of outrage following Chi’s death later led Asia Cement to take out full page ads stating that it would reduce its mining operations to 250 hectares in Hualien, 150 hectares less than the 400 hectares it was permitted by the renewed mining regulation, and a reduction of 40%. Asia Cement also claims that it no longer maintains mines in Taroko Gorge itself. 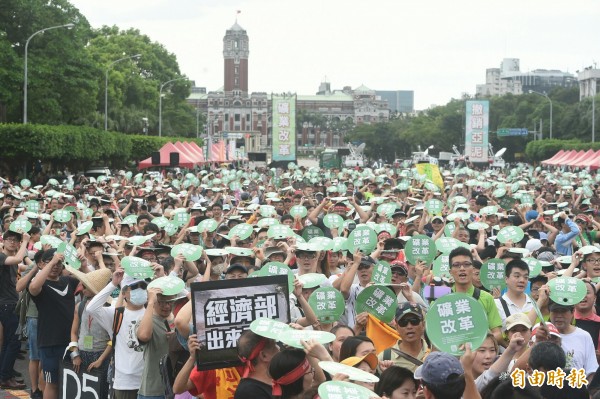 Nevertheless, either way, regardless of whether Asia Cement will follow through with its promises, the existing mines were disruptive enough to the lives of Truku in the area, as well as damaging of Taiwan’s economy. Likewise, the Taiwanese government has in fact, sometimes championed Asia Cement as a model of ecologically friendly development in spite of how Asia Cement was able to sidestep an Environmental Impact Assessment through renewing its pre-existing mining permit. Much of Taiwan’s mining industry has not undergone modern environmental assessments and sometimes is is accomplished with the willing aid of a government all too willing to assist big business if this means economic development for Taiwan.

As for changes to this to take place, indigenous and environmental groups demand reforms to the Mining Act. It remains to be seen whether this will be followed through with by the government as well as whether this is successful in pushing for reform of Taiwan’s mining industry.

COVID-19 Cases in Taiwan Holds Steady at 441 Cases, With 43 Days Since Last Case of Domestic Transmission

Statement by Tsai Ing-wen Is Vague at Best, at Worst Is Aimed at Cutting Ties With Hong Kong