In The Event Of Independence, Taiwan Would Face The Same Criticisms As Catalonia

NEWS OF SPANISH imposition of direct rule on Catalonia following Catalonia’s declaration of independence is not truly surprising. The state, after all, is that which has monopoly on violence held to be legitimate and it is not surprising that the Spanish government would seek to crack down on what it perceives to be separatism.

Catalonia’s cause has drawn much sympathy from the world. But there are those who have justified Spain’s actions with the view that Spain is acting within its legitimate legal rights. Certainly, that is true, given that most countries in the world, including Spain, forbid separatism and have last justifying the use of violence to put down separatism. Given that Catalonia is a more wealthy than Spanish regions, others have attempted to situate Catalan independence in line with Brexit or similar right-wing nationalist secession movements from the European project, with the view that Catalonia simply does not want to pay higher taxes to poorer Spain or simply demands independence because of its relative economic privilege. 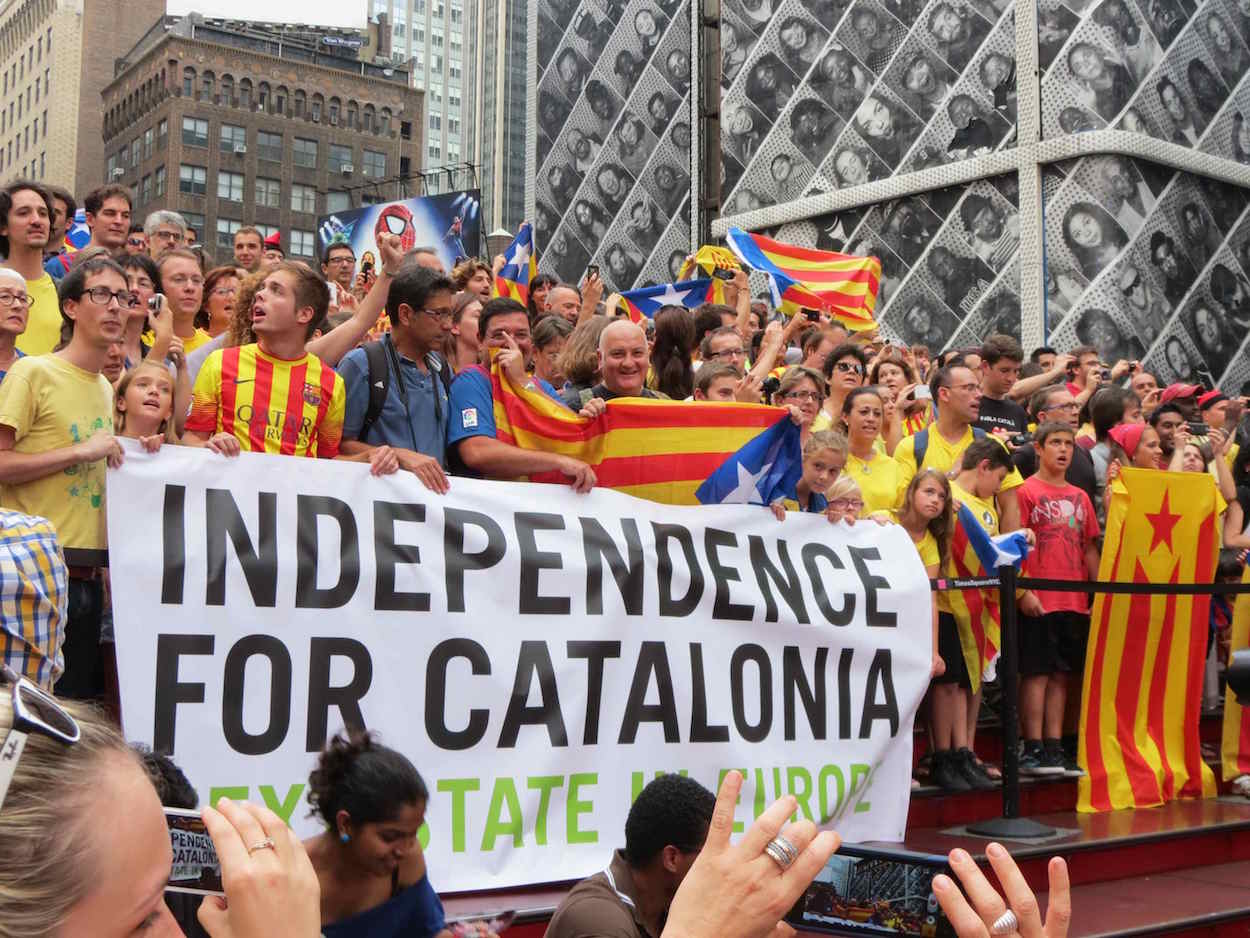 And so what are the lessons to be drawn here from Taiwan? Some reject comparisons between Catalonia and Taiwan given that Taiwan is de facto independent of China whereas Catalonia was previously a territory of Spain with some measure of autonomous self-rule but which is not de facto independent. Nevertheless, one does well to note that this has not prevented such comparisons have become widespread in Taiwan anyway, and that if one rejects comparisons between Taiwan and Catalonia, one should also reject frequently seen comparisons between Taiwan and Hong Kong. And oftentimes, the attempt to distance Taiwan and Catalonia reflects the longstanding tendency for supporters of Taiwanese independence to claim that Taiwan is exceptionalist to all other self-determination movements rather than to claim common cause.

But what is a valuable lesson for Taiwan is in part that the criticisms of Catalan independence are more or less the same longstanding critiques made of Taiwanese independence. In the event of a stronger push for independence in Taiwan, these same criticisms will almost certainly be made against Taiwan.

There are those who will no doubt cite Chinese law to justify Chinese action against Taiwan, claiming that this is within China’s just legal rights to prevent separatism, and that this is merely the way internationally recognized law works. Seeing as that international law is hardly absolute sacred right, but in reality merely reflects and justifies the interests of the powers that be, it may not matter for such individuals that the last time the Chinese mainland and Taiwan were ruled by the same political entity was last in 1895. In the event of Taiwanese independence and possible Chinese attack on Taiwan, one will certainly see such claims. This is particularly seeing as given Taiwan’s international obscurity, the majority of the world probably does not know Taiwan’s international status anyway and may imagine Taiwan to be de facto under Chinese rule. Attempts to claim that Taiwan differs from Catalonia on the basis of its de facto independence and in that way claim that the world should support Taiwan when it should not support Catalonia may be founded on the rather futile belief that the majority international community knows what Taiwan’s relatively unique geopolitical circumstances are to begin with. 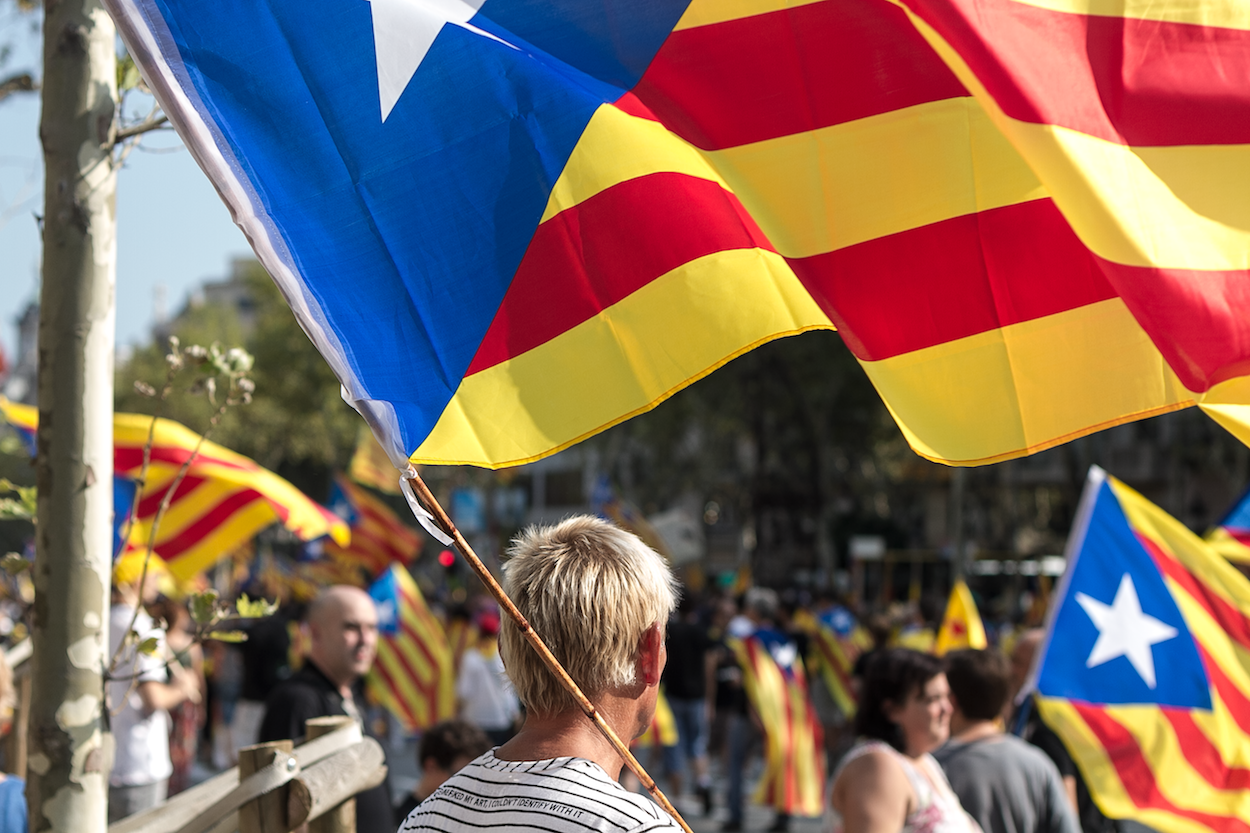 Likewise, there will be those that situate Taiwan’s independence movement in line with right-wing separatist nationalism along the lines of simply not wanting to pay taxes or be dragged down by China’s economy. After all, even if Taiwan is dwarfed by China’s economy, the standard of living in Taiwan is higher than in China and many business owners of large Chinese companies are Taiwanese. Attempts to maintain Taiwan’s de facto independence and democratic system of governance will be dismissed as merely economic privilege, seeing as much of the world actually still understand Taiwan-China economic ties as consisting of economic exploitation of Taiwan by China, caught in a view of Taiwan’s economy relative to China from several decades ago. Much as with Catalan identity or culture, attempts will be made to dismiss Taiwanese identity, history, and culture on the basis of economically reductionist argumentation.

And much as some have justified Spanish actions by citing that Catalan independence would disrupt the unity of the European project, usually forgetting itself that the European project is a neoliberal one and that, as seen in the imposition of extractive economic policies on Greece, it can be authoritarian one, one can expect to see similar arguments about China with regard to Taiwan.

There are many in the world who see Chinese authoritarianism in a surprisingly rosy light and because of the view that Taiwan and China are the same culturally and linguistically, some will paint Taiwanese independence as a nationalist-driven effort which is irrationally disruptive to greater “unity”, seen as a basic principle and an absolute good. One needs remember that the view that “unity” versus “separatism” is an absolute good could even lead to fuzzy thinking on the matter of Chinese authoritarianism. 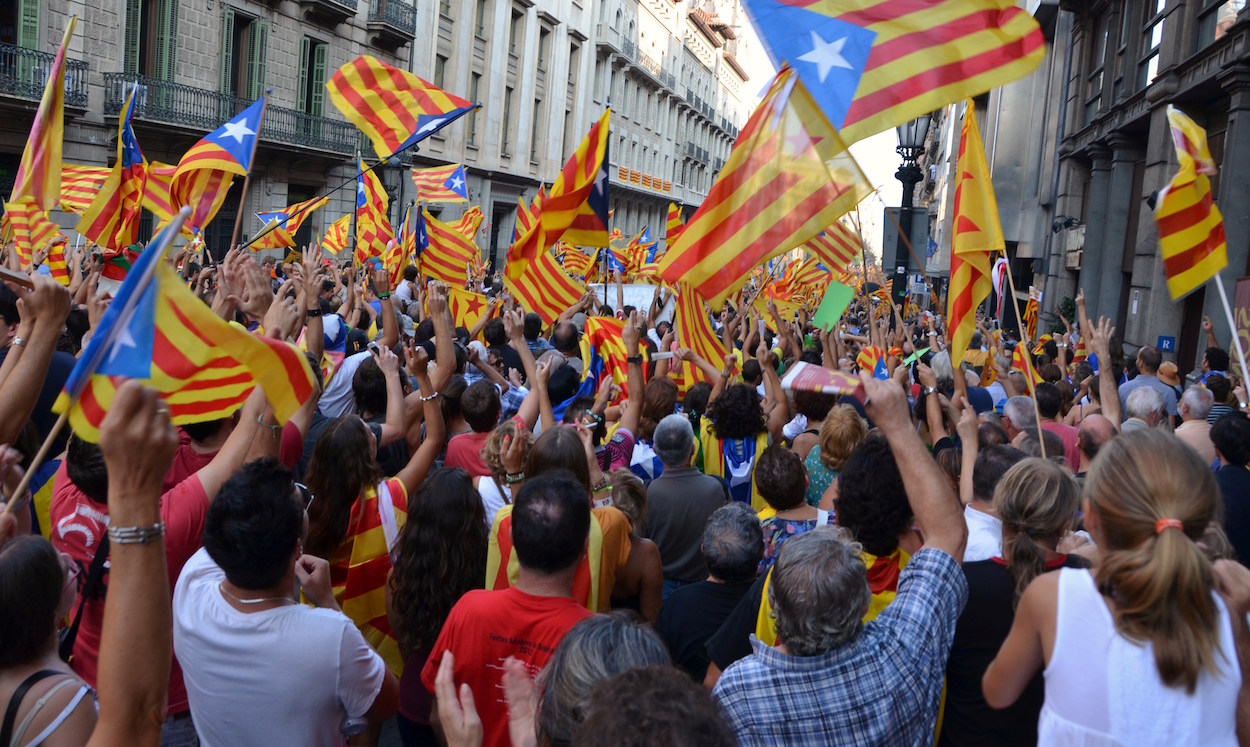 The ultimate lesson for Taiwan from Catalonia, then, would be that even in the event of a Chinese attack on Taiwan and that even in spite of Taiwan’s de facto independence, this does not necessarily mean the world will be sympathetic. Sometimes members of the international community are simply not so sympathetic to a group of people with democratic aspirations, in seeking to organize themselves along as they would and making political decisions for themselves. Taiwan will need to do some thinking about how to attract the sympathy of the world in its drive towards independence. Although certainly, there may have probably been more sympathetic responses to Catalonia than unsympathetic responses internationally, this proves another lesson that Taiwan should draw from the example of Catalonia.