RCA Court Ruling A Victory For Workers, But What Now?

A RULING BY the Taiwan High Court in favor of RCA workers whose health was affected by industrial pollution is a victory, not only for RCA workers but for Taiwanese labor overall. A landmark case in Taiwanese labor, the case is also a case with few precedents in Taiwanese jurisprudence, as a class action lawsuit with hundreds of plaintiffs. Subsequently, it remains to be seen what will come next for efforts to secure justice for RCA workers.

RCA employed thousands of workers in Taiwan between 1970 and 1992, through a Taiwanese subsidiary of the American company, the Radio Corporation of America. However, industrial pollution from the RCA plant in Taoyuan led to 78 deaths caused by the pollution, and 237 of the 529 workers involved in the case developed cancer or related illnesses. In part, the reason as to why the case would become so well known is because it involves an American company whose actions permanently damaged the health of Taiwanese workers. Based on environmental assessments previously conducted by RCA, many believe that RCA was aware of the pollution but did nothing about it. 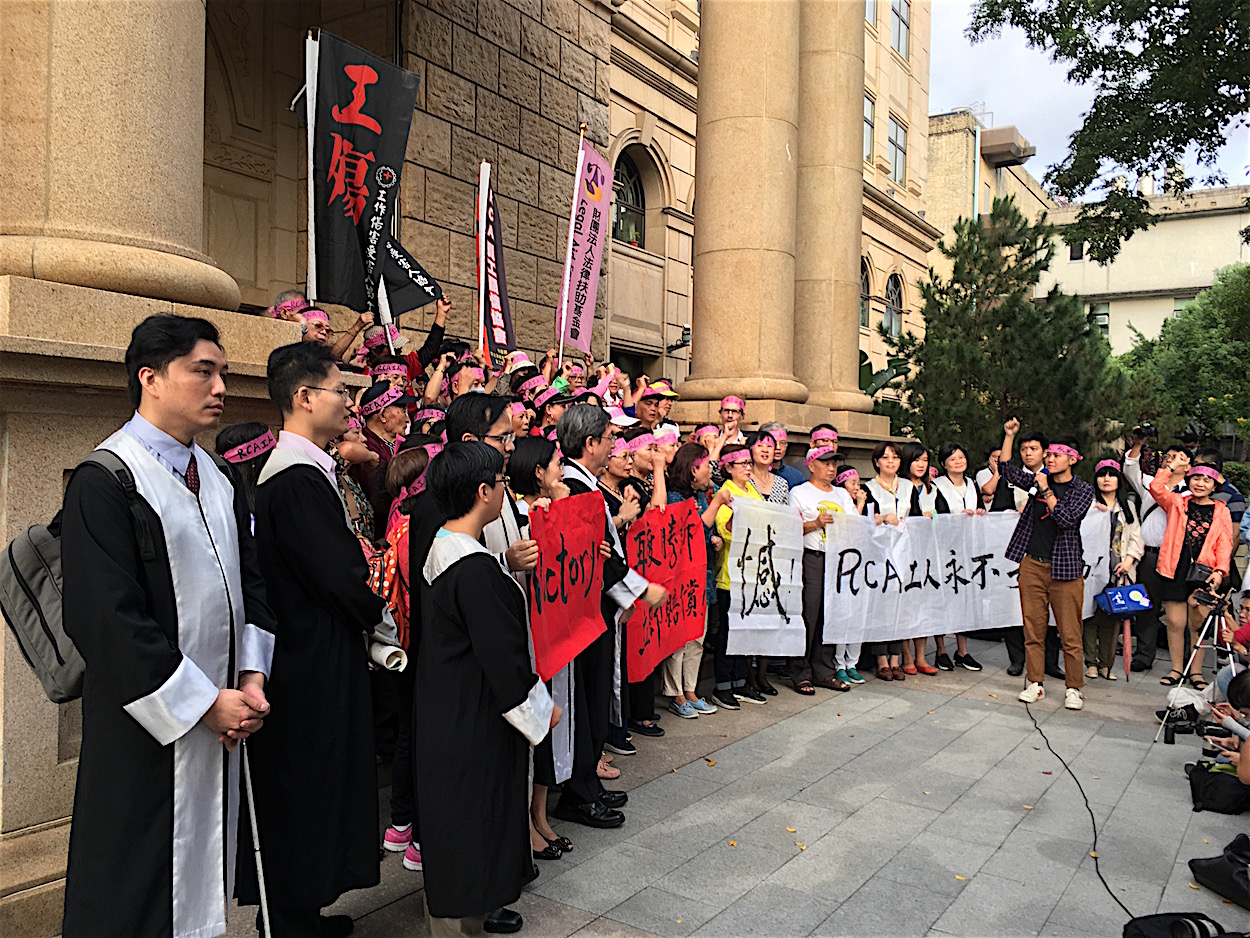 The High Court ruled that RCA will need to pay 718.4 million NTD to RCA workers and their families, including the family members of deceased RCA members. This is an increase from a previous ruling in the amount of 564.45 million NTD in 2015 and more RCA workers were included in the ruling than before. Nonetheless, this is still far from the 5.5 billion NTD that workers originally demanded.

The court ruling also added GE to the list of responsible parties for the industrial pollution that RCA workers’ health was affected by, seeing as GE was the owner of RCA at the time when workers were working at the RCA factory in Taoyuan. Previously, the Taiwan High Court did not include GE in the list of responsible parties because the Taiwan High Court was unable to deduce whether RCA was owned by GE at the time.

Indeed, despite that it seems fairly basic that when RCA was under investigation, a legal body such as the Taiwan High Court should be able to figure who RCA is owned by, the corporate ownership of RCA was something that RCA and its lawyers were at odds to hide and RCA’s status as a multinational corporation made it difficult to track down ownership from the Taiwan side. In the course of the case, RCA’s lawyers also did not provide the relevant contract showing ownership, claiming that the company contracts contained corporate secrets. Given the progress of the case over the course of several decades, following the rise of the Internet it became easier to deduce RCA’s ownership.

Following the ruling, RCA workers, labor activists, and the pro bono lawyers from the Legal Aid Foundation reiterated the hardships of pursuing the case through a sustained period of time, as well as the challenges of facing down a multinational corporation with vastly more resources than RCA workers and their allies. RCA workers also stressed that it is ultimately questions of justice that they are pursuing, not monetary compensation, which cannot compensate them for the lives lost or the permanent damage to workers’ health and is in reality small change for RCA. In this light, RCA workers also stressed that while they are happy with the ruling, there is also some degree to which they remain dissatisfied with it and that the ruling comes too late for those who have already passed away. 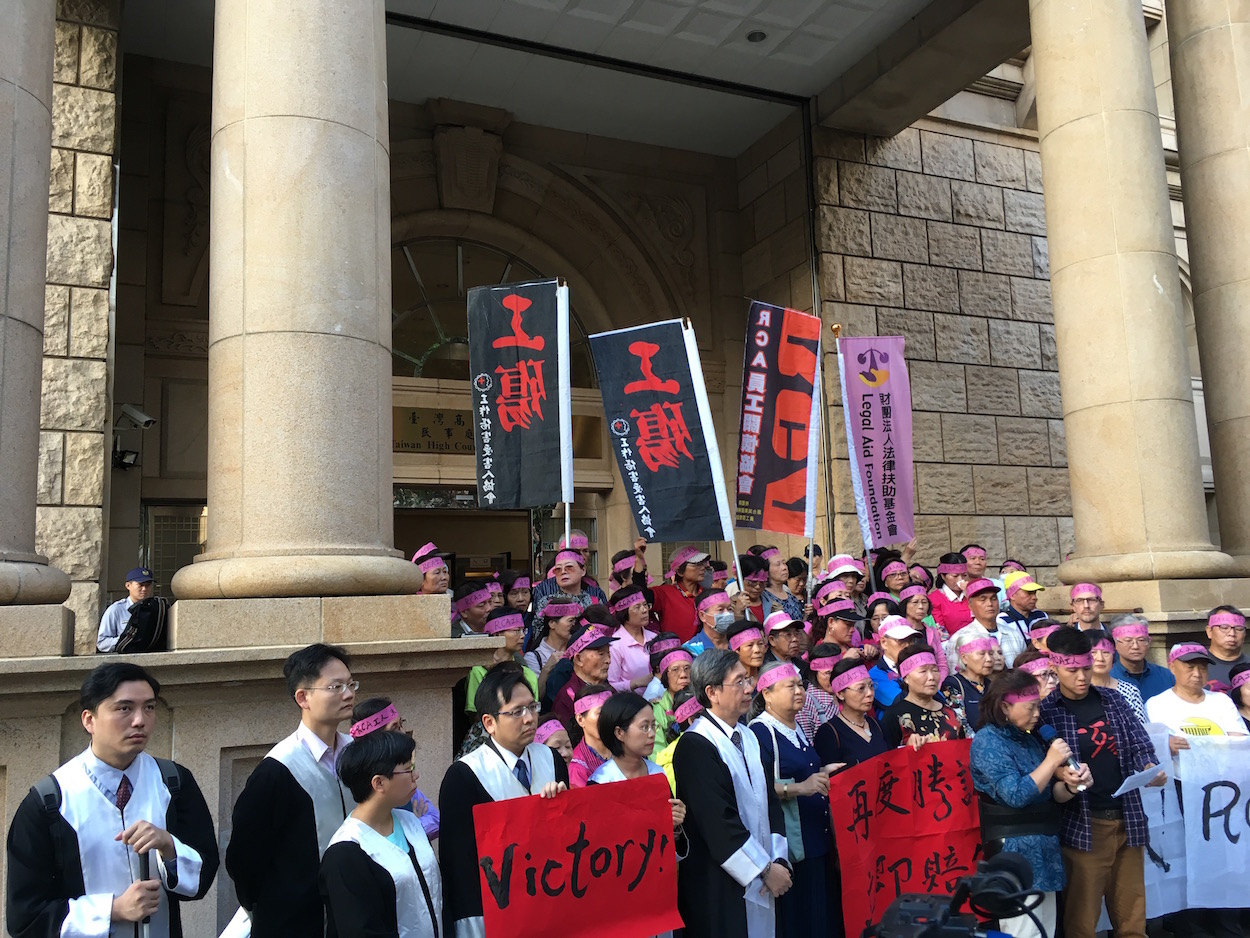 But this may not be the end of the struggle yet. Firstly, RCA may still appeal the ruling and very likely will. Secondly, a second case involving 1,000 RCA workers still need to be resolved, although the successful ruling will no doubt be beneficial to them. Until the case became widely known in Taiwanese society, many workers did not realize that the symptoms they had developed were probably caused by industrial pollution from the RCA plant. Seeing as the court could not wait indefinitely for every suffering worker to join the case, it was impossible to add further workers to claimants beyond a certain, requiring 1,000 workers not included in the first case to be handled separately.

So the struggle for justice for RCA workers will likely continue for some time to come. In truth, the RCA case is likely far from the only example of a similar incident in Taiwan, but simply the best known one. And as a case involving the exploitation of the workers of a third world country by an American company, the RCA case is hardly exceptional. Perhaps, then, the RCA case ultimately should call attention to larger, structural matters facing Taiwan and other countries.