TAIWAN’S MANY Buddhist, Daoist, and New Age religious cults are in the news once again, with a recent wave of mockery by Taiwanese netizens directed at Miaochan, the spiritual leader of the Rulaizong Buddhist organization, which claims to practice Zen Buddhism. Rulaizong reportedly has 80,000 to 110,000 members in Taiwan, each of which pay 1,000 NTD to 2,000 NTD from the organization monthly. As a result, Miaochan is thought to have a yearly income of over 72 million NTD from his organization and monthly donations of over 86 million NTD.

What has prompted mockery from netizens, however, are reports that Rulaizong members recently purchased two Rolls Royces for Miaochan in order to keep their leader happy. This is hardly the first incident in which Rulaizong members have been accused of gifting Miaochan with expensive gifts, including a 3 million NTD jade pendant that Miaochan is often seen wearing. However, this has led to a wave of mockery of Miaochan and Rulaizong, including the resurrection of Miaochan’s nickname of “Seafood,” taken from Rulaizong members’ addressal of Miaochan as “Miaochan Shifu” (Master Miaochan) as a riff off of the pronunciation of “Shifu”, a number of photoshops of Rulaizong religious ceremonies, and a parody video featuring Miaochan as an EDM DJ under the name “DJ Seafood”. 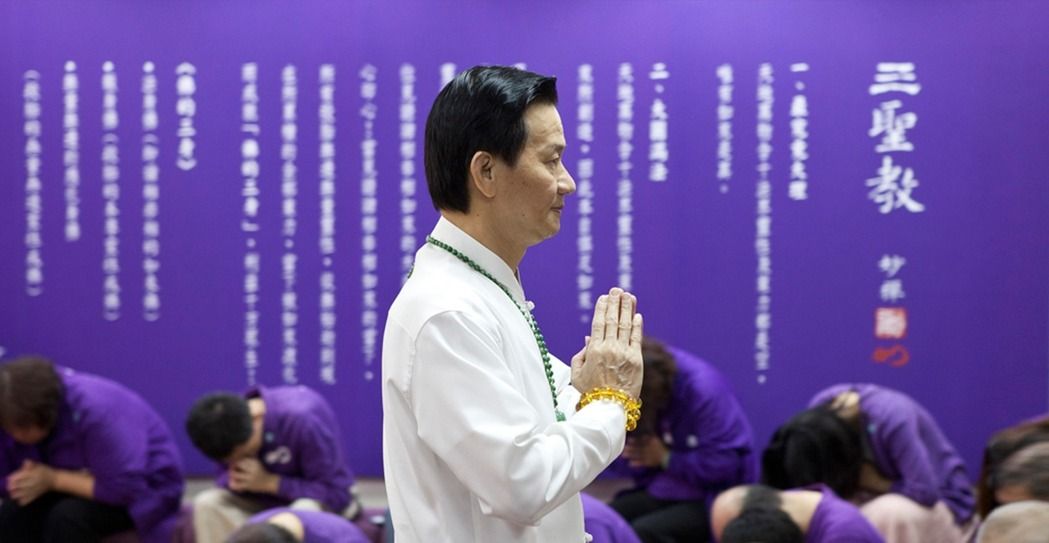 Miaochan, a former stuntman and briefly a low-level KMT cadre member whose real name is Liu Jinlong, claims to have achieved enlightenment after studying under Zen Buddhist master Miaotian, whom Miaochan was involved in a lawsuit against the 1990s purportedly regarding Miaotian’s selling of products as part of his religious practice and Miaochan’s disagreement with this practice. Nevertheless, similar controversies have dogged Miaochan for years, particularly regarding accusations that Miaochan pockets bus fees from rental of Rulaizong religious centers and for the buses that members take to and from Rulaizong religious centers.

Rulaizong operates 30 temples across all of Taiwan, as well as operating student groups in over 100 universities. Attesting to the reach of the organization in society, Yuanta Bank even features a special credit card just for Rulaizong members.

Indeed, religion is deeply bound up with politics in Taiwan, with members of the pan-Blue camp seeming particularly prone to connections with dubious Buddhist, Daoist, or Chinese traditional religion groups in line with the pan-Blue camp’s Chinese nationalism. The widespread worship of the goddess Mazu is sometimes also used as a means to advance Chinese identity in Taiwan, given that Mazu is originally a Chinese goddess from Fujian. However, members of the pan-Green camp have also been caught up with unusual religious groupings in the past, as observed in Frank Hsieh’s unusual connections with religious leader Sung Chi-li, a purported miracle worker who was arrested on charges of stealing several hundred million NTD from his followers in 1997, but later appealed on charges of religious persecution. 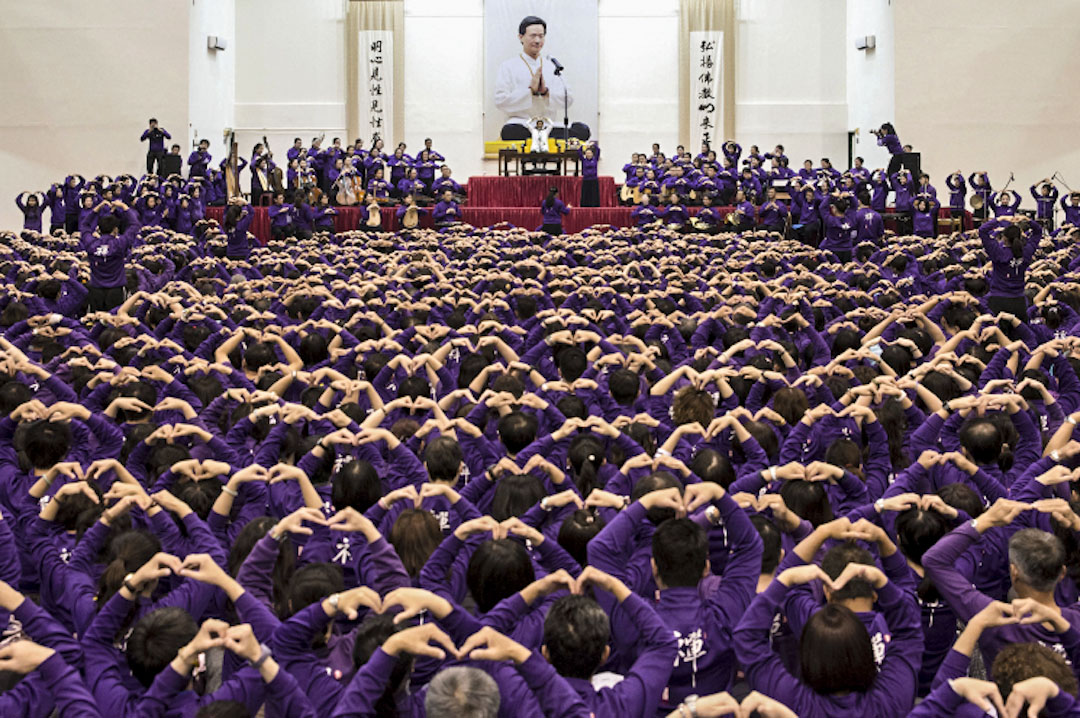 Nevertheless, many large religious groups operate within Taiwanese society conducting affairs much as for-profit businesses do, in preying on the weak, vulnerable, and lost in society, bilking them of their money, and more or less brainwashing them into obedience. Other large religious groups such as Tzu Chi and Fo Guang Shan have also been accused of operating like businesses, lacking transparency in their finances, or even outright exploiting the poor. At other times, religious groups with a background in traditional Chinese forms of religion, such as Fo Guang Shan or Rulaizong, have waded into pro-China politics through support of KMT and pan-Blue groups.

And, apart from groups with a basis in traditional Chinese religions such Tzu Chi, Fo Guang Shan, and Rulaizong, which are ostensibly all Buddhist organizations, New Age religious groups such as Scientology, Raelians, or a variety of UFO cults have also taken root in Taiwan and share similar practices. Indeed, such cults were a particularly strong social phenomenon in the early 2000s, with a rise of millenarian groups worldwide. But what these share with older groups are similarly exploitative practices, a top-down structure in which a cult leader figure rules over the group but is apparently exempt from its rules, and group indoctrination internally.

Nevertheless, it is difficult for police to crack down on such groups because a large amount of their finances come from donations, and as religious groups, the police do not want to be perceived as cracking down on religious freedom in Taiwan. And, in the end, so long as social alienation continues to exist in modern society, one suspects that individuals who feel marginalized from society will continue to be drawn to religious groups that seem to offer them salvation from their personal woes and a support network. Ultimately, so long as this continues to be a failing of modern society, one does not see such religious groups going away anytime soon, whether in Taiwan or elsewhere.