A DECISION TO avoid rocking the boat would seem to have been the primary result of the DPP’s annual National Congress meeting this weekend, with the DPP under Tsai Ing-Wen not taking any decided stance regarding issues ranging from whether the DPP would endorse non-DPP candidates as Taipei mayor Ko Wen-Je in 2018 elections, and the campaign for a pardon of former president Chen Shui-Bian within the DPP. Likewise, although Tsai vowed to push for constitutional reform, the DPP has not actually settled longstanding issues of what stance the DPP will take regarding the call for reforming the constitution or writing a new constitution, an issue deeply tied to Taiwanese independence seeing as writing a new constitution which is not the ROC constitution could be seen as a way of realizing Taiwanese independence but reforming the existing constitution is usually not.

Prior to the National Congress, the DPP’s Central Executive Committee pushed for the “Ko Wen-Je clause” in order that in future elections, the DPP’s election strategy committee will choose between contenders for a political position if there are multiple candidates, following which the party chair will have to approve such choices, followed by the executive committee. This seems to open up the possibility of the DPP endorsing non-DPP candidates in future elections. At present, it is hotly debated whether the DPP will endorse Ko Wen-Je as candidate for Taipei mayor if Ko seeks reelection, given Ko’s reputation for unpredictable actions and frequent gaffes, as well as Ko’s currently high approval rating but also the fact that Ko’s approval ratings rapidly and unpredictably fluctuate. 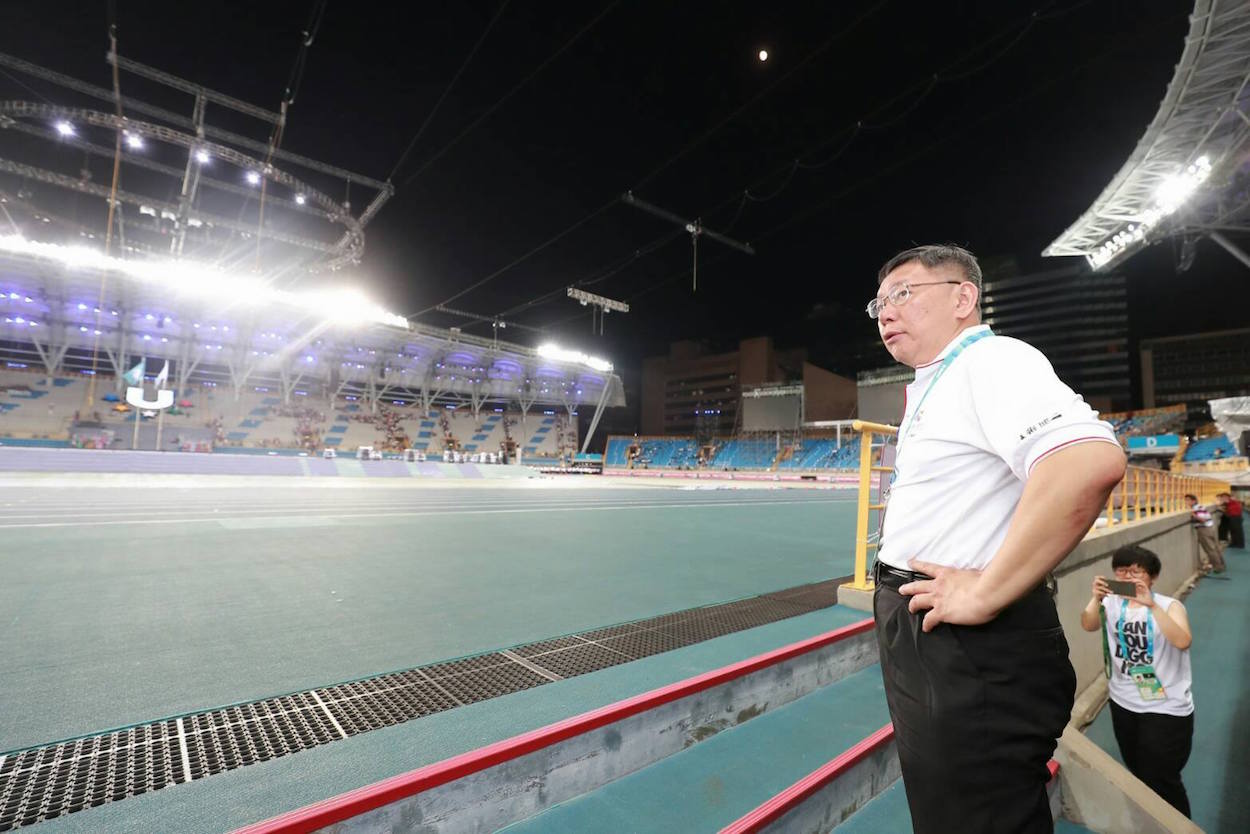 Nevertheless, the question of whether the DPP will support non-DPP candidates will also be a question with regard to the NPP, an issue which may be forced by the upcoming recall vote facing NPP chair Huang Kuo-Chang due to his strong stance in support of gay marriage from opponents of gay marriage, a divided issue within the DPP despite past promises by Tsai Ing-Wen that she would legalize gay marriage. Indeed, the question of future endorsements by the DPP in part stems from that it was an initiative of Tsai Ing-Wen’s during 2016 elections to support non-DPP candidates as a way to try and win over the youth vote to the DPP, something that not all within the party agreed with. It seems that the DPP is either undecided on the issue or wishes to be strategically ambiguous until closer to 2018 elections.

Likewise, some in the party continue to urge for a pardon for former Taiwanese president Chen Shui-Bian, who has been jailed on charges of corruption since the end of his term in 2008, but was released on medical parole in 2015. While Chen is no longer imprisoned, restrictions remain on his participation in political activities and it was previously a matter of controversy as to whether Chen would be allowed to attend high-profile events such as the Taipei 2017 Summer Universiade opening ceremony or even the 2017 National Congress of the DPP itself.

Some members of the DPP and pan-Green camp dispute charges of corruption against Chen as political persecution from the KMT, but the charges facing Chen continue to be a matter which divides Taiwanese society. The campaign within the DPP urging Tsai to pardon Chen as president claimed in the lead-up to the National Congress that 505 of the DPP’s 590 party representatives supported pardoning Chen, but the DPP instead steered clear of the issue during the National Congress. Although 366 party representatives were present for the opening of the National Congress, this abruptly dropped to 135 when the motion to pardon Chen came up, far short of the quorum of 295 out of 590 representatives needed to pass the motion. Again, as the charges against Chen continue to be divisive of Taiwanese society, very likely Tsai Ing-Wen and the DPP wished to avoid the issue. Having Chen remain de facto free after a release on medical parole which took place under the Ma administration but unable to directly attend political events is probably the situation which seems least likely to prove disruptive to the Tsai administration and the situation that Tsai wishes to maintain. 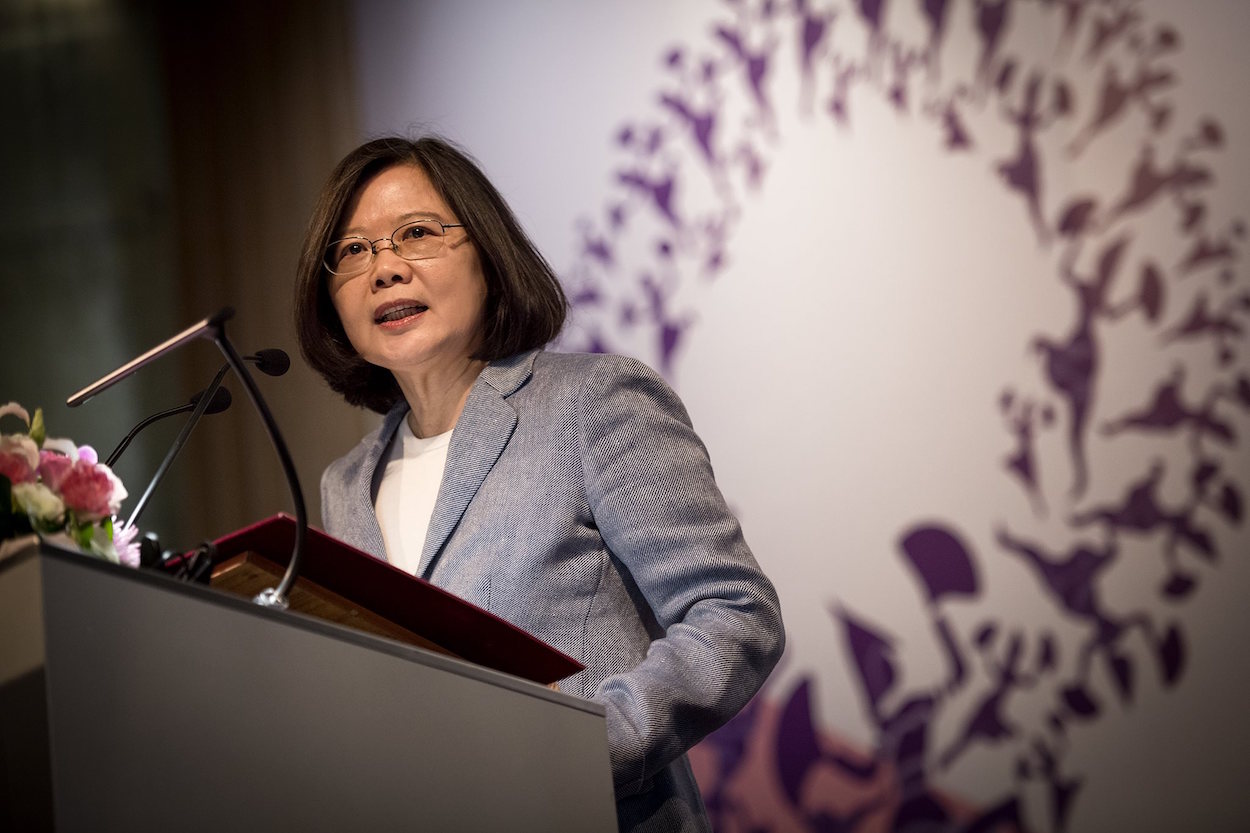 Certainly, Tsai Ing-Wen did not suggest replacing the ROC constitution during the National Congress, despite growing calls from Taiwanese civil society that this must take place for the sake of Taiwan’s future. But it may be that, as with calls for realizing transitional justice that the Tsai administration answered through focusing on the more politically safe issue of addressing the 228 Massacre versus the White Terror as a whole, given that culprits of the White Terror may still be alive or even still serve in government while the culprits of the 228 Massacre are safely dead, Tsai actually wishes to push for constitutional reform as a way to quell calls to replace the ROC constitution entirely while still seeming as though she is making significant changes.

Or, despite Tsai claiming the necessity of constitutional reform, it is possible that Tsai also wishes to defer the issue. This would be much the same as when the DPP deferred on when it was previously called for within the party that the DPP remove the Taiwanese independence clause from its charter—something which would be viewed as a betrayal of the core values of the DPP by many despite that the DPP has long since moved away from open advocacy of Taiwanese independence.

Either way, the results of the DPP’s 2017 National Congress are primarily that the DPP does not wish to rock the boat on key issues and instead will play a game of watching and waiting. The DPP will maintain its current holding pattern. A generous interpretation of this is that the Tsai administration and DPP does not wish to show its cards just now and a less generous interpretation would be that the Tsai administration is as overly cautious and indecisive as ever. Both remain to be seen.