As such, this would be a case in which white conservatives have sought to use Asians as a means to front their own attempts to overturn affirmative action programs. Perhaps unsurprisingly, the Trump administration has gotten involved, with the Department of Justice stating that it would be investigating the case. The Trump administration rose to power through attracting white voters with a narrative of white victimization, particularly regarding claims that illegal immigrants were stealing jobs from hard-working white Americans, and this is another case in point. However, this time around, the Trump administration and its allies have embraced the tactic of using Asian-Americans as a cover for their demands.

It is true that token notions of diversity as undergirding the liberal argument for affirmative action are, in fact, problematic, a form of commodifying diversity, and ultimately return to the structural failures of resource distribution in America’s higher educational system. But, while the Trump administration, Edward Blum, and their ilk has been quick to leap onto the minority-blaming and racist narrative that black and Latinos lead to white disenfranchisement from institutions of higher educations, such disenfranchisement, if it happens, occurs far more often at the hands of the rich rather than from immigrants. What the Trump administration, Blum, and others instead are engaging in is the time-tested strategy of American white elites in pitting minorities against each other to maintain their own chokehold on economic and social resources, particularly in the age-old strategy of using Asian-Americans as a wedge against blacks and Latinos, a means of dividing and conquering.

One observes a forerunner of current controversy, for example, in the odd phenomenon of protests claiming that NYPD officer Peter Liang, who shot and killed Akai Gurley, a 28-year-old black man, in 2014 was a target of racial discrimination in his prosecution, never mind that Liang shot an unarmed man, and then left him to bleed out without attempting to assist. Such protests evidenced a large composition of first-generation immigrants and were in part coordinated directly from China—notably, one pro-Liang rally I witnessed while reporting on the incident began with musicians first accidentally playing the Chinese national anthem before switching to the American national anthem. When these groups came into conflict with second-generation Chinese-American and Asian-American groups regarding their view of Liang’s actions, such individuals were accused of being “Han traitors.” And, unfortunately, the strategy of pitting Asian-Americans against blacks and Latinos as a divide and conquer strategy sometimes does work. Oftentimes, pro-Liang groups evidenced racism against blacks and Latinos, with individuals I spoke to at rallies claiming that blacks and Latinos were thugs violent and discriminatory against Asians. 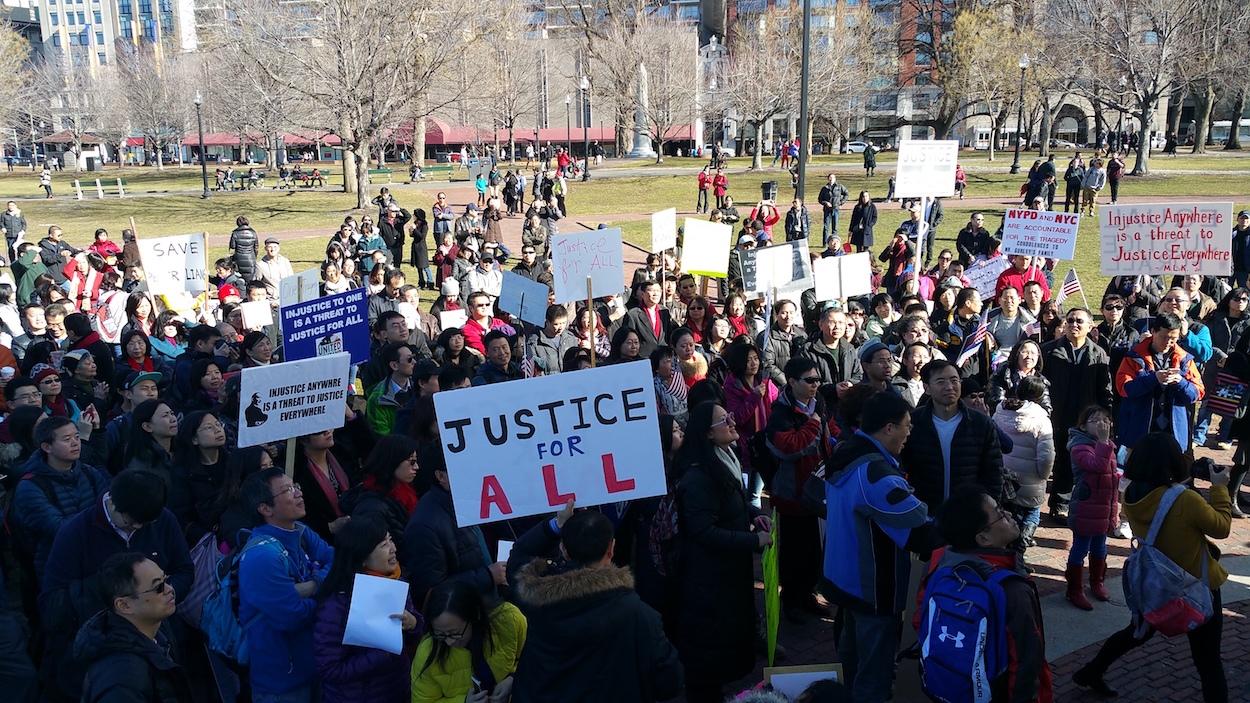 And so, while it is true and has to remembered that the so-called current challenge to affirmative action by Asian-Americans is, in fact, white conservatives using Asian-Americans to push their racist agenda of white supremacy, this also does point to challenges to overcome in future Asian-American activism. This may be the task at hand for Asian-American organizers at present.