WITH A RECENT mandate by the Chinese government that Internet users must use their real names online when commenting on websites, this would be another move in China aimed at limiting freedom of expression, and allowing the government to more easily crack down on political dissent. The Chinese government already at present operates one of the most wide-ranging systems of Internet censorship in the world.

This comes on the heel of government announcements that it will crack down on the usage of VPNs within China currently used as a way to circumvent the “Great Firewall of China’s” blocking of websites which the party-state has restricted access to within China. Some have suggested that in reality, the Chinese government will allow some VPN usage given the difficulties in conducting business with the international world other. However, through only allowing state-sanctioned VPN services, China will be able to see who accesses what websites using VPN.

Likewise, it was recently revealed that the Chinese government has the ability to censor messages on the WeChat messaging and social media app frequently in use in China, with messages discussing sensitive topics being blocked in realtime. This blocking likely occurs through an algorithm, seeing as messages are intercepted faster than any human would be able to intercept these messages, and was only rolled out for the first time following the death of Nobel Peace Prize winner Liu Xiaobo, who died from cancer after years of imprisonment by Chinese authorities.

China has also in recent times indicated that it wishes to shutter out online reporting by independent media outlets, such as Chinese citizen journalists, and foreign media operating news websites in China. This has taken place with the institution of new press limitations on foreign media operating online media in China and the arrest of high-profile citizen journalists such as Lu Yuyu. As this takes place concurrently with a renewed push for Chinese state media outlets to fill in the gaps of existing news coverage, very probably the Chinese government wishes to make a decided effort towards controlling all forms of news media in China, so as to control what news is relayed to Chinese citizens. 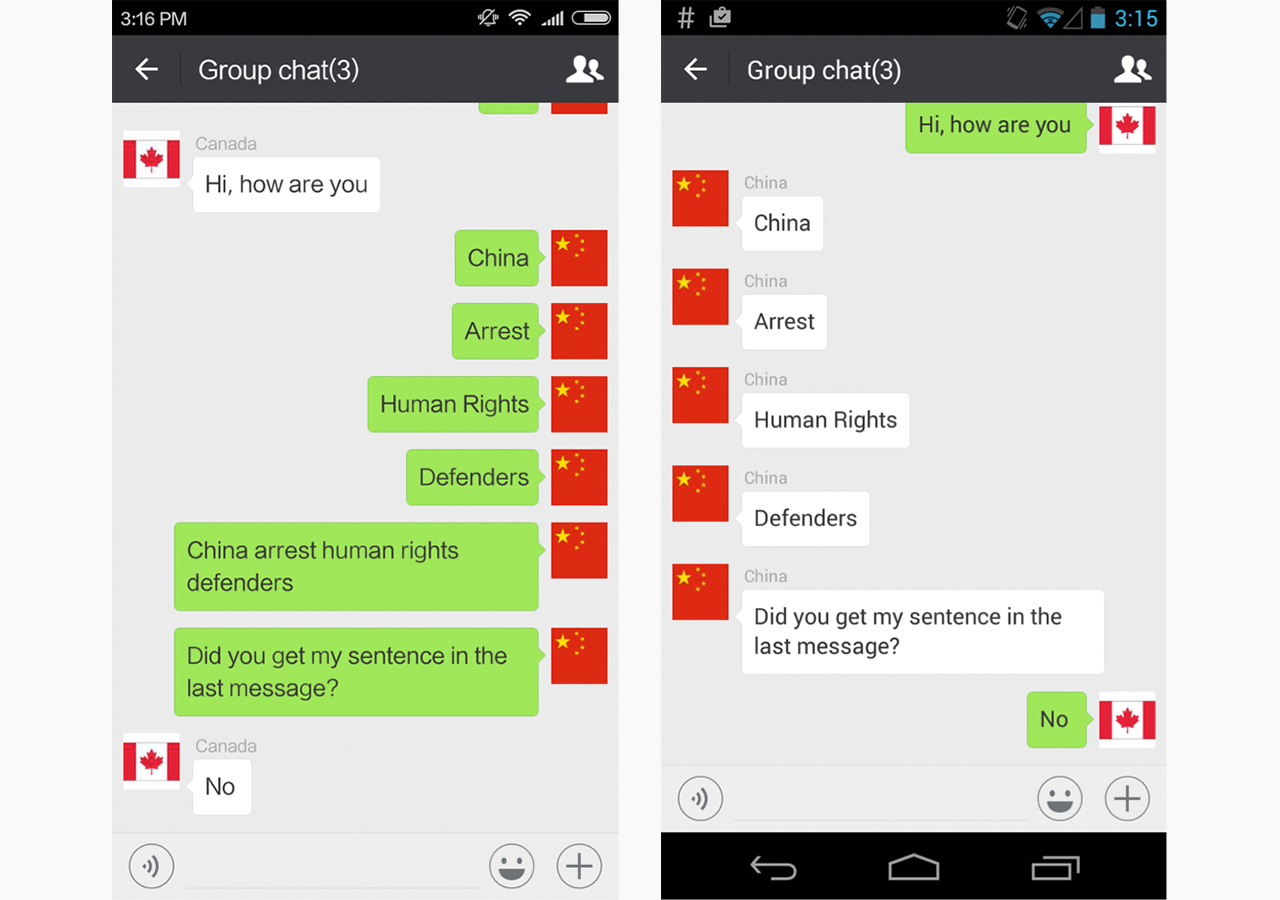 Perhaps given the advanced development of Internet technologies in China, we can see China as pushing the envelope of Internet censorship and surveillance technologies then. Previously, vaguely dystopian fears were raised regarding Alibaba’s Sesame Credit system, in which users qualified for loans, expedited security checks at airports, waivers for car rentals, and other perks based on “social credit” awarded to users based on what was deemed good and socially acceptable behavior. Association with individuals deemed to be negative influences by the government would lead to a lowering of one’s score. This is currently a pilot-level program used in some provinces of China.

We can compare this productively then, to the Chinese government ordering all cars in the Uighur-majority Bayingolin Mongol Autonomous Prefecture in northwest Xinjiang to install GPS tracking systems in all cars, an act which possibly has no parallels in the world. Putting this together with present attempts by Chinese companies such as Baidu to develop self-driving cars, one can imagine how a combination of these two systems could lead in the future to all Chinese drivers having their movements tracked at all times by the Chinese government.

Ironically, with regard to online commentators being required to use their real names when commenting online, news and commentary websites in western countries have in recent years pondered instituting similar systems in order to avoid problems of anonymous harassment or abuse on the Internet. Likewise, despite the common view that the Internet is anonymous in nature, this is not so. Users have long been able to be tracked by their IP addresses, unless one is using a proxy or Internet privacy tools such as Tor. China is also far from the only country to institute wide-ranging systems of Internet surveillance, as seen in similar global surveillance of communications systems conducted by the United States, as revealed by the Edward Snowden revelations. It may be that this is a structural parallel between large, powerful countries, that is to say, empires, in the Internet age.

However, the recent push by the Chinese government to impose greater controls on the freedom of press, use of the Internet, and even to monitor personal behavior and travel, may be without precedent in human history. Such developments would indeed be impossible if not for the current advancement of Internet technology. And so, while many have hailed the development of the Internet as allowing for new possibilities in communication and culture, as well as the free distribution of information, it may be that in the hands of state actors Internet technologies can be turned towards conducting information surveillance and censorship on a level previously unimaginable in human history. For better or worse, China may go down in history as humanity’s case study of this fact.