Looking Back On The Taipei Universiade

THE TAIPEI 2017 Universiade would seem to have paid off for Taiwan, with the event hailed as a mostly successful one despite hiccups such as the disruption of the opening ceremonies by anti-pension reform protesters. Taiwan took home a number of medals at the game and the event was largely seen as one which successfully put Taiwan on the world stage, despite the apparent absurdity of Taiwan being made to compete as “Chinese Taipei” for an international sporting event within its own territory. With allegations of nepotism and unaccountability on the part of sporting bodies in Taiwan, calls for sports reform preceding the Universiade and likely riding on momentum from the amount of public attention focused on Taiwanese athletes during the Universiade led to the successful passing of amendments to the National Sports Act following their third reading in legislature today.

The Taipei 2017 Universiade would be an event that Taipei mayor Ko Wen-Je in particular staked a large amount of political capital on, although the process for Taipei securing hosting rights for the 2017 Universiade took place under previous mayor Hau Ling-Bin. Ko’s efforts at establishing city-level exchanges with Chinese cities such as Shanghai, including agreeing to Chinese claims that both sides of the Taiwan Straits shared a common destiny and that Taiwanese and Chinese were family, seem in part to have been aimed at securing Chinese participation within the event, although China in the end only sent individual athletes and did not participate in group events. 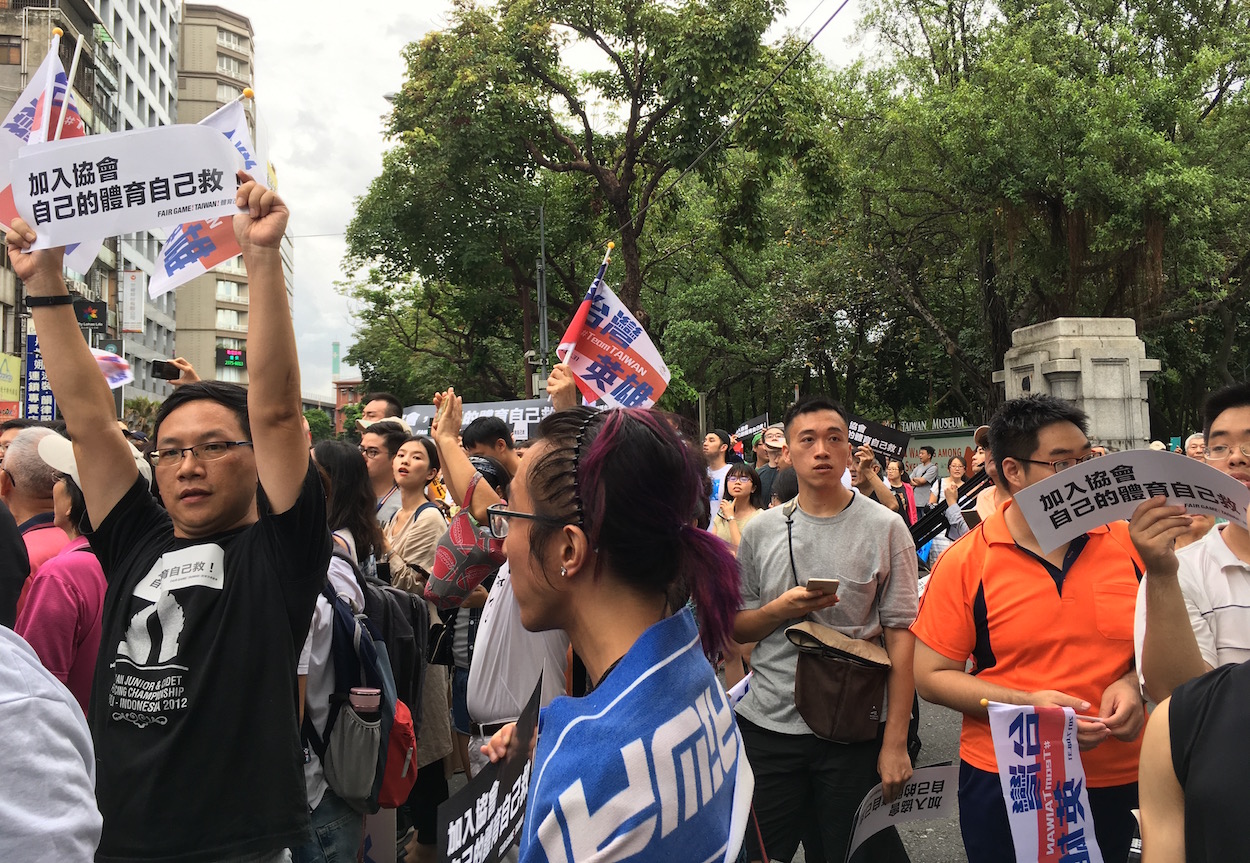 Ko also went to great lengths to drum up interest in the Taipei 2017 Universiade, despite initially lackluster ticket sales for the event among Taipei residents likely because the Universiade is for the most part not an internationally known sporting event regardless of its significance for high school and college-level athletes as the high school and college-level equivalent to the Olympics. Likewise, the Taipei Dome, which was originally slated to be constructed for the Universiade, encountered scandal under the Ko administration because of conflicts regarding charges of corruption between the Ko administration and the Farglory Group, which was responsible for its construction. In the end, the Taipei Dome was not finished in time for the Universiade and the uncompleted Taipei Dome became a source of public scandal for Ko regarding the stalling of anti-corruption campaigns he had promised.

Nevertheless, with Taiwanese athletes successfully winning 26 gold, 34 silver and 30 bronze medals, placing Taiwan third in terms of the overall medal count, and several world records set during the course of the event, in retrospect the event will probably be remembered as a successful one for Taiwan. This was despite that the opening ceremony of the games were disrupted by anti-pension reform protesters in a manner that many saw as a loss of face for Taiwan on an international stage. 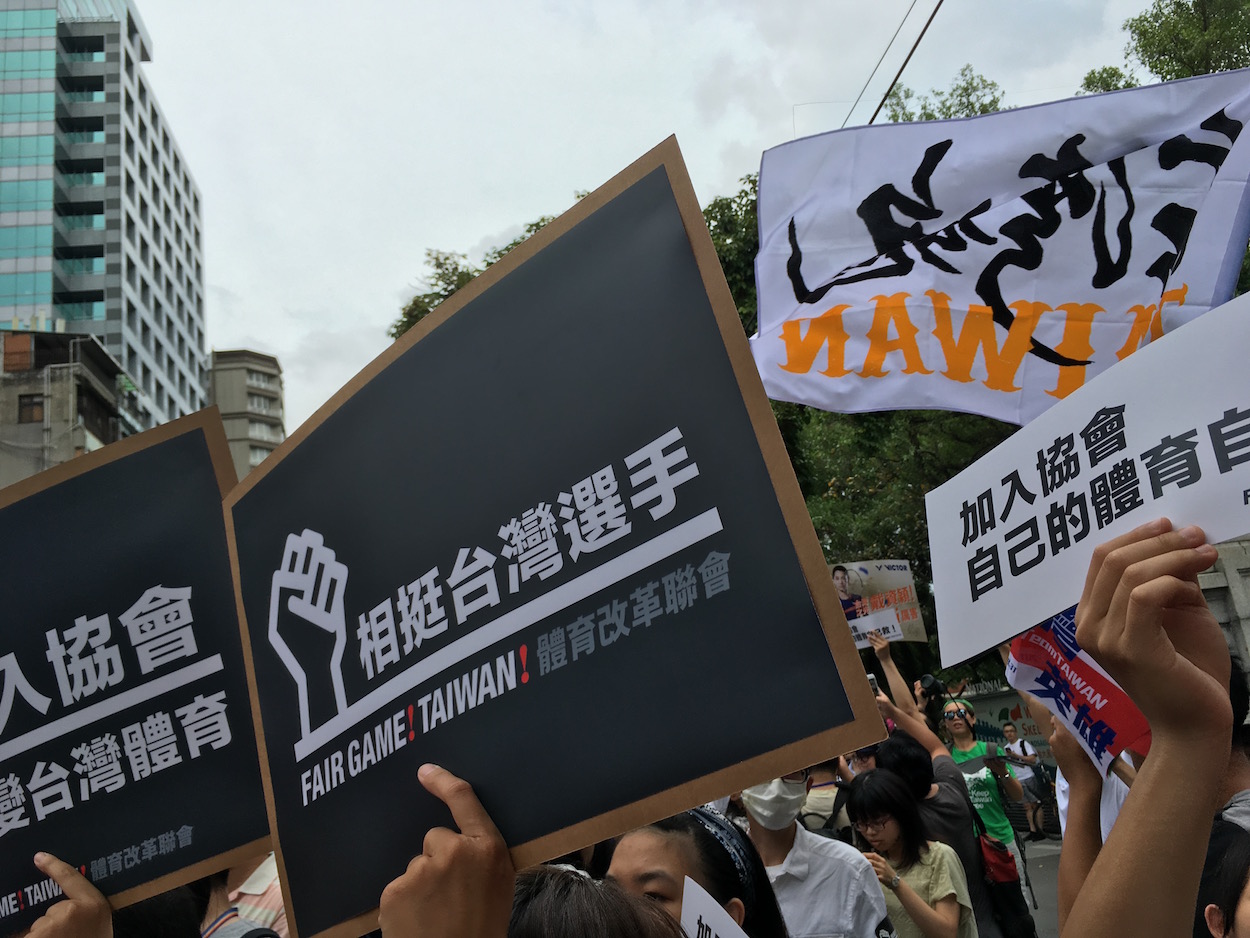 Likewise, public scandal preceded the Taipei 2017 Universiade, with controversy over that some of the athletes who should likely have qualified for the Universiade were instead excluded in favor of athletes with personal connection to judges of sporting bodies and influential sports coaches in Taiwan, mostly notably competitive swimming champion Mitzi Ting. Such allegations of nepotism, lack of transparency regarding the choice of athletes, and even coercion of athletes by influential and politically well-connected coaches and judges have been longstanding, even in the case of world class Taiwanese athletes as badminton champion Tai Tzu-ying, the No. 1 world ranked badminton player in Women’s Singles, and tennis player Hsieh Su-Wei, at one point the no. 23 in the WTA Tour singles rankings and the highest ranked female Taiwanese tennis player in history.

Consequently, while amendments to the National Sports Act long called for by athletes calling for reform passed today, as a result, Fair Game! Taiwan!, the Taiwanese athletes’ organization which has been fronting many calls for sports reform in Taiwan held a rally today concurrent with the parade held in Taipei to celebrate Taiwanese Universiade athletes expressing that athletes were the “heroes of Taiwan” and that to protect them, action should be taken to swiftly enforce the amendments to the National Sports Act. Legislators of the New Power Party Freddy Lim and Kawlo Iyun were in attendance at this rally. 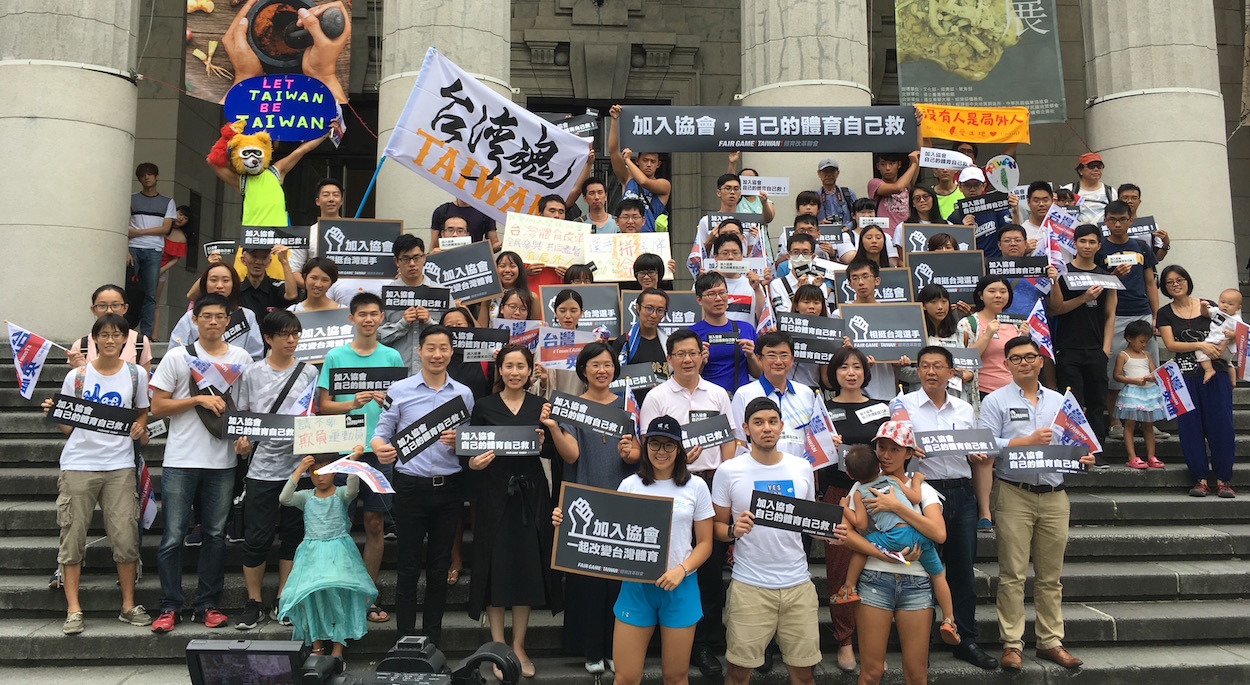 What next for Taiwan, then? The success of the Taipei 2017 Universiade will likely be seen as a marker of rising Taiwanese identity and point of pride for that sense of identity going forward, but at the same time, it remains to be seen as to how to address remaining challenges stemming from Taiwan’s lack of a normalized international status. The success of the Taipei 2017 Universiade may ultimately serve as an impetus for a renewed campaign aimed at rectifying Taiwan’s irregular status in the international world, then.