ACTIONS BY Wu Den-Yih after assuming the position of KMT party chair likely indicate what the course of the party under his leadership will be. Wu won elections for party chair in late May, but was only inaugurated as the chair of the KMT at the KMT’s 20th National Congress in Taichung earlier this month.

In response to the current political crisis of the KMT following its defeats in 2016 presidential and legislative elections, previous party chair Hung Hsiu-Chu called for the party to return to party principles and adopt a closer relation to China, having risen from a position of political obscurity to become presidential candidate of the KMT and then party chair on the basis of this platform and enjoying the support of the deep Blue wing of the party as a result. However, while such policies may have appealed to ideological diehards in the party, it was feared that such policies would alienate the KMT even more from the Taiwanese public writ large if Hung won another term as party chair and continued in that position.

Wu was in direct competition with Hung during elections for party chair and so it is unsurprising that he has taken steps to distance himself from Hung’s platform on China. Hung sought to shed the “One China, two interpretations” stance adopted as part of the 1992 Consensus which the KMT has clung to in the past decade as its official position on China, claiming that the ROC and PRC both acknowledge that there is one China, but they disagree on their interpretation of what that China is. Hung sought to supersede that with an ambiguous formula called “One China, same interpretation” that she billed as an “advanced” version of the 1992 Consensus, but which suggested she would have no objection to immediate unification with China.

Fallout within the party was such that, despite having previously been a loyal member of former president Ma Ying-Jeou’s “Mainlander” faction of the KMT, Hung came into conflict with Ma regarding her attempts to move away from the 1992 Consensus, with Ma urging that the party must continue to hew to the 1992 Consensus. This was ironic, given that Ma’s presidency was instrumental in current public backlash against the KMT since the 2014 Sunflower Movement occupation of the Legislative Yuan, with the perception that the party is too dangerously close to China in a way deleterious of Taiwanese democratic freedoms. Yet Hung’s views were too much for even Ma, it seems.

As Wu had historically been a hatchet man of Ma Ying-Jeou, serving as premier under Ma and loyally defending popularly demonstrated policies such as the Kuokuang Petrochemical Technology’s planned naptha cracker in Changhua and forced land evictions in Miaoli, Dapu, it is not too surprising that Wu would seek to return to Ma era policy. Likewise, as Wu is a more politically rational politician than Hung, who seemed to primarily make political decisions on the basis of ideological aims, Wu likely realizes that backing away from the 1992 Consensus is a bad idea for the KMT in the present.

Nevertheless, at the same time, one suspects that KMT attempts to bash Tsai Ing-Wen on the basis of her non-affirmation of the 1992 Consensus will prove ineffective. Although ties between Taiwan and China have deteriorated since Tsai Ing-Wen took office and the KMT has once again attempted to use the same claims that Taiwanese economic growth will depend on closer ties with China as a way to hit the DPP on its non-acknowledgement of the 1992 Consensus, it is hard to imagine that current trends of rising Taiwanese identity will suddenly reverse themselves either.

And, moreover, one suspects that the damage has already been done—due to Hung’s actions as party chair and former presidential candidate and Ma’s actions as president before her, the KMT is perceived as a dangerously pro-unification party, and not a pragmatic one which calls for closer ties with China only for the sake of the economy. Factional conflict is also set to continue under Wu because of the fact that deep Blue diehards were emboldened in the party under Hung, Hung and her allied forces remain a faction within the party.

The wedge between these emboldened deep Blue elements of the KMT and the party establishment under Wu will only widen because of Wu pragmatically not siding with anti-pension reform demonstrators when they attempted to demonstrate the Taipei 2017 Summer Universiade, something which brought the wrath of the public down upon anti-pension reform demonstrators, who are almost universally former military veterans with sharply pro-China views. Wu will be painted by Hung and other deep Blue actors within the KMT as someone who has betrayed the party spirit in order to compromise with Taiwanese society and so Wu’s tenure as chair stands to be beset from within. And, at the same time, despite being benshengren, as a loyalist of the “Mainlander” faction, it is highly unlikely that Wu will take the KMT in the direction of localization, and so Wu will also confront the “Taiwanese” faction of the KMT, although this looks to be increasingly and unusually quiescent as of late. 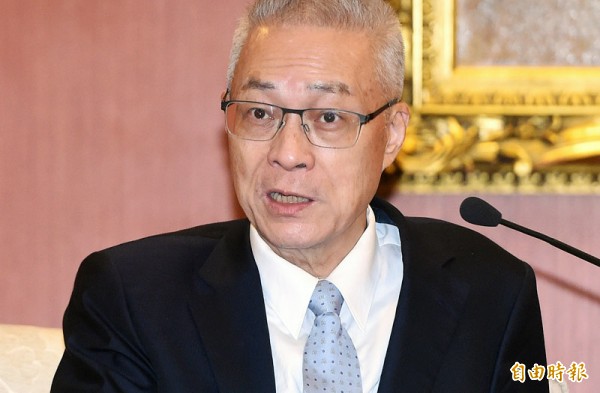 Indeed, though facing calls that democratic reform of the KMT is needed, particularly after Hung Hsiu-Chu tried to change party chair election rules and the representative system of the party in a way that would maximize the likelihood of an election victory for her, it is probably for fear of losing too much power to other political camps within the KMT that Wu chose to appoint local chapter heads instead of opening these position up to general election. Wu faces the dilemma of attempting to maintain the party center in a pragmatic manner, beset on the one side by the deep Blue ideological diehards of the KMT, and on the other side, fearing that the pro-localization “Taiwanese” faction of the KMT could seize power from the political center. We do well to remember that the party center under Wu at present may not call for immediate unification with China in the vein of Hung, but is still pro-China and eventually hopes to facilitate unification.

And so one imagines that not only will factionalism within the KMT continue, but that any dramatic shifts of course on the 1992 Consensus or other issues will not occur. Wu will attempt to hew to the political center of the party and advance Ma era policy in the hopes that this can rebuild relations between the KMT and Taiwanese public, much as Ma won office on a wave of public support in 2008. However, the Taiwanese public already rejected Ma’s attempts at gradually facilitating the unification of Taiwan and China once, and one can only imagine that they will do so again under Wu, in fact, a far more colorless and far less inspiring public face for the KMT than Ma. The declining fortunes of the KMT will not be reversed.