PANIC HAS ensued globally following statements by American president Donald Trump which could be construed as nuclear threats against North Korea. After reports that North Korea had developed the miniaturized nuclear warheads which could be placed on North Korean missiles capable of hitting the United States, Trump stated in public comments that North Korean threats “will be met with fire and fury and frankly power the likes of which the world has never seen before,” comments which were apparently largely improvised.

Such comments could, of course, simply be more bombastic rhetoric from Trump, something which Trump has a long history of. If Trump’s words sound like they reference Macbeth’s famous soliloquy from which the phrase, “the sound and the fury” derives from, one does well to remember that the full quote reads, “A tale told by an idiot, full of sound and fury, signifying nothing.” The last time that Donald Trump threatened to ramp up US forces in the Asia Pacific to counter dangerous actions by North Korea, Trump claimed that he was planning on deploying the USS Carl Vinson carrier group in the direction of the Korean peninsula, significantly ramping up tensions between the US, North Korea, and South Korea. It was later found that these were mere words by Trump, however, and that the USS Carl Vinson and its carrier group was actually on a course headed away from the Korean peninsula despite Trump’s claims. 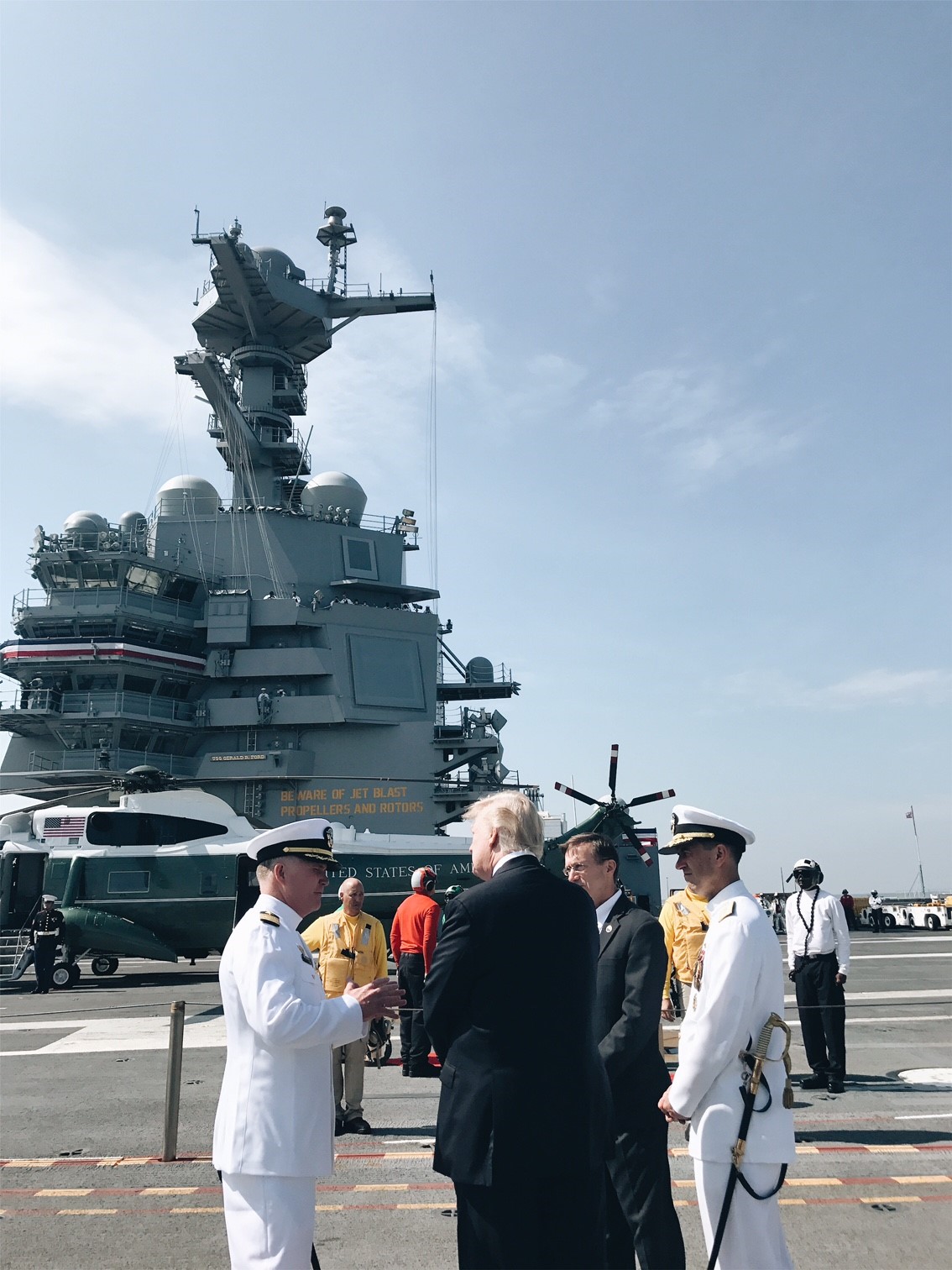 Yet Donald Trump is nothing if unpredictable. Trump previously provoked panic from within the Pentagon after he announced a ban on transgender individuals serving in the military in a series of several tweets. This ban was widely seen as an attempt by Trump to distract from other matters, such as the current scandal unfolding regarding possible collusion between Trump and the Russians during 2016 American presidential elections. The military later announced that it had no plans to enforce such a ban, in spite of what Trump had claimed. But in the first of the tweets in which Trump proclaimed his supposed ban, the phrasing was vague enough that it could refer any number of major decisions that Trump was considering–including unilaterally declaring nuclear war on North Korea. In the nine minutes until Trump followed up with another Tweet explaining his planned decision, panic naturally ensued in the Pentagon.

As a lingering legacy of the Cold War, the American president is accompanied at all times by an aide who carries the “nuclear football,” a suitcase containing the nuclear codes and communication equipment to allow the American president to order a nuclear attack at any time, no matter where the president is. Following confirmation of the order from the Secretary of Defense, military personnel would be obligated to follow the president’s orders. The president is, of course, the commander-in-chief of the armed forces. The Secretary of Defense has no authority to refuse the president’s orders. Indeed, at a conference in Australia last month, navy admiral Scott Swift stated that he would launch a nuclear strike is ordered to by Trump. As he stated, “Every member of the U.S. military has sworn an oath to defend the constitution of the United States against all enemies foreign and domestic and to obey the officers and the president of the United States as the commander in chief appointed over us.”

Indeed, during the Cold War, Major Harold Hering was fired from his position for asking, “How can I know that an order I receive to launch my missiles came from a sane president?” with regards to Richard Nixon, famously a proponent of Madman Theory in creating an image of instability, madness, and unpredictability in order to keep the Soviet Union on edge regarding the threat of nuclear war. The set-up for the deployment of nuclear weapons is designed to prevent mutinies from halting deployment. 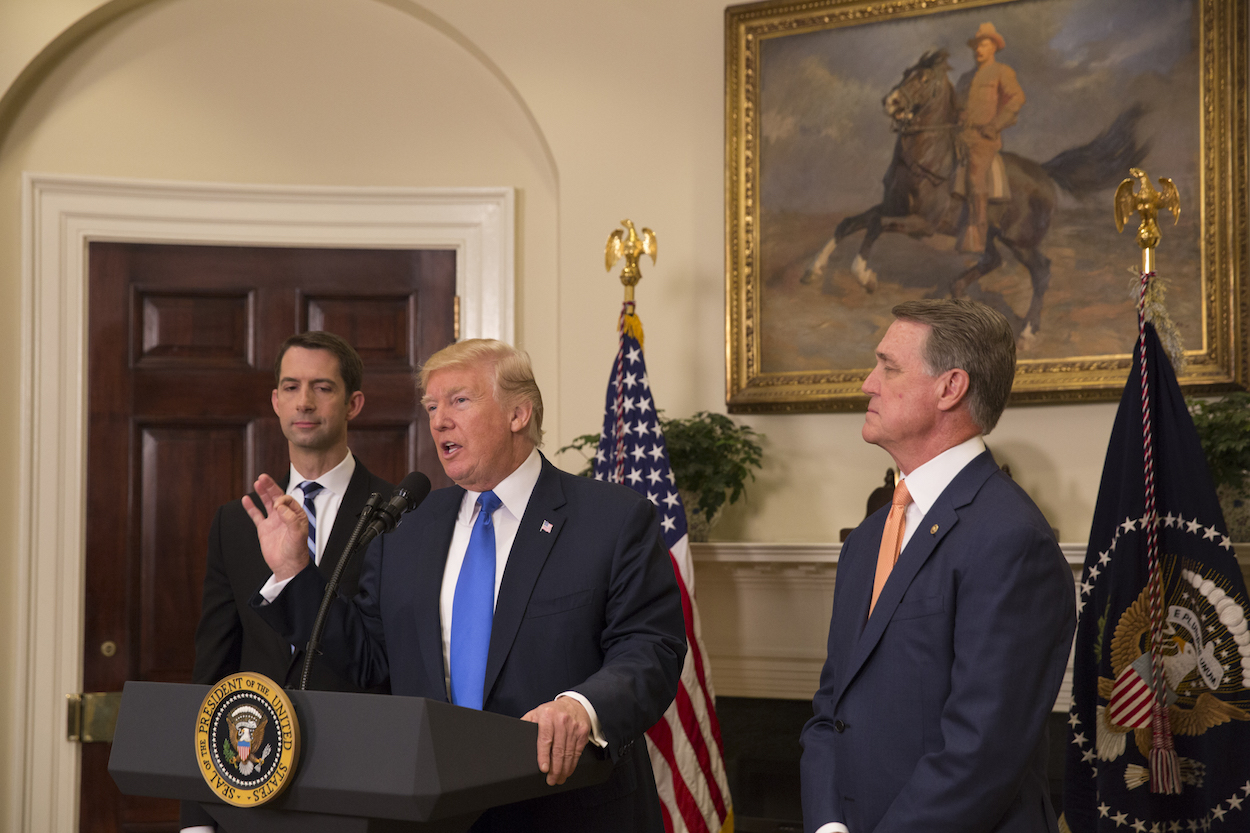 Nevertheless, Trump has already proven completely willing to take human lives to distract from his scandals, as seen in his authorizing missile strikes on Syria or deploying the MOAB bomb in Afghanistan. In fact, it is probably not hyperbole to claim that despite Trump’s rhetoric seeming to strangely mirror the hyperbole of North Korean state propaganda, North Korea is likely the more rational actor between Trump and it, seeing as North Korea likely realizes that it faces annihilation if it were to genuinely follow through with war with the United States but knows that its only way of making its voice heard on the international stage is through nuclear weapons.

And, although, North Korea has threatened to attack Guam, we do well to cast doubt on North Korea’s claims that it has miniaturized nuclear warheads. Not all members of the American intelligence community agree with this assessment and one fears that the Trump administration would seek to construct the perception that North Korea has miniaturized nuclear warheads in order to justify any future actions against North Korea. While North Korea recently claimed to have developed the ability to deploy long-range missiles capable of hitting the United States, North Korea almost certainly requires several more tests in order to accurately hit the United States, and some experts question whether North Korean long-range missile tests claimed to be successes have been successes at all, with the possibility that North Korean missile tests have merely been for show.

Following news reports claiming that North Korea had developed the long-range missiles capable of hitting the United States, Trump would have been forced to take some form of action to step up pressure on North Korea, but it is altogether dangerous that Trump has immediately jumped to threats of nuclear war, something with little precedent. This was in itself questioned by some experts as to whether it was a real success. Although, to be sure, nuclear weapons have become over-inflated in the public imagination as world-ending weapons when one can easily cause the same amount of destruction or many times more destruction with conventional munitions and one will not receive international censure, there are few points to which one escalate beyond threats of nuclear war. Cold War brinksmanship is back with a vengeance, but at least then, the United States and the Soviet Union were rational actors in a way that the present Trump administration is not. And even if these are mere words by the Trump administration at present, the Trump administration is all the more unpredictable in the future regarding it will be that much more difficult to tell whether the Trump administration is crying wolf about its actions or will follow through one day with devastating consequences. 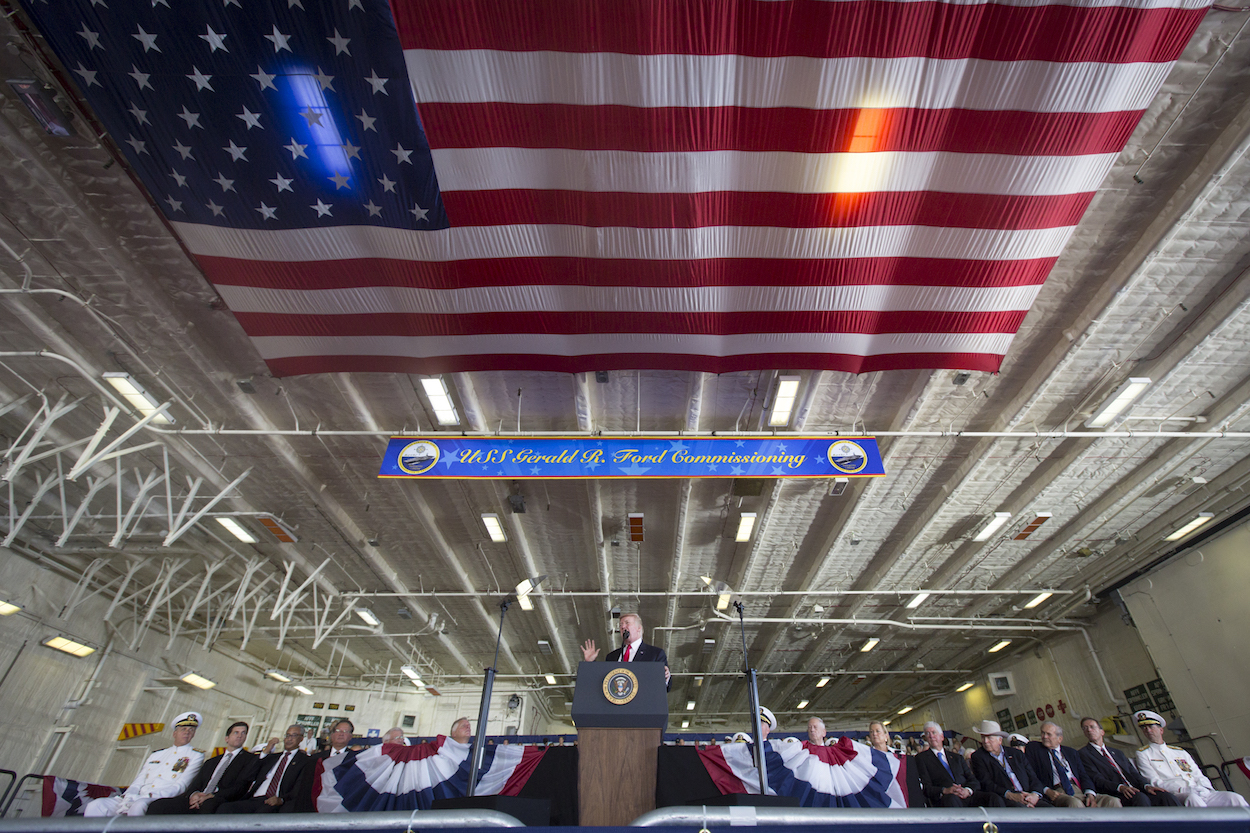 So much for those who claimed that institutional checks would hold Donald Trump in, then, or have at various times claimed that the Trump administration was “normalizing” and “maturing” to its political position. That was conflating wishful thinking for reality at best, or assuming that having somehow won the position of American president, the most powerful political position in the world, Trump was somehow beyond mere mortals and his actions could not be judged by mere plebeian mortals–common sense be damned. On the table now are thousands, hundreds of thousands, possibly millions of American, North Korean, and South Korean lives, never mind that the geopolitical fallout in the region will significantly increase the likelihood of conflict in a way threatening to the lives of all those in the Asia Pacific.

The hypocrisy of American empire is most visible in how America is gambling with Korean lives without a care in the world, it seems, with most news coverage focusing on threats to America when those who would probably suffer the heaviest losses are in Korea and Trump has been playing dice with these lives with hardly any condemnation from Americans. This is the new normal of international politics, then. “A tale told by an idiot,” to be sure, but one in which we will never know whether sound and fury is merely that, or means much more.