Despite Controversies, No Challenges To The Abe Administration Anywhere In Sight?

WITH THE resignation of Democratic Party chair Renho and secretary-general Yoshihiko Noda, multiparty democracy would have taken a blow in Japan, seeing as this means that Japan is that much farther away from viable nationwide opposition to the Liberal Democratic Party, which has largely ruled Japan since the end of World War II. At the same time, this does not represent smooth sailing for the Abe administration either, seeing the Abe administration is increasingly embattled domestically due to a number of controversies.

In particular, Shinzo Abe is increasingly coming under fire due to the Moritomo Gakuen scandal, in which an elementary school with close ties to the Abe family is accused of having bought the land on which the Osaka elementary school is built at far below market rates, possibly even for free, thanks to its ties with the Abe administration. The school is further accused of registering false information about its enrollment and facilities in order to receive more state subsidies than it would have and misreporting taxes, as a result of which Yasunori and Junko Kagoike, who run the school, have been arrested. Shinzo Abe’s wife, Akie Matsusaka, was originally set to become the honorary principal of the school, the Abes having originally approached by the Kagoikes with the plan of building an elementary school in Abe’s name. 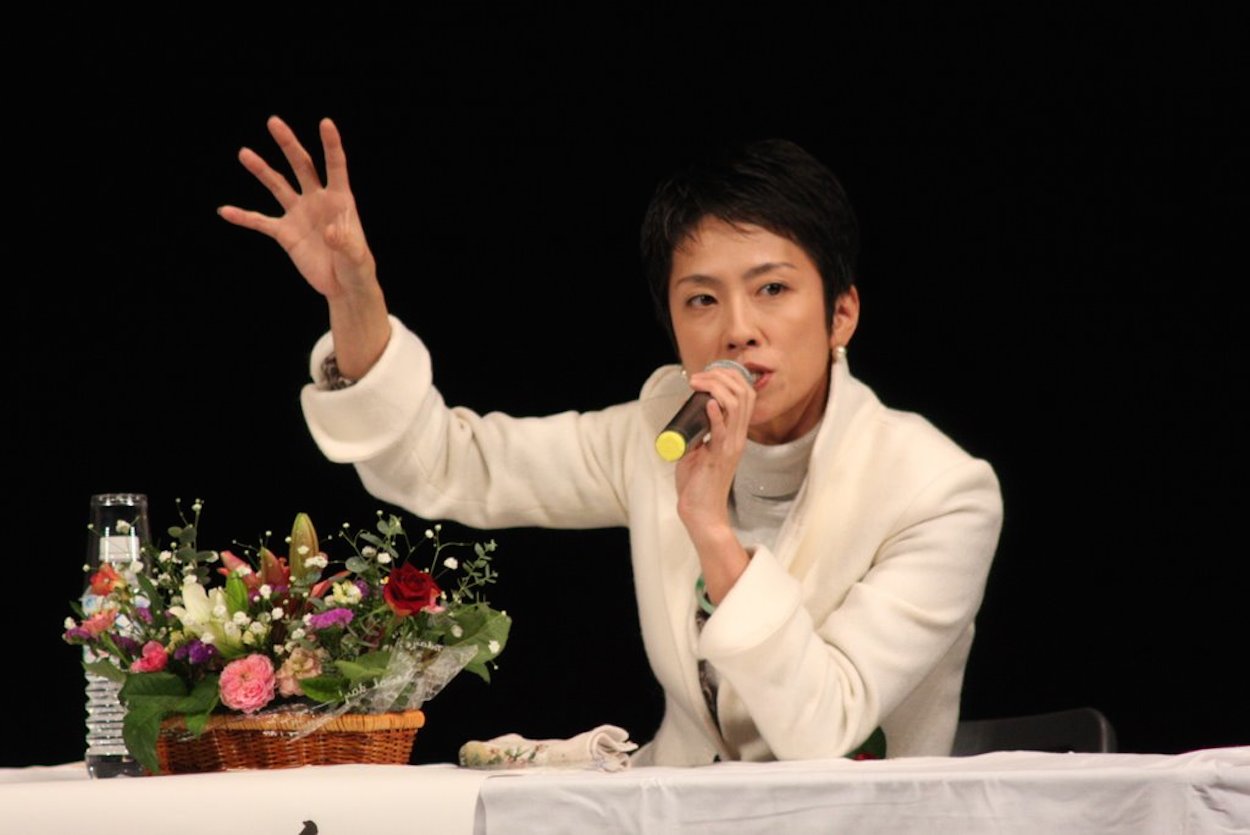 But this is not the first time the school and the Moritomo Gakuen educational group has come under fire. Both Kagoike’s are known for controversial public statements, including racially denigrating Chinese and Koreans, claiming that the place of women should be at home, and attempting to revive prewar, nationalist forms of teaching in their schools, although treatment of students at the school is also alleged to verge on abuse. The Kagoikes had previously been firm supporters of Abe and the Abe family had claimed that the Kagoikes were not only close friends, but expressed admiration for their educational policy and donated over 1 million yen to the school. Such views and such ties for the Abe family are not surprising, given Shinzo Abe’s far right-wing political ties as the scion of a political dynasty which dates back to imperial Japan.

Adding to the issues of transparency of the Abe administration, Minister of Defense Tomomi Inada, resigned from her position over controversy regarding the discarding of documents regarding the Japanese Self-Defense Force’s role in South Sudan peacekeeping operations, something unearthed through journalistic inquiry. Inada is popularly seen as a protege of Abe’s perhaps being groomed become a future prime minister of Japan and was known for hawkish political views. 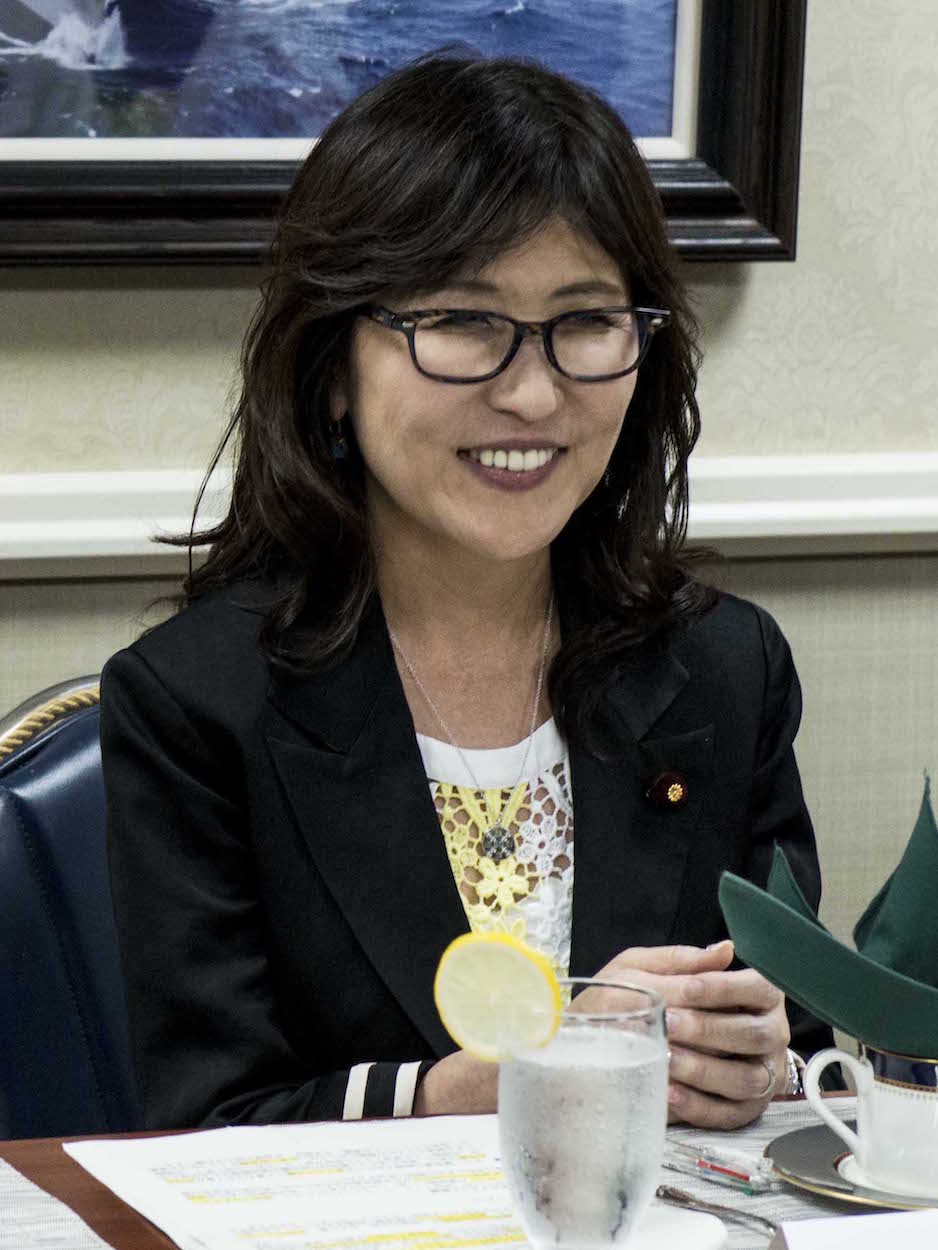 Although the text of the Constitution has not changed in any way, the juridical effect of the reinterpretation is understood as part of Abe’s attempt to rearm Japan, in line with his right-wing nationalistic leanings and his aim to restore former Japanese glory in a manner harkening back to imperial Japan. This is an aim that the Abe family may see as a personal mission given that Abe is the grandson of Nobusuke Kishi, an imperial Japanese colonial official and then former post-war prime minister following American occupation of Japan, who chafed under American rule despite being one of the architects of US-Japan security ties in the post-war period.

The South Sudan interventions was an early trial run for Abe’s new military policy and so with the scandal that led to Inada’s resignation, Abe does not only lose a protege, but suffers damage to a major plank of his policy platform. Indeed, dissatisfaction with the LDP under Abe seems to be on the rise, with Tokyo voters instead voting for the center-right Tomin First Party in Tokyo metropolitan assembly elections, something which is perceived by many as dissatisfaction with Abe and the LDP among conservative voters despite that the Tomin First Party is not a national-level party with representation in the Diet.

But alternatives to the LDP do not seem to be on the rise, with Democratic Party chair Renho and secretary-general Yoshihiko Noda stepping down, despite how embattled the Abe administration appears to be. This may be a product of that the Democratic Party’s poorer than expected results in Tokyo metropolitan assembly elections has led the party to decide that it needs to switch tactics. Or fractures may have appeared in the Democratic Party between it and politically further left elements it aligned itself with, such as the Japanese Communist Party, which despite being a fringe party with a large social stigma attached to its name, is a powerful third party in Japan, given that the elements of the Democratic Party are also hawkish and conservative, not unlike the LDP.

In general, one also suspects that the Democratic Party under its previous leadership difficulties distinguishing itself from the LDP on key issues such as nuclear energy or Article 9. For example, Yoshihiko Noda, who resigned alongside Renho, was a former prime minister during the aftermath of the Fukushima disaster, and was the one who ordered nuclear reactor restarts in late 2012 to cope with Japan’s energy needs, something which led to mass demonstrations against the Noda administration.

What, then, for a progressive and Left politics to emerge in Japan? As a result of present circumstances, the Abe administration has reshuffled its cabinet in order to get rid of more conservative members in an effort to rebrand. But despite the scandals suffered by the Abe administration, the Abe administration does not, in fact, face true electoral challenges currently. Resistance against the Abe administration within Japan may be needed more than ever with the passage of a new National Secrecy Law which it is feared can lead to “thought crime” persecutions by the police for merely discussing acts which the state deems criminal or subversive, following on the chilling effect on the media of previous legislation on reporting on politically sensitive issues such as nuclear energy or the military. This legislation is also accused of being put into place without legislative oversight by forcing it through the legislature in such a manner as to circumvent vote by a committee beforehand. Some protests have taken place, although far from on the scale of the previous youth movement to oppose the reinterpretation of Article 9. While the Abe administration has historically enjoyed a high approval rating, its current slide in approval ratings following its scandals may prove the right moment to strike.

Although any electoral opposition to Abe does not look to be anywhere in sight, now may be the right juncture for demonstrations against Abe to take place once again. This may be needed now in Japan more than ever.