CHINA’S RECENT ban on all online video and audio content regarding LGBTQ issues is perhaps unsurprising, seeing as this follows on the heels of a ban on depictions of homosexuality on television. It remains to be seen as how wide-sweeping or strictly enforced this ban will be, seeing as some Chinese LGBTQ filmmakers who release their work online have reported not having their content taken down at present.

Similarly, China having a rich online ecology of LGBTQ dating apps, it is to be seen whether these apps will be allowed to continue to operate. Blued, China’s largest gay dating app, which has 27 million users, received a multi-million RMB investment from the state-run Beijing News in February. However, lesbian dating app Rela, which had over five million users, was closed down in May after controversy regarding the app promoting an offline “marriage market” for parents to find spouses for their LGBTQ children, the Chinese state apparently disliking parents seeking spouses for their LGBTQ children. An LGBTQ conference in Sichuan was also forcibly cancelled in July.

The Chinese government has justified the ban as part of broader crackdowns on “vulgar, unhealthy, and immoral”, deeming homosexuality to be an “abnormal sexual behavior.” Some have cast doubt upon the feasibility of enforcing this ban, given how wide-sweeping its guidelines are, yet it remains quite possible nonetheless that the ban could have a chilling effect on the LGBTQ community’s ability to speak out for itself in China.

In particular, feminist and LGBTQ NGOs in China can be highly internationalist in their willingness to collaborate with foreign NGOs, seeing as feminist and LGBTQ issues are often seen by activists as universal and above the tensions which may exist between nation-states. But, on the other hand, Chinese NGOs which work with international NGOs have become a particular target under the present crackdown with the view that they may be prove a threat, as vehicles for cooperation with foreign threats to undermine China from within.

Nevertheless, with increased attempts by the CCP to fan up nationalism in the apparent view that China has become too influenced by decadent western influences in the process of its economic opening up and market liberalization during the Deng period and beyond, this may also be why the the Chinese party-state is targeting the LGBTQ community. As we also see in Russia, as another prominent example of a so-called “post-socialist” country which has seen a crackdown on the LGBTQ community under conditions of resurgent political authoritarianism, sometimes the LGBTQ community becomes targeted with the view that being gay is a product of western influences, that corrupt individuals away from the patriarchal, heterosexual family, seen as the basis of the social fabric of any healthy and virile nation-state. 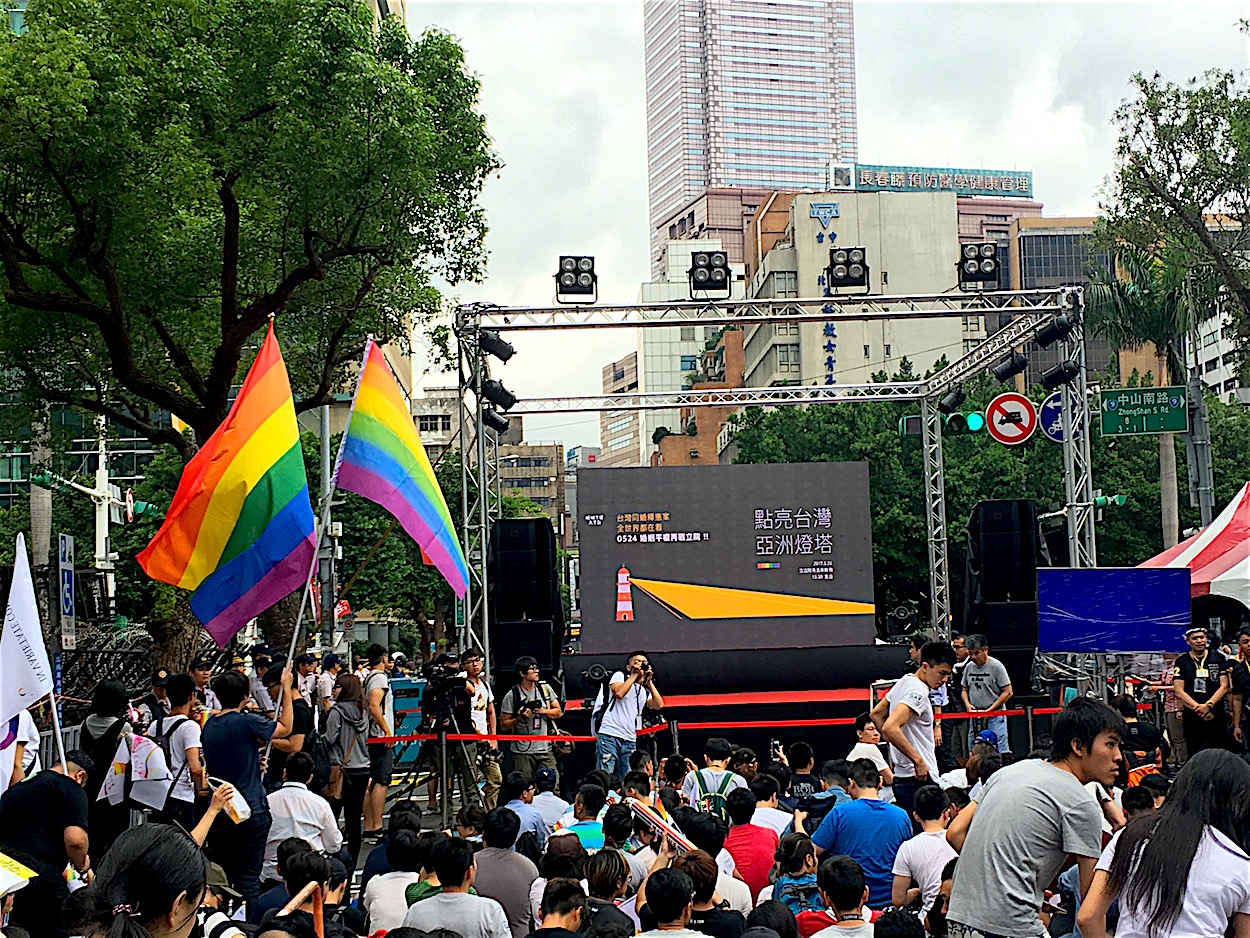 Likewise, with the recent ruling to legalize same-sex marriage by the Council of Grand Justices’ in Taiwan, a de facto independent polity with its own government, economy, and democratic system of governance despite China’s claims of sovereignty over it, the Chinese government has taken to banning comparisons between Taiwan and China in state-run media, as well as anything which suggests that Taiwan’s political system may differ from that of China.

Namely, as the ruling of the Council of Grand Justices’ in Taiwan further differentiates Taiwan from China and has been hailed internationally as marking Taiwan’s political progressiveness as a democracy in comparison to China, the Chinese government’s impulse may be to hold steadfast to what it sees as a point upon which it cannot compromise for fear of showing weakness. It is unknown whether Taiwan’s same-sex marriage ruling would weigh so heavily on the minds of CCP high officials, but it would be unfortunate if progress in one part of the Sinophone world leads to harsh crackdowns in another part of the Sinophone world.

What steps are to be taken next by LGBTQ activists in China remain to be seen, Government pressure cannot expected to let up anytime soon and, with conservative social attitudes regarding sexuality still firmly anchored in place, China does not look to be on the precipice of a sexual revolution or a breakthrough in sexual mores anytime soon. The struggle continues, then, if under perhaps harsher conditions than before.