WITH KO WEN-JE and William Lai increasingly taking flak from the public regarding statements that are perceived as too compromising of Taiwanese sovereignty to China, one generally suspects that the efforts of powerful Taiwanese mayors to use their power as the representatives of large swaths of the Taiwanese population to establish independent foreign relations with China is doomed if they aim to accomplish this through placating China. Namely, powerful Taiwanese mayors as Ko and William Lai, mayor of Tainan, have recently drawn controversy for statements perceived as too pro-China despite their prior political stances strongly in favor of defending Taiwan’s de facto independence or affirming of Taiwanese independence.

In the case of Ko, Ko has been roundly criticized for comments made at a Taipei-Shanghai city interexchange forum in Shanghai in which Ko seemed to stick to China’s script in claiming that the peoples on both sides of the Taiwan Straits share a common destiny and that they are part of one family. In the case of Lai, Lai drew fire for claiming that one can “be pro-China while loving Taiwan,” and that this was his stance, despite Lai’s long history of openly advocating Taiwanese independence. While Lai’s comments may have been taken out of context in initial media reporting, as raised by former DPP heavyweight Peng Ming-Min, Lai generally seems to have hunkered down on the stance afterwards nonetheless by claiming it is possible to be friends with China while advocating Taiwanese independence. 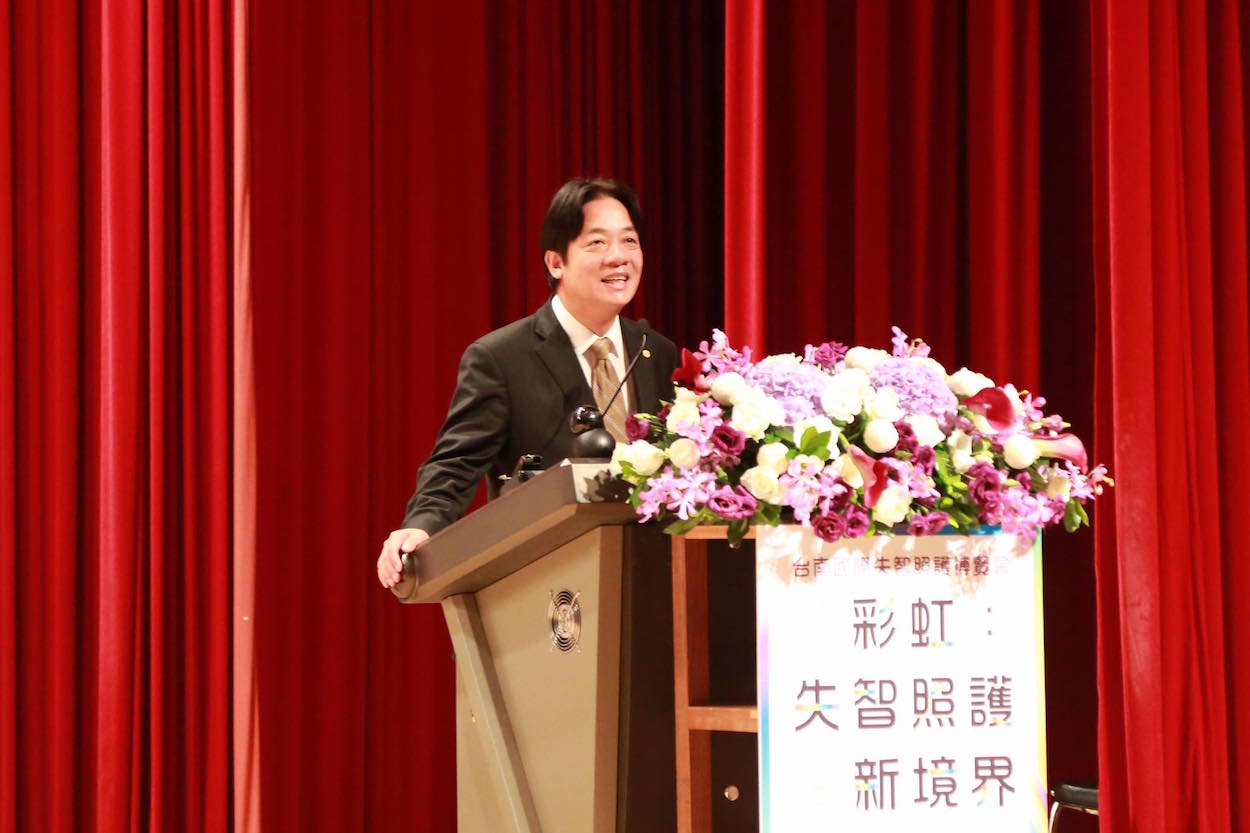 Fear of political turncoats runs high in Taiwanese politics, probably as a legacy of Taiwan’s authoritarian past. And it is obviously not impossible that politicians may eventually turn on their bases as part of the process of accommodation to the political institutions they enter after being voted into office. But it seems more probable that as the mayors of cities commanding large swaths of the Taiwanese population, Taipei and Tainan, Ko and Lai realize that they hold a large share of political power in Taiwan and that it is possible for them to take Taiwan’s foreign policy into their own hands using their mayorships in a way which circumvents the central government.

Ko and Lai may perhaps see Tsai’s current cross-strait policies aimed at maintaining Taiwan’s independence while not rocking the boat too hard with respect to cross-strait relations as a failure and hope in their own ways to build independent bases for relations with China while still maintaining Taiwan’s current de facto independence. Alternatively, as some speculate, Lai may be gearing up to challenge Tsai as presidential candidate of the DPP in 2020 or for a run at the mayorship of New Taipei City and his statements may be to make this run more feasible in either appealing to the nation writ large with a formula for cross-strait which differs from Tsai’s or by attempting to appeal to New Taipei City’s voter base, which leans pan-Blue.

Yet with strong public backlash, both Ko and Lai may be misreading the current sentiments of Taiwanese society, whether this is a reaction prompted because of Taiwanese identity or present views in society of what Taiwan’s international status should be. Seeing as Ko and Tsai Ing-Wen both rode into power on the wave of youth support after the Sunflower Movement, itself a strong expression of anxiety over Taiwan’s relation with China, present Taiwanese society may simply chafe too much at the suggestion of continued ties which bind with China to accept their formulas aimed at placating China while maintaining Taiwan’s current de facto independence which nonetheless feel to many as giving up too much of Taiwan’s dignity or otherwise denigrating Taiwan’s hard-fought-for sovereignty. This comes at a time when China is applying more diplomatic than pressure on Taiwan and is probably directly related to this fact. After all, calls for the political “normalization” of Taiwan have been on the uptick since Taiwan’s loss of diplomatic allies as Panama due to Chinese influence.

In particular, Ko is highly at risk of incurring public anger, because part of his reason for fawning behavior towards China is because Ko has banked much on Chinese participation in the 2017 Taipei Universiade, an international sporting event for young athletes held every two years, and of which Taipei is to be the site of the 2017 Universiade. China has already backed out of team events in the Universiade, but will still be sending individual athletes to the competition.

Ko very probably hopes to use the Universiade as an opportunity to put Taiwan on the world stage, as well as possibly to demonstrate Taiwan’s de facto independence from China, yet this already seems highly likely to fail. To begin with, few international events as large-scale Universiade occur in Taiwan, but the Universiade is simply not internationally well known enough as an event to accomplish Ko’s aims. Ko is in all likelihood banking a large degree of his political credibility on an event which will not be successful and, despite prominent advertising for the Universiade well over a year before it is to take place, ticket sales have been low so far. Moreover, in the process of attempting to secure Chinese participation, Ko acts in a way that members of Taiwanese society perceive as denigrating to Taiwan more than anything else, this will lead to strong backlash. 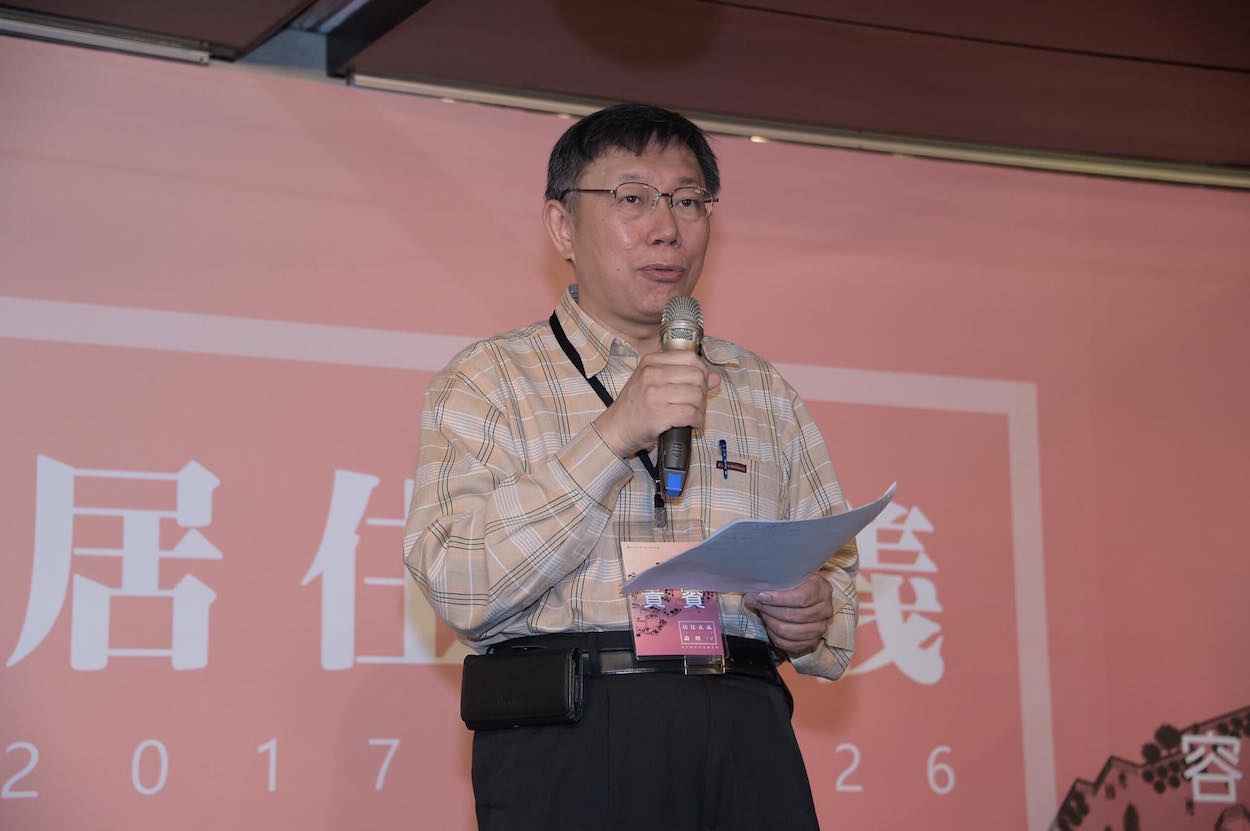 As for Lai, Lai stands greater chances of extricating himself from the dilemma he has put himself in than Ko, given that while Lai has also visited China in an official capacity before, he did not make statements as denigrating as Ko’s. Likewise, unlike Ko, Lai has been explicit in his advocacy of Taiwanese independence, whereas Ko has provoked confusion for praise for dictators of the authoritarian period as Chiang Ching-Kuo as a model of governance to be emulated, as well as other gaffes and misstatements.

But, again, it may be a sign of current trends in Taiwanese identity that even politicians with a solid history of pro-Taiwan stances in the manner of Ko and Lai receive backlash for coming off as too uncritically friendly towards China in the public eye. This may be a telling sign, but will it be one which even politicians as high-profile as Ko and Lai misread? One wonders. Certainly, this could have implications for more mainstream DPP politicians down the line, if this allows the NPP or other parties to attract public support through firmer support of Taiwanese independence. However, such developments remain to be seen.