WITH THE passage of the Forward-Looking Infrastructure Development Plan yesterday night after its third reading, even as public reactions from Taiwanese society writ large have been muted, many members of Taiwanese youth activism are hailing this as the beginning of the Tsai administration’s irreversible slide towards becoming something resembling the Ma administration. Namely, what is so provoking of anger is that the DPP does not rule out land appropriations in its Forward-Looking Infrastructure Development Plan, something which has provoked angry responses on social media from Sunflower Movement leaders Lin Fei-Fan and Chen Wei-Ting, among others.

In the years of the Ma administration, one of the major social issues which led to Taiwanese youth activist demonstrating against the government was forced land evictions in both urban and rural areas, either for the sake of commercial development or infrastructure development projects which the government claimed to be necessary. Sometimes the boundaries were not so easy to distinguish, seeing sometimes what the government claimed to be private infrastructure projects were in reality for the sake of commercial development, indicating crony capitalist collusion between corrupt local politicians and development companies. Either way, this was the source of many tragedies in Taiwan, in which local residents were not consulted about their needs and forcibly driven off of their homes with inadequate compensation, something which was the cause of the deaths of more than one homeowner from suicide, seeing as this could literally destroy the lives that families had led for decades. 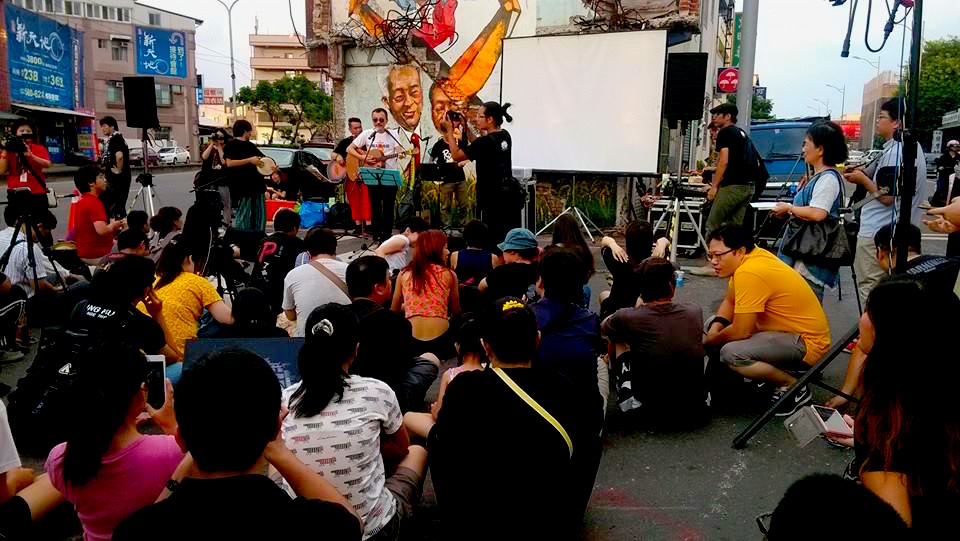 Yet with the passage of the Forward-Looking Infrastructure Development Plan, Premier Lin Chuan of the Executive Yuan has stated that the Tsai administration will not rule out forced land appropriations of this nature, though it will do its best to minimize strife and make sure that there is due compensation. This comes shortly on the heels of the Tsai administration promising to try and address problems of forced evictions in Taiwan through symbolic measures as rebuilding the demolished Chang family pharmacy in Dapu, Miaoli, but this refusal to back away from forced evictions or at least take a stronger stance on the issue rings of hypocrisy for many social movement activists. 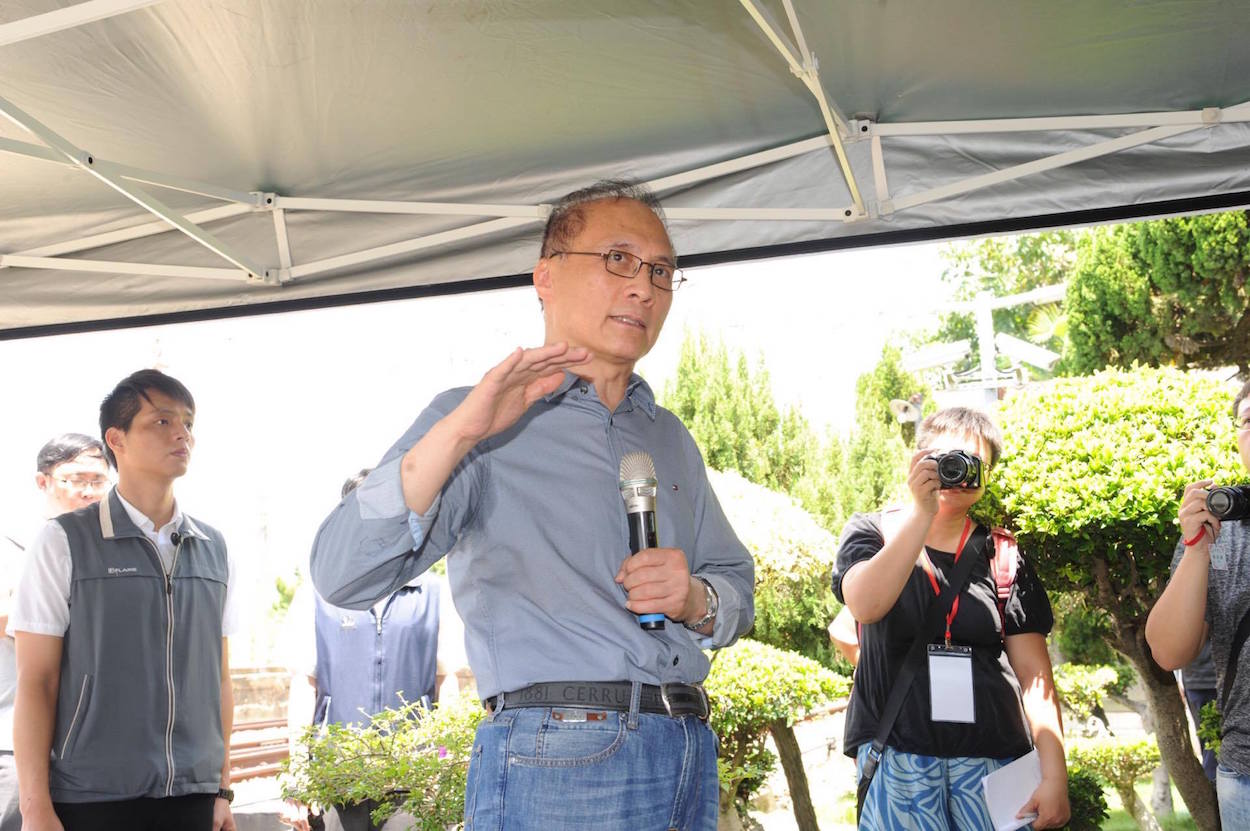 But the perception ran strong during the Chen years that, in power, the DPP did not prove so different from the KMT by also building localist clientelist networks using infrastructure development projects and that corrupt DPP politicians proved equally happy to collaborate with development companies and even elements of organized crime in order to receive financial kickbacks. This was part of why Taiwanese youth activism opposed both the KMT and DPP in the years before the Sunflower Movement, although the latter obviously proved a better alternative than the former in 2016 presidential and legislative elections. Certainly, there is much room for the DPP to contribute towards reviving its reputation of similarly being plagued with internal corruption in much the same way as the KMT in the coming years.

As a compromise measure in the face of KMT resistance, the DPP agreed to cut the budget of the Forward-Looking Infrastructure Development Plan in half during its third reading, dividing the budget of the bill into two four-year stages, the first with a budget of $420 billion NTD, rather than one eight year plan with a budget of $882.49 billion NTD, so long as the second stage does not exceed the first in size and time frame. But one also expects that this move will also provoke much criticism.

Some take this as a sign of weakness on the part of the DPP, seeing as the KMT were unable to offer no alternatives to the Forward-Looking Infrastructure Development Plan and instead resorted to a number of political theatrics within the Legislative Yuan widely mocked in the media and online. But the DPP was willing to back down on its Forward-Looking Infrastructure Bill as a compromise measure with the KMT nonetheless, never mind that it could have tried to force the bill through in a more speedy manner. The KMT’s handling of the Forward-looking Infrastructure Bill may play a critical role in internal factionalization within the party, however, seeing as whichever party heavyweight comes up with an adequate response to the matter will highly increase their standing within the party.

Yet Taiwanese legal professionals affiliated with civil society activists such as Ching-Yi Liu, a highly respected professor of law at National Taiwan University currently a visiting scholar at Harvard University, has also raised concerns that this division of the Forward-Looking Infrastructure Development Plan could lead to unaccountable spending, and an extreme arrogation of power to the Executive Yuan. 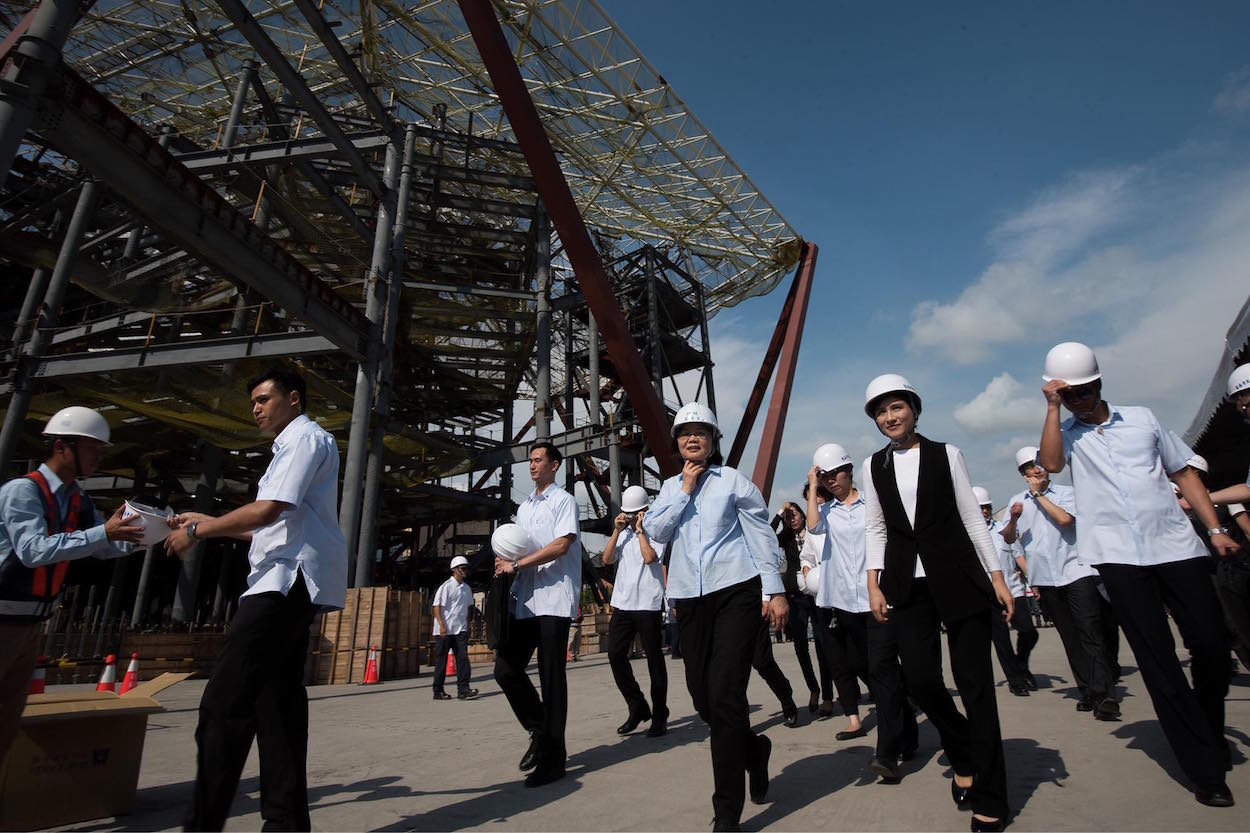 Namely, the Forward-Looking Infrastructure Development Plan will provide the DPP $420 billion NTD in funds for infrastructure for the next four years. But because limitations on subsequent infrastructure budgets are minimal, so long as this does not surpass $420 billion NTD for a four year period, whoever is the ruling party in the next four years can raise another $420 billion NTD easily as a something like a blank check. This will avoid limitations on the budget from Article 23 of the Budget Act or Article 5, Item 7 of the Public Debt Act, and get around the need to formulate annual infrastructure budgets in a manner accountable to the budgets of past years, arrogating power to the Executive Yuan in an extremely dangerous way as to how this money is spent or accounted for. And, while this could potentially lead to a constitutional and financial crisis, the Executive Yuan has heretofore been silent as to whether the bill contains this provision and may likely want to keep quiet on the manner.

Much remains to be cleared up about the Forward-Looking Infrastructure Development Plan. Will the Executive Yuan anger Taiwanese society writ large by bowing to corporate interests and allowing for a spate forced evictions in Taiwan once again? Perhaps more seriously, will the Forward-Looking Infrastructure Development Plan prove so increasing of executive power as Liu claims? This remains to be seen. But it seems that the lines in the sand are increasingly being drawn between the DPP and Taiwanese civil society activists.