FACTIONAL INFIGHTING continues in the KMT following the election of Wu Den-Yih as chair, with the latest spat taking place as a result of outgoing chair Hung Hsiu-Chu attempting to appoint new Central Standing Committee members despite nearing the end of her term. Hung’s actions would be in order to ensure that her faction of the party continues to have a say in party decision-making despite her loss in her bid for reelection as party chair. As such, this has already led to the cancellation of at least one weekly Central Standing Committee meeting due to arguments breaking out between Hung and Wu supporters.

In response to criticism, Hung has stated that she is open to turning over the position of party chair earlier than currently scheduled, even as a upcoming visit to China in which she may meet with Chinese president Xi Jinping a second time may be aimed at strengthening her hand within the KMT by playing up her strong ties with the CCP leadership. Yet Hung had already in past proved willing to try and disrupt the normal decision-making mechanisms of the KMT and its internal systems of checks-and-balances in order to try and stack the cards in her favor, as observed her moving the date of KMT chair elections forward by two months to give her opponents less time to prepare for elections. Hung also integrated the Huang Fu-Hsing chapters of the KMT, which were treated separately from normal party chapters in the past, into normal party chapters as a way to limit the ability of the Huang Fu-Hsing to support Hau Lung-Bin, who is popular with the “Old Soldier” faction of the KMT as the son of a former general. Some also see Hung as behind the entrance into the party of elements of organized crime, such as gangsters and nightclub hostesses working for gangster-owned establishments, in order that they might vote for her in party chair elections. As such, an attempt at a last-minute power grab by Hung would not be too surprising. 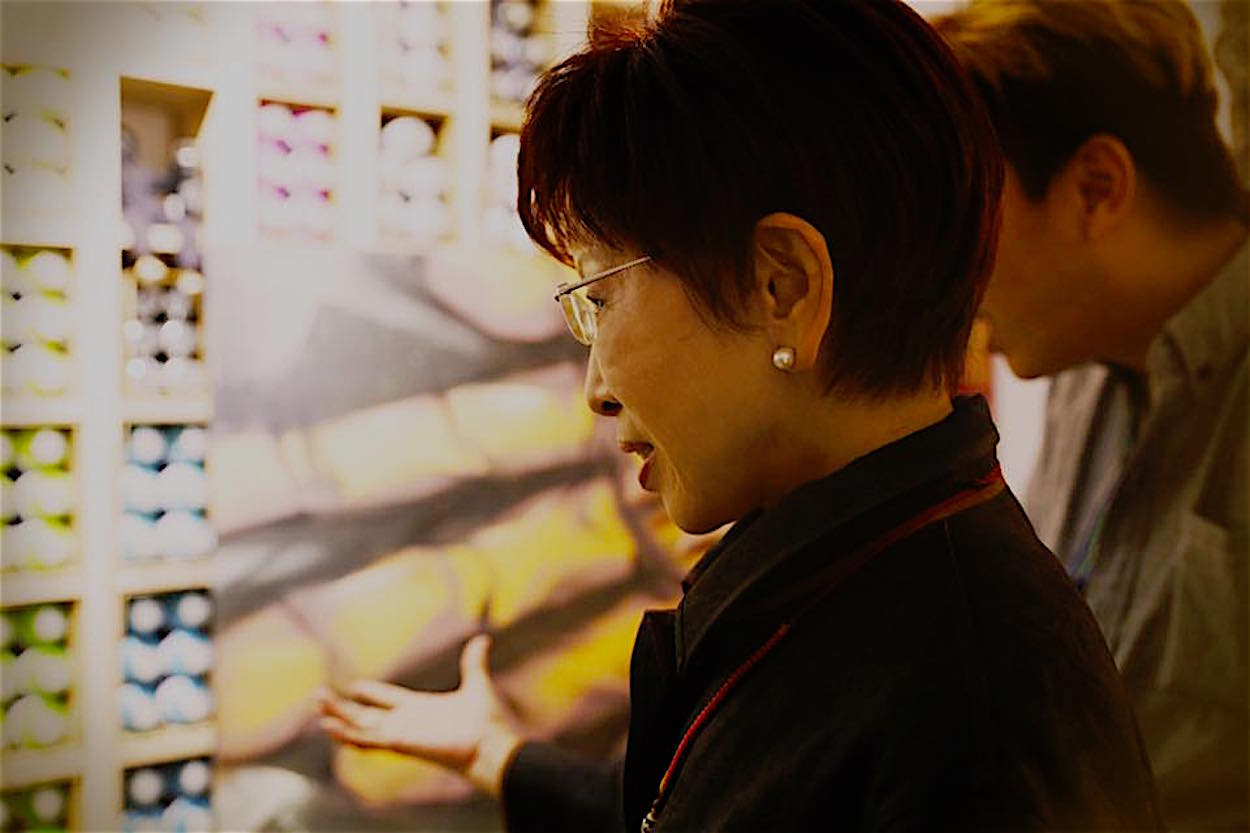 Hung Hsiu-Chu probably does not wish to quite go quietly into the good night where her election defeat is concerned, then. Hung’s election loss to Wu was an overwhelming defeat, seeing as Wu won 52% of the vote, seeing as he won 140,000 votes out of 272,682, and Hung came in second with 53,063 votes. But while some in the KMT have hoped that Hung would fade back into obscurity after her defeat in elections for party chair, Hung having originally rosen from obscurity to superstardom during KMT party elections, this is not the case. Hung is now one of the party heavyweights of the KMT, commanding the loyalty of pro-unification, deep Blue diehards who call for the immediate unification of Taiwan and China, never mind public resistance to the idea.

As should be clear after the KMT’s defeat in 2016 presidential and legislative elections in the aftermath of public backlash against the Ma administration as expressed in the 2014 Sunflower movement, for the KMT to stand any chance of becoming a viable political party in Taiwan once again, the KMT will need to reform in a pro-Taiwan direction or, at the very least, make some cursory gestures in the direction of localization.

Some viewed Wu Den-Yih as the candidate who could accomplish this, as out of the candidates for party chair which ran in elections earlier this month, Wu Den-Yih seemed like the candidate most likely to steer the party in this direction. As a former vice chairman, Wu could maneuver the party back towards its former stability. And, as the former appointed mayor of Kaohsiung and as a benshengren Taiwanese, unlike other KMT candidates Wu has a number of political connections in the DPP-dominated south of Taiwan.

Nevertheless, as Hung’s actions illustrate, Wu will continue to face resistance from within the party. The rise of Hung Hsiu-Chu unleashed the KMT’s ideological id and, now that it has been set loose, there will be no putting back the genie back into the bottle. There is the possibility that Hung and cohort may split off from the KMT to join the New Party or another deeper Blue party in the pan-Blue alliance, a course of action which many have suggested Hung might take since her removal as the presidential candidate of the KMT in 2016 elections. If so, this may rid Wu of having to deal with Hung and other deep Blue diehards, which are a political liability for Hung. But it seems likely that, for the time being, Hung and her political allies intend to fight it out for control of the KMT with Wu. The KMT is still the party of Sun Yat-Sen and Chiang Kai-Shek after all and deep Blue diehards as Hung and her allies would be loathe to break with the historical nature of the KMT. 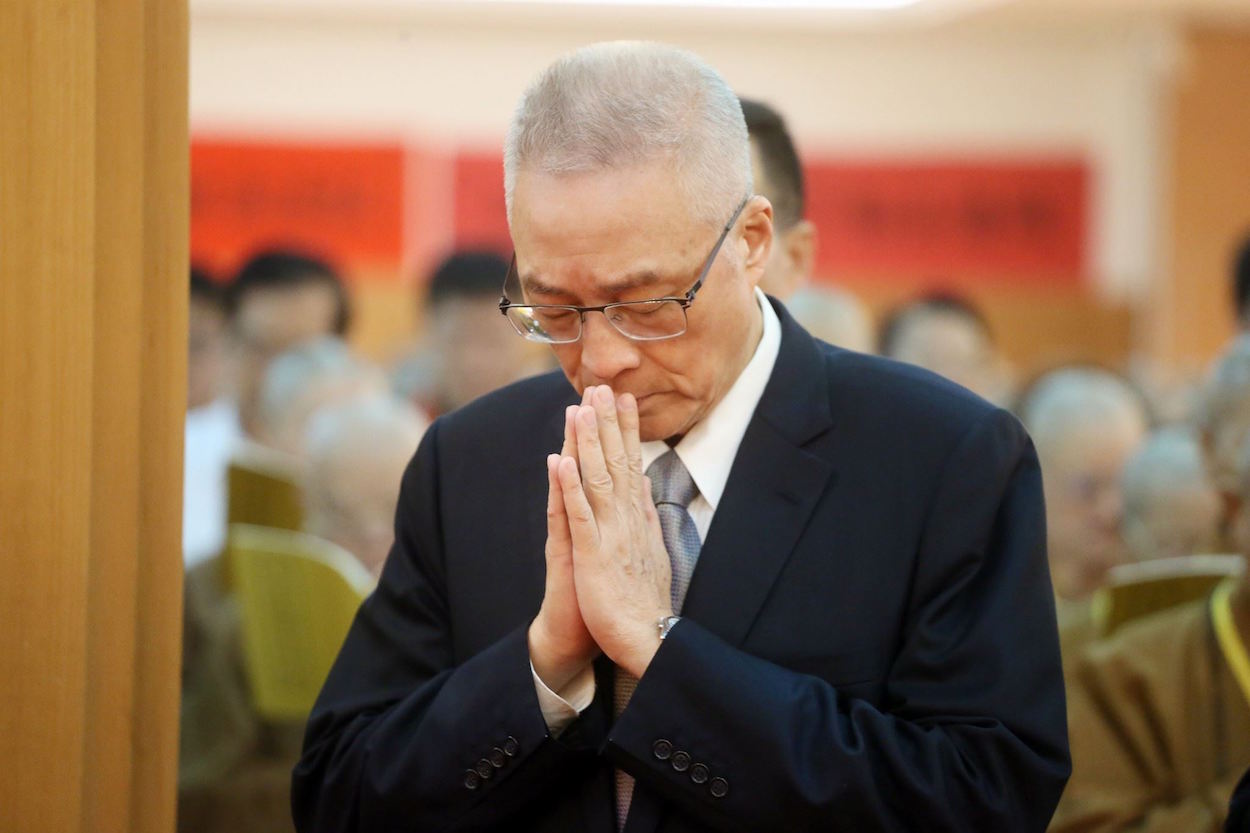 Likewise, it seems highly unlikely that Wu will be able to turn the KMT around. There are those who pin their hopes to Wu being another Lee Teng-Hui, seeing as Lee largely had an unremarkable career as a benshengren functionary within the KMT that hewed to the party line until he ascended to the ROC presidency and unexpectedly began to take actions intended to secure Taiwan’s status in the world. But this seems like a blind faith argument which does not attest to any facts, seeing as despite being benshengren, Wu’s entire political career has been spent as a loyal member of the “Mainlander” faction of the KMT.

Furthermore, even if Wu were to be able to fight it out within his own party, defeating the Hung loyalists and steering the party in a pro-localization direction, it seems unlikely that this would appeal to the public. Wu is seventy years old and, consequently, he makes an uninspiring face for KMT reform. A younger, previously unknown candidate taking control of the party might be able to accomplish this, but this seems unlikely to happen. The KMT has largely expelled or marginalized any possible youth reformers within the party or is on the way to doing so. And so the crisis of the KMT will continue.