What Can We Learn From The Emirates Airline Incident?

WITH EMIRATES cabin crew from Taiwan ordered by the company to remove their ROC pins from their uniforms and to replace them with PRC pins, as well as ordered to follow “One China Policy,” it is not surprising that this has led to outrage in Taiwan. This would be the latest sign of the difficulties that Taiwan has in carving out a space for itself in the international sphere and, in that sense, the latest outrage in a long string of outrages, seeing as Emirates was apparently instructed to do this by the Chinese government. But the events should also be too surprising, because so long as Taiwan’s sovereignty issues regarding China are not resolved, Taiwan will always have to deal with businesses who make moves to placate the Chinese market even if this means affronts to Taiwan. This series of events, then, illustrate the importance of how Taiwan should frame affronts to its sovereignty in a manner to draw attention to its international plight. 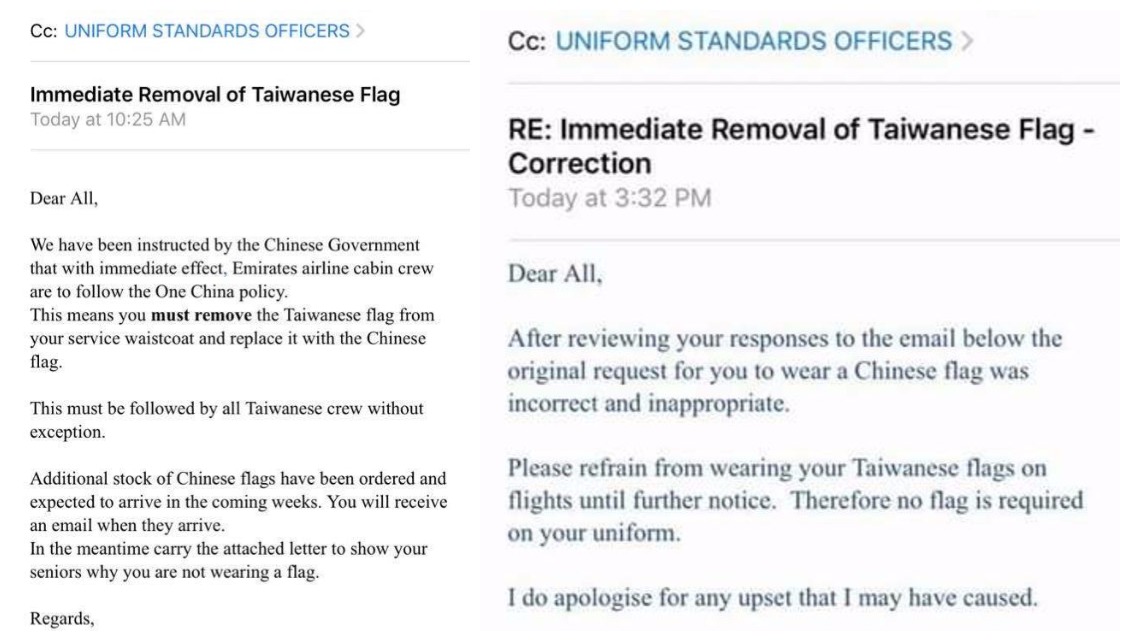 Public backlash, including reactions from angry netizens, the protests of Taiwanese Emirates cabin crew, and the leaking of these new regulations to the Taiwanese media by Taiwanese Emirates cabin crew, has led to a temporary suspension of this new policy by Emirates, although Taiwanese cabin crew are still not allowed to wear their ROC pins. Nevertheless, what steps the airline takes next remain to be seen. And we do well to remember that beyond a certain amount of consideration to avoid offending the Taiwanese market, at the end of the day, for airlines or other businesses, China is always the larger market.

EMIRATES MAY not have realized that this move would provoke such backlash from Taiwan in hitting on sensitive issues regarding Taiwanese sovereignty or identity. Ideally, Emirates would like to act in a way which avoids offending either China or Taiwan, so it can continue to make money from both countries. But, as a business whose only priority is to take money, it seems highly unlikely that if push comes to shove and Emirates had to take firm stance on the matter of which pin Taiwanese cabin crew would be made to wear, Emirates would side with the smaller market, Taiwan, over China, which is many times larger than Taiwan. That would be the only rational consideration, where making money is concerned. At worst, although highly inconvenient, Emirates could simply fire any Taiwanese cabin crew which do not comply with company policy and replace them with Chinese cabin crew, if non-compliance means that the Chinese government will not allow Emirates to operate in China.

Such considerations would be a fundamental characteristic of the decision-making process on cross-strait issues for businesses operating in both Taiwan or China, whether Emirates, other airline companies, or any other form of businesses. Again, it is completely irrational for businesses seeking to make money to offend a larger market, China, simply to placate a much smaller market, Taiwan.

We may suggest that this is in large part why Taiwan only appealing to the international world on the basis of rational interest is an inherently self-undermining approach, because it is simply irrational for international businesses or nation-states to side with a smaller, less influential country over than China, a world superpower, beyond a certain point. 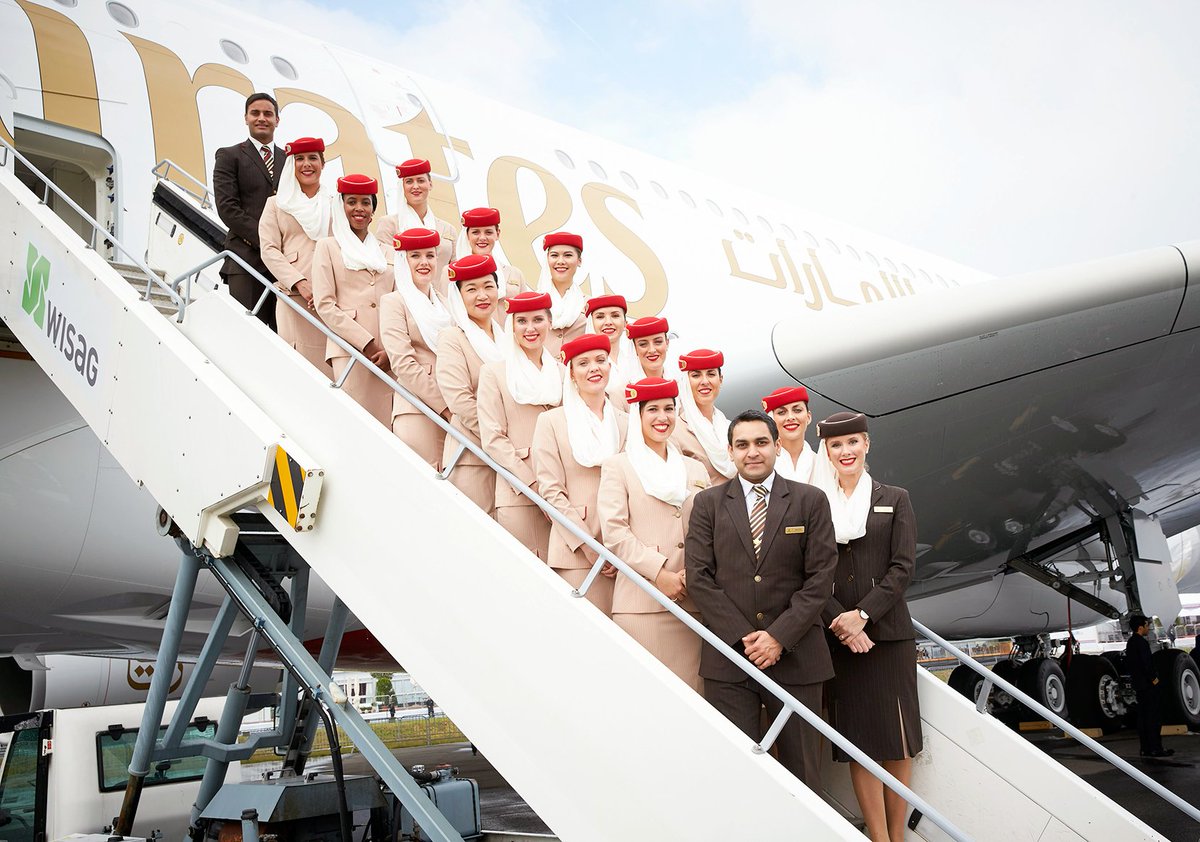 This is true with regards to anything. In fact, this is also true of international humanitarian bodies, such as the World Health Organization (WHO) and World Health Assembly (WHA). Taiwan was recently quite successful in leveraging on the dangers China was posing to global health in denying Taiwan access to the WHA with the claim that China was politicizing the issue in a manner dangerous to global health and in this way drawing attention to Taiwan’s international plight. Yet we should remember that it is also true that if push came to shove, even when it comes to international health, the international community would still side with China over Taiwan. For example, if China threatened to withdraw from the WHA unless Taiwan was excluded, the international community would very likely comply with China, probably the world would grudgingly comply with China. Whatever dangers to global health may result from excluding Taiwan from international health organizations, the dangers of excluding China would be far greater, given that China is simply many times larger than Taiwan.

As such, calling for international support of Taiwan solely on the basis of rational interest is a flawed approach. This is not to say that appeals to the international world should not be made on the basis of rational interest, but they should never be made on the basis of rational interest alone, and appeals international support of Taiwan always needs to have a moral appeal at some level. We do well to remember that Taiwan is not a small nation and that while China likes to wave around the specter that it can simply “shut off” trade to Taiwan at any given time, this is not possible. Economic integration goes both ways, meaning that the economic ties between Taiwan and China and between Taiwan and the international world are not so easy to break off. China threatening to break off trade ties usually means threats against producers of substitutable consumer goods. But it is just inherently not rational for any business, nation-state, or any other actor to support Taiwan beyond a certain point if it means offending China, after all, the world’s most populated nation and one of the world’s largest economies.

THE INSTRUCTIVE lessons to be taken from the Emirates debacle, then, may be regarding how such blow-ups of public outrage are always an opportunity to raise international awareness of Taiwan’s plight. And these will always require a component of appealing to moral outrage.

Taiwan is not simply a “self-ruled island,” as is oftentimes claimed in international news reports on Taiwan. Taiwan is a de facto nation in all respects, given that Taiwan has its own government, economy, military, currency, and that Taiwanese history has diverged from that of China for hundreds of years. The last time the same government which controlled the Chinese mainland also controlled any part of Taiwan was in 1895, over 120 years ago. 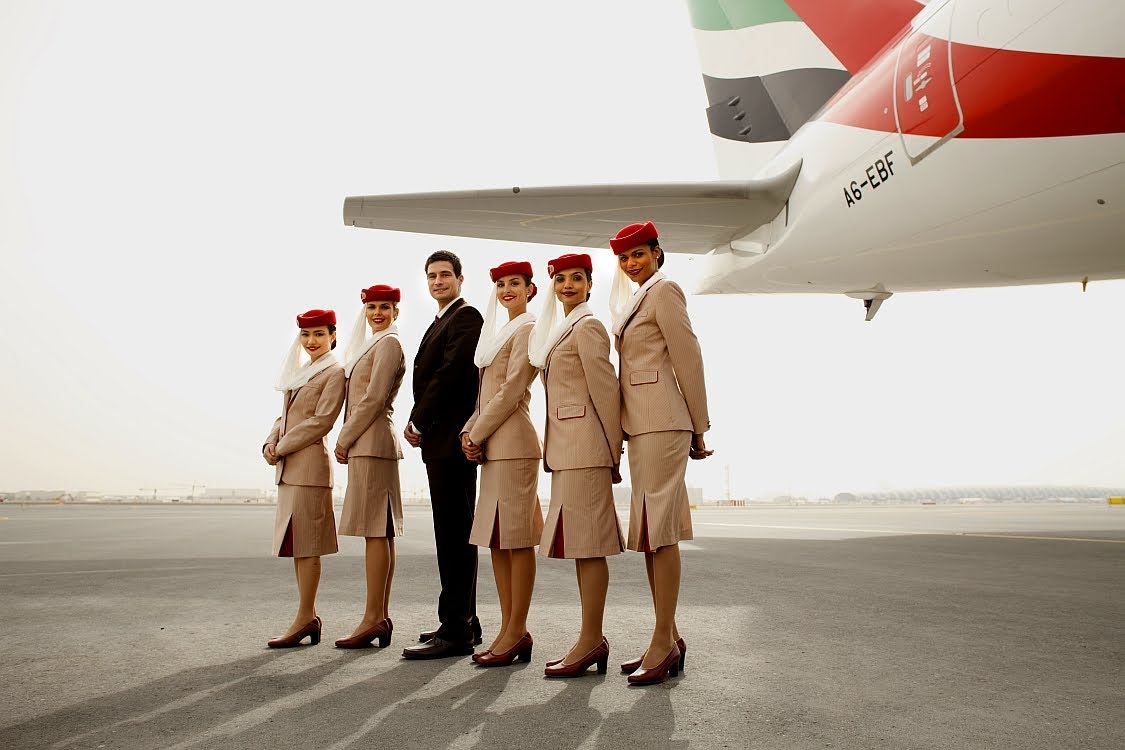 And so, it is of course ridiculous for Taiwanese cabin crew to be compelled to wear pins with the flag of another country, simply because that country claims sovereignty over their country. Modern China is not even imperial China, which did sign away Taiwan to Japan in 1895 after its defeat to Japan in the Sino-Japanese War. Rather, it is the PRC, which came into existence in only 1949.

The actions of Emirates, then, seem rather gutless in allowing the absurdities of what the present Chinese government claim to dictate how it treats Taiwanese. Or it is at the very least highly ignorant of such matters. Can Emirates henceforth claim to be an airline which treats all passengers equally, including Taiwanese passengers, if this is how Emirates treats the cabin crew of a certain nationality, even ordering them to hew to political belief in “One China Policy”? That seems unlikely and would simply be complying with the wishes of China, an international bully.