Are There Lessons From South Korea’s Presidential Election For Taiwan?

THE VICTORY OF Moon Jae-in as president of South Korea draws strong parallels to Taiwan after Tsai Ing-Wen’s election victory in 2016, with the election of a center-left president put into power after a social movement which galvanized much of society. In the case of South Korea, this was the movement to oust Park Geun-hye after it was discovered that Park had come under the undue influence of spiritual advisor Choi Soon-sil. Nevertheless, the election of Moon also raise how the dilemmas faced by Taiwan differ from East Asian nations.

Although the movement to oust Park Geun-hye stems from a rather bizarre origin, the fact that the sitting president of one of the world’s largest economies was having policy dictated to her by a cult leader, the movement was ultimately expressive of widespread political dissatisfaction in South Korea beyond merely outrage over Park’s actions. Namely, Park’s presidency was bound up with the rule of large, family-run conglomerates over much of the South Korean economic landscape. While this may have placated members of the South Korean public in times of strong economic growth, with stagnant wages, lessened opportunities for young people, and the possibility of a break-up of the traditional system of lifetime employment in favor of precarious labor, anger against large conglomerates that dominate the South Korean economic landscape has been on the rise in recent years, particularly from organized labor and from young people. 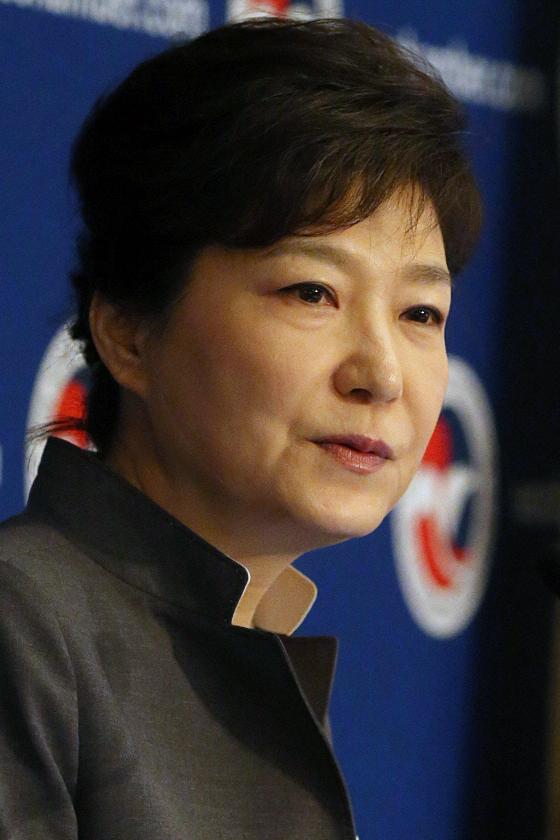 Ousting Park has led some to predict that this will also lead to the end to the rule of these conglomerates, seeing as these conglomerates were aware of Choi Soon-sil’s strange relationship to Park before the public was sought to leverage on Choi Soon-sil’s influence on Park for their own ends. This has led to backlash against Samsung and other groups. And so we can see how the movement to unseat Park was also expressive of growing anger in South Korea against corporate rule, corruption, and undue corporate influence on politics.

Likewise, preceding the movement to influence Park was the movement against the right-wing, nationalist education that the Park administration sought to instill in high school textbooks. Park was the daughter of former dictator Park Chung-hee and was put into power by right-wing political forces active in South Korean politics nostalgic for South Korea’s period of authoritarian rule. As a result, the Park administration sought to whitewash Park Chung-hee’s past crimes. Yet members of the South Korean public would not stand for this, leading to a wave of protests. We can also see the success of the movement to oust Park as also the triumph of the movement which resisted patriotic education whitewashing South Korea’s authoritarian period. It is for this reason that one of Moon Jae-in’s first moves as president was to abolish the history textbooks issued by the Park administration, which had proved so unpopular that only one of South Korea’s 5,500 or so middle and high schools had adopted them.

As a result, one can draw strong parallels to Taiwan. The movement to oust Park involved mobilizing large sections of South Korean society on less a scale than the Sunflower Movement in 2014, which similarly demonstrated anger against undue corporate influence on government when it came to influencing the government towards pro-China policies deleterious of Taiwan’s de facto independence, or the undue influence of pro-China media conglomerates over Taiwan’s media landscape in what was termed “media monopoly”. The movement against the Ma administration’s pro-China textbook changes, inclusive of whitewashing past KMT authoritarianism, was expressed in the weeklong occupation of the Ministry of Education in summer 2015. This is reminiscent of demonstrations against the Park administration’s textbook changes.

The electoral victory of Moon Jae-in further reminds of the victory of Tsai Ing-Wen in the aftermath of the Sunflower Movement. South Korea draws parallels to Taiwan, then, with the election of a center-left president on a progressive mantle following a social movement which galvanized much of society.

Yet on the other hand, Tsai Ing-Wen and her DPP administration have sought to draw Taiwan closer to America, with the view that closer US-Taiwan relations will allow for maintaining Taiwan’s de facto independence. Despite the apparent similarities between South Korea and Taiwan in electing a progressive president after a large-scale social movement, or even structural similarities between South Korea and Taiwan as post-authoritarian East Asian countries, the fact that Taiwan’s center-left leans towards a closer relation to America is a product of Taiwan’s unique geopolitical circumstances which causes it to differ from other East Asian countries as South Korea or Japan.

In South Korea and Japan, it is the center-right and far-right which calls for closer relations with America to oppose China, rather than the center-left, since while South Korea and Japan also face the threat of China obviously neither South Korea or Japan face the possibility of complete loss of sovereignty to any Chinese threat. An important factor in this is probably Taiwan’s lack of any American military bases on its soil; part of the reason why skepticism of closer ties with America is an issue associated with politically progressive political actors in South Korea and Japan is because repeated incidents of sexual assaults or even murders by American military personnel have led to calls for American base withdrawal to become linked with other causes thought of as progressive in South Korea and Japan’s political spectrum, alongside opposition to environmental damage, forced land evictions, and other causes.

But, again, the lack of American bases on Taiwanese soil returns to Taiwan’s unique geopolitical circumstances, since Taiwan would follow the pattern of other East Asian countries with treaty alliances in America if not for One China Policy. Taiwan once had US bases on its soil, but they were withdrawn after America switched diplomatic recognition to China in 1979.

Yet in the way that progressive political actors in Taiwan behave very differently in relation to the US, this returns to what distinguishes Taiwan from other East Asian nations in terms of its political behavior. If Taiwan had not lost US recognition, it probably would still have US bases on its soil, and it is very possible that much of the Taiwanese public would have a much more ambivalent relation towards the US-Taiwan relations because of the disproportionate effects that US bases on Taiwanese soil would have on political discourse in Taiwan—in spite of the threat of annexation that Taiwan faces from China.

Again, the South Korean comparison is also fruitful here. In the same manner as Taiwan’s constant threat of military annexation from China, South Korea has hanging over it all times the supposed nuclear and military threat of North Korea—something that THAAD installment and closer ties with the US are supposed to defend against. Yet, in spite of this fact, the South Korean public has just elected a progressive president skeptical of stronger US-South Korean relations, inclusive of THAAD installation in South Korea.

Indeed, before proponents of closer US-Taiwan ties become outraged at these comparisons, we do well that noting the differing political behavior of South Korea and Taiwan in relation to the US despite supposed constant threats from North Korea or China does not need necessarily lead to any judgments for Taiwan regarding what its relation to the US should be, but are simply an observation about an objective set of circumstances. One finds Taiwan experts, particularly of an international relations bent, sometimes demonstrate remarkably lacking knowledge about the political discourse of Taiwan’s neighboring countries, particularly regarding the role that US bases occupy in political discourse in South Korea and Japan. And oftentimes, the view that stronger US-Taiwan ties stand to benefit defense of Taiwan’s de facto independence leads to deliberately shutting one’s eye to things one does not want to see, with regard to that Taiwan’s neighboring countries do not in all cases see closer ties with the US as an unequivocal good.

However, we might also ask, while such individuals may also claim to be politically progressive, the irony here is that in this light, the election of a political progressive in South Korea as Moon will have to be seen as a bad move because of its potential negative impact on building stronger US-Taiwan ties and cementing together East Asian countries under American auspices to counter China. So should advancing Taiwan’s particular interests take priority over internationally-oriented progressivism, then?

Either way, political developments in South Korea following the election of Moon will be worth keeping an eye on for Taiwan. This would not only because of the potential effects on Taiwan, but because of how South Korea is in many ways a foil to Taiwan, given their similar history but different political behavior.