A RECENT POLICE raid in Hong Kong on the live house Hidden Agenda have provoked anger in Hong Kong, Taiwan, and other parts of the Sinophone world. Hidden Agenda’s owner, Hui Chung-wo, was among those arrested, as were some members of the audience and at least one other staff member of Hidden Agenda. British act This Town Needs Guns (TTNG) and American musician Mylets were taken into custody for alleged visa violations regarding performing while lacking the right visa for performing, a challenge oftentimes faced by musicians performing internationally.

Many questions to be remained about the detention of Hui, TTNG, and Mylets. All have been released on bail at this point, with TTNG temporarily allowed to leave Hong Kong pending having to return for Hong Kong at a later point. At one point Hui was detained for over 16 hours incommunicado. Video footage from the raid showed Hui being dragged by the police and requesting medical attention afterwards, which he was not granted by police before he was taken away. 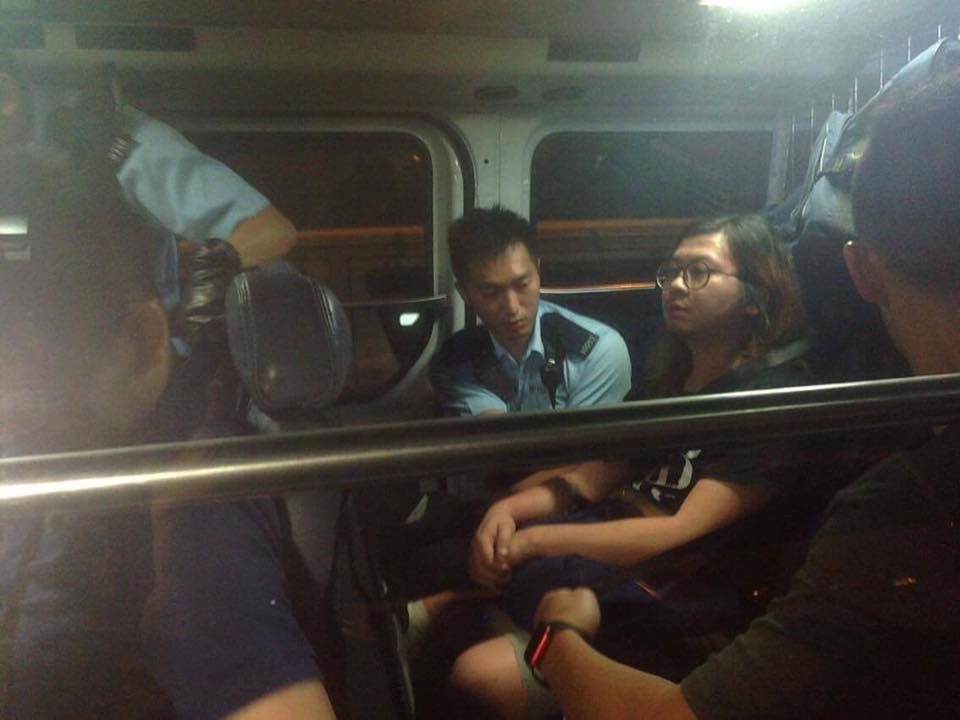 In particular, the raid on Hidden Agenda is seen as part of the trend of diminishing spaces for young people to enjoy non-commercial music and art in Hong Kong. Hong Kong is, of course, one of the world’s most expensive cities and Hong Kong society is marked by high social inequality. After all, in today’s Hong Kong, young people are unable to even afford such basic needs such as housing.

Consequently, it is already a challenge to have spaces in which indie artists operating outside the mainstream can perform in because of the expensive rents in Hong Kong. This is part of the reason why Hidden Agenda had already needed to move locations several times before in the past. Hong Kong laws also make it difficulty for venues without large financial backing to operate, hence why Hidden Agenda is technically registered as an eatery rather than a music venue. This would not be the first time Hidden Agenda has faced police raids or police harassment either, but it would be the most dramatic incident to date.

Owing to diminishing autonomy from China in recent years for Hong Kong and increasing restrictions on freedom of expression in China under Xi Jinping, the police raid on Hidden Agenda may be part of this. In the last several years, live houses in Beijing and other parts of China as Mao Live House have closed because of increasing legal challenges to continue operating, including rising costs, and growing restrictions on live performances due to censorship concerns. Punk musicians, for example, are viewed with suspicion by the Chinese government because their lyrics may contain references to sex and drug use, hardly the sort of wholesome entertainment that the Chinese government would like to promote for Chinese citizens. 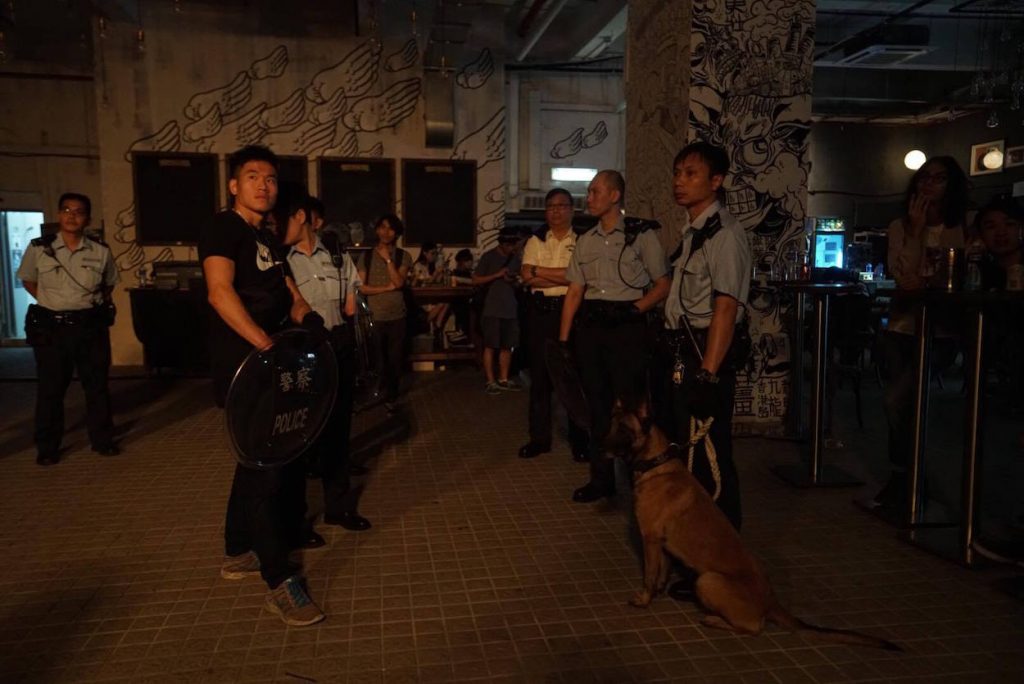 Nevertheless, with calls to save Hidden Agenda from all across the Sinophone sphere and beyond, Hidden Agenda’s plight has resonated with many. In general, while some of the police harassment faced by Hidden Agenda may ultimately return to the increasingly restrictive situation in Hong Kong, Hidden Agenda’s plight is common to music venues and art spaces across Asia. Music venues, clubs, and other spaces face challenges in continuing to operate, particularly under conditions of rising rent and gentrification. Yet they make easy targets for politicians hoping to present an image of cleaning up the city, because of noise complaints as well the perception among some sectors of society that these spaces are havens for drug use and sexual debauchery.

Taiwan went through a similar incident with the closing of Underworld, a live house located near NTNU which was a seminal incubator for many independent bands, in 2012. Taipei has gone through dry spells in which few live houses or clubs were allowed to operate, which has large implications for the cultural scene in Taiwan as a result of Taipei being Taiwan’s capital. In particular, it often is the case that politicians seize upon public incidents to demanding the closing of bars, nightclubs, and live houses, as observed in backlash against clubs in Taipei after a plainclothes policeman was beaten to death in Xinyi in 2014 and the shuttering of many bars in Taichung after a fire at a pub in 2011 that left 9 dead.

This targeting of spaces for young people by politicians would be a broader problem in Asia. For example, rising attitudes of social conservatism in Japan and attempts by Japanese politicians to regulate the activity of young people, for example, led to bans on dancing after midnight in Japan in past years using a 67 year old law which remained on the books, though this was later amended in 2016. 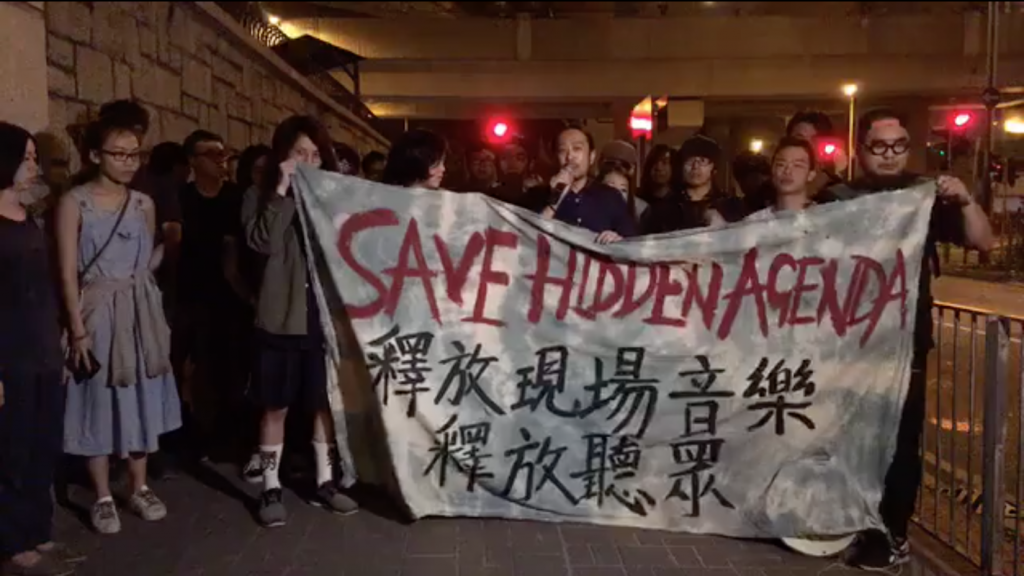 But oftentimes it is due to rising rents and the rapidly gentrifying urban landscape, which lead to venues lack adequate safety measures, and can be the cause of deadly accidents. In recent memory, the death of 36 in a fire at the Ghost Ship warehouse art space in California in 2016 is illustrative of what can be the product of young people having no spaces for themselves and being forced to operate off the grid in unsafe conditions due to lack of resources as a product of gentrification.

When problems of safety cause issues at live houses, clubs, or other venues, oftentimes this returns to the failure of to the government to provide for young people to have places to entertain themselves, given rising rents and restrictive legal measures that make it difficult to operate venues—again, returning to the outright opposition of conservative politicians in allowing young people any form of nightlife. And as perhaps evidenced in the Xinyi stabbing incident, at other points, the lack of affordable spaces for young people sometimes leads to events taking place in spaces controlled by organized crime, which can be similarly disastrous.

Drawing parallels to Hidden Agenda, it is also true that in Taiwan, many independent music venues operate as eateries or other businesses instead of as venues, because of challenges in obtaining the legal status to operate as a venue. In many cases, the police turns a blind eye to this, but, as seen in the case of Hidden Agenda, at other times they can abruptly decide to crack down. In this sense, then, the challenges faced by Hidden Agenda are broadly reflective of challenges faced by music and art spaces worldwide. Whether the public in Hong Kong is able to win its fight to keep Hidden Agenda open or not is up in the air, but attempts by the police to shutter Hidden Agenda are reflective of a broader social issue also seen in Taiwan, Asia, and other parts of the world.