THE RECENT INTRODUCTION of an alternative military service program which allows draftees to work jobs in fast food chains, convenience stores, and other service industry jobs to fulfill their military service requirement have provoked much scorn, particularly from Taiwanese netizens. After an announcement by the National Conscription Agency of the Ministry of Interior declaring that conscripts would be eligible to work for fifteen fast food restaurant chains, this program has been mocked as “Pot Sticker Alternative Service”, with the suggestion that military recruits would be frying pot stickers in fast food restaurants such as pot sticker chains Bafang Yunji (八方雲集) or Sihai Youlong (四海遊龍).

A wave of mockery began after the announcement of company list of the Industry Reserve Substitute Service program by the National Conscription Agency last month and the release of an advertisement by Sihai Youlong calling for recruits using military iconography. In response to criticism, government officials have defended themselves by claiming that recruits would work managerial positions, rather than be frying pot stickers, and that skilled managerial recruits are vital for the continued functioning of the service industry in Taiwan. Premier Lin Chuan has criticized the idea as being a strange one and called for an investigation into who approved of the plan. 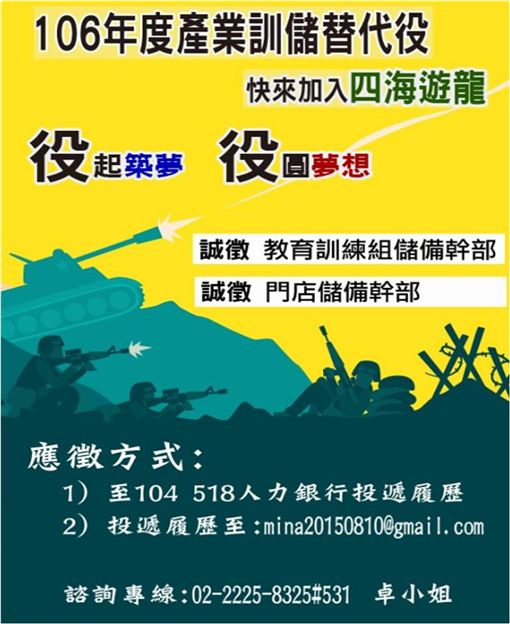 The ad by Sihai Youlong which provoked online mockery

In Taiwan, all able-bodied males from 19 to 36 to are required serve in the military or in alternative civil service programs in lieu of serving in the military. Nevertheless, the military service program in Taiwan has a poor reputation. On the one hand, the military is seen as failing to produce the disciplined troops Taiwan may need to ward off military invasion from China. This can be observed in incidents such as the accidental firing of a supersonic missile in a July 2016 incident which cost the life of Taiwanese fisherman and injured several others. On the other hand, despite the ineffectiveness of the military, military service consumes a significant period in the lives of young men in their 20s or early 30s and can be disruptive of life planning in the limited span of one’s youth. Likewise, the military is criticized for its opacity, as reflected in the death of military recruit Hung Chung-Chiu under unclear circumstances and the attempted cover-up of his death which followed. And the military is also seen as a bastion of ROC nationalism out of step with the sentiments of the Taiwanese public.

On the other hand, the alternative military service program has been criticized for its low pay and lengthy period of service, in which participants may be tied down for up to three years for a job that only pays 19,500 NTD per month—well below what is livable. As such, the alternative military service program is seen as a way of obtaining cheap labor from young people. The Taiwanese government has been criticized in the past for being willing to let young people continue to live on less than subsistence salaries through programs such as a 2009 program for reimbursing businesses 22,000 NTD per month for hiring recently graduated college students, which led to the businesses paying recently graduated college students no more than a 22,000 NTD salary and in this way using recent graduates as free labor. 22,000 NTD per month is already the starting salary for college graduates. Government officials as then-Minister of Labor Jennifer Wang further provoked controversy through claims that young people should be grateful to receive even 22,000 NTD per month, seeing as they previously did not have jobs, and blaming young college graduates for not having work lined up for themselves at the time of graduating.

With the expansion of alternative military service to include working for the service industry, tech industry, or other sectors and not just within the government civil service, it is also to be noted that the corporations which qualify for alternative military service are in some cases large conglomerates with longstanding ties to the ROC developmentalist state that run many enterprises, inclusive of fast food chains, convenience stores, and other businesses commonly seen in Taiwan. The ROC developmentalist state behind the so-called Taiwanese economic miracle privileged the large conglomerates with longstanding ties to the state. Those who served the party-state that then-existed under the KMT, such as members of the military, public servants, and teachers (軍公教), constituted a privileged class. We are currently witnessing the deterioration of this system of class stratification in recent political turmoil about pension reform, in which the post-authoritarian state is now attempting to peel back the privileges once granted to this class. 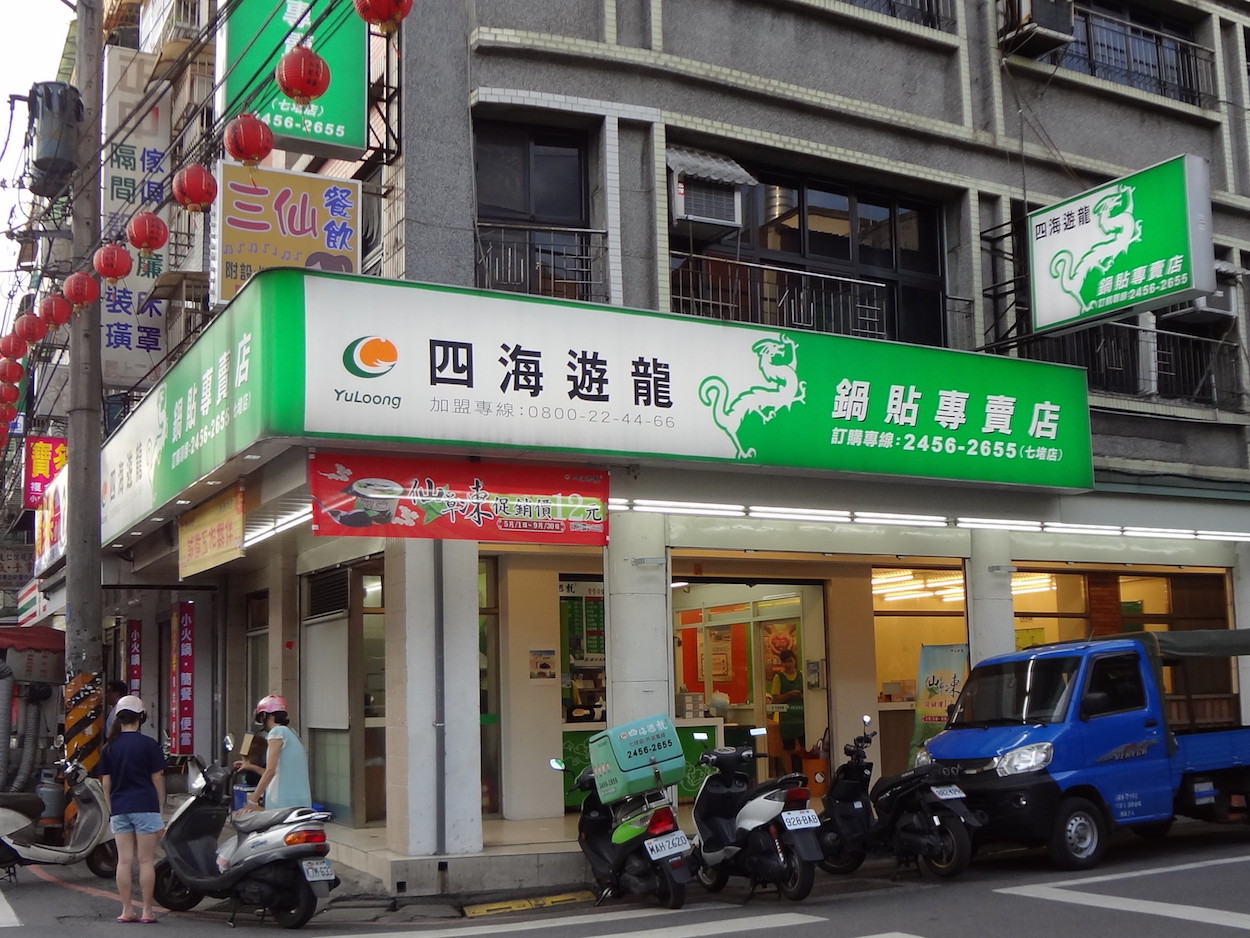 However, strong ties between corporations and the state persist in the post-authoritarian period. With the growing process of precarious labor and marginal employment in Taiwan and across the world, disproportionately affecting young people, with the “Pot Sticker Alternative Service” program that is in theory a public service program, we can see how the system which once privileged members of the military, public servants, and teachers through providing them generous benefits for their work has in a way transformed into its apparent opposite. This would be through its becoming a system for conscripting young people to work for corporations as cheap and menial labor.

Indeed, the expansion of alternative military service to work directly for corporations reveals quite starkly the ties between the state and corporations which continue to be a characteristic of the Taiwanese economy, even after the dissolution of the KMT party-state. Moreover, “Pot Sticker Alternative Service” generally reflects larger trends in East Asia, in which the phenomenon of “regular work” in stable corporate jobs that one could expect after college has increasingly broken down in favor of precarious and marginal forms of labor by young people under conditions of neoliberalism.

This truth is what is behind the phenomenon of “Pot Sticker Alternative Service” and, despite the apparent ludicrousness of the policy, it is hardly something that can simply be laughed off. The issue, then, is one which is revealing of the nature of the ties between ostensibly private corporations and the government which continue to exist in present-day Taiwan, something which has also leaked out into the open through incidents as the Mega Bank scandal, or the ties of many ostensibly private organizations to the state unearthed in the process of the KMT party assets probe. And whatever the claims of government officials as Premier Lin Chuan that there will be an investigation into whoever issued this plan, or suggestions that the government may try to back away from this policy altogether, this is merely making excuses about the substantial state-corporate ties which persist in the present era of Taiwanese politics.