22 Sunflower Movement activists were found not guilty today, including Lin Fei-Fan, Chen Wei-Ting, Huang Kuo-Chang, Tsay Ting-Kuei, and Tseng Po-Yu. In his comments, Huang thanked supporters, including the lawyers involved in the case, and that the trial took into account the overall effects of the Sunflower Movement on Taiwan. Tseng Po-Yu stated the importance of standing up for Taiwan’s democracy, in the sense that democracy is something which is lived and demonstrated, and that this is not a guilty act. Tsay Ting-Kuei would take the opportunity to raise the unsettled issues of Taiwan’s colonial history, including the continued existence of the Republic of China government-in-exile in Taiwan, and stress that the importance of that the “318” Legislative Yuan occupation was a nonviolent act of civil disobedience. 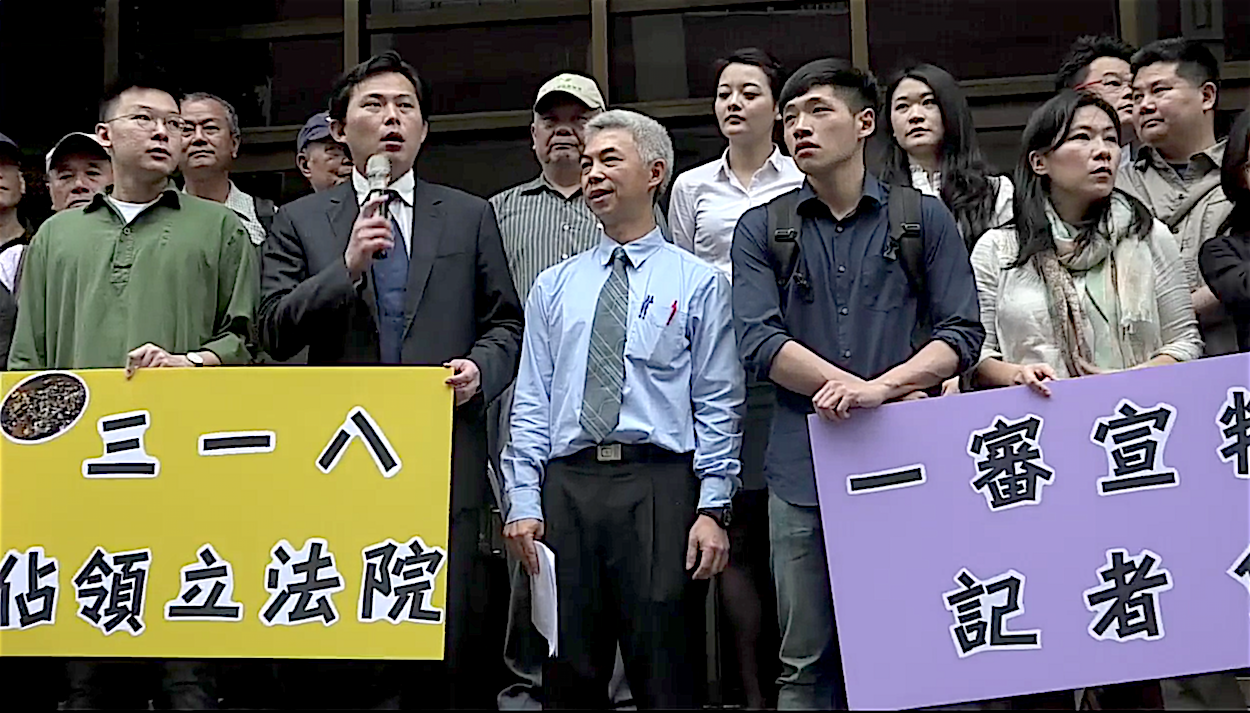 In particular, Chen Wei-Ting would stress that because the issue of the 318 Legislative Yuan occupation seems to have been settled, one cannot forget that the cases for the “324” attempted occupation of the Executive Yuan or the “411” demonstration surrounding Zhongzheng First Police Precinct are still ongoing. Likewise, Chen took the opportunity to criticize the DPP; just as it is now three years after the Sunflower Movement, it is now one year since the DPP took office, and in that year we have witnessed the backsliding of the DPP on its commitment key demands called for by the Sunflower Movement, such as the cross-straits oversight bill intended to monitor future cross-strait agreements between Taiwan and China. With the 19th National Congress of the Communist Party of China slated to take place this year, pressure on Taiwan is expected to increase and a meeting is scheduled to take place between American president Donald Trump and Chinese president Xi Jinping, in which it is unknown what will happen. But while this would suggest the cross-straits oversight bill being more important than ever, the DPP has backed away from the notion for fear of worsening relations with China.

Lin echoed Chen’s comments, stating that if participants of the 318 Legislative Yuan occupation had been found guilty, participants of 324 and 411 should also be found not guilty. Lin also reiterated the pressing need for judicial reform in Taiwan and that he hoped the results of today’s trial was a sign of progress in judicial reform. In regards to the unfulfilled demands of the Sunflower Movement also raised by Chen and other speakers, Lin raised that whether or not Taiwan has accomplished these demands can be seen as a sign of Taiwan’s progress along the road of democracy, and that this is the means by which Taiwan should defend itself from China’s attempts to encroach on its sovereignty. Namely, the point of the cross-straits oversight bill is to have a democratic safeguard against the actions of any political party in Taiwan which make take actions which allow for Taiwan’s sovereignty to be negatively impacted by China, whether DPP, KMT, or any other party. Lastly, Lin stated that the Sunflower Movement was not over so long as democracy in Taiwan continues to need safeguarding.

THE RESULTS OF the trial are not, in fact, particularly surprising. Though the trial began under the Ma administration, taking a hard line on the Sunflower Movement would not be desirable for either a KMT or DPP administration. And so it can be imagined that either administration would have preferred a light sentence or no sentence. It can be expected that the judge would be aware of this fact, regardless of their own political views. Actions against the leaders of the Sunflower Movement could be read as political persecution and this might have led to sharp reactions from society. Coming from a KMT government, this would have led to further outrage against the KMT. On the other hand, coming from the DPP, this would have been seen as the DPP betraying its values and turning on the young people of Taiwan, the support of which was crucial for its taking power in 2016 presidential and legislative elections. As such, one heard numerous calls for leniency within the courtroom during the trial process. Nevertheless, the point is not for anyone to be grateful to the DPP with the view that the DPP was behind letting Sunflower Movement leaders off the hook either, in light of the fact that it means very little if the DPP decides to let Sunflower Movement leaders get off easy but, overall, fails to fulfill its promises to Taiwanese young people. 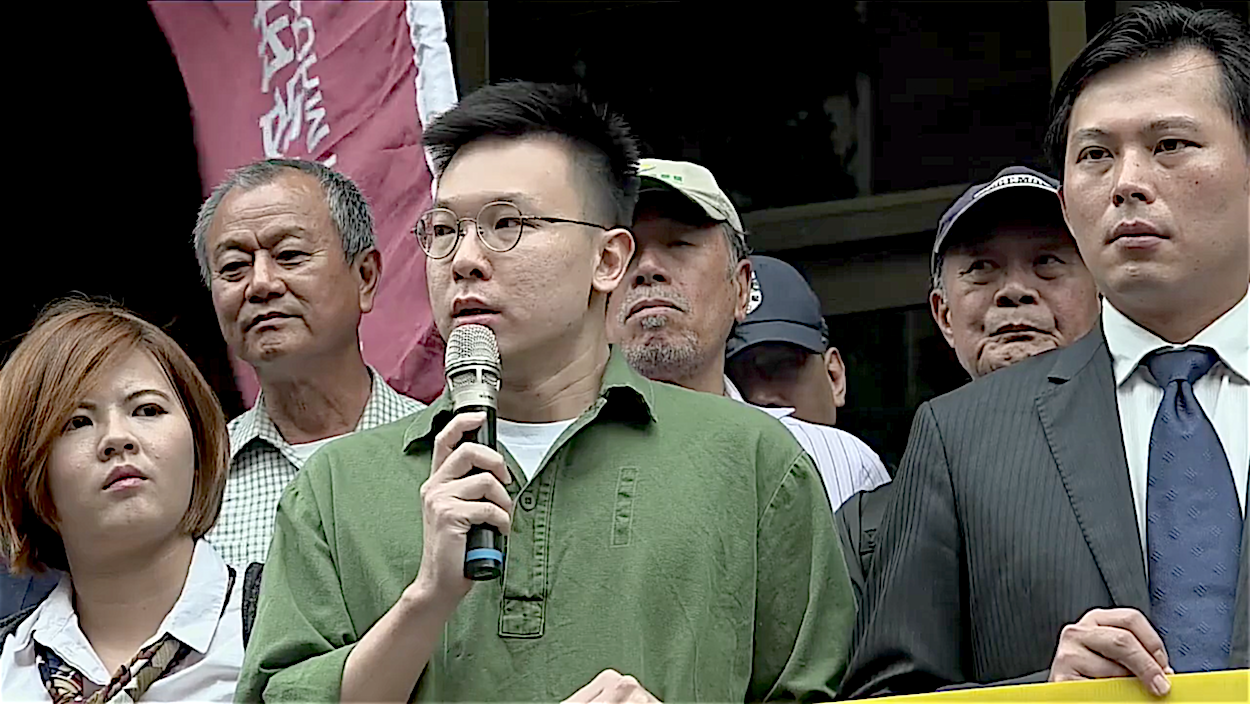 And, as pointed out by Sunflower Movement leaders as Lin and Chen, the sentencing for the “324” attempted Executive Yuan occupation and “411” demonstration outside of Zhongzheng First Police Precinct has yet to be heard. While the “318” Legislative Yuan occupation has come to be seen as a justified act of civil disobedience, in light of the undemocratic actions of the KMT, the latter two incidents are more controversial. At the time of the March 24th occupation of the Executive Yuan, some saw the incident as a sign of splits within the Sunflower Movement and even media outlets sympathetic to the Sunflower Movement labelled participants as being no better than terrorists, including stoking conspiracy theories that participants intended terrorist actions as blowing up the Executive Yuan.

Indeed, as with any movement, what actions are considered to be justified is always a matter of public debate. Obviously, “318”, “324”, and “411” alike all involved the breaking of some laws, but what actions are considered correct and which are not vary depending on public perception. In reality, in consideration of what went on behind the scenes, the difference between all three incidents is much more a matter of tactics rather than intent, but it remains to be seen how the latter two incidents will be judged. 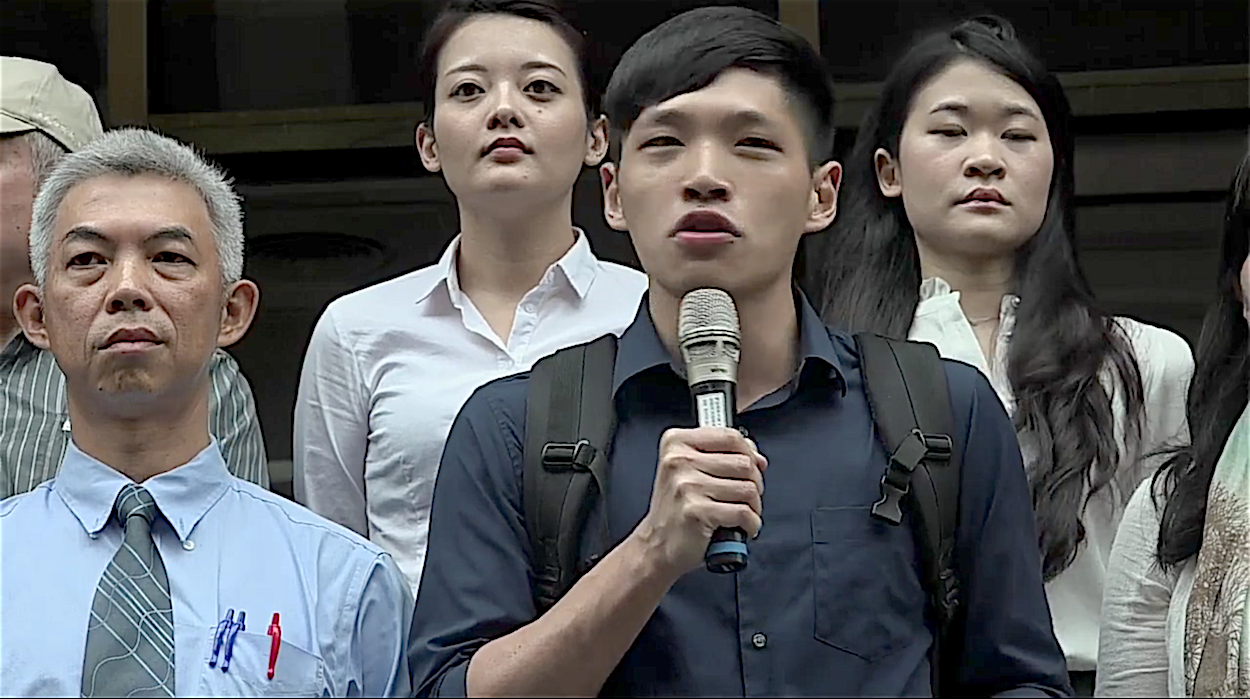 Looking to neighboring Hong Kong, with recent crackdowns in Hong Kong against leaders of the Umbrella Movement following the election of Hong Kong’s new Chief Executive, Carrie Lam, a pro-Beijing hardliner, one can observe the sharp difference between Taiwan and Hong Kong. In Hong Kong, the courts are subject to Beijing’s will, and there seems little chance that Umbrella Movement participants will be let off the hook easy because their actions come to be seen as justified even by members of the justice system. If Umbrella Movement are, in fact, let off easy, this will be because Beijing decides that it would be overly provocative of the Hong Kong public to persecute them at this time.

But one in fact wonders if events in Taiwan will have an effect on Hong Kong, since if Sunflower Movement leaders are let off the hook by the Taiwanese court system, China may decide that Hong Kong courts need to take a much firmer line with the leaders of the Umbrella Movement in order to make them into an example. We shall see in regards to not only “324” and “411,” then, but also Hong Kong.