What Can The NPP Do To Distinguish Itself From The DPP?

THE NPP SEEMS set for collision with the DPP in the near future, due to increasingly strained ties between the pan-Green frenemy parties. What ultimately may provoke a split between the two parties is reversals on key issues made by the DPP which the NPP has not reversed course on, such as gay marriage and passing a bill into law to provide oversight on cross-strait trade agreements, the latter of which was a key demand of the Sunflower Movement.

Namely, 2018 elections are upcoming, and what strategy the DPP will take regarding the NPP remains to be seen. The DPP was willing to work with the NPP in past elections, hoping to present an image of having the support of Taiwanese young people in the wake of the Sunflower Movement. The DPP may have also hoped to co-opt members of the NPP down the line or to use the NPP as a “flanking” party which could present a strong stand on certain issues that the DPP would have more difficulty coming into the open about.

But since the DPP’s overwhelming victory in 2016 presidential and legislative elections and the NPP winning five seats in legislature, the DPP has failed to stick to several major campaign promises. DPP majority speaker Ker Chien-Ming led a wing of the DPP in backing away from Tsai Ing-Wen’s campaign promise that she would legalize gay marriage, instead pushing for civil partnerships. Very probably, elements of the DPP were never strongly in support of gay marriage to begin with, and the push for gay marriage came primarily from Tsai Ing-Wen. Shows of force by Christian anti-gay groups would be what provided leverage for recalcitrant DPP legislators to back away from the issue, but Tsai Ing-Wen likely embraced the issue as part of efforts to create a progressive social image for Taiwanese society internationally. 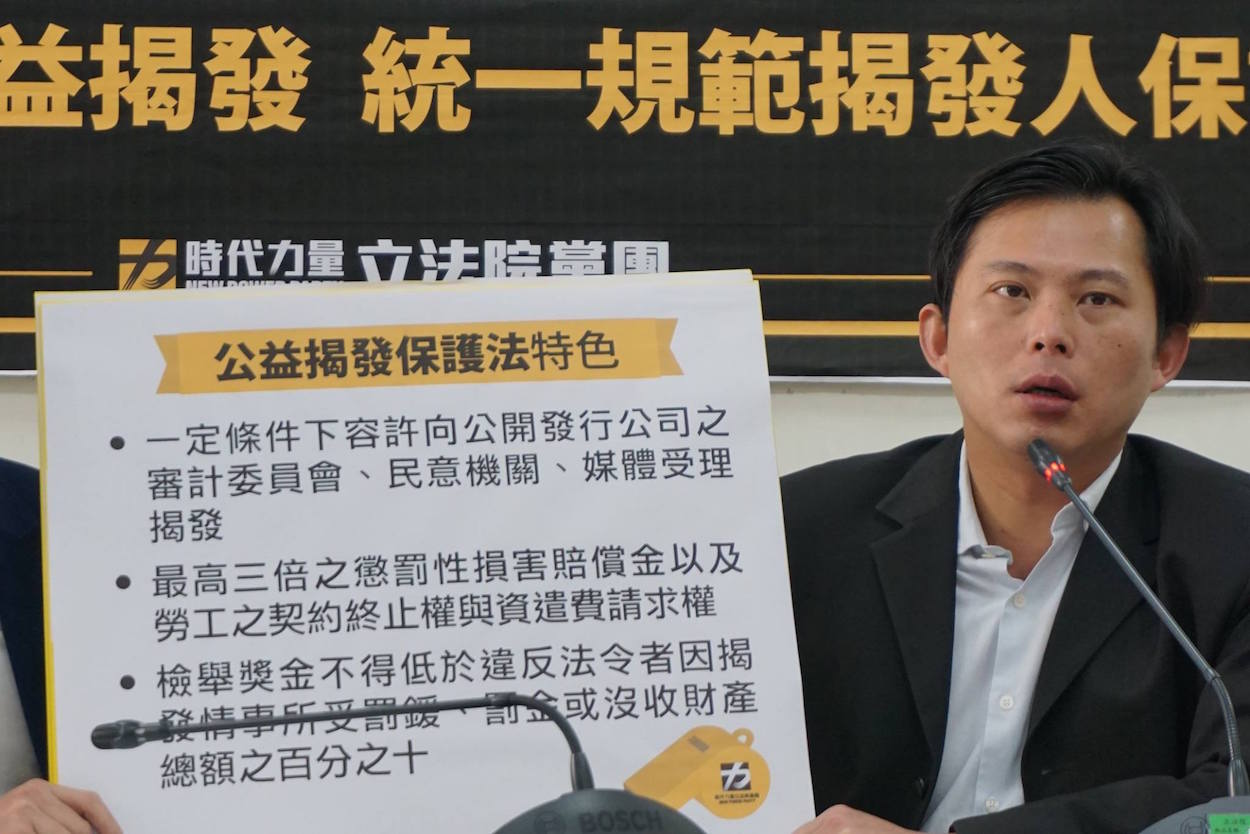 The issue on which the DPP and NPP has come closest to blows, however, would be labor policy, with conflicts over the issue of “one flexible rest day” and “one set day off” per week. The NPP sided strongly with labor groups demanding that workers have two set days off per week rather than one set day off and one “flexible rest day” in which they could still be made to work, leading DPP majority speaker Ker Chien-Ming to accuse Huang Kuo-Chang, the party chair of the NPP, of secretly orchestrating labor protests from behind the scenes in order to give the DPP trouble, an absurd claim. The Tsai administration’s waffling on labor policy seem to be a major reason for its decline in approval ratings in recent times, but the issue is still somewhat unusual as having been a sharply dividing one between the NPP and DPP.

Nevertheless, we do well note to note that NPP legislator and party chair Huang Kuo-Chang is currently facing a recall vote from anti-gay groups due to his consistent support of gay marriage in spite of the DPP’s backing away from the issue. It is a question as to whether Huang will actually be recalled, but it seems quite likely that Huang’s opponents will be able to gather enough signatures to call for a recall vote. As observed with attempts by civil society to recall hated KMT legislators through initiatives as the Appendectomy Project, it is an uphill challenge to push for recall votes in Taiwan. But, as a result of these circumstances, the ball is in the DPP’s court as to whether the DPP will support Huang during his recall vote or abandon him. 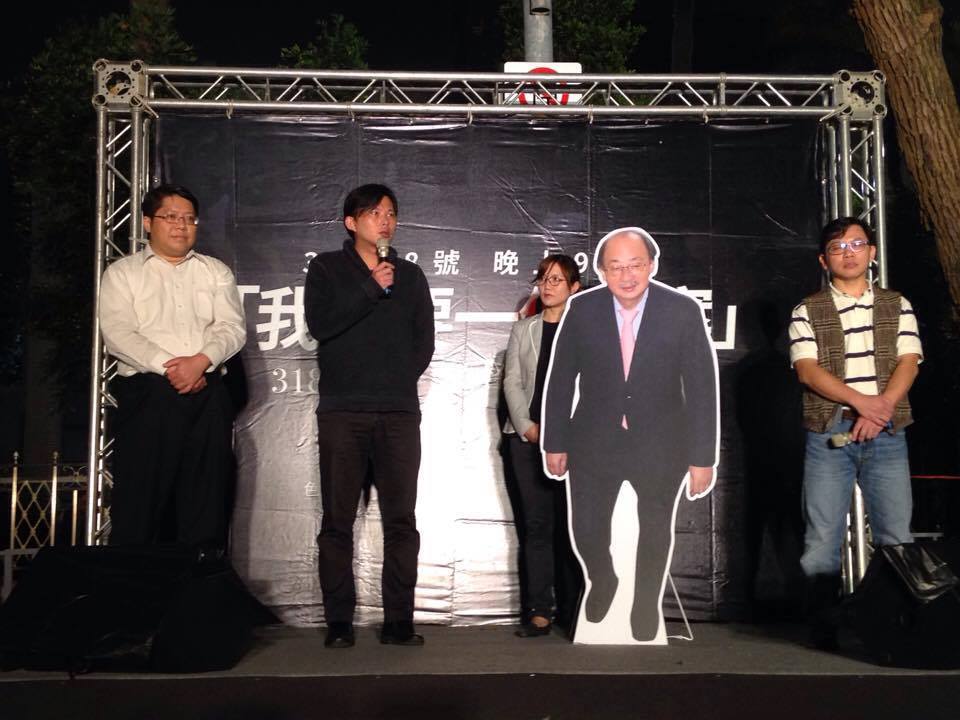 Huang onstage during an event held to commemorate the third anniversary of the 318 Sunflower Movement occupation of the Legislative Yuan alongside a cardboard cutout of Ker Chien-Ming. Photo credit: New Power Party

Indeed, although rumors also swirl that Huang may seek to run for mayor of New Taipei City with DPP support (or even more outlandish rumors suggesting that Huang harbors ambition to run for president of Taiwan), present circumstances make such a run seem unlikely. One, in fact, questions where these rumors are coming from and whether they are intended to discredit the NPP by making it seem as if the NPP and Huang’s ambitions in particular have unrealistically high aims.

Huang facing a recall vote thus pushes the issue as to what stance the DPP will adopt regarding the NPP in 2018 elections. Moreover, if the DPP decides to abandon Huang, this raises quite strongly the issue of the DPP’s reversals on campaign promises as compared to the NPP’s consistent stances. This could potentially allow the NPP to widen its space in the pan-Green coalition by attracting the loyalty of pan-Green camp members who come to perceive the DPP as having abandoned core pan-Green principles such as a pro-independence stance but see the NPP as retaining these values. 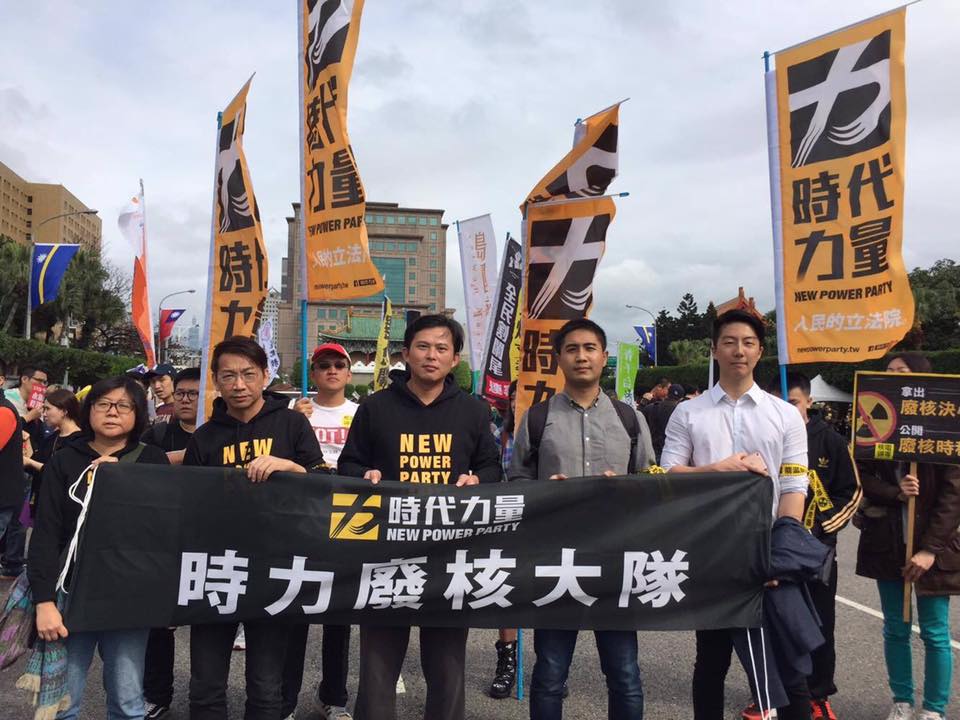 It has been a major challenge for the NPP to differentiate itself from the DPP and ensure that the NPP appears independent from the DPP, with the aim of establishing a second major pro-Taiwan party in legislature. If done correctly, this could be an issue which allows the NPP to differentiate itself from the DPP through demonstrating overt conflict between the two parties, and proving the NPP the party which clings more steadfastly to its values. Indeed, if the NPP is able to make itself seem as a more viable and sustainable alternative to the DPP, rather than a party which might rapidly dissolve in future elections if things go wrong, perhaps the NPP could aim to provoke a split within the DPP between its left and right political wings in the hopes that members of the left-wing of the DPP will become tempted to leave the party to join the NPP.

Nonetheless, another possibility would simply be that Huang is recalled as legislator, regardless of whether the DPP supports him or not, possibly proving irreparably damaging for the NPP. The perception would be that if the NPP’s party chair is recalled, this demonstrates the weakness of the party as a whole. Consequently, voters may lose faith in the viability of the NPP and simply vote DPP next time around in 2018 elections. Or, as the NPP primarily ran in light Blue areas, it could be that voters who previously voted the NPP into office actually return to voting for the KMT.

Much remains to be seen. Certainly, challenges such as these will be a hurdle that the NPP needs to overcome if it hopes to grow as a party. But sticking to a conservative strategy which depends entirely on DPP support not only leaves the NPP at the mercy of the DPP, but also will not allow the party to develop any independent existence for itself. Taking risks and overcoming challenges may be of vital importance to the NPP’s future growth if it hopes to carve out a path of its own in Taiwanese politics.